Royal for a Day: Germany's Palaces and Castles Are Fit for a Queen

Everyone fantasizes about traveling like royalty, but in Germany, you really can. Germany is littered with palaces and castles set high up on the hilltops with twisting turrets and foreboding moats, each more impressive than the last. These incredible structures are symbols of the country’s power and prestige, privy to secrets and stories written within the worn walls. Full of history and incredible architecture at every turn, if you’re looking to vacation like a king or queen, here’s where to live out the fairytale. 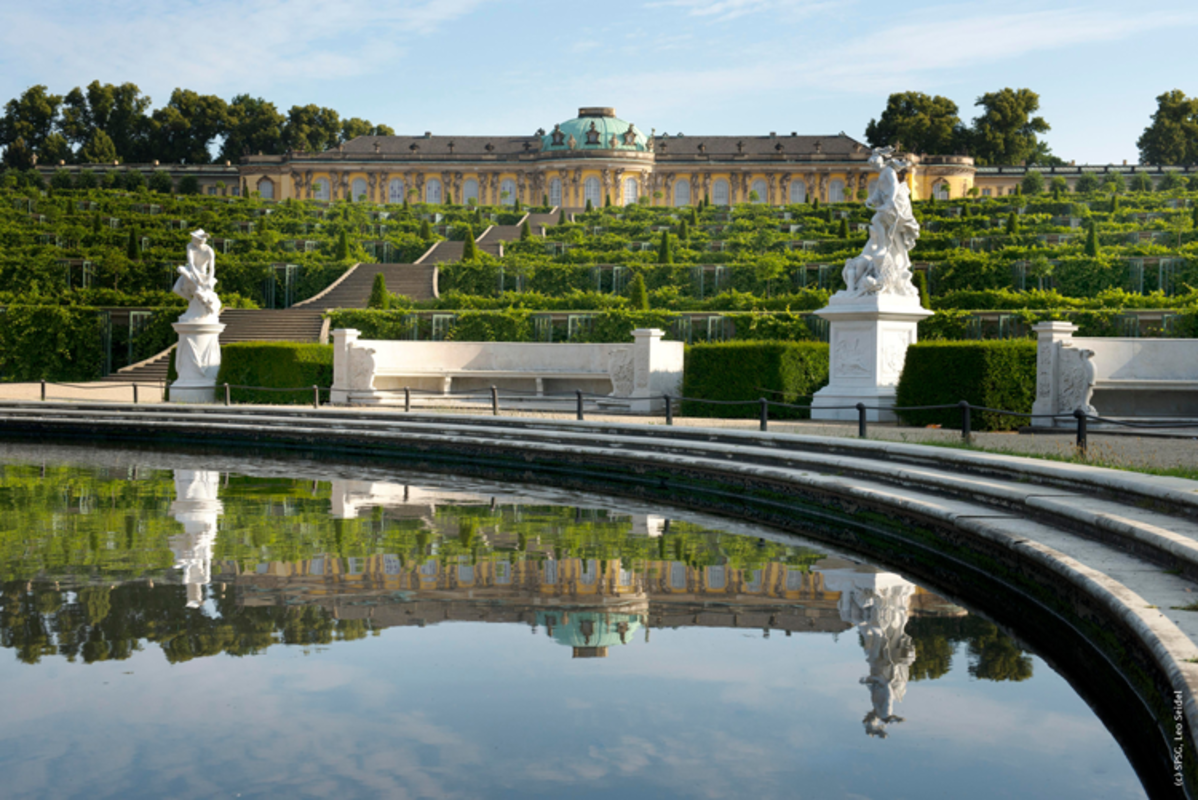 Palaces and parks of Potsdam and Berlin

An entire village dedicated to palaces and parks, Potsdam feels like a storybook brought to life. The architectural marvels extend all the way to Berlin so you could spend days meandering the town and hobnobbing with nobility. There are about 150 buildings in total with standout sights being the Babelsberg Palace and Park, Glienicke hunting lodge, Sacrow Park and Palace, the New Gardens, the Marble Palace, Alexandrowka, Cecilienhof House, and the Dutch quarter. The crown jewel of the community is Sanssouci Palace, which draws over a million tourists a year and is said to rival Versailles. Commissioned in 1745 as Frederick the Great’s summer residence, the monarch’s home is a treasure trove of art and terraced gardens, and is even set on a vineyard. 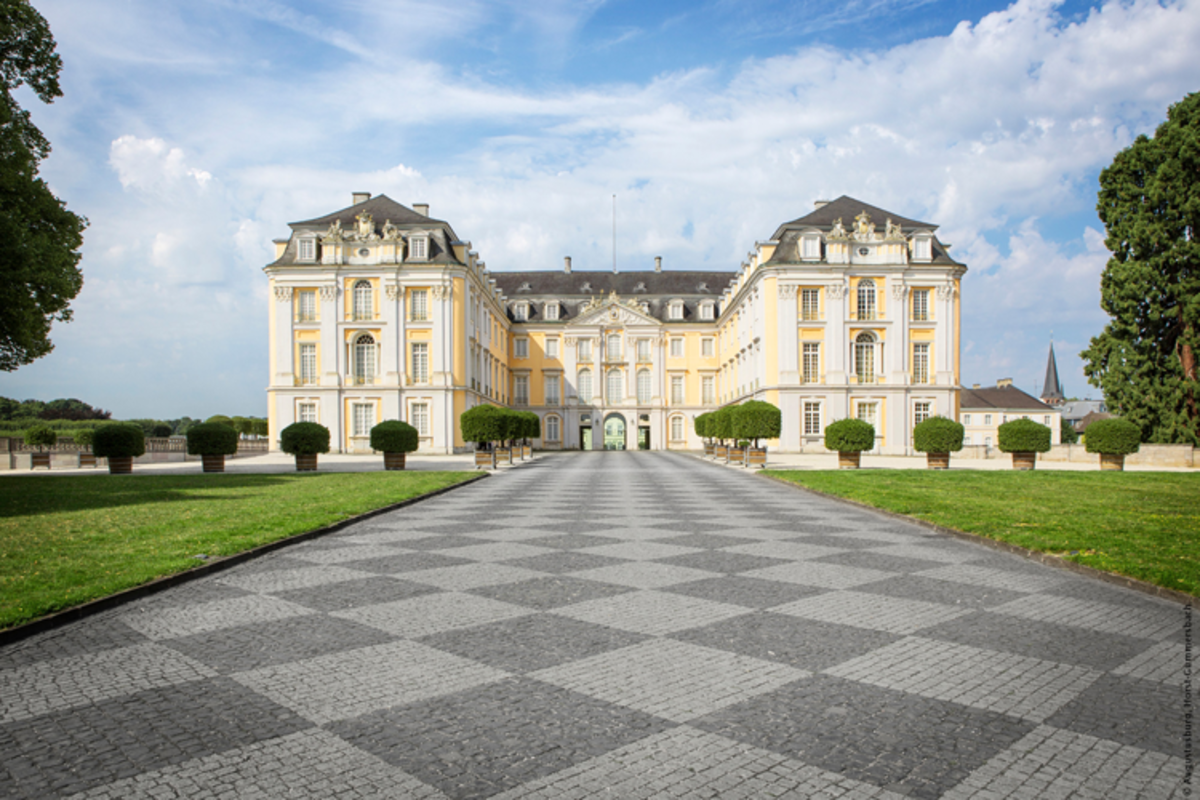 Augustusburg, simply known as Brühl Palace, was a favorite residence of Clemens August, Archbishop-Elector of Cologne. One of the most enviable constructions of the period, it took over 40 years and an entire team of architects to complete. Just one glance at the magnificent staircase and you can see the ornate detail and graceful intricacies that are characteristic of Rococo design. Augustusburg is comprised of three wings and a handful of adjoining properties, but the grandeur continues through the gardens to Falkenlust, the hybrid hunting lodge/country retreat for when the monarchy was in need of a staycation.

One of the most spectacular royal palaces in Europe, this baroque marvel was a collaborative effort between the greatest artists of the time. Lead by head architect Balthasar Neumann, the team drew inspiration from Vienna to Paris, incorporating the best elements across the continent. Each detail from the frescos to the ornamental wood carving was the work of the specialist in their field, contributing their best assets to the enviable home. 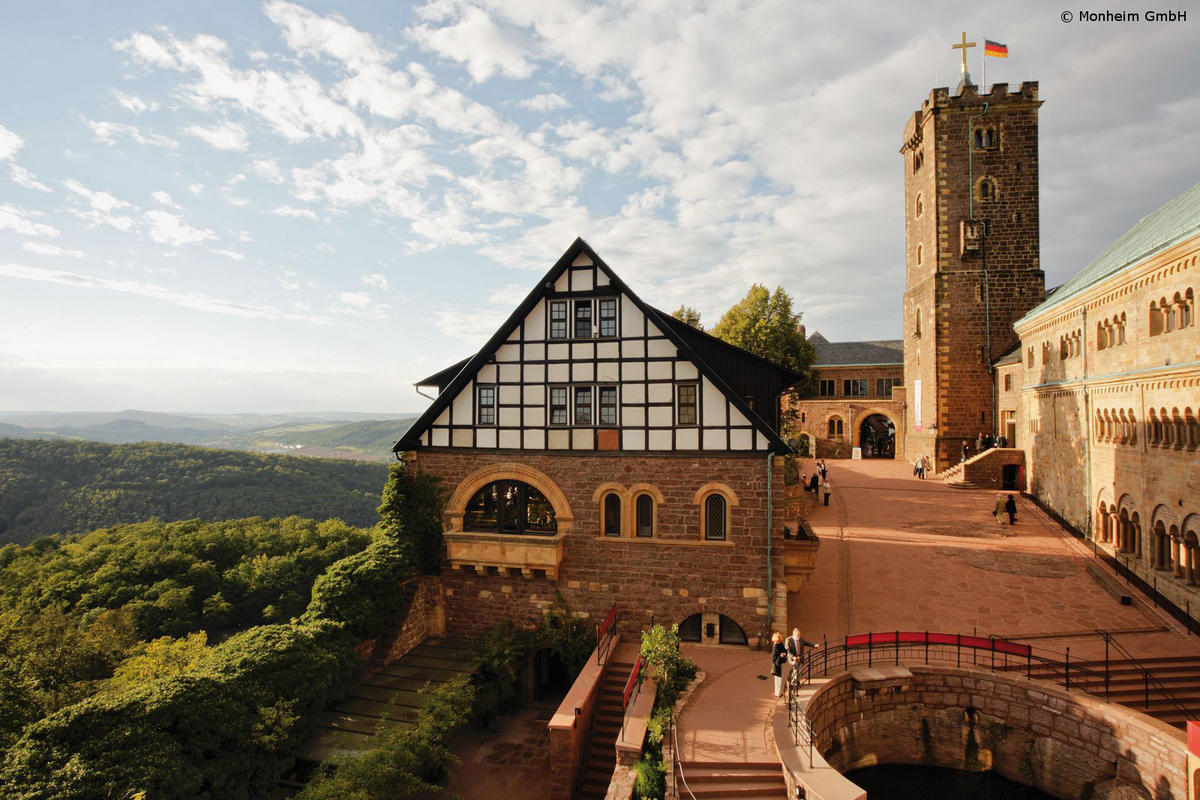 One of Germany’s most significant castles, the almost 1,000-year-old fortress known as Wartburg sits imposing on the hillside above the town of Eisenach. The name is believed to be a combination of “warte” (watchtower), “mountain” (berg) and “fortress” (burg), and the design is said to have inspired Neuschwanstein Castle. The stately abode has been the setting for many pivotal events throughout Germany history, playing an important role in the life of the Reformer Martin Luther.