Berlin Is a Year-Round Halloween Town

By Bernadette Geyer
Save

Over the past few years, Halloween has grown in popularity in Europe and particularly in Germany. it's common for children to dress up in costumes to trick or treat, joyfully chiming “Süsses oder Saures” as they ask for "Sweets or Sours." However, for lovers of all things ghostly or scary, Berlin offers plenty of delights year-round.

Whether you want to see posed cadavers, enjoy a ghost tour, attend a circus of horrors, venture through underground ruins, or just dress up as a vampire or zombie, Berlin has you covered. 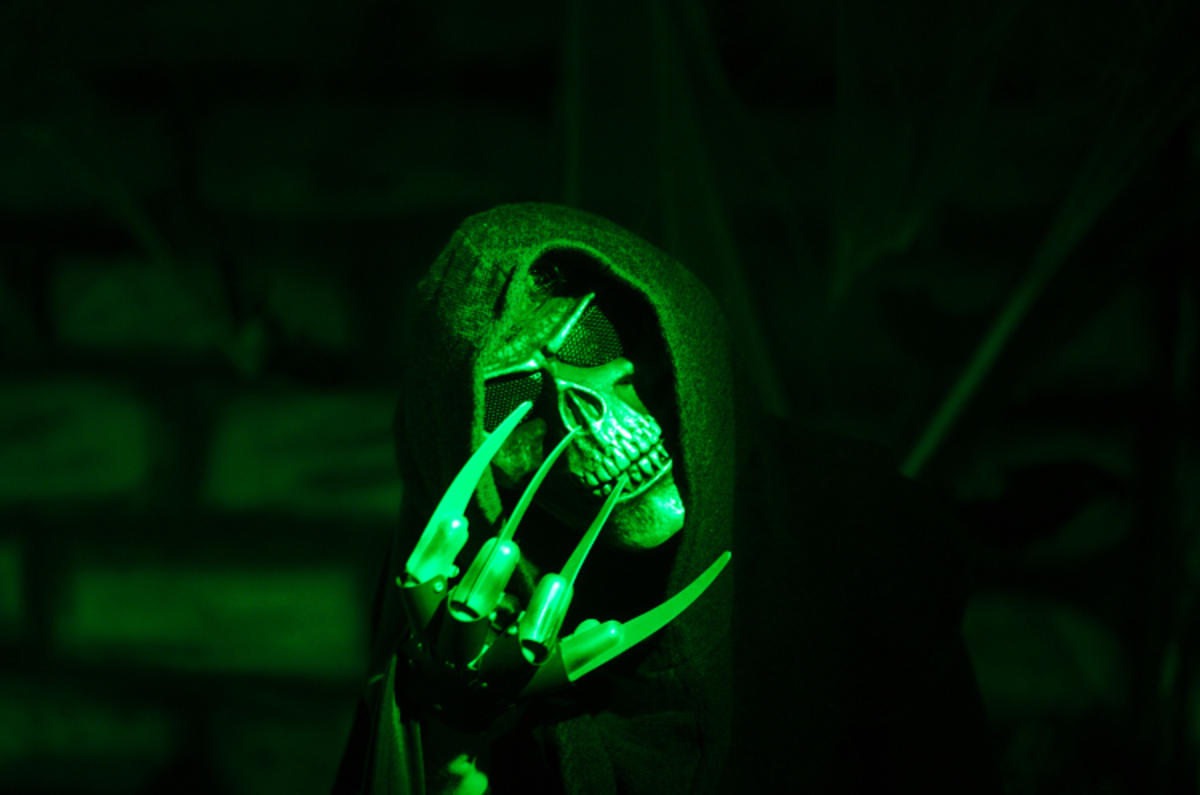 Within walking distance of Potsdamer Platz, the Berlin Story Bunker is an authentic World War II air raid shelter that taking you through 800 years of Berlin history. Three exhibits on five stories show off the Figure Cabinet (Figurenkabinett) which includes twenty scenes of torture and ancient medical practices, and the Chamber of Horrors (Gruselkabinett) filled with ghosts, skeletons, gargoyles, vampires, and other creatures of the night. 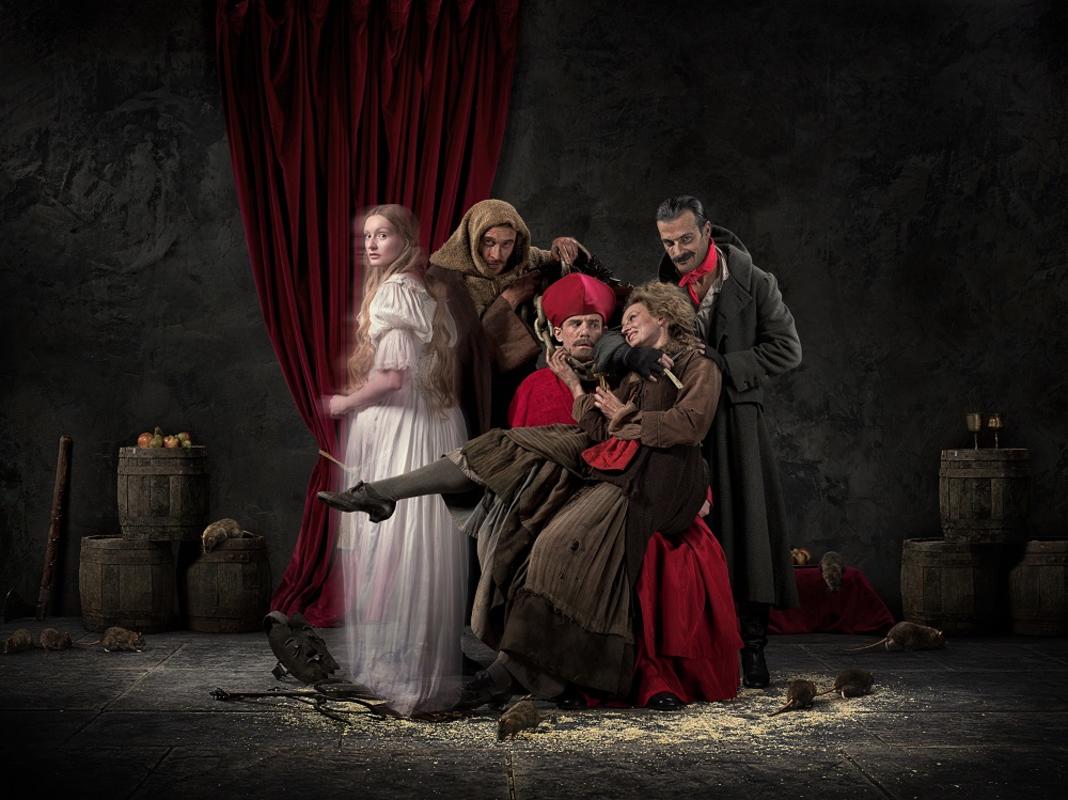 Where else can you ride a "shaft of shame" as part of your spook-filled Berlin tour? A short walk from Alexanderplatz, Berlin Dungeon is a popular tourist attraction that includes a hefty dose of adventure in its 60-minute experience. You'll learn about the 15th century plague while riding the Raft of Rebellion, and (if you're lucky) get tied to a torture chair while learning about the house of Hohenzollern. The Berlin Dungeon includes a maze of tunnels that replicates the original 17th century crypts beneath the Berlin Cathedral, as well as Berlin's only indoor freefall tower -- the Exitus. 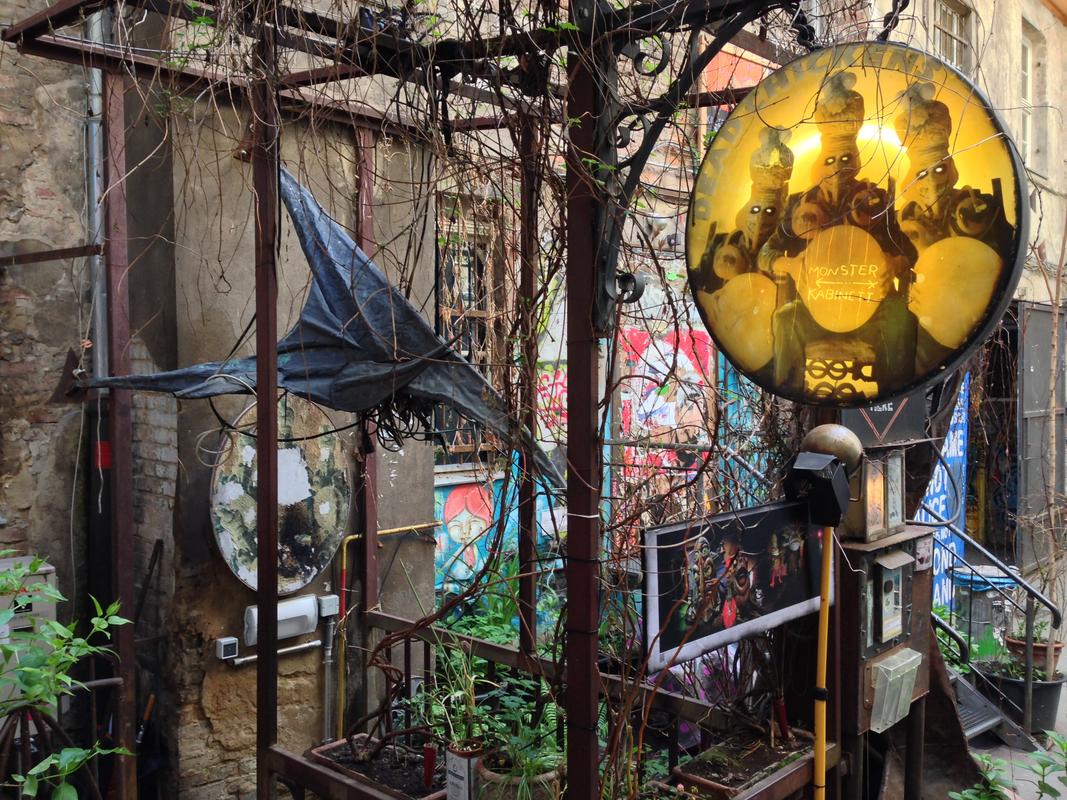 In the posh and lively Hackescher Markt neighborhood just off Rosenthaler Strasse, exists a narrow, colorful corridor covered in street art. Head past the Anne Frank Zentrum and Otto Weidt's Workshop for the Blind, to the "Hinterhof," a secret back alley where you'll find narrow stairs leading down to the Monsterkabinett, a museum of robotic monsters. The entrance at the top of the stairs is also guarded by a robotic gatekeeper that springs to life when the museum is open. 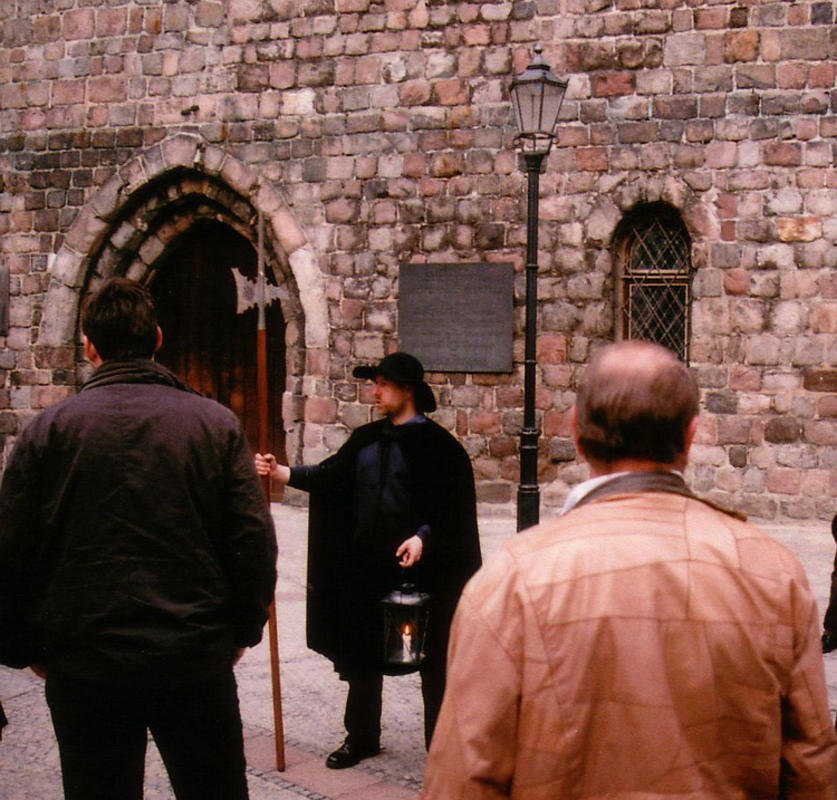 If you're intrigued by ghosts, the "Haunted Berlin Ghost Tour" takes you around some of the city's most infamous landmarks, including the Gothic Marienkirch, which will scare you with it's legends and tall tales. For a truly unique experience, the "Ghost Tour with the Night Watchman" will lead you through the remaining traces of the Medieval city, inside the only preserved cemetery, and the ruins of the monastery church. The tour organizers also offer special trips for Halloween and Walpurgis Night. 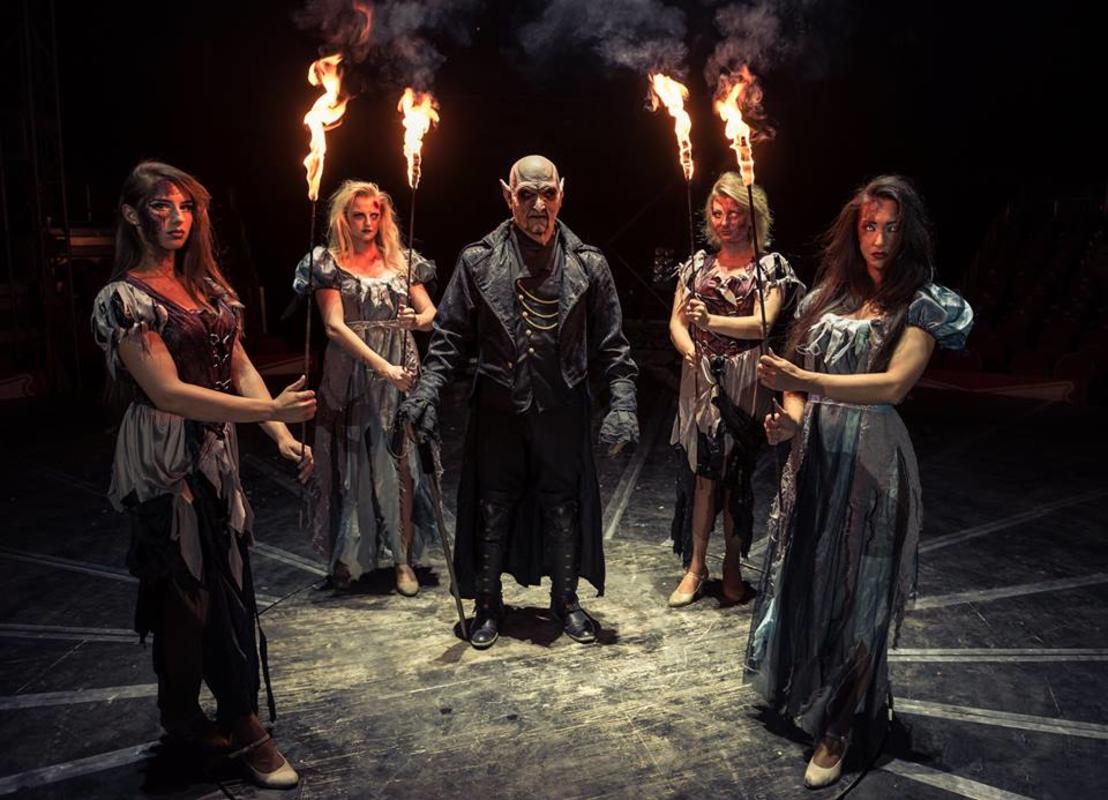 For those afraid of clowns, the Circus of Horrors (Zirkus des Horrors) will both delight and terrify. Held every spring in Zentraler Festplatz, the circus sports a different theme annually; for 2016, it's "Inquisition – The Torture Chamber." An intriguing cultural experience, picture Cirque du Soleil spattered with fake blood. Located near Berlin's Tegel Airport, the Zentraler Festplatz is accessible by bus from a few of the city's U-Bahn and S-Bahn stations. 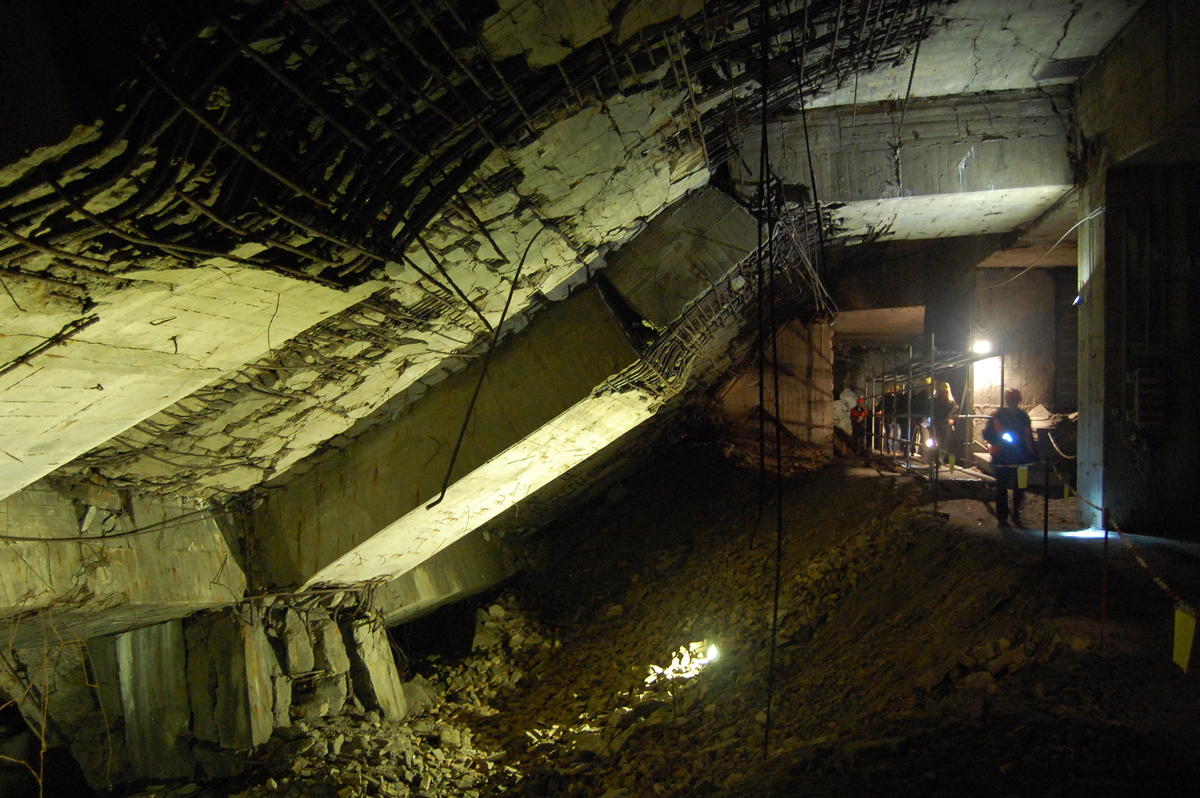 History buffs will enjoy going underground with Berlin Unterwelten tours. You'll be able to explore the ruins of a WWII flak tower, visit one of the last remaining civilian bunkers, or tour a gas storage facility that was one of the most modern of Hitler's air raid shelters. A popular tourist attraction, Berlin Unterwelten only books tours the day-of, so you'll want to research ahead of time and arrive to the ticketing office early. Germany has other secret underworlds you can explore here.

Nestled at the base of Berlin's iconic Fernsehturm (TV Tower), the newly opened Menschen Museum features twenty bodies and more than 200 body parts permanently preserved using Gunther von Hagens' "plastination" technique, which impregnates the cells of a specimen with a reactive polymer before being positioned for display. The exhibit showcases the bodies without skin or fat, so you can see the inner workings of the bones and musculature in a variety of life-like poses. Controversial for it's graphic content, the museum is a must-see for fans of quirky science exhibits. 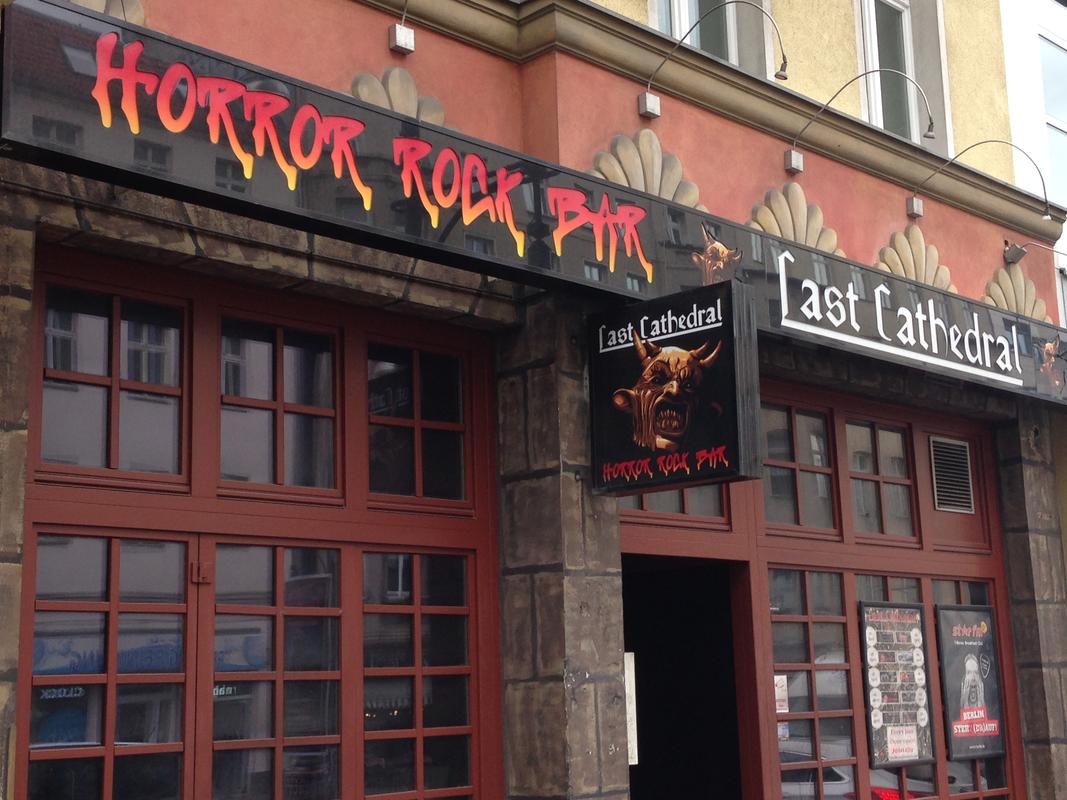 If your attire skews toward the goth end of the spectrum, the Last Cathedral – which touts itself as a "Horror Rock Bar" – is a place you'll want to check out when you're in Berlin. With themed nights such as Night of the Vampire (gothic, rock, and electro music), Guardians of Asgaard (metal music "for all Vikings"), and Rock Meets Metal, the space is primarily focused on live music and DJs that play late into night. With no mandatory closing time for bars in Berlin, you never know who might make an appearance during the witching hour. The bar is located on Schönhauser Allee, close to the Rosa-Luxemburg-Platz station on the U2 line of Berlin's U-Bahn. 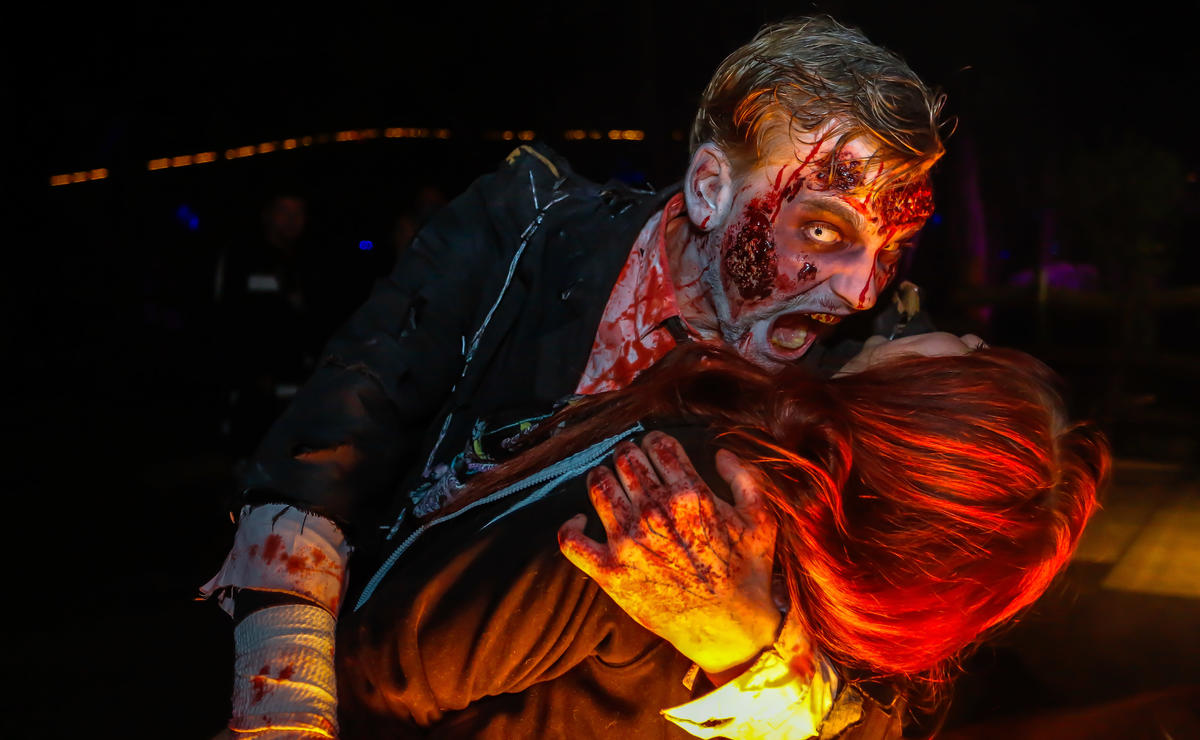 What better way to celebrate the lead-up to Halloween, than by indulging yourself in the Horror Nights (Horrornächte) in Filmpark Babelsberg, the legendary studios where Metropolis was filmed? On weekends in October, the film park offers mazes, zombies, monsters, mutants, spooky street scenes, and horror houses to frighten the Lederhosen off all visitors. Filmpark Babelsberg is located just outside of Berlin and is accessible via the S-Bahn.

Bernadette Geyer is a writer, editor, and translator in Germany.

http://www.bernadettegeyer.com
Join 100k like-minded travelers by subscribing to iExplore
Join with Email
RECOMMENDED FOR YOU

Design Lovers: Embark on an Architectural Tour of Germany