10 Ways to Stay Busy in Lyon

France’s second city, Lyon, sits at the meeting point of the Rhône and Saône rivers. Rich with 2,000 years of history, it has it all from a Roman amphitheatre to medieval architecture in the Vieux Lyon and cutting edge modernity - but most of all, Lyon is the gourmet capital of France, with a rich foodie heritage that attracts visitors from all over the world looking to indulge in its renowned local produce, its ‘bouchons’ restaurants and historic brasseries, making it highly recommended for bon vivants of all creeds. 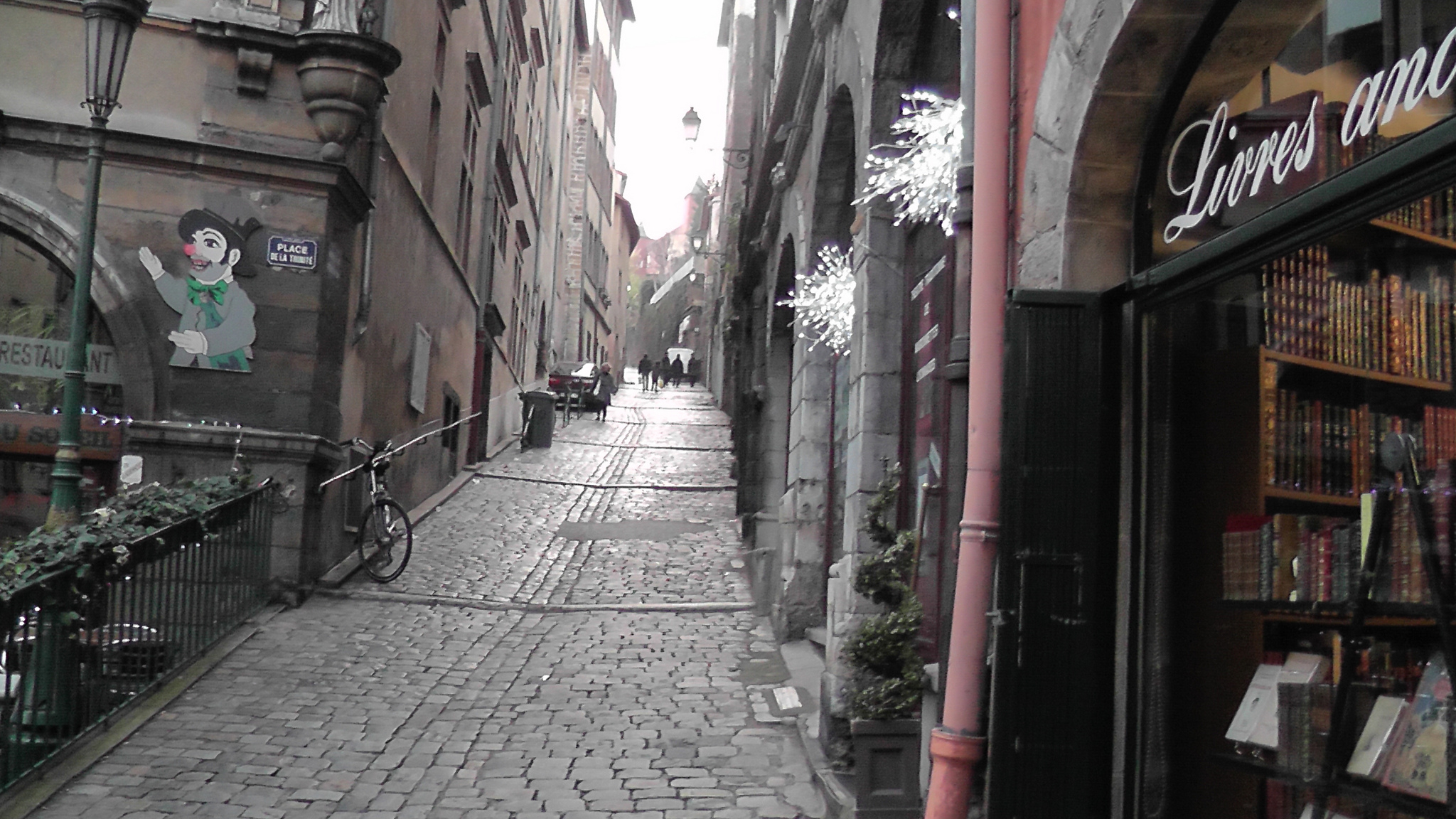 Atmospheric and picturesque, the Old Town or Vieux Lyon is best known for its "traboules" or small passageways, originally used by silk manufacturers and merchants to move goods through the town and provide a shortcut to the river. Some date as far back as the 4th century, and played a key role for locals evading the Germans in World War II. Don’t miss the "Traboule de la cour des Voraces" in the Croix-Rousse quarter, a landmarks of the Canut revolts. 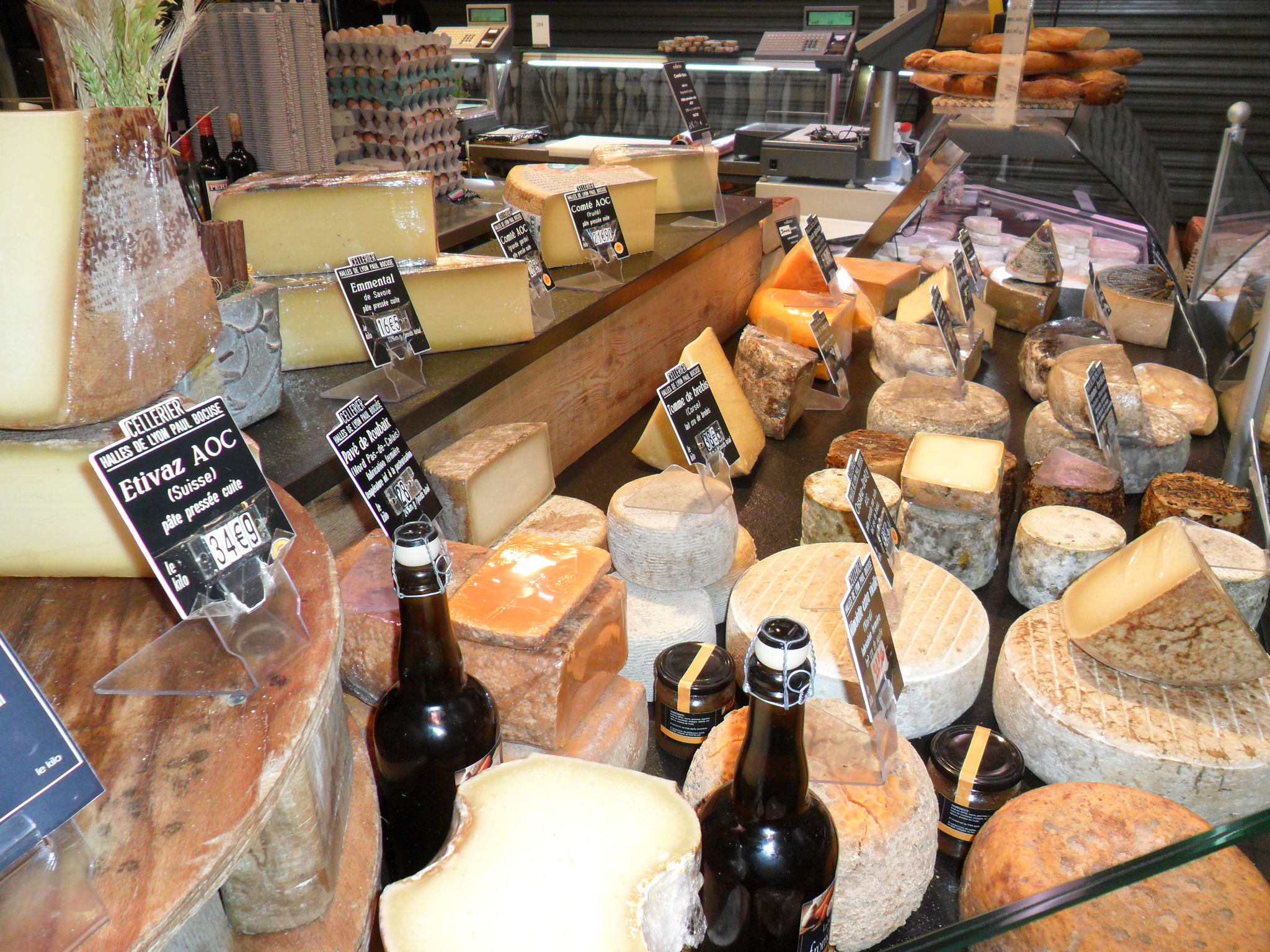 A real paradise for foodies, the "halles" have long been part of the locals’ gourmet shopping routes but have recently been rebranded by master chef Paul Bocuse, attracting international attention. Try the produce and bring home a saucisson (cured sausage) or two. 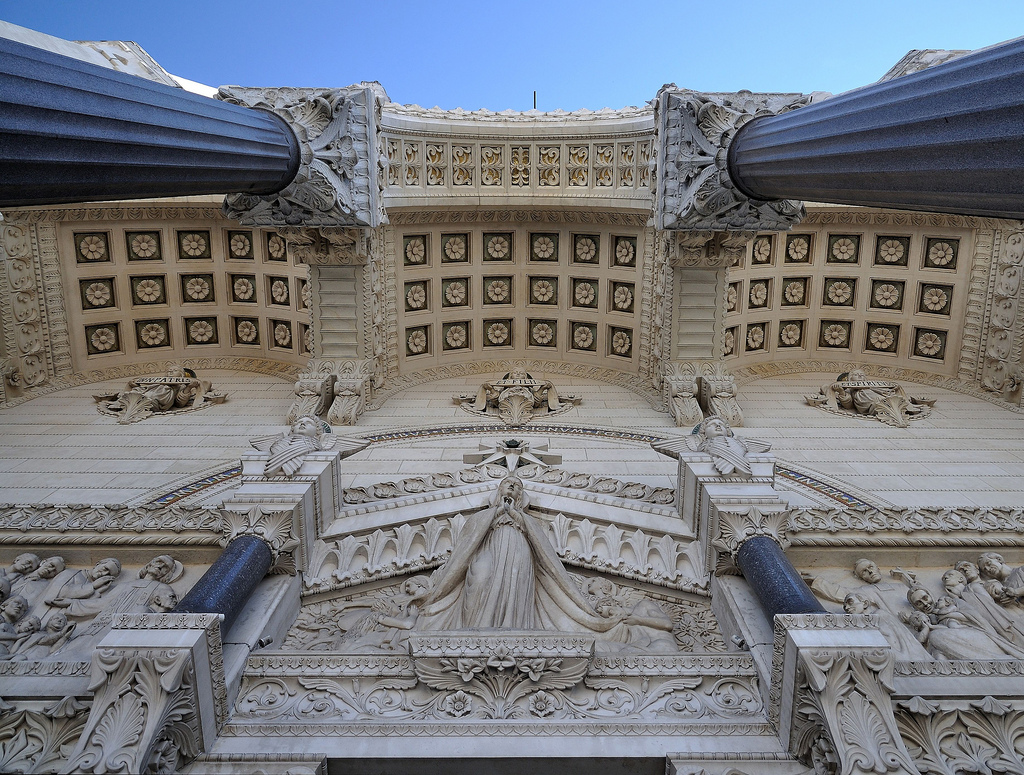 Overlooking the city, the Basilique de Fourvière dates between 1872 and 1884 and sits on top of a Roman forum of Trajan. The grandiose edifice is a must-see landmark and the perfect spot for a panoramic city photo. 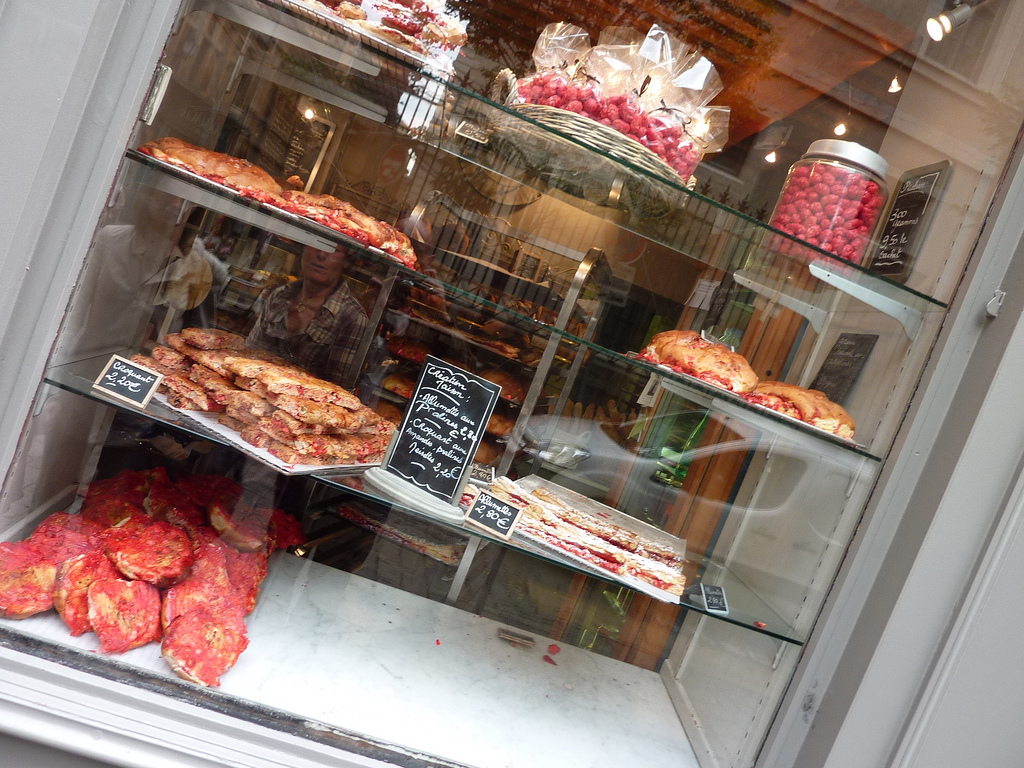 Pop into of Lyon's many patisseries or boulangeries to sample the pralines. Far from the chocolate covered nuts we know and love, these bright pink treats can be found in everything from brioches to tarts. Those with sensitive teeth beware - they are rock hard!

Take a Dip by the Rhone

Breaking into a sweat around town? Cool off with a swim at the Centre Nautique Tony Bertrand, which sits alongside the mighty Rhone river. The complex boasts an Olympic sized pool and other water attractions such as a tide river, paddling pool, as well as diving courses. The venue was designed by local architect Alexandre Audouze-Tabourin for Lyons' Olympic bid in 1968. 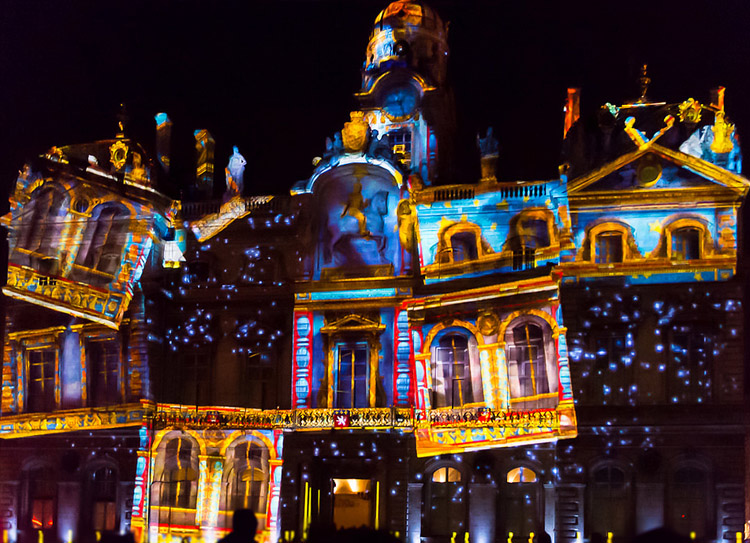 Time your visit to Lyon with its most beautiful event – the Festival of Lights which takes place every year from December 6-9. The entire city is awash with twinkling lights, from the Basilique de Fourviere to the Place des Terreaux, and each window sparkles with candlelight. The Christian festival celebrates Mary (mother of Jesus) but has become a cultural event in the city that thousands flock to see, regardless of faith. 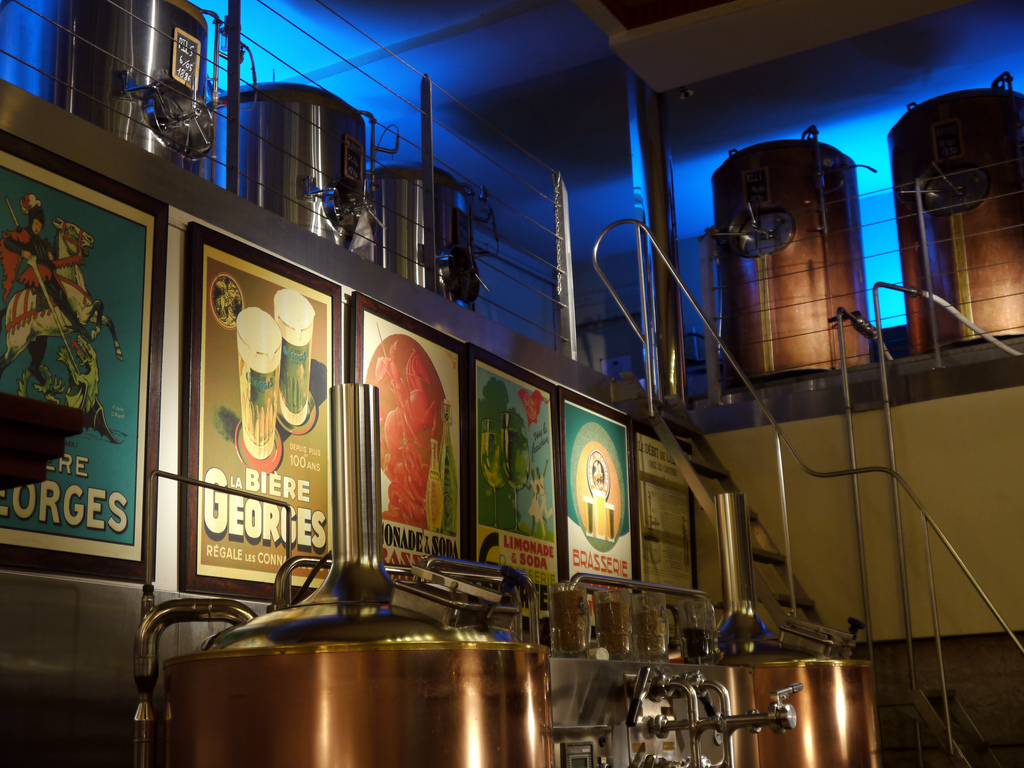 The Brasserie Georges in the 2nd arrondissement is Lyon’ s oldest brasserie and one of its most famous eateries, founded way back in 1836. Pair a pint with a seafood platter or charcuterie board and be sure to tour the brewhouse. 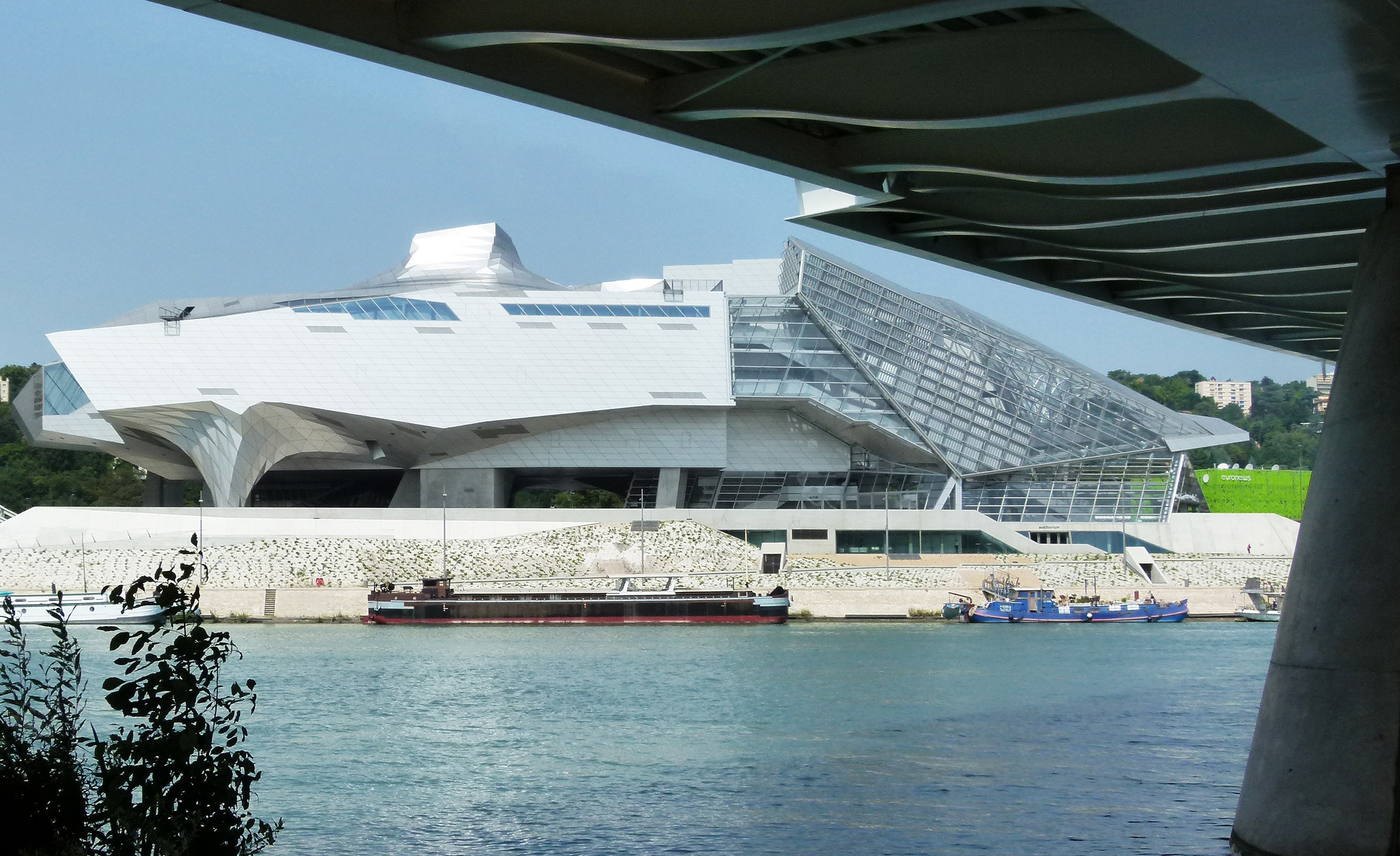 A brand new anthropology museum opened in late 2014, where the Rhone and Saone rivers converge (hence its name) as part of a wide scale regeneration of the area. A modern steel and glass building that definitely stands out, whether you love or hate its look, the exhibits and science centre are proving a popular attraction and with good reason. 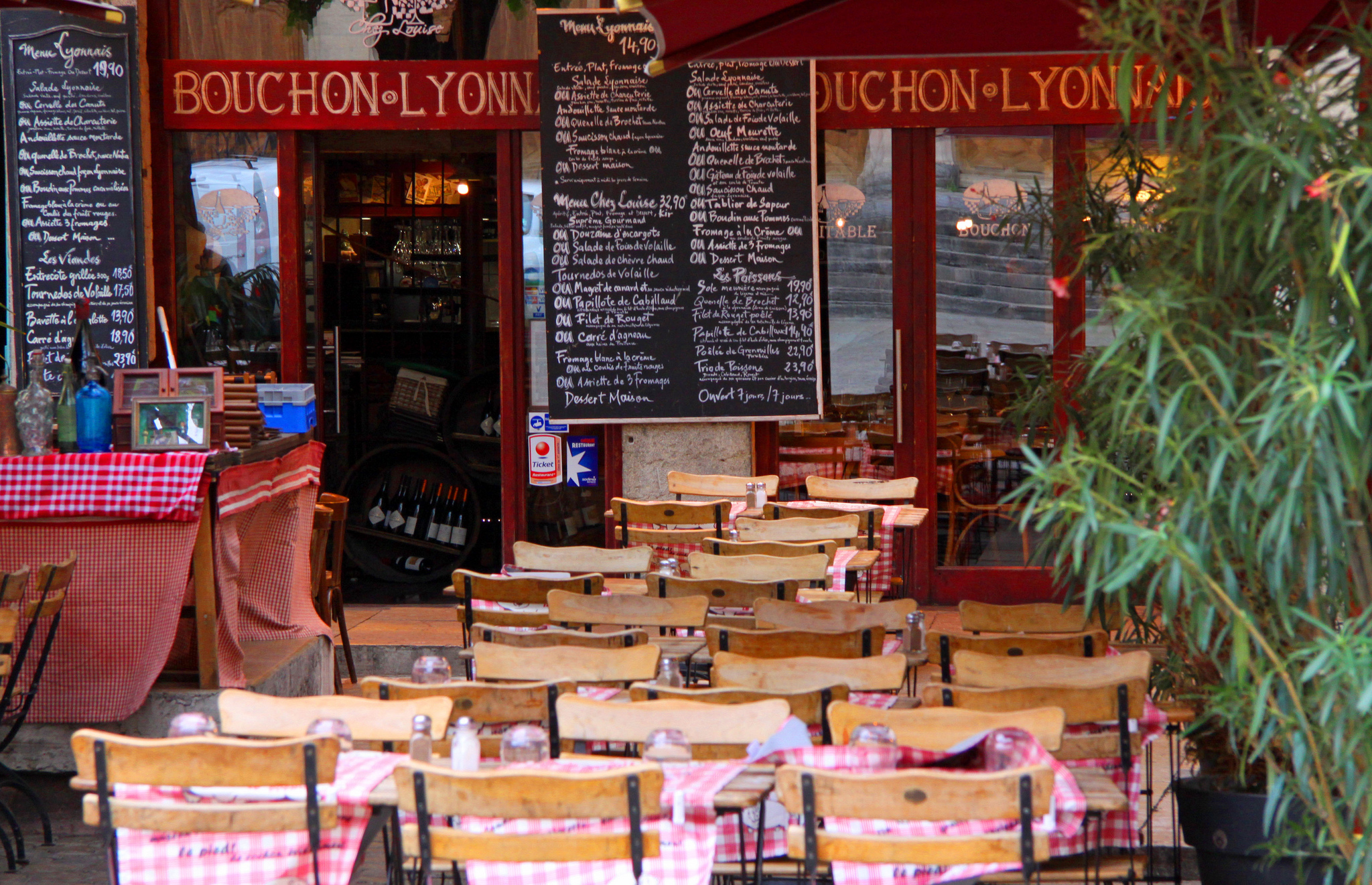 Dine at a Bouchon (or Two)

Lyon is all about bouchon restaurants. Serving traditional local cuisine like charcuterie platters, duck and roast pork, the menu is often heavy, fatty and definitely not vegetarian-friendly. Cozy, low key bistros with a jovial atmosphere, they are far from the buttoned up Parisian gourmet dining experience – but just as tasty! 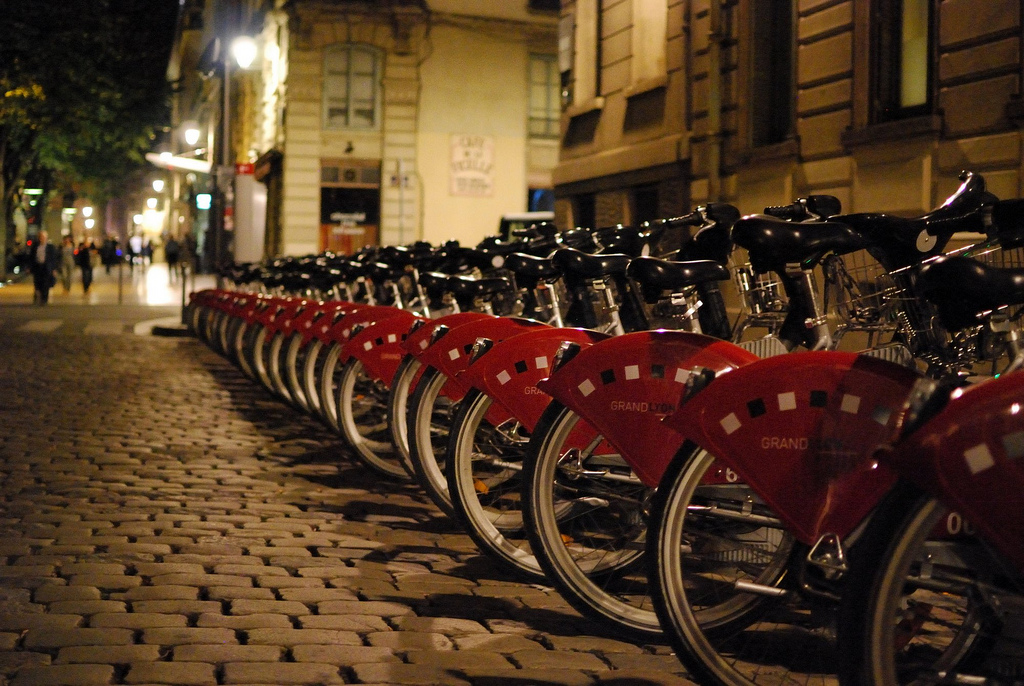 Eco-friendly and fun, Lyon is feeling the cycling love thanks to Velo’v bikes, which are free for the first half hour, and only two euros for the next hour. A great way to see the city, there are over 9 miles of cycling lanes that run alongside the Rhone. Visit sights like the St Exupery statue and green spaces like the Parc de la Tête d’Or, the largest urban park in Europe.