When picturing a European holiday, it's easy to imagine the boisterous cities and incredible culture. In fact, one rarely thinks about the wide variety of islands the continent has to offer. Whether you want to get away from it all on visit rugged, unspoiled territories, prefer windswept strolls along the dunes or just like to laze in the sun, there are islets aplenty from Norway to France that are simply not to be missed.

Set across from Hyeres in the south of France, this tiny island of less than 5 square miles is home to just about 200 people, yet it sees many more over for day trips in the summer, especially for their renowned Jazz Festival. Lined with steep cliffs and beautiful beaches, the majority of the island is a protected national park whose crystal clear waters feel more Caribbean than Mediterranean. Spend the day lazing at the beaches of Notre Dame, La Courtade, or Plage d'Argent, or take in the local history by visiting a church that dates back to 1850. The island is covered in vineyards, making it the perfect place to take a cycling tour to the backdrop of crickets singing. 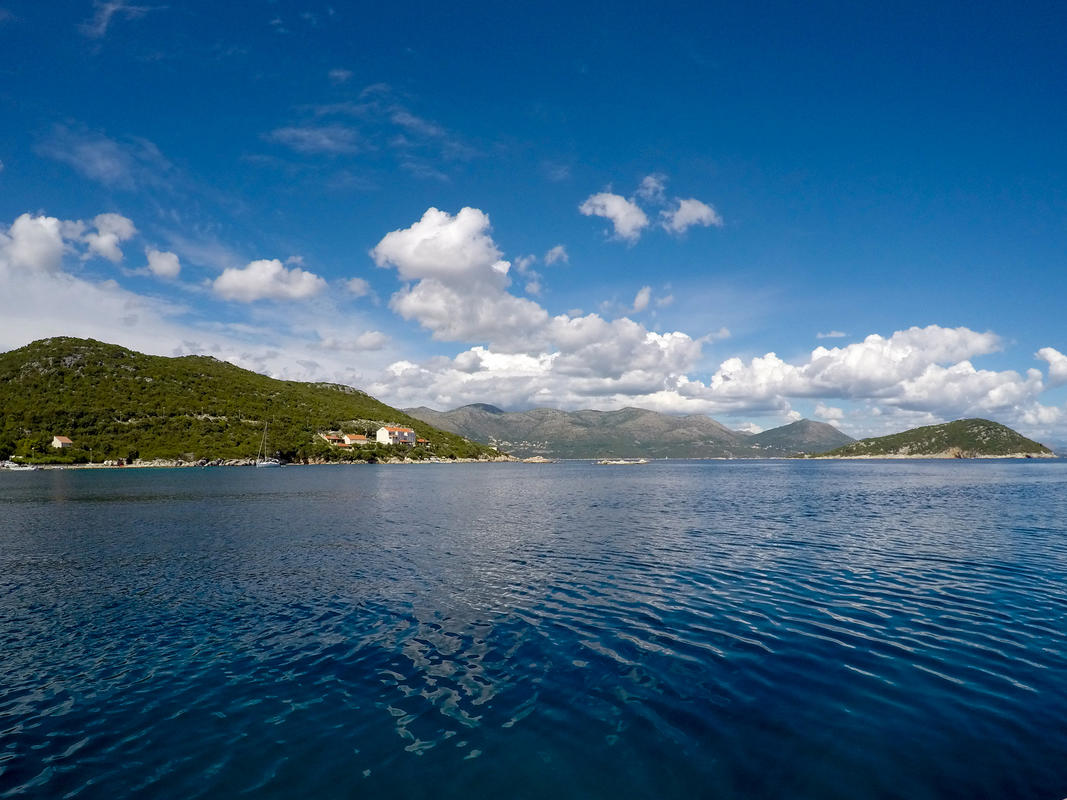 Game of Thrones fans might recognize the beautiful Elaphiti Islands as the dreamy backdrop used in the show. The exotic perfection of Dorne exists, and it happens to be located right near Dubrovnik. Along with Kolocep and Lopud, Sipan is a green island covered in olive groves, vineyards, tropical plants, roman ruins, and churches. Adventure lovers can go canoeing, biking, or hiking, while bon vivants can enjoy wine tasting or local seafood at the wonderful quayside restaurant, Marco’s.

The West Frisian Islands off the northern coast of The Netherlands are known for their natural beauty and sand dunes. Ameland has just over 3,000 inhabitants including the lifeboat crew who use the old-fashioned way to launch, since they don’t have a harbor. Visit the Oerd, a large complex of dunes which keeps expanding, or go bird watching, as the area is home to 60 different species. Prefer to hike? Don’t miss a walk along the Hon beach and the Nesser bos, a wooded area that offers plenty of shade. 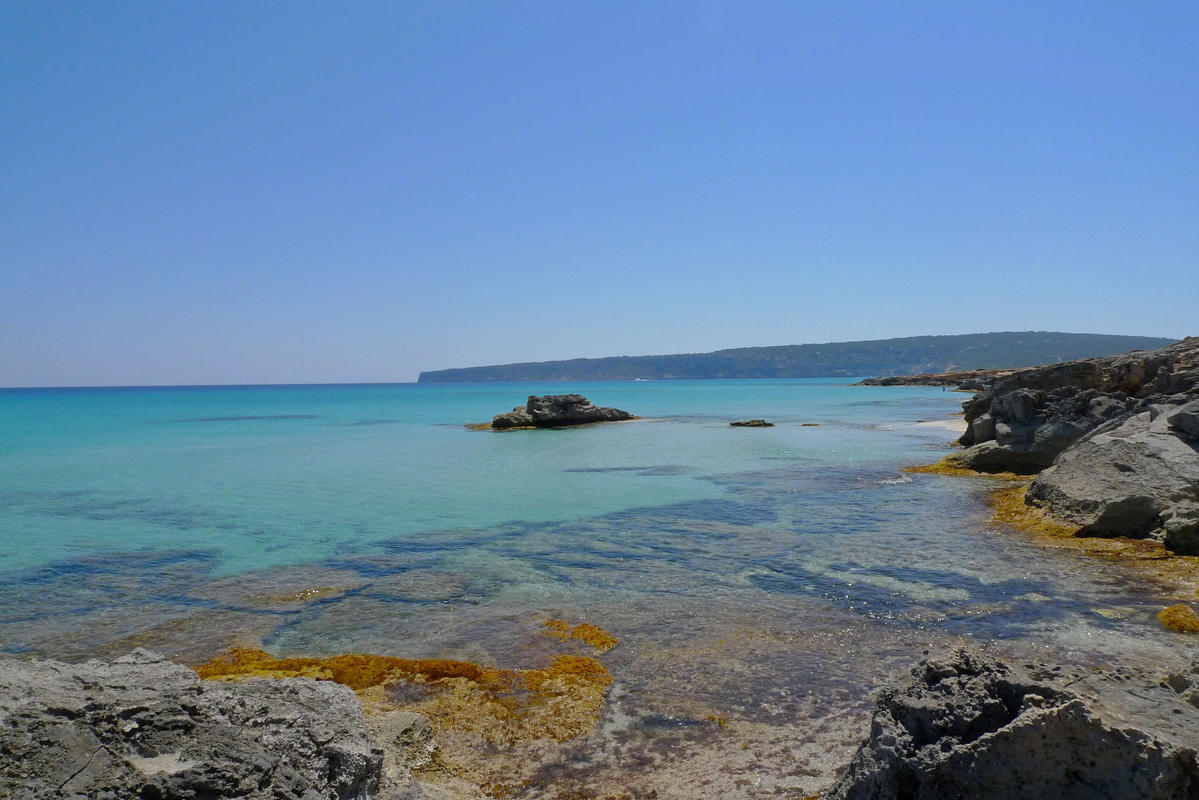 You probably haven't heard of Formentera, but most people are familiar with its big sister: Ibiza. As the smallest of the Balearic Islands, Formentera sits in the azure waters of the Mediterranean Sea. You’ll find amazingly long stretches of beach, trimmed pine trees, great snorkeling, and water sports without any of the crowds or craziness Ibiza is known for. 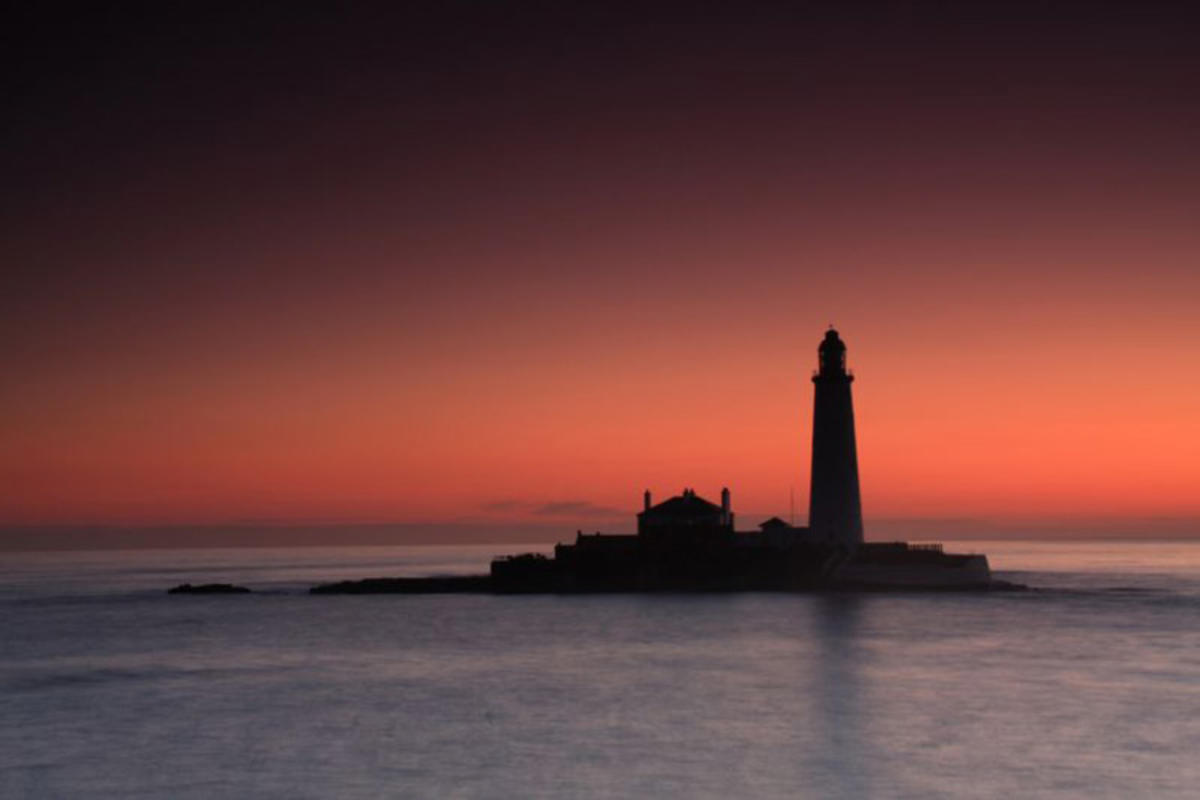 The largest of the charming Isles of Scilly, just off the southwest coast of Cornwall, St Mary’s is the perfect escape for history fiends. Check out the Telegraph Tower (actually the coast guard’s lookout) which dates back to 1803. Once a gun tower topped with a cannon, the area went down in history as the place where Guglielmo Marconi first heard wireless signals in 1898. Historians will also want to walk Harry’s Walls, the ruins of an unfinished artillery castle hailing back to 1551, as well as Giant’s Castle, an Iron Age cliff dwelling, and the Star Castle, built in 1593 following the Spanish Armada. Now a hotel, it's the perfect spot to grab a spot of afternoon tea before continuing on to Peninnis Head, an early 1900s metal lighthouse set in an area of outstanding natural beauty. More picturesque spots for a stroll include the lower moors nature reserve, Porthloo Beach, and the Holy Vale where St Mary’s only vineyard is located. 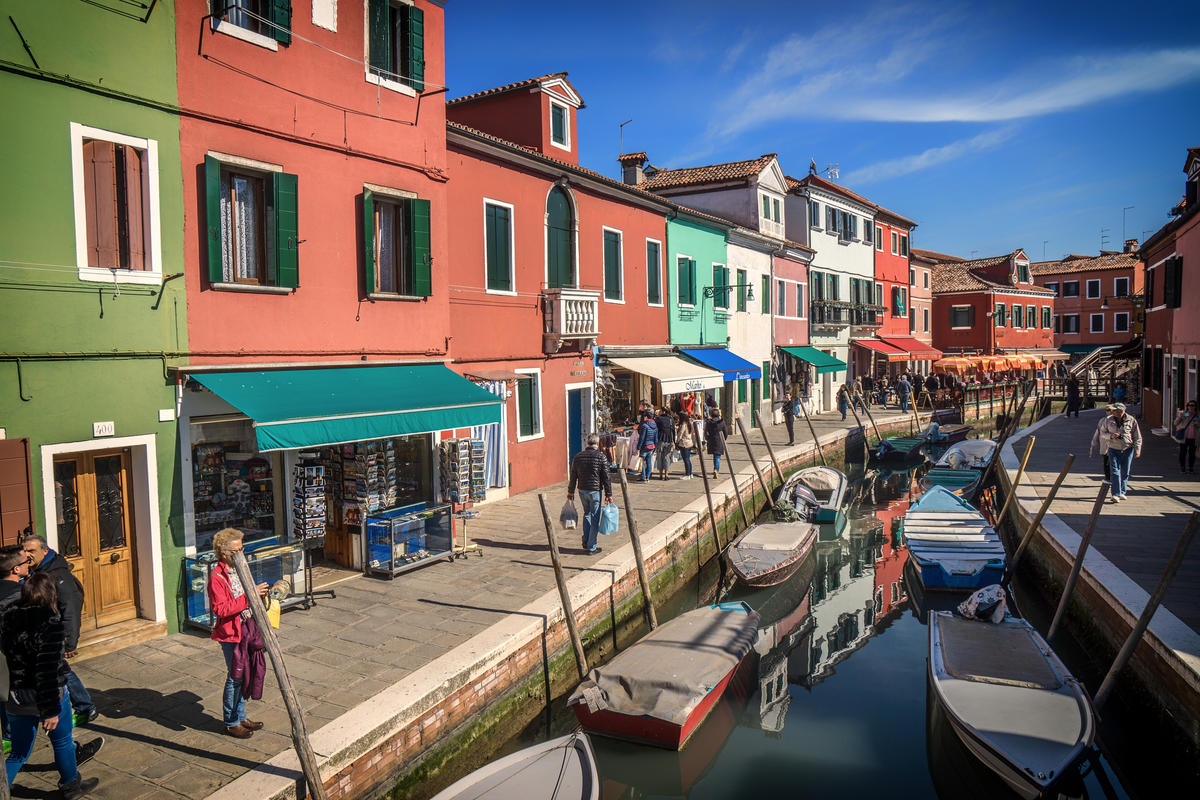 Forget Venice. The place go to for those in the know is Burano. Set in the Venetian Lagoon, it’s actually four islands (or an archipelago, if you will) linked by bridges. Just four miles from tourist-clogged Venice, the 40 minute trip by vaporetti (water taxi) is more than worth the trip. Best known for its brightly colored houses, Burano is a veritable rainbow of homes on the water. Also worth seeing is the Church of San Martino, and its painting by Giambattista Tiepolo: Crufixion, dating back to 1727, as well as the Oratoria di Santa Barbara and the Museum of Lacemaking. 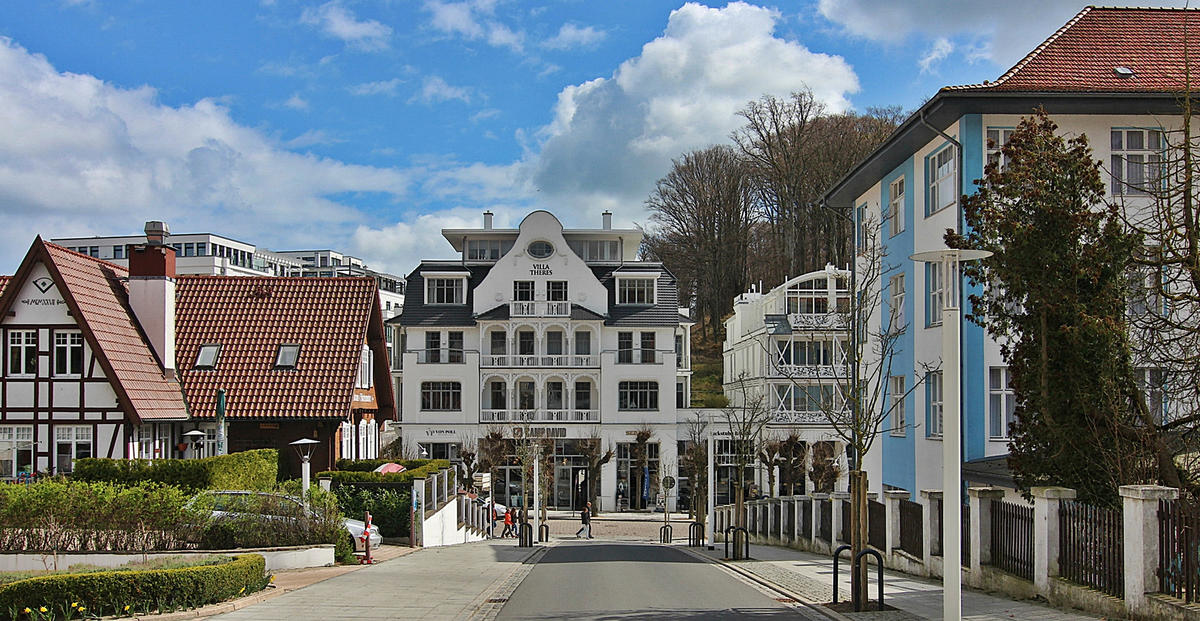 Ruegen is the nation’s largest and most popular island, a total local’s secret. Off the Pomeranian coast in the Baltic Sea, it covers 357 square miles and is fringed by sandy shores and lagoons. A natural beauty and UNESCO World Heritage site since 2011, Jasmnund National Park’s beaches and dramatic chalk cliffs are the main attraction. In addition to its traditional architecture in towns like Sellin, the island offers plenty of wind for fifteen types of surfing! 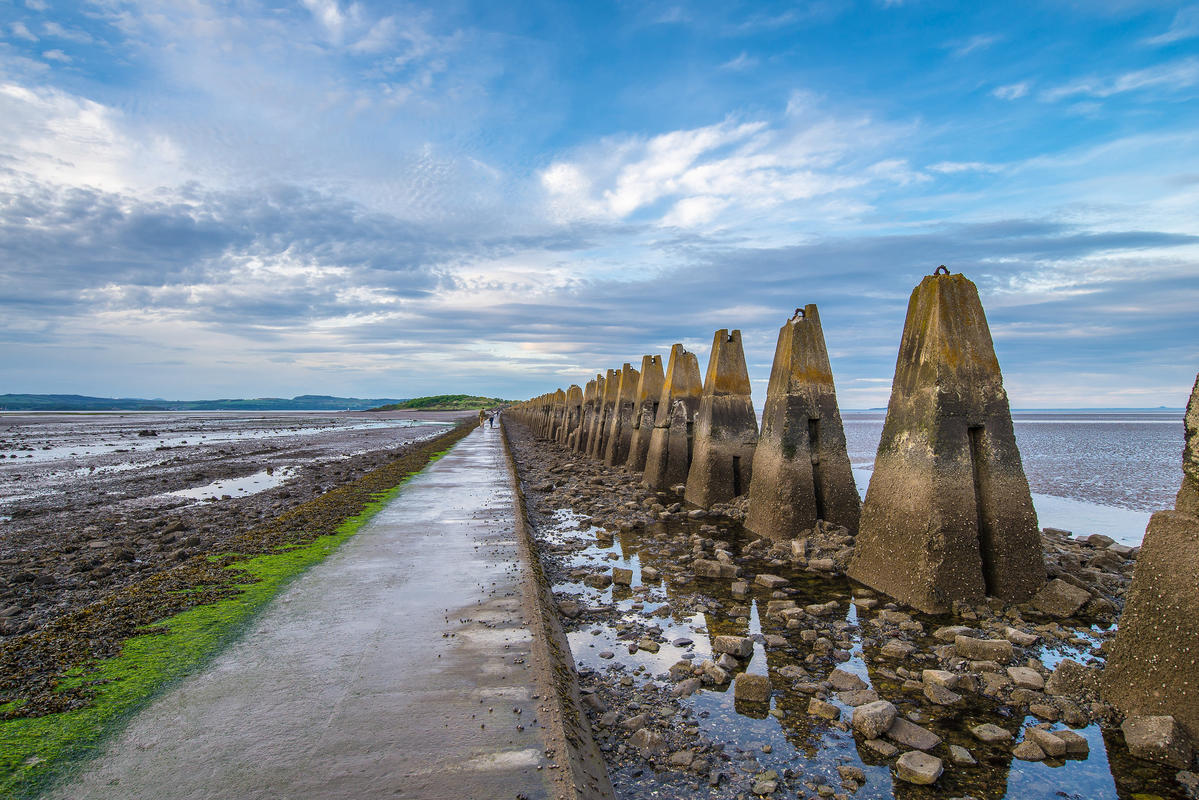 Off the coast of eastern Scotland (not too far from Edinburgh), Cramond Island is one of several islands set in the Firth of Forth. Just 19 acres, it’s currently let to the Cramond Boat Club. One of 43 tidal islands that you can walk to from mainland Great Britain, it’s easy to get there following the Drum Sands path. Let the concrete pylons guide you, erected as a submarine defense during WWII, but remember to plan your return trip before the tide returns. Other attractions on the wee island include a prehistoric burial site, several WWII fortifications, and a couple of stone ruins. Once home to sheep farms, fishing and oyster beds, the island is now a place to get away from it all and enjoy the dramatic scenery! 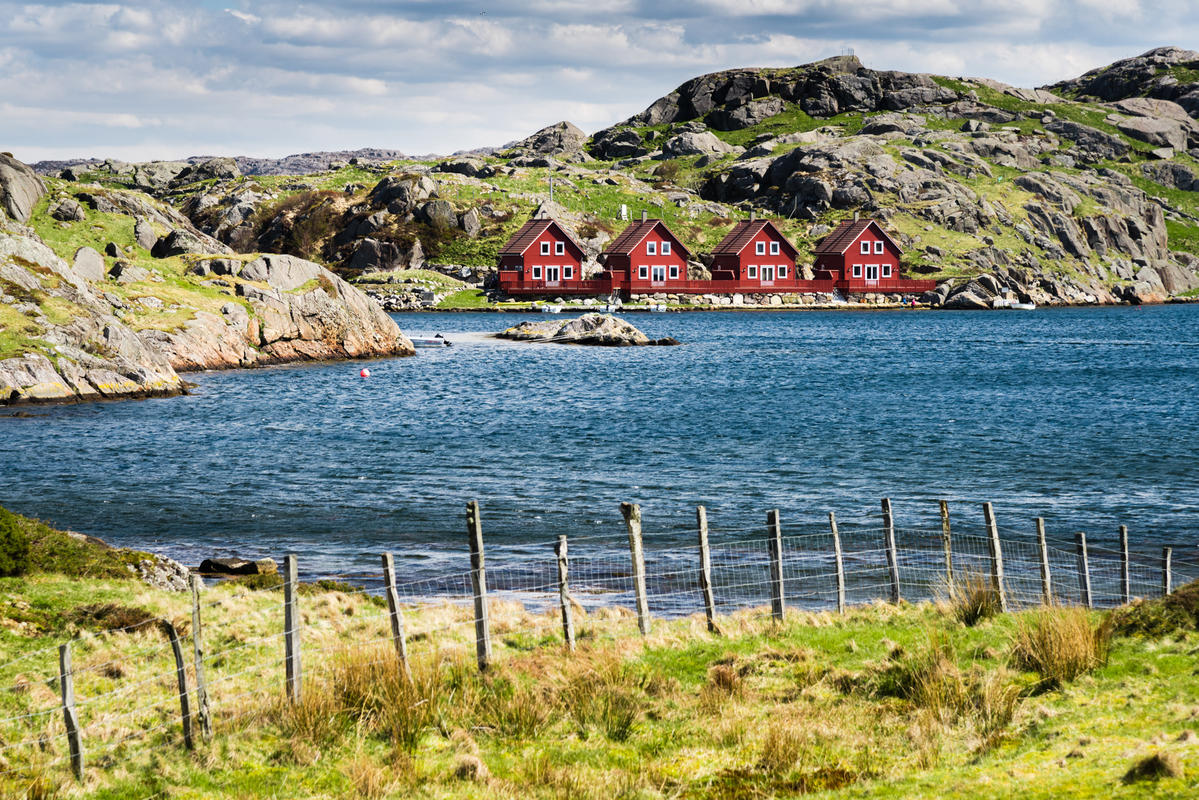 Just 7.7 square miles off Egersund, this U-shaped island is divided by the pristine Lundarviga bay. The truth is there’s not much here, but that’s the point, unless you like fish processing plants and lighthouses. Eigerøy dates back to 1854 and was Norway’s first cast iron lighthouse. 70,000 stones were used to line the tower, which has 134 steps to the top. Climb up for great views, but stay in a cabin for the full experience. 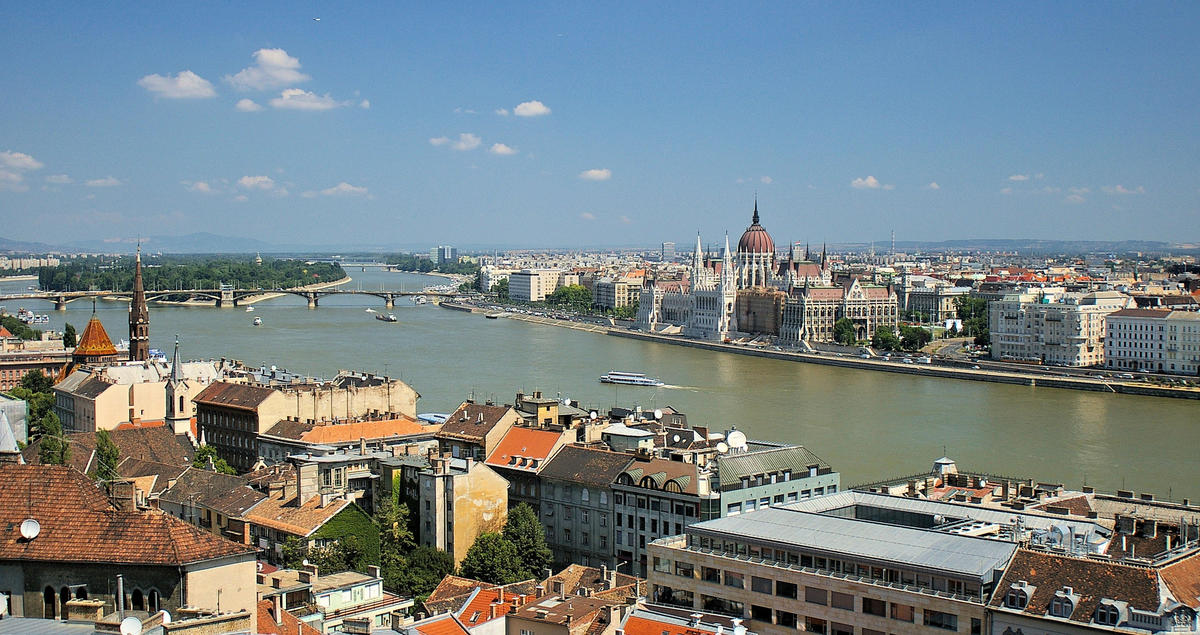 If you've made it to Budapest, chances are you've seen Margaret Island, whether you knew it or not. The tiny 238 acre island sits smack dab in the middle of the Danube, at the heart of the Hungarian capital. Once called the Island of Rabbits (prior to the 14th century) it’s not clear where they all hopped off to? Today, the island is a popular spot to relax and escape the city thanks to its parks and baths. You’ll find two hotels, clubs, restaurants, medieval ruins, the busy Palatinus Water Park (Budapest’s largest open air swimming center), tennis courts, a running track, a Japanese Garden, a small zoo, and two UNESCO sites: the music fountain and an art nouveau water tower. To explore, why not rent a bike or a small electric car?