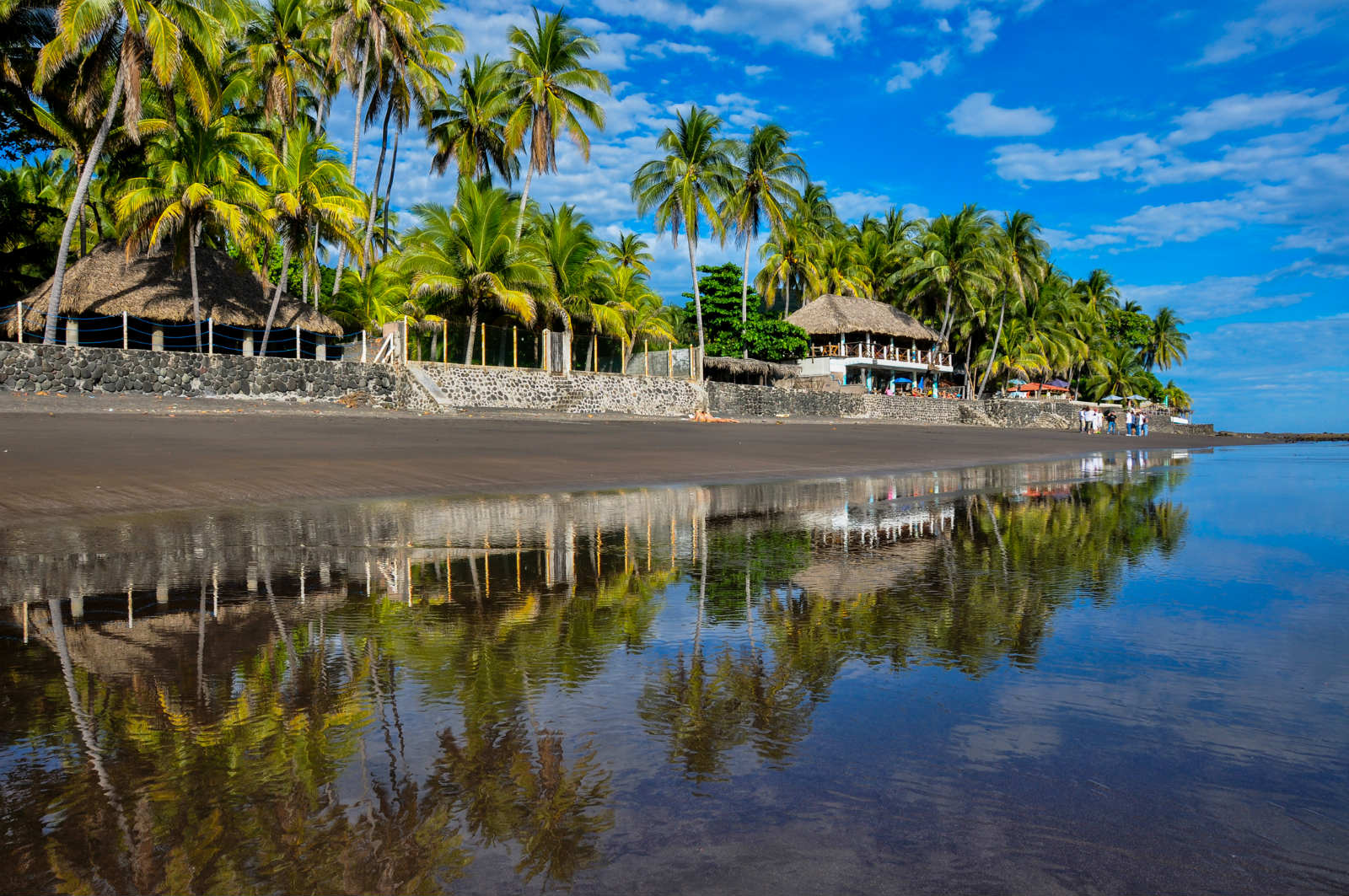 Diminutive, densely populated El Salvador is one of those places you don’t really consider a holiday destination. Yet this gritty, Central American haven with high crime has friendly folks and great beaches. There is a lot to see and do, with fabulous, secluded surfing beaches, cool mountains, colonial towns, and a bustling capital as modern and glitzy as any.


El Salvador has been shaped in more ways than one, by its string of volcanoes. They dot the landscape, including the cone of San Salvador which gazes ominously over the city of the same name. Indeed, one of the country’s most spectacular national parks is named after volcanoes and is a popular daytrip from the capital. San Salvador is easily the most developed city with massive hotels and malls, international restaurants and the main airport.

Handicraft shopping is a major pastime for visitors and there are several markets in El Salvador’s capital where you can pick up some cheap, locally-made ceramics and carvings. Value extends to accommodation and eating, and you can taste some of the best tortillas in the world for a few dollars next to friendly locals.

Visitors spend most of their time in San Salvador, though the real draw is elsewhere. The laid-back town of Santa Ana has loads of impressive buildings set amid a coffee-growing region, while colonial villages, mountain resorts and dazzling beaches of the Costa del Sol are other highlights. If you wish to explore the Mayan pyramids, head to one of the archaeological sites (there are many) such as World Heritage Joya de Cerén or Tazumal, or perhaps along the Ruta de Las Flores to learn about the civil war. Pretty villages and market towns are all along this route.

To enjoy culture at its best, it is recommended visitors take in one of the colorful festivals in El Salvador, and there are many in the summer months, such as the Fiestas Agostinas in August. One can also admire the art of roadside tortilla pupusa eating whenever possible.

El Salvador is a small country with a good network of highways. The coast at La Libertad is a mere 45 minutes by car or bus from the capital. It is worth renting a car as things tend to be spread out, and four-wheel drive vehicles are recommended for journeys off the main routes. Trains serve major towns, but are slow and old, so most visitors stick to buses. Taxis are cheap and plentiful.