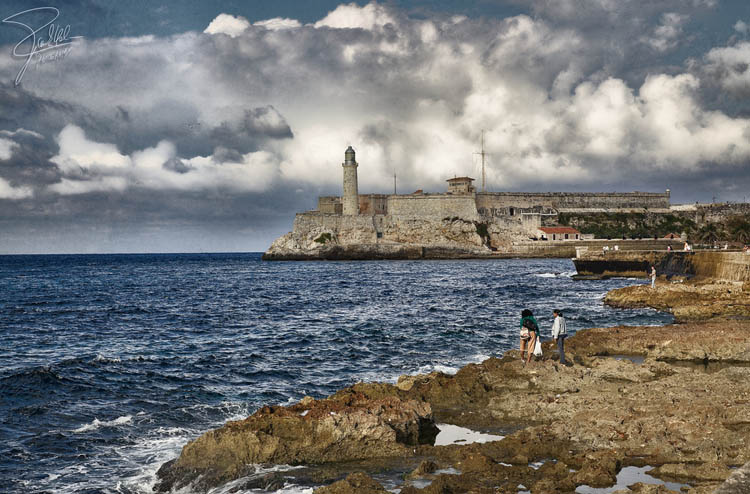 When travelers are considering the many places to visit during a trip to the island of Cuba, they may want to research Castillo del Morro for a dose of Cuban history. This large fortress, which is also called San Pedro de la Roca Castle or El Marra, was created in the 1600s in order to guard the entrance to the Bahia de Santiago, or the Bay of Santiago, from attacks. However, today it is a popular tourist spot, especially at dusk when a daily ceremony takes place.

This site has a long history of being attacked by many different groups. The castle was built during a period of intense conflict between England and Spain, who then owned Cuba. The fort was designed to keep the British from attacking the area of Santiago de Cuba. However, as the violence between the two countries increased, an attack by the English destroyed the castle in 1662. Cuban locals rebuilt the fort between 1663 and 1669, and it was later able to withstand attacks by the French in 1678.

The strength of the castle was once again put to the test in 1675, 1678 and 1679 when earthquakes struck the island. After these natural disasters, the fort had to be rebuilt for a second time. Still, after more severe earthquakes in 1757 and 1766, Castillo del Morro was damaged and reconstructed for the third time. However, regardless of its many additions and changes, the castle has seen some amazing periods in Cuban history. For example, it was home to many rebellions and revolts when Cuba tried to free itself from Spanish rule in the 19th century. It was also a witness to the scenes of the Spanish-American War.

Due to its important role in Cuban history, the Castillo el Moro was named a UNESCO World Heritage site in 1997. According to UNESCO, this landmark is one of the best examples of “Renaissance military engineering adapted to the requirements of European colonial powers in the Caribbean.”

People who decide to visit Castillo del Morro should go around sunset, as a daily ceremony, called the Puesta del Sol, takes place at this time. During the event, teenagers dressed as members of the Cuban rebel army lower the flag and shoot an ancient Spanish cannon into the ocean as they yell “viva Cuba libre,” or “long live free Cuba.”