he casual hook up has long been associated with American pop culture whether it be In the back seat of a car, underneath the school bleachers, or sneaking in and out of bedroom windows. People love finding creative ways to satisfy the most basic of human urges. Argentines, however, have created an entire industry dedicated to the "hook up." Known as "Telos," or sex hotels, they’re not only great for lovers, but a great way to travel on a budget. 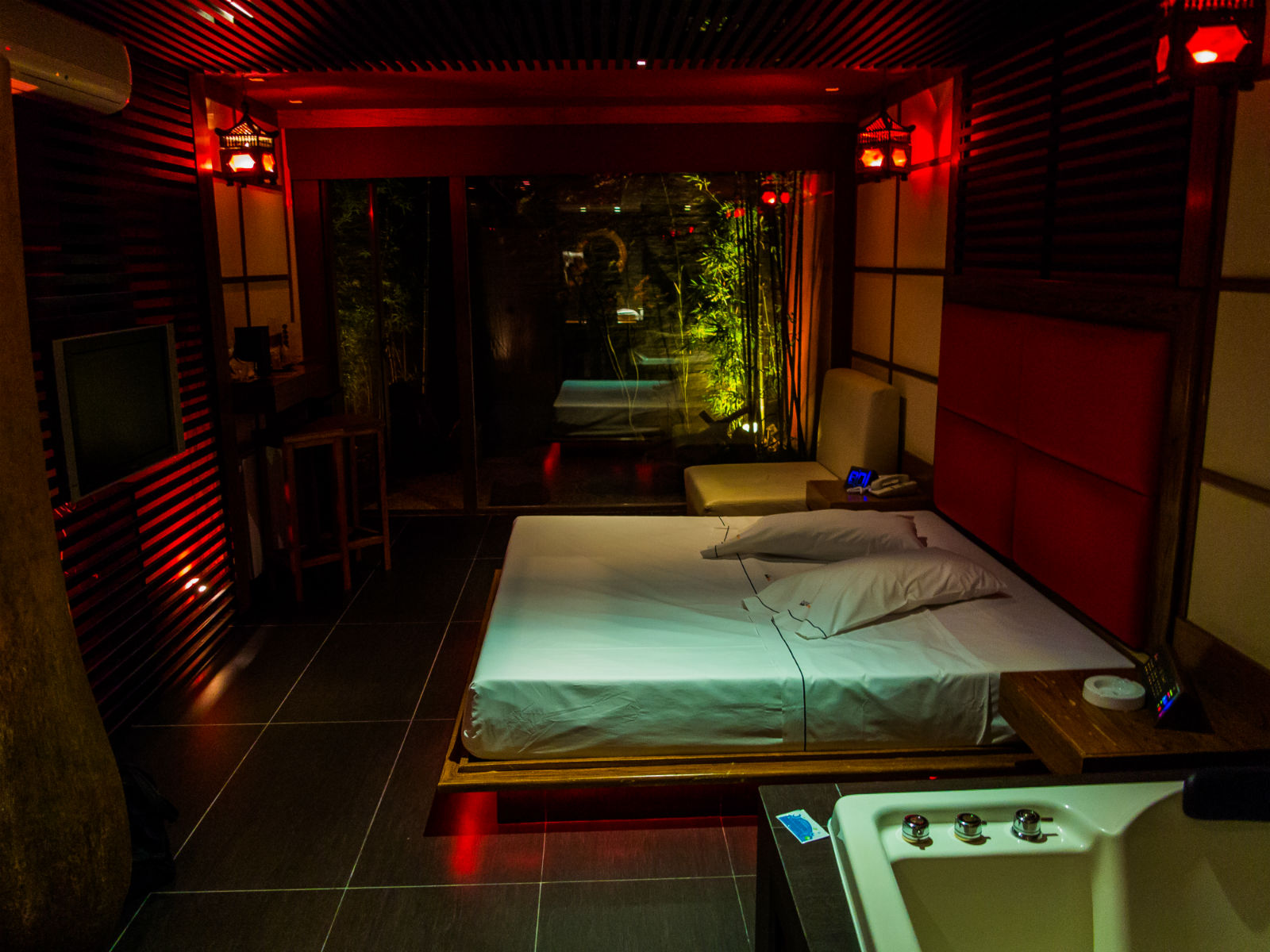 Let’s face it; sex is an integral part of travel culture. Given the scenario of young, excitable, often inebriated travelers mixing with attractive foreigners with very little chance of getting caught or consequence back home, temptation abounds. But unlike many Western countries, Argentina embraces sexuality. The problem, is that like many other predominately Catholic countries, it's normal for adults to live with their families well into their mid 20s or until they get married. Young lovers needed a place for intimacy without the high cost of hotels. So Telos were born of necessity. And with literally hundreds of Telos all over Buenos Aires, it’s a booming, multi-billion dollar industry.

Why should I visit a Telo?

Telos offer a safe and discreet place for lovers to get some privacy. No matter if you just met someone at a hostel, or have been dating for years, a Telo can add some extra "spice" to your evening activities. Most Telos have concealed parking and entrances to protect your anonymity and privacy. The chance of seeing another couple is slim given how compartmentalized everything is. Lobbies are dim and attendants operate behind privacy screens. The rooms even have room service holes where you can order champagne and other “goodies” from without seeing anyone. There are often menus of sex toys and naughty costumes. Everything is brand new and in comes in its original packaging.

If you’re worried about cleanliness, it’s all about perception. Any hotel can be used as a sex hotel, they’re just more upfront about it. Telos are held to the same health standards as any other hotel in Buenos Aires. Once you leave you usually see housekeeping rush right in to clean it for the next guest. All towels and robes come sealed in plastic wrap. 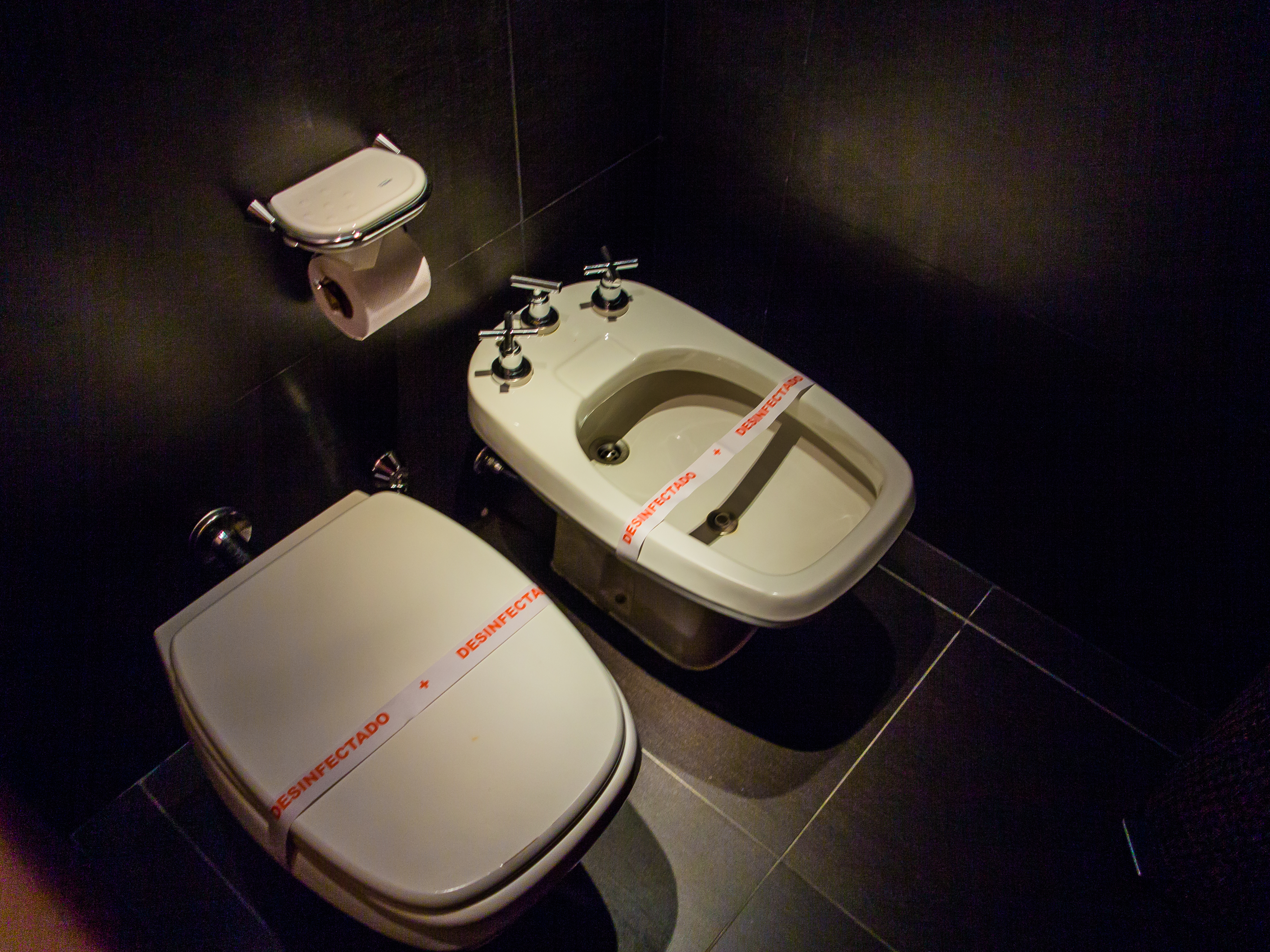 How much do they cost?

With hundreds around the city, finding a Telo is quite easy. Just look for the words "Albergues Transitorios," which literally means “temporary shelter.” You'll usually also see a faint red or blue light. Inside, for obvious reasons, they’re kept exceptionally dark. You book a Telo by choosing a "turn," which can either mean a 3-4 hour rate (although some of the lower end ones also offer them by the hour) or overnight which means approximately 10 p.m.-1 p.m. the next day.

The actual rate depends on many of the same factors as any hotel. Day, location, room type, and one addition, time. Good, upscale Telos will run you between 167-278 Argentinean Pesos ($20-32 USD) depending on the room type for a turn. Sundays through Thursdays (the best days to get deals) you can find overnight rates that include breakfast for as low as 111-199 Argentinean pesos ($12-23 USD). They can be even cheaper if you use the “blue” market price (unofficial bank rate). 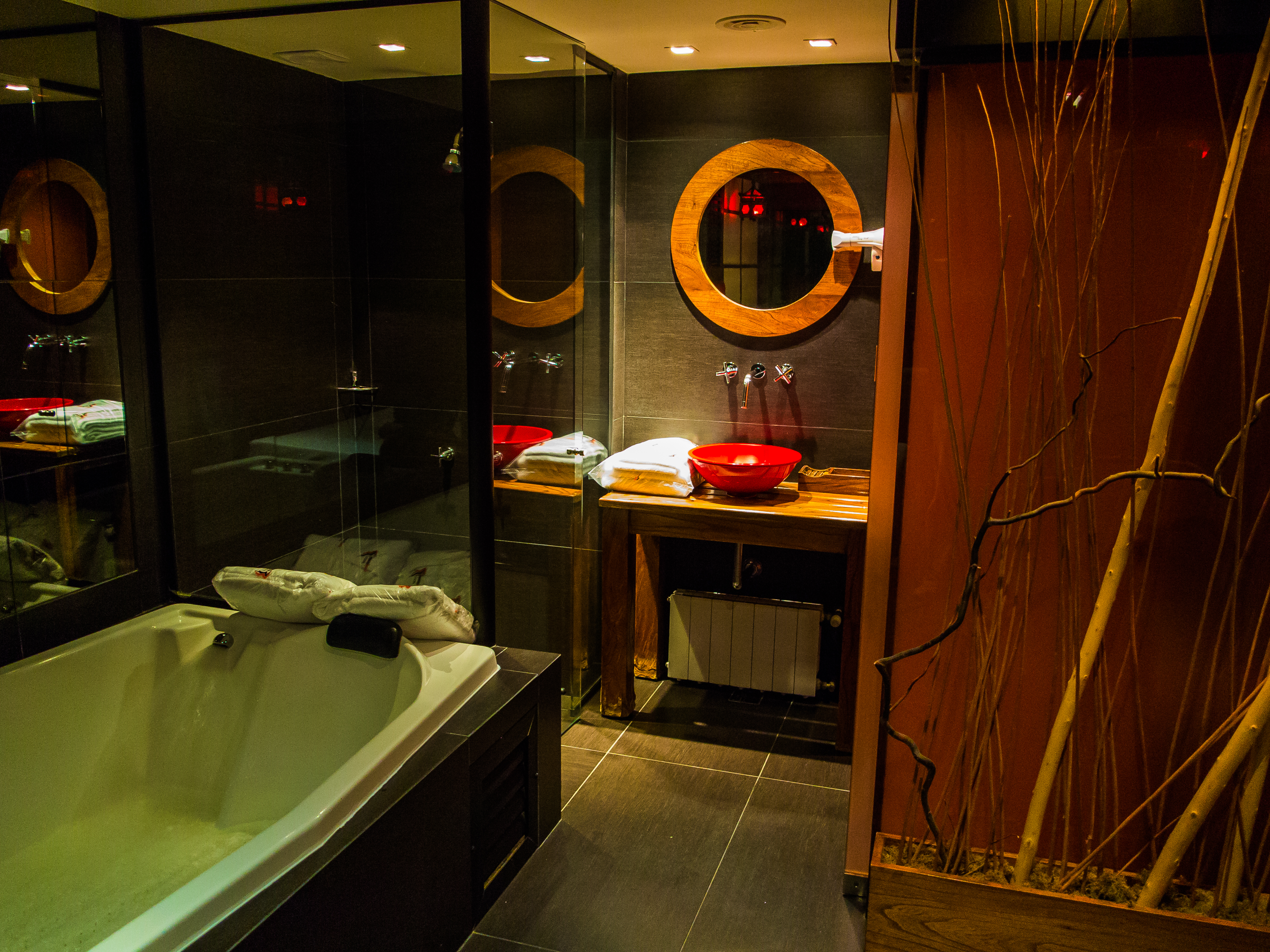 How to pick one

There are literally hundreds of Telos around the city and choosing one can be difficult, but if you follow a few tips, you'll be sure to have a good time. First, make sure you’re in a nice area of Buenos Aires. The quality of the Telos largely corresponds to where it's located. I suggest Palermo Soho or Hollywood, Belgrano, or Nunez. Choose a place that has pictures on their website to ensure there are no surprises. What you're looking for is modern design and private entrances. Although some have VERY cheesy interiors, the best still come with updated amenities. If it looks like something out of a 1980s horror flick, avoid it. Lastly, NEVER take advice from a taxi driver. The taxi drivers in Buenos Aires are EASILY the most dishonest I've seen in 71 countries and you never know where you might end up. Given the discreet location of most Telos, you don’t want to be stranded in a back alley.

For more information, check out the "official" Telos website http://www.alberguestransitorios.com/. My personal favorite is Hotel Black Jack in Buenos Aires.

Picture this. Your flight is late so you don’t arrive into Buenos Aires until 1 a.m. Your hostel/hotel stopped check in at 11 p.m. Check in the next day doesn't open until 1-3 p.m. What do you do? Go to a Telo. Telos don't care what you do in the room, sexual or otherwise, as long as you pay. My evening flight was canceled so I went to my favorite Telo and paid the equivalent of $18 for a room that was comparable to most 3-4 star accommodations in major cities. It puts the Holiday Inn to shame and is a heck of a better deal than a hostel.

Telos truly are the best-kept secret in Buenos Aires. Are you ready for a visit?

A Grand Guide to the Grand Canyon