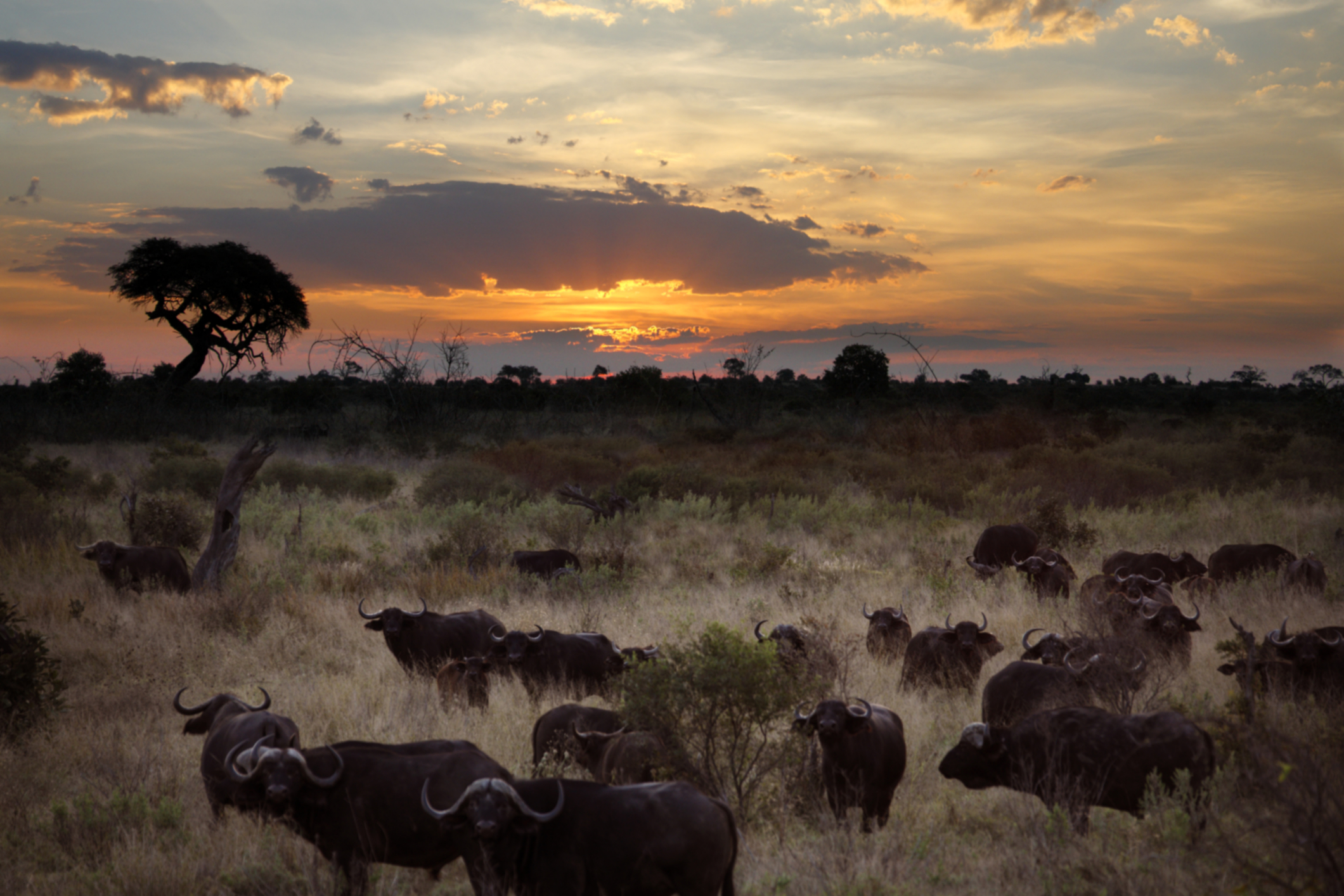 Flat, massively under populated, and famous for spectacular springtime landscapes and diverse wildlife, the southern African state of Botswana has an economic growth rate that’s one of the highest in the continent. Most of the Kalahari Desert falls within Botswana’s borders, and the country is home to the majority of the ancient San (bushman) tribes. The capital city, Gaborone, lies along the South African border and is a rapidly-growing modern center for commerce and government.

Tourism and diamond mining are Botswana’s main economic mainstays and the reason for its robust economy. Outside the southeastern region and the capital, the Kalahari and Okavango-Chobe regions are home to national parks and forest reserves famed for their wildlife safaris and big game reserves. The thought of getting up close and personal with Africa’s Big Five (lion, elephant, buffalo, leopard and rhino) draws a huge number of visitors annually to the pristine wilderness, mostly unchanged since the dawn of human time.

Gaborone, a sprawling one-horse town 50 years ago, is now a clean, safe city with good infrastructure and 400,000 inhabitants. Accommodation choices in the capital and smaller cities range from a few upscale hotels offering business and conference rooms through guesthouses, motel-style lodges, serviced apartments and bed and breakfasts. Standards vary greatly, dependent on price. The Batswana (people of Botswana) are a friendly crowd and welcome visitors, making this one of the safest and least corrupt destinations in Africa.

Botswana’s wildlife is its main attraction, and there are numerous game lodges scattered across its savannahs. From inexpensive backpacker-style lodgings in the bush to top-of-the-line luxury resorts offering private cottages and fine dining, there’s something for all budget levels. Two of the favorite destinations are the Okavango River Delta in the Kalahari Desert and the glorious Northern Tuli Game Reserve. Visits to native villages are fascinating, and the incredibly ancient rock art sites give a glimpse into ancient beginnings.

Travel in Botswana outside the capital is only by car, as all domestic train service in the country ended in 2009. Long distance buses are regular and reasonably comfortable, with most having air conditioning. Gaborone is well-linked with the rest of the main cities, although local rural bus transport is sparse and somewhat basic. The road system is mostly paved and well-kept, though drivers here tend towards the erratic and the local livestock prefers the middle of the road to the open land.

Click here to learn about Things to Do in Botswana