While Boston does have a cozy hometown feel compared to big cities like New York City and Los Angeles, its size and diversity can still be overwhelming to newcomers. Luckily, Boston is comprised of neighborhoods, each with their own distinct personality, so instead of trying to see the entire region in one trip, you can focus on the areas that appeals to you the most with our handy ‘hood guide. 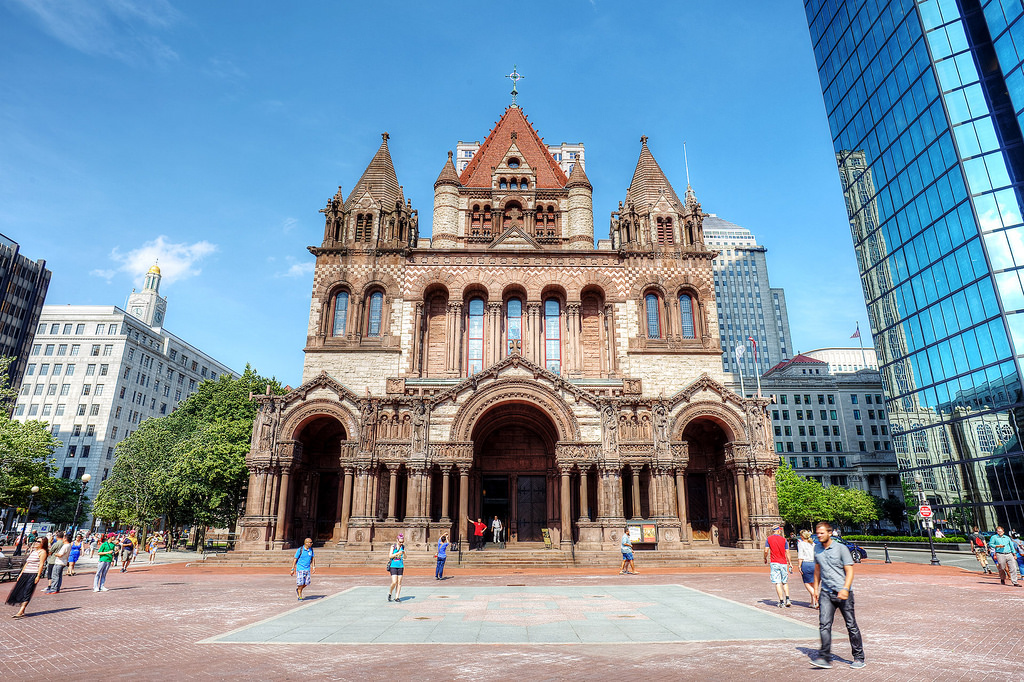 One of Boston’s priciest residential neighborhoods, Back Bay is known for its beautiful brownstones, historic Victorian buildings, and an impressive array of modern skyscrapers. One of Boston’s most popular shopping areas, Copley Place and the Prudential Center are both conveniently located across from Back Bay Station. Head to Newbury Street for some of Boston’s most fashionable boutiques and restaurants before heading into the Boston Commons for an afternoon in the park You’ll also want to swing by Trinity Church, Boston Public Library, and the John Hancock Tower for incredible architecture. 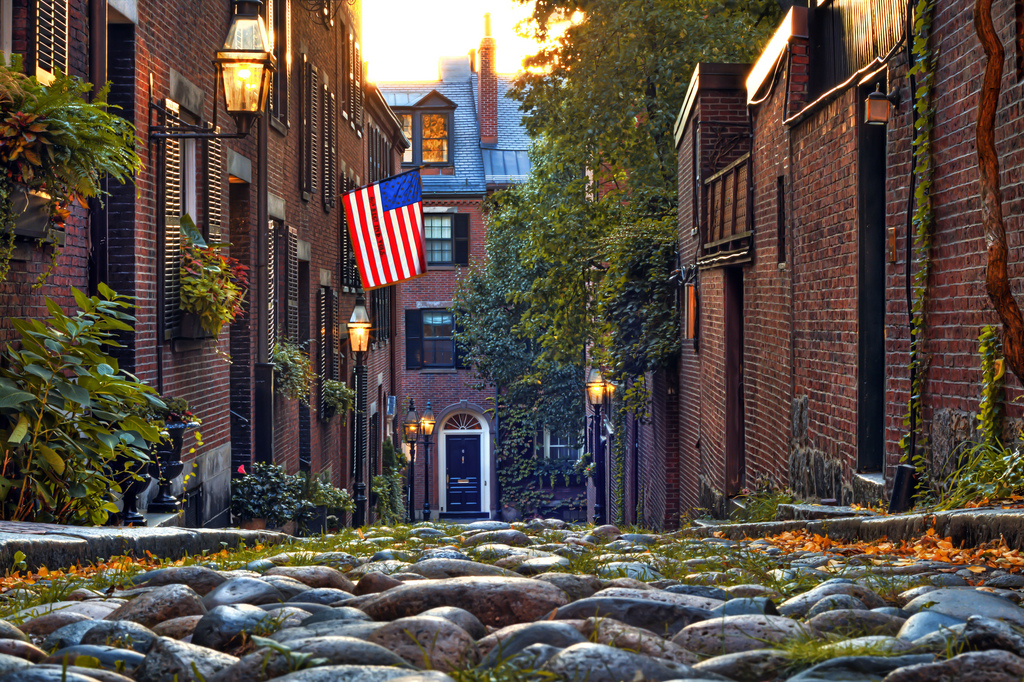 Neighboring Back Bay, Beacon Hill is Boston’s most upscale residential neighborhood. Established by early European settlers in the 1630s, its historic architecture is dominated by old colonial row houses, gas lamps, cobblestone lanes, and brick sidewalks full of classic New England charm. The neighborhood is mainly residential with a smattering of restaurants and boutiques, though it is home to the Massachusetts State House, the gold-domed state capitol building. For some of Boston’s most photogenic buildings and lanes, head to Louisburg Square and Acorn Street. 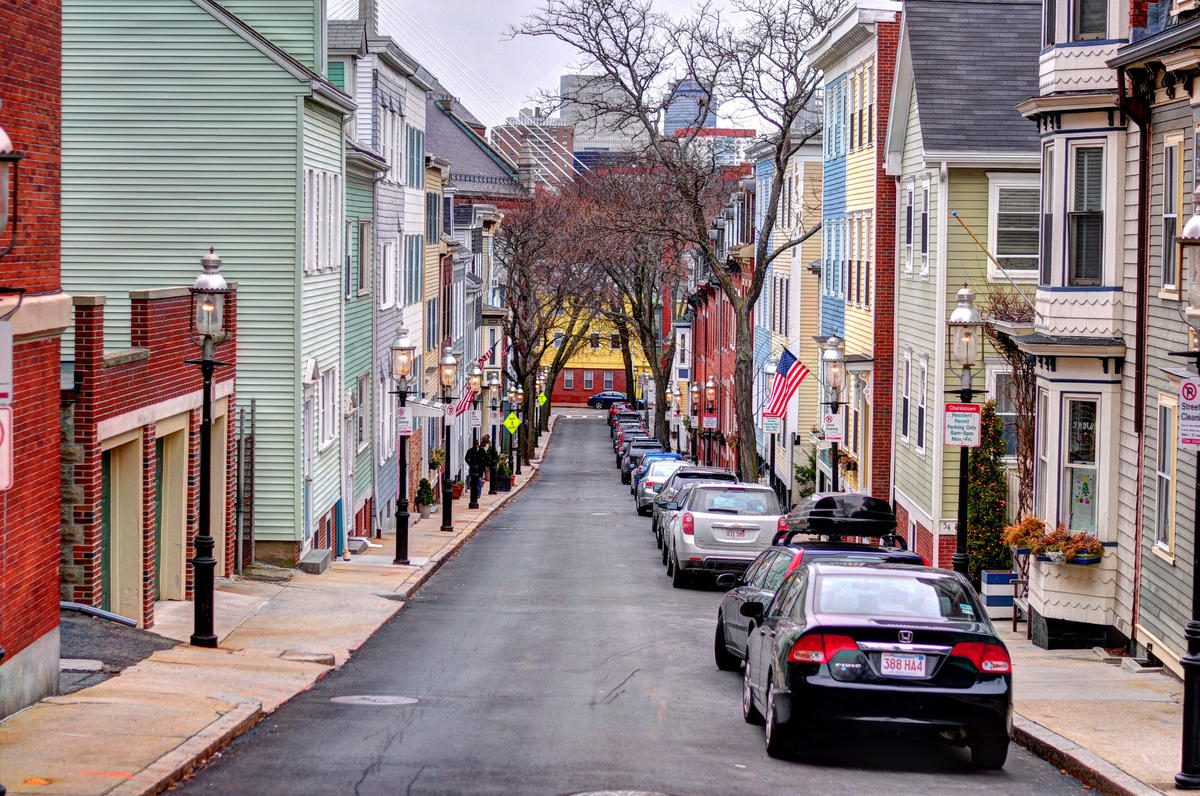 Founded in 1629 as the first capital of the Massachusetts Bay Colony, Charlestown is Boston’s oldest neighborhood and one of Boston’s main Irish neighborhoods just north of Downtown. Jutting out between the Charles River and Mystic River, it marks the northern end of Boston’s Freedom Trail with the historic Bunker Hill Monument. 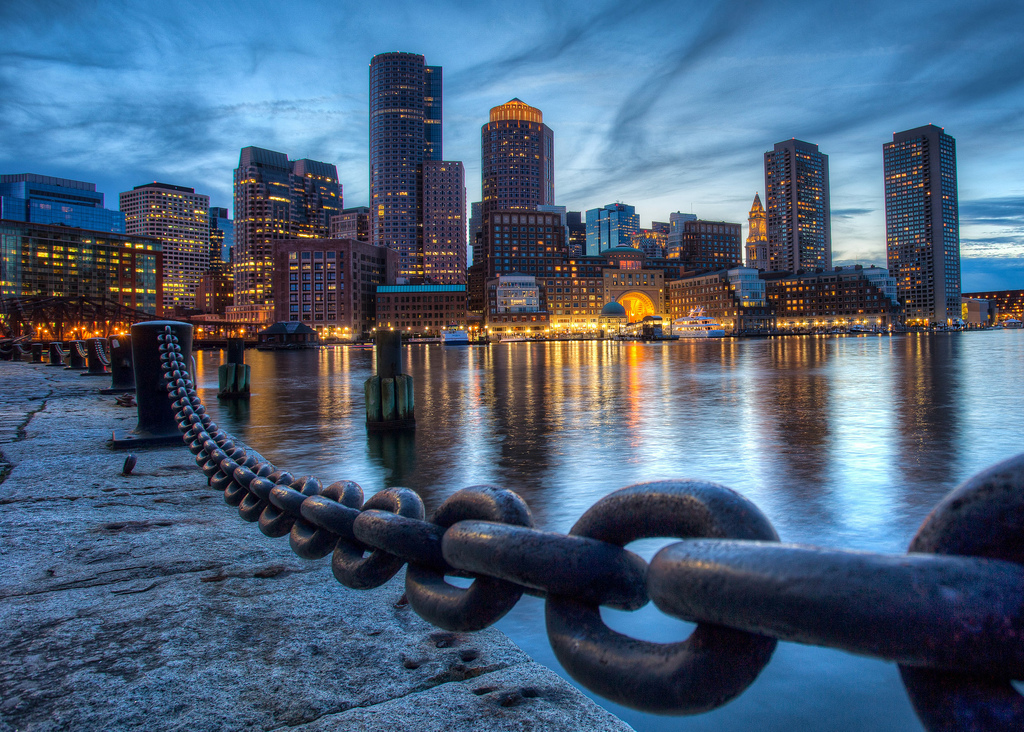 Boston’s central business district, visitors are drawn to the Downtown Crossing, Quincy Market, and the Freedom Trail. Coming from Boston Commons, follow the designated Freedom trail walk past the Massachusetts State House over to Faneuil Hall and Quincy Market into the popular North End. Downtown bleeds into the restaurants and markets of Chinatown, New England’s largest Asian district at South Station, one of Boston’s main transportation hubs. 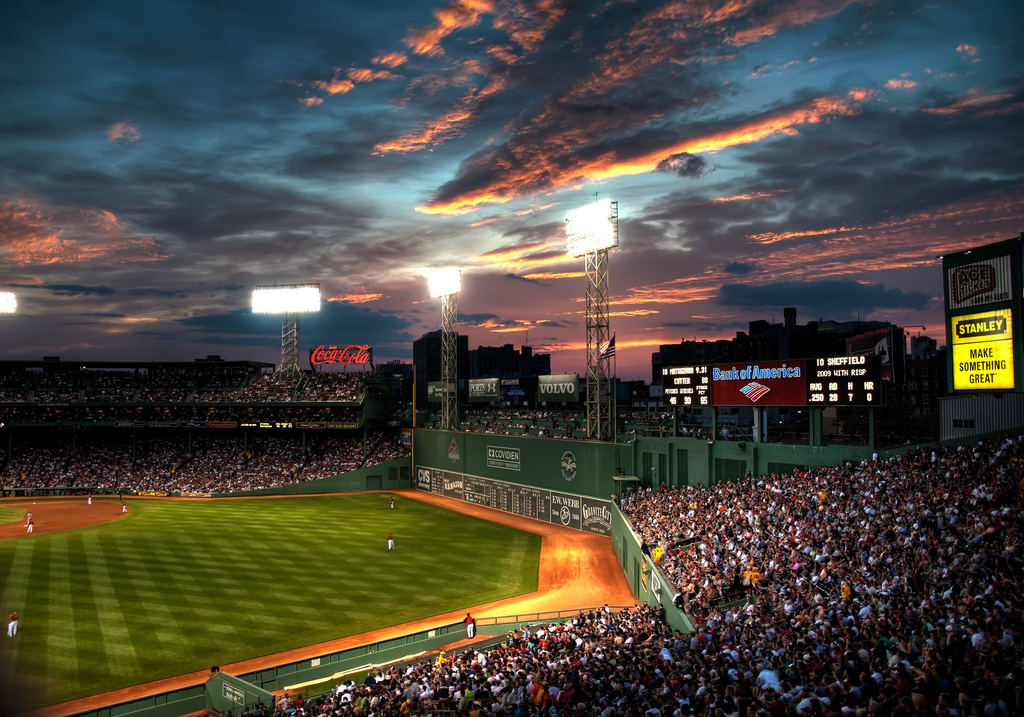 Boston’s Fenway-Kenmore neighborhood contains Fenway Park, home to the beloved Boston Red Sox, Kenmore Square, and numerous other academic institutions including BU. Most visitors come here for the shops and restaurants bordering the square, particularly the highly touted Island Creek Oyster Bar, or to catch a ballgame, but the university coffee shops and boutiques are also worth a look. The beautiful brownstones make the perfect backdrop for a quiet Boston afternoon stroll.

The North End is a tourist favorite, but local Bostonians also consider it a go-to spot for restaurants, shops and bakeries. It’s been a residential community for centuries, dating back to the 1630s, giving the neighborhood a strong sense of cultural identity as well as a plethora of historic sites and architecture. Over the years it’s been home to Jewish, Irish, and African American populations, but the Italian community continues to dominate, so much so that many Bostonians simply call it “Little Italy.” Come have a look into Boston’s history or taste some of the best pasta and seafood the world over. But whatever you do, be sure to pop into Modern Pastry for some of the best cannoli outside of Italy! 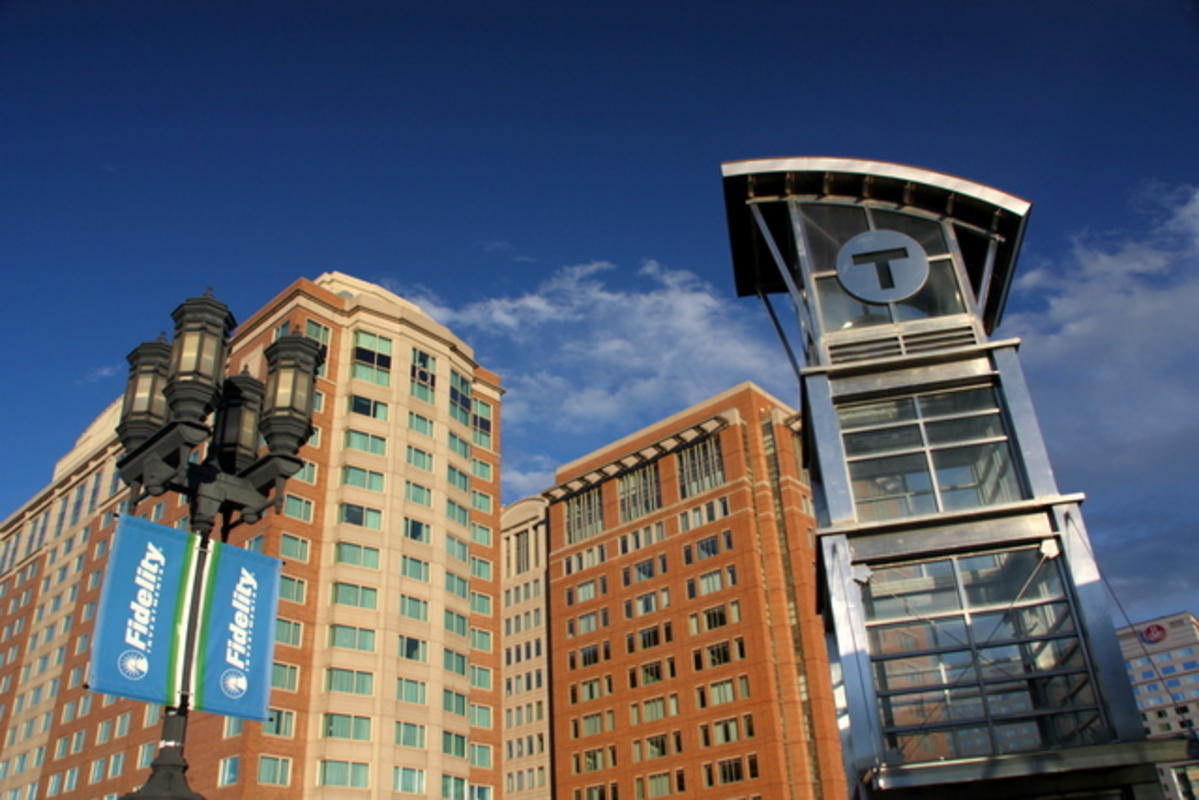 South Boston, or simply “Southie” to locals, is one of Boston’s oldest neighborhoods and home to a strong Irish-American population. In recent years the area has also welcomed new immigrants, particularly from Poland, Albania and Lithuania. A trip into South Boston highlights the city’s diversity, easily seen by the neighborhood’s many churches. South Boston is also home to the nation’s oldest St. Patrick’s Day parade, with an annual explosion of Irish festivities each March.