After gazing up at the ominous winding steps and hundreds of Chinese tourists milling about, it was hard not to imagine I was about to embark on some sort of mystical journey. The kind that could only be depicted in a movie — a movie that involved monks and an old wise man seeing into my future. 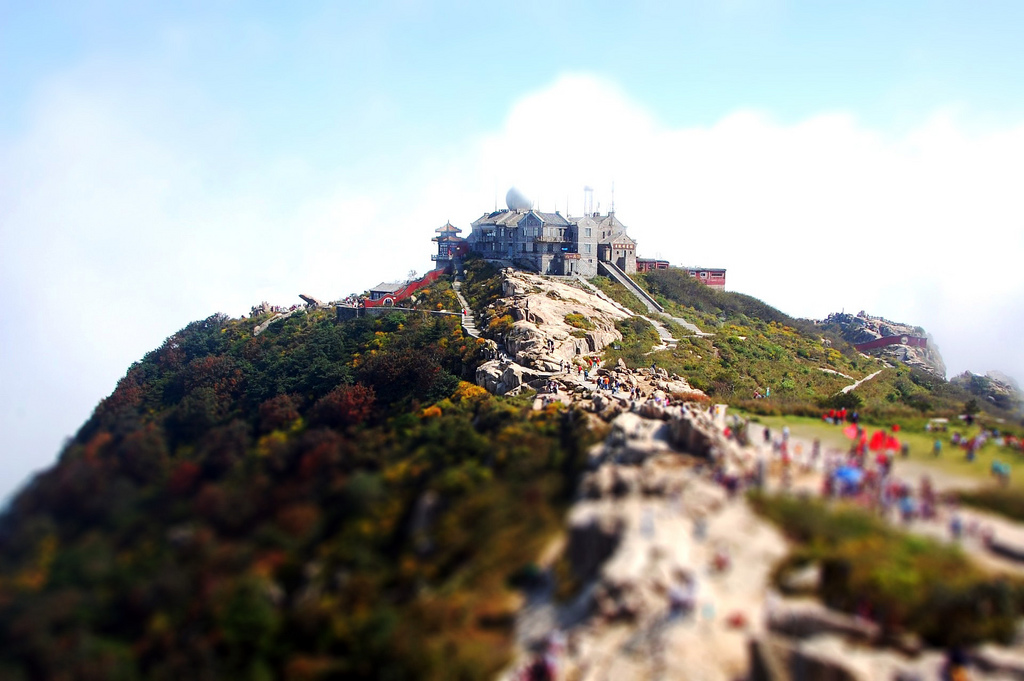 The mountain in question is known as TaiShan (shan means “mountain” in Chinese), and, sadly, there was no one at the top waiting for me. But, with an impressive 6,066-step climb and plenty of Taoist temples and prayer sites in between, I wouldn’t have been surprised if I had found one.

So holy in fact, that the 72 emperors of China were expected to climb it to ask for blessings from the gods found there. 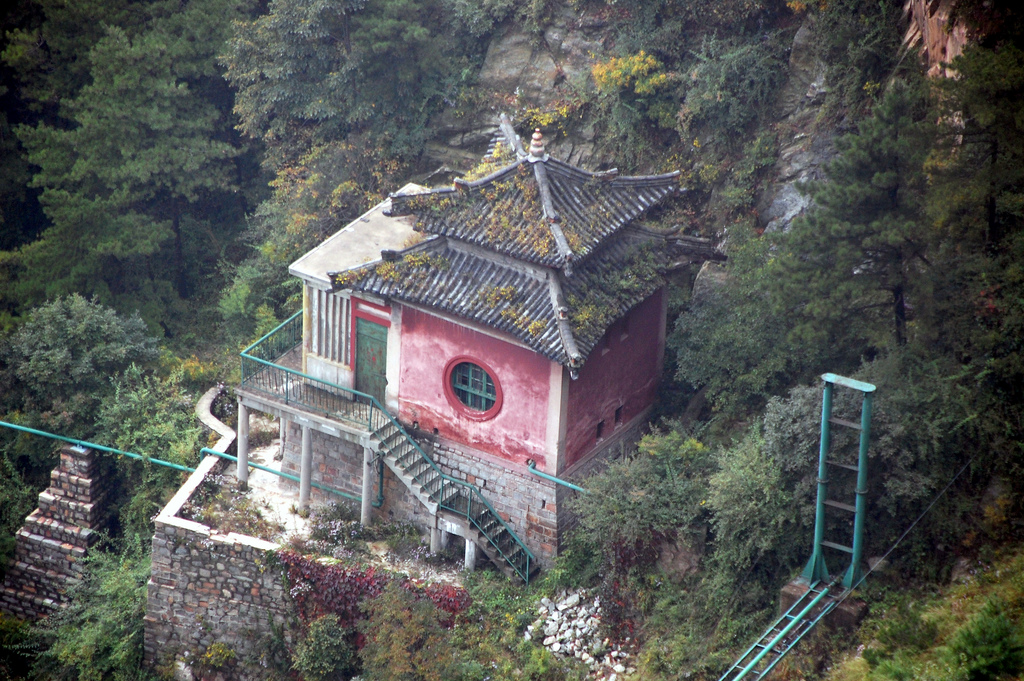 While the time of the emperors has long since past, religious Chinese observers make the historic climb to honor the sun gods. And the best time to do that? At sunrise, of course.

While we chose to go around mid-morning, the sights and scenery were so remarkable; it easily became the highlight of our two-month stay in the country. 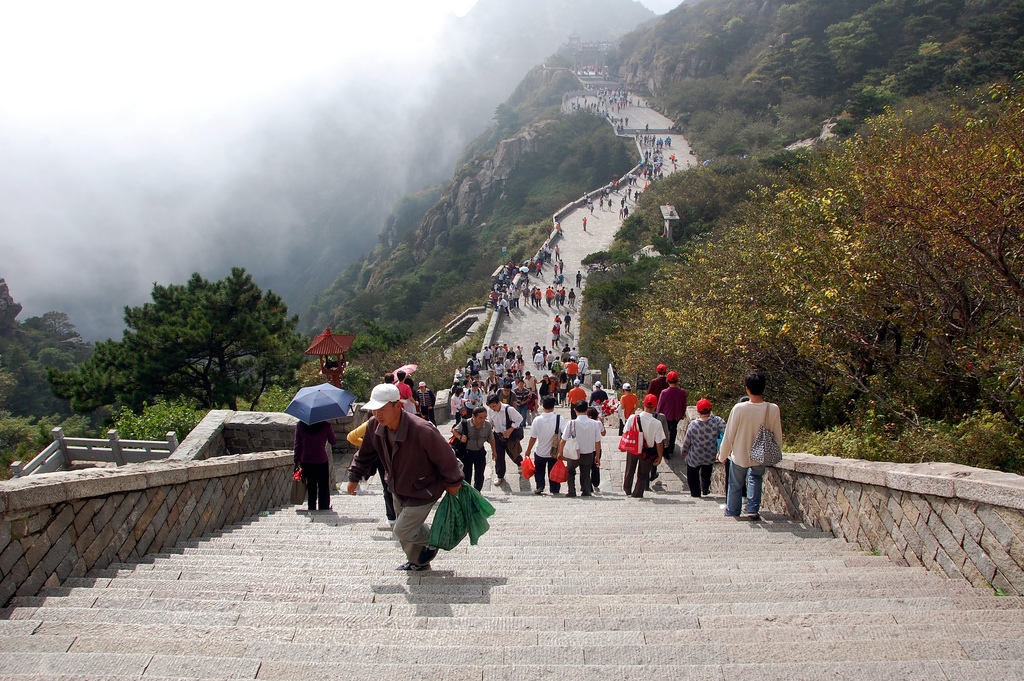 Virtually unknown to foreigners, here are three simple reasons the Mount Tai climb should be at the top of every China visitor’s bucket list:

If there’s one thing I learned about China, it’s that the Chinese love a tour group. Specifically, they love wearing flamboyant hats and shirts while on said tour. While a guide did help us to get there (much like you would need finding your way to the Great Wall), it’s not necessary for a tour guide to lead you up the mountain as many of the plaques are in both English and Chinese and the small temples lining the route are pretty self-explanatory. It was nice to see in the sights as we pleased, stop for breaks as we needed, and take as many photos as we wanted, which are hard to do while on someone else’s schedule.

We climbed the 6,066 steps along the Eastern Route, also known as the Imperial Route, which is arguably the most scenic way to the top before taking the cable car back down to the town. Many Chinese opt for the Peach Blossom Ravine Route and even the more rugged (and slightly more dangerous) Tianzhu Peak Route. For a hike that allows you to take in the most sights and temples the emperors visited, and allows for plenty of photos of rock side inscriptions, opt for the Imperial Route. Trust us, you don’t have to be in shape to make it up all those steps in under two and a half hours.

3. The bus ride alone is worth it.

Sitting in the front seat of the bus, I learned Chinese drivers are not afraid of anything. Period. They laugh in the face of danger, including sudden cliff drop-offs. The winding ride was a little nerve wracking as a passenger, but I like to think of it as preparation for the steep, worn steps you’ll climb as you pass through the Gates of Heaven upon entering Mount Tai. Use the time to drink plenty of water, munch on a protein bar, and even take a quick power nap. You’ll need it before you begin one of the most amazing hikes of your life.