Las Ramblas is Barcelona’s most famous avenue and everyone who visits should make it a point to walk the entire pedestrian strip from Plaça de Cataluña to the waterfront. Perfectly expressing Spain’s atmosphere and Barcelona’s character, it’s bustling, lively, and literally the heart of the city so meander, get lost, and take your time to really explore.

Here are nine things you should look out for when touring Las Ramblas: 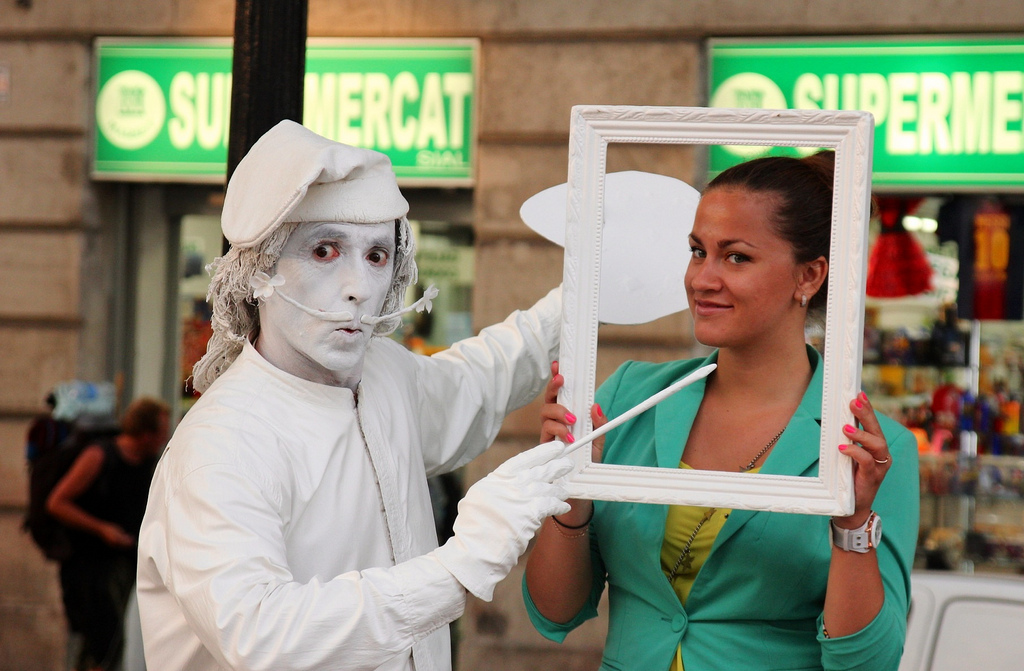 Gawk at the Street Performers

Human statues are not unique to Las Ramblas, but the overwhelming amount of human statues is. You may very well feel like you’re walking through a live and interactive open-air sculpture museum. But there are plenty of moving pieces, too. Since there’s so much competition, performers tend to up their game by creating even more outlandish costumes, impressive routines, and bigger acrobatic stunts ensuring there’s always something to catch your eye. 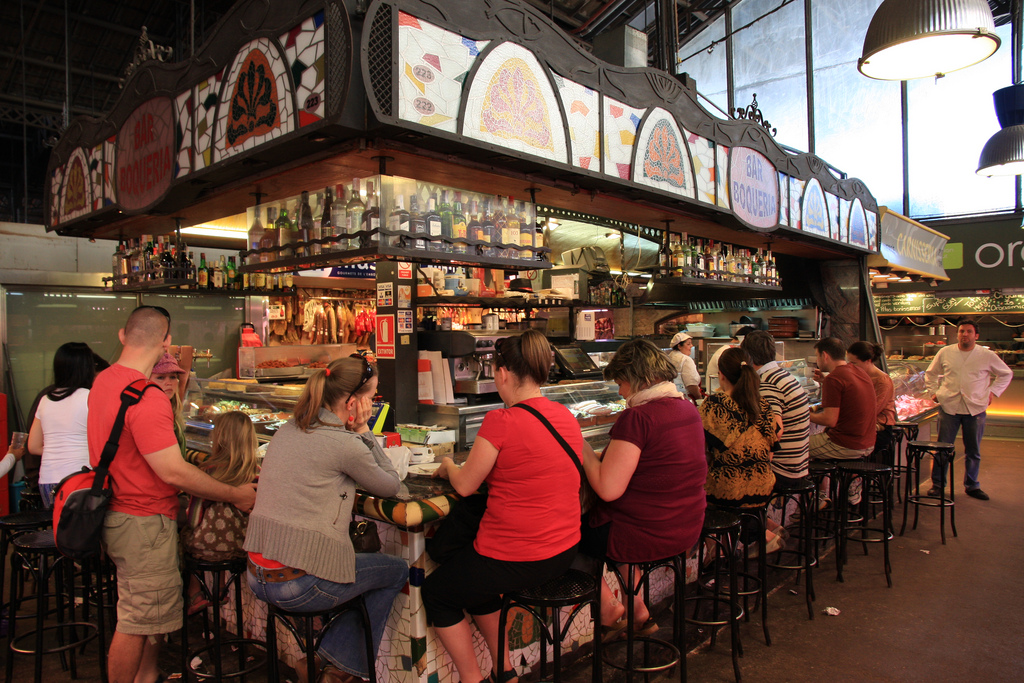 La Boqueria is Barcelona's flagship market where you’ll find the freshest seafood, produce to go, and one of the best tapas restaurants in the city that naturally, uses ingredients right from the market. Since it is a very popular tourist stop, you should expect to pay more than the typical city market, but the experience is well worth it. 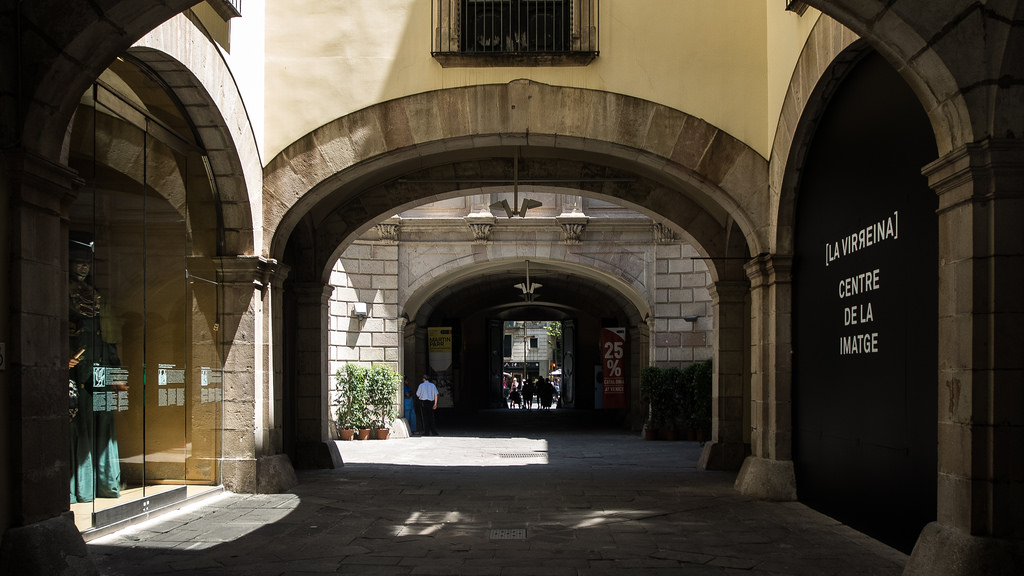 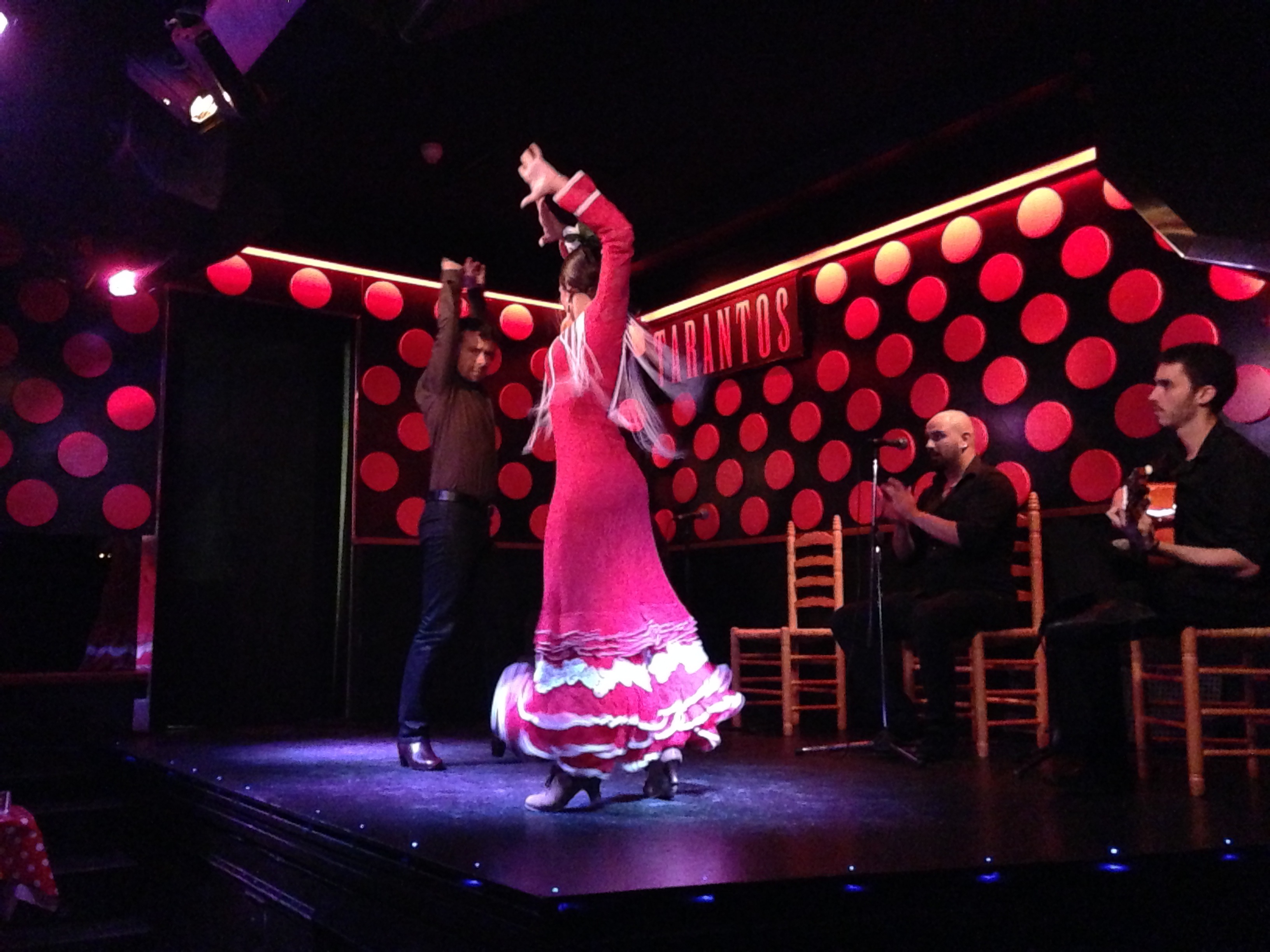 See a Show at the Liceu

The Liceu is Barcelona's most famous theater. Though it is known mainly for opera, other types of performances (primarily dance, concerts and recitals) are held there throughout the year. Check out the schedule here. 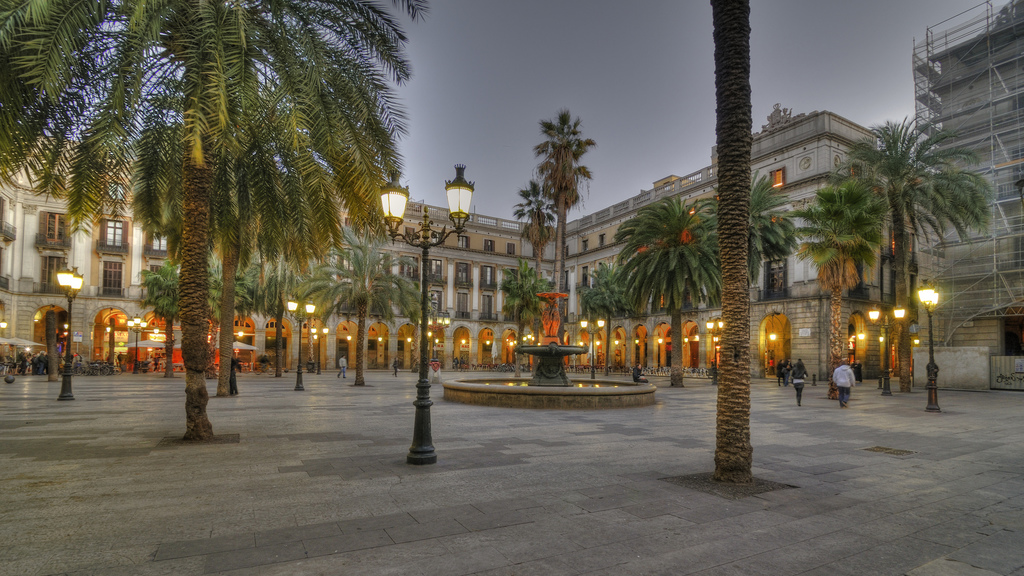 A plaza located slightly off Las Ramblas, this small detour is well worth it. Plaça Reial (“Royal Plaza”) offers a much more serene environment than the bustling downtown, which makes it a nice place to stop for coffee and look at the Gaudí lampposts (the first public works of art attributed to the architect). If you’re there at night, make sure to catch a flamenco show or pass the time at one of the many nightclubs. 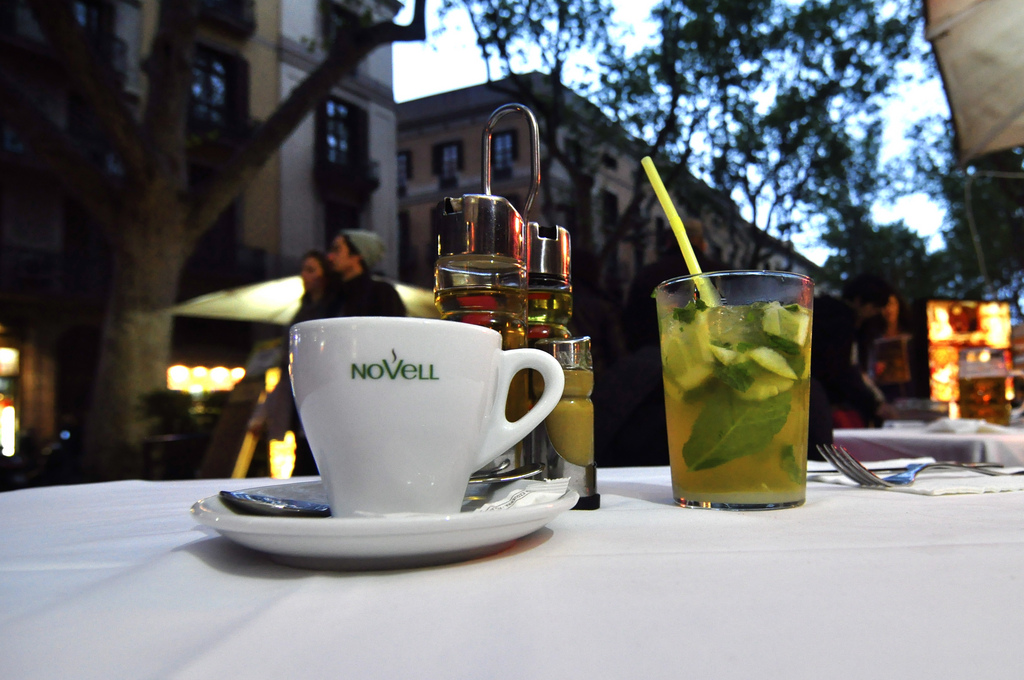 Grab a coffee and snack

Many of the cafés along Las Ramblas still maintain the look and feel characteristic of centuries old Spain. If you’re in need of a pick-me-up, grab some flan, gelato and caffeine and continue the tour. 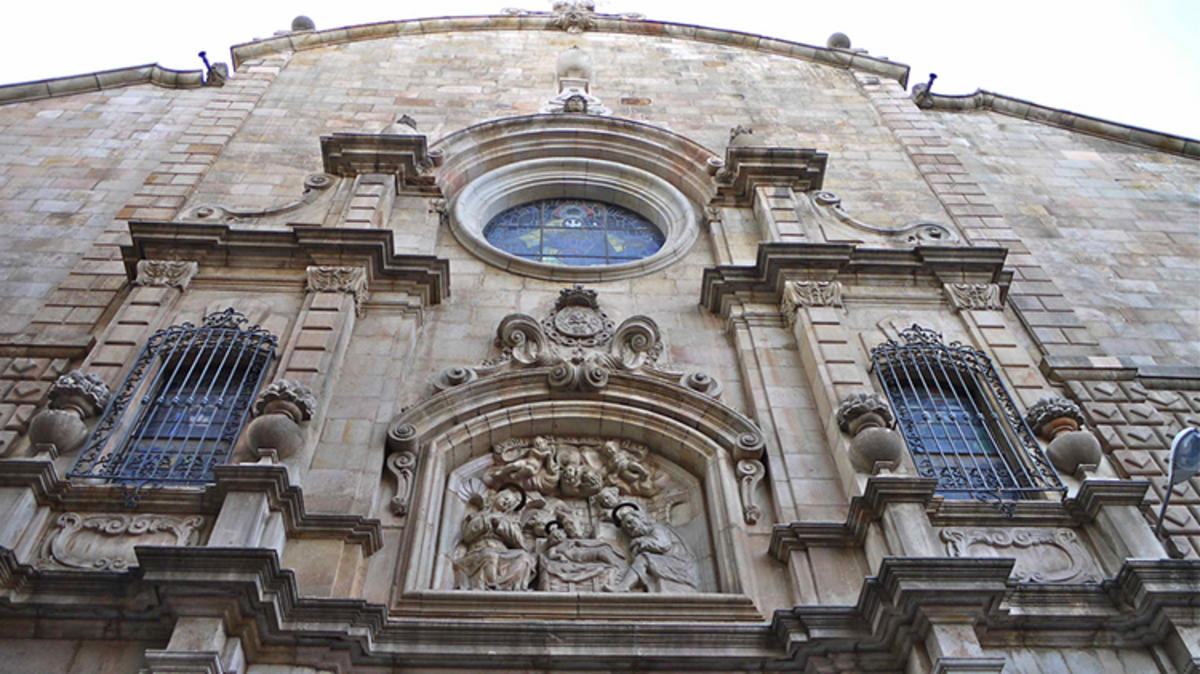 Look up at the Architecture

Upon first impression, Las Ramblas appears to be pretty commercialized. But look up, and the beauty and uniqueness of the city comes to life. One building in particular to look out for is the Baroque Eglesia de Betlem, providing great contrast to what’s at ground level along the avenue. 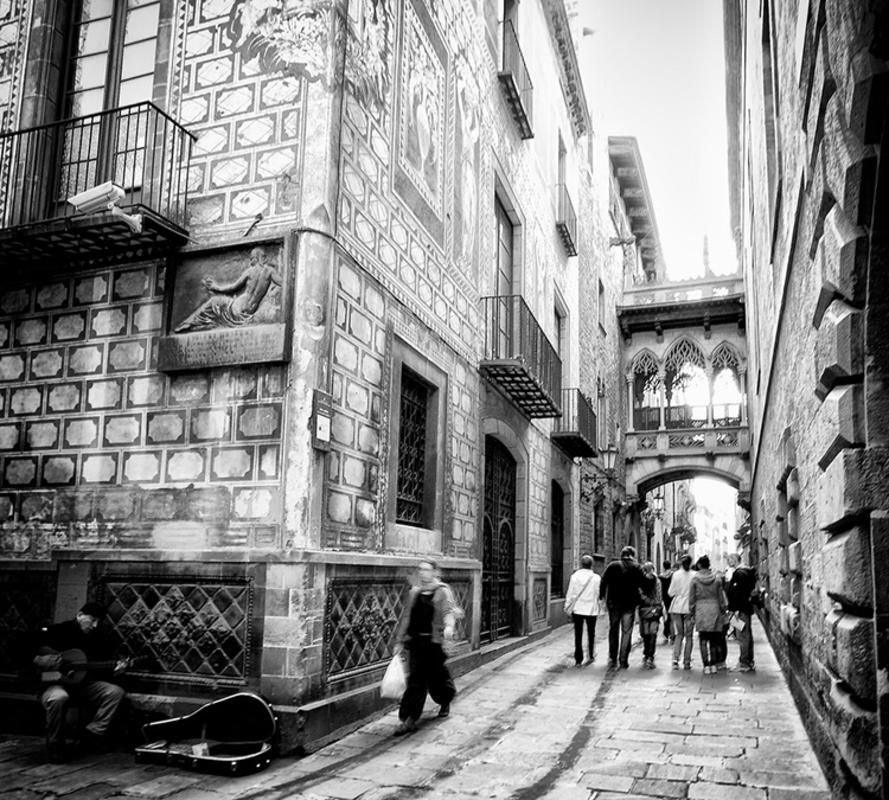 Get lost in Barri Gotic

Barri Gotic is Barcelona’s “Old Town” and it’s most famous district. Just walking the narrow, labyrinth-like alleys is an experience in itself, but searching for Gaudi buildings along the way makes it a real live treasure hunt. 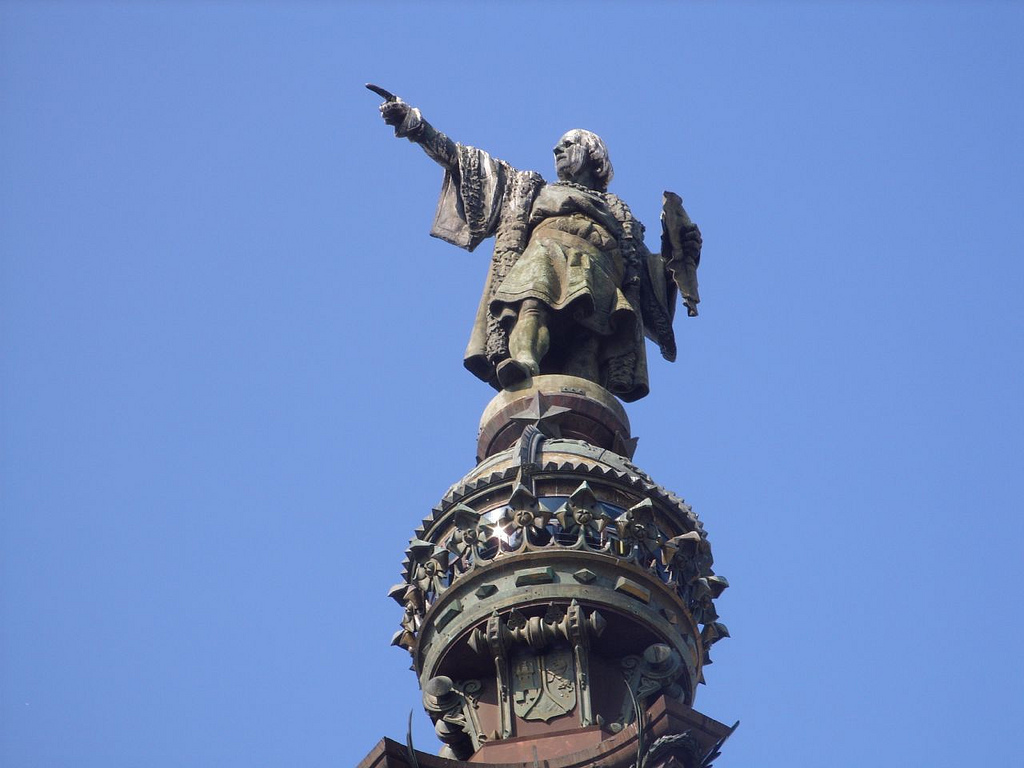 At the end of Las Ramblas by the waterfront, there is a statue dedicated to the famous explorer, Christopher Columbus. The monument may look very narrow, but you can actually climb up to the small viewing tower to celebrate your own expedition! You’ll be treated to one of the best views in the city, but be aware that it is not for the claustrophobic.