Eating in Barcelona is a big part of experiencing the city. Not only will you meet local people and get to know more about Spanish culture, but your stomach will also receive a workout. Be prepared to eat yourself silly on everything from throaty Spanish coffee and rich chocolate dishes to snacks like tapas, quality Catalan cuisine and a good choice of wine. 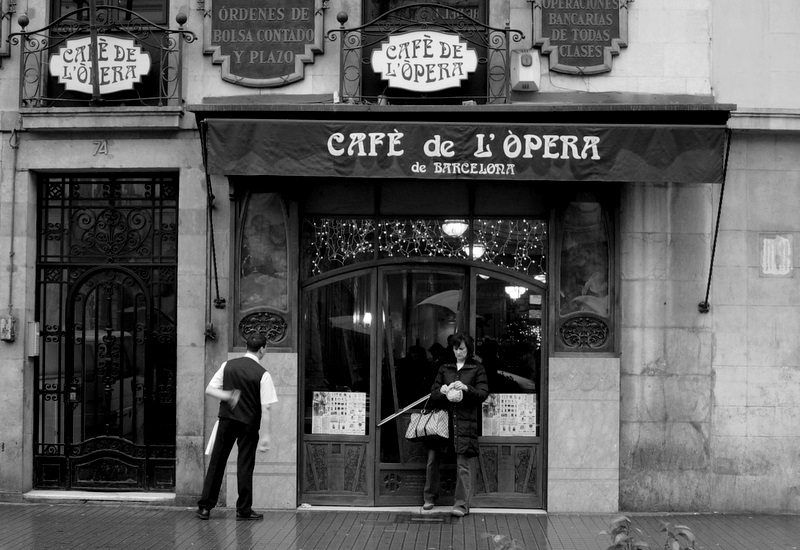 Coffee and a Pastry

Begin the day like all good Barcelonans with some fine Spanish coffee and local pastry. Ordering coffee is a bit of an art form so you’ll need to know what’s on offer. The café solo is an espresso, café con leche comes with milk or a café cortaldo with just a drop of milk. Weak milky coffee is a manchada.

There are plenty of places you could go in this city dotted with cafes, however the busy and atmospheric Café de l'Opera on La Rambla remains a popular spot. No doubt you’ll want to start exploration of Barcelona on this vibrant, central city street, so breakfast-watching the tourists and locals passing by could be a good way to start. Café de l'Opera began life in the 18th Century but was acquired by the present owners in 1928 and has a neo-classic style. 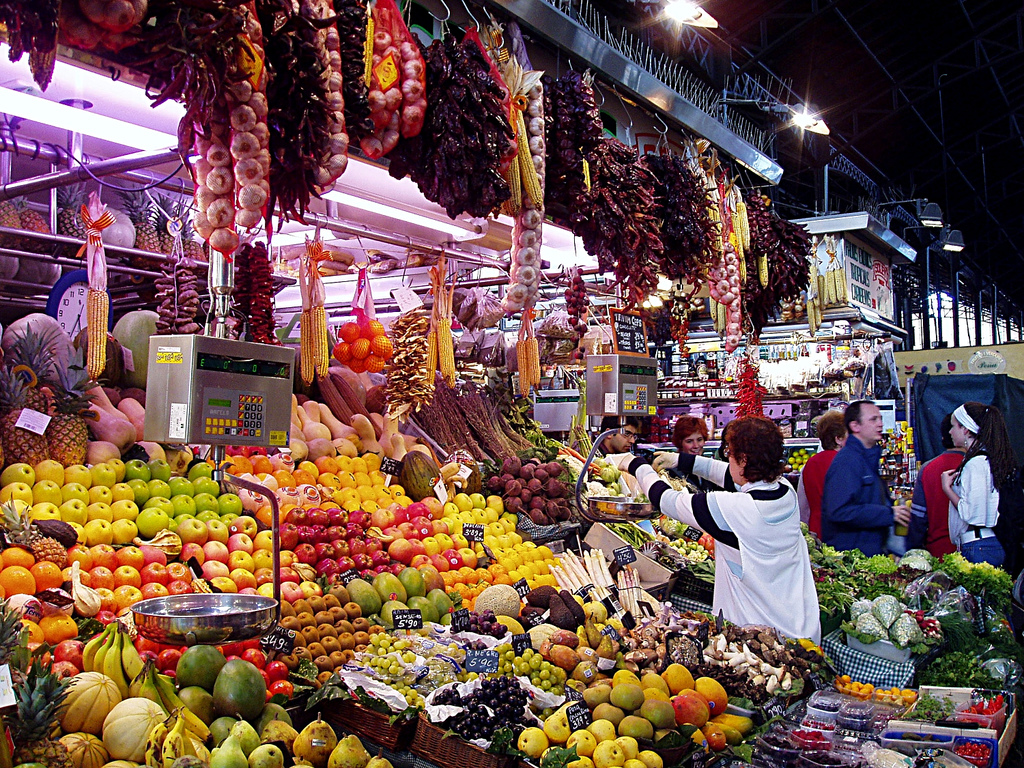 After breakfast head to the Mercat de la Boqueria nearby on La Rambla that sells fresh fruit, vegetables, pastries, and bread. It’s probably not the cheapest of places but a rather iconic part of the city and worth a look at some of the local foods. If you are keen on markets there are a number in the city including the Mercadillo de la Plaça de Sant Josep, Sant Antoni Market and Fira Artesana. 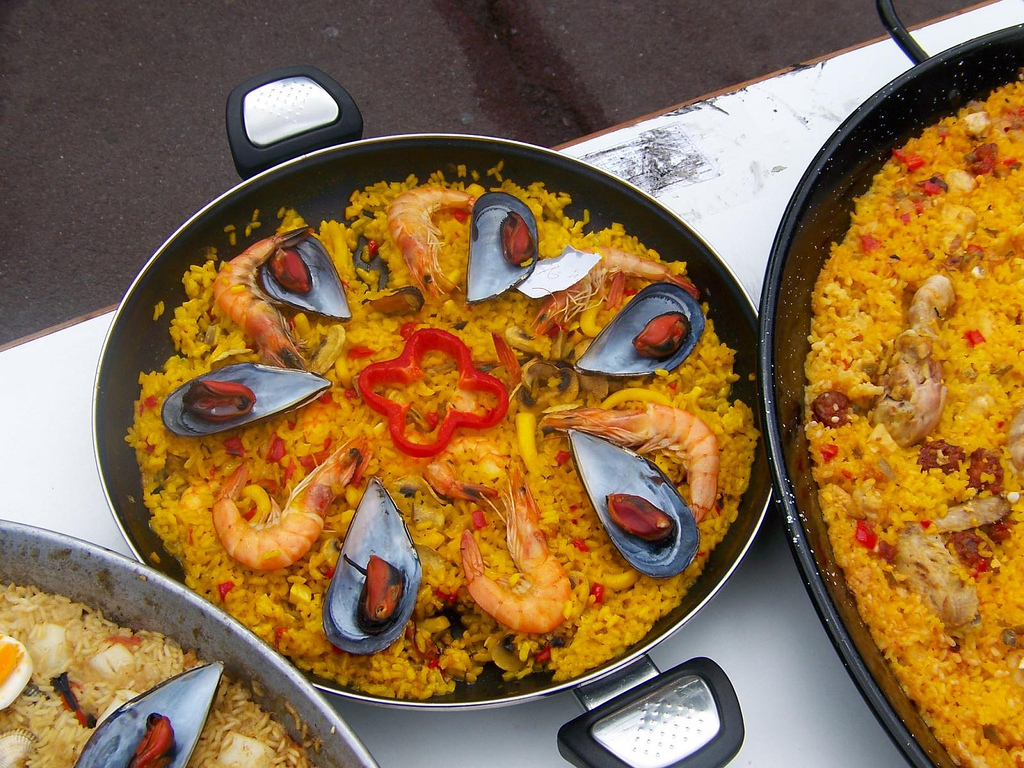 One of the most quintessential eating experiences in Barcelona is paella by the seafront. While paella originally comes from Valencia to the south, the ambiance here at the waterfront is quite something. Paella is a rice dish with vegetables and meat or seafood (sometimes both). Head to the seafront to places along Almirall Aixada where you’ll also find the established Can Majo, or down to beachside suburbs like Poble Nou. 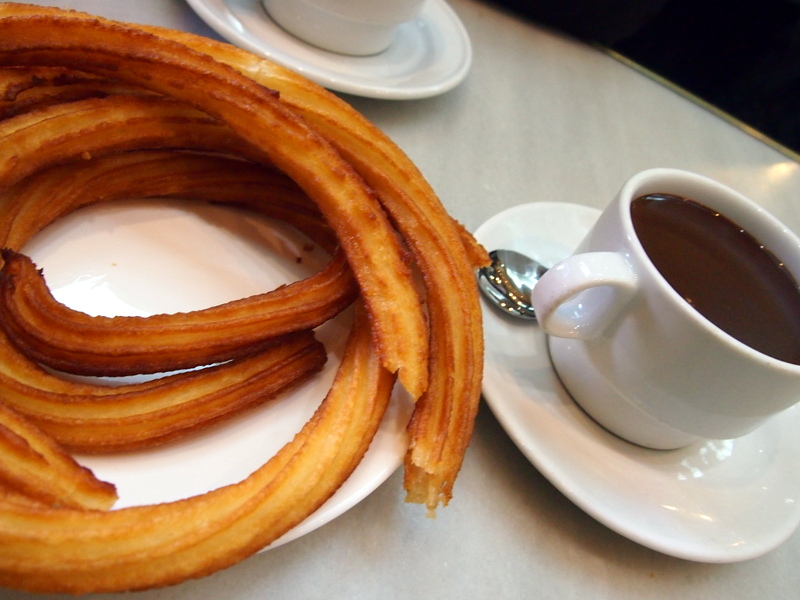 Get a Chocolate Fix

As the afternoon wears on, head back into the city to find one of Barcelona’s chocolate cafes or granjas, also called chocolate restaurants, which are particularly enjoyable in cold weather and the perfect place for a choco-fix. These are often tucked away in the back streets of the Gothic Quarter. Here you’ll want to taste churros y chocolate, a cake that resembles a thin donut that is dusted in sugar and served with thick, creamy hot chocolate. Some popular places to try churros include La Pallaresa, La Granja Chocolate Restaurant or the oldest granja in Barcelona, Granja M. Viader. These places can be busy so you may have to wait or be quick to grab a table. You could also ask for melindros, large sponge fingers that are dipped into thick chocolate, or cacaolat, a chocolate milk drink topped off with whipped cream. 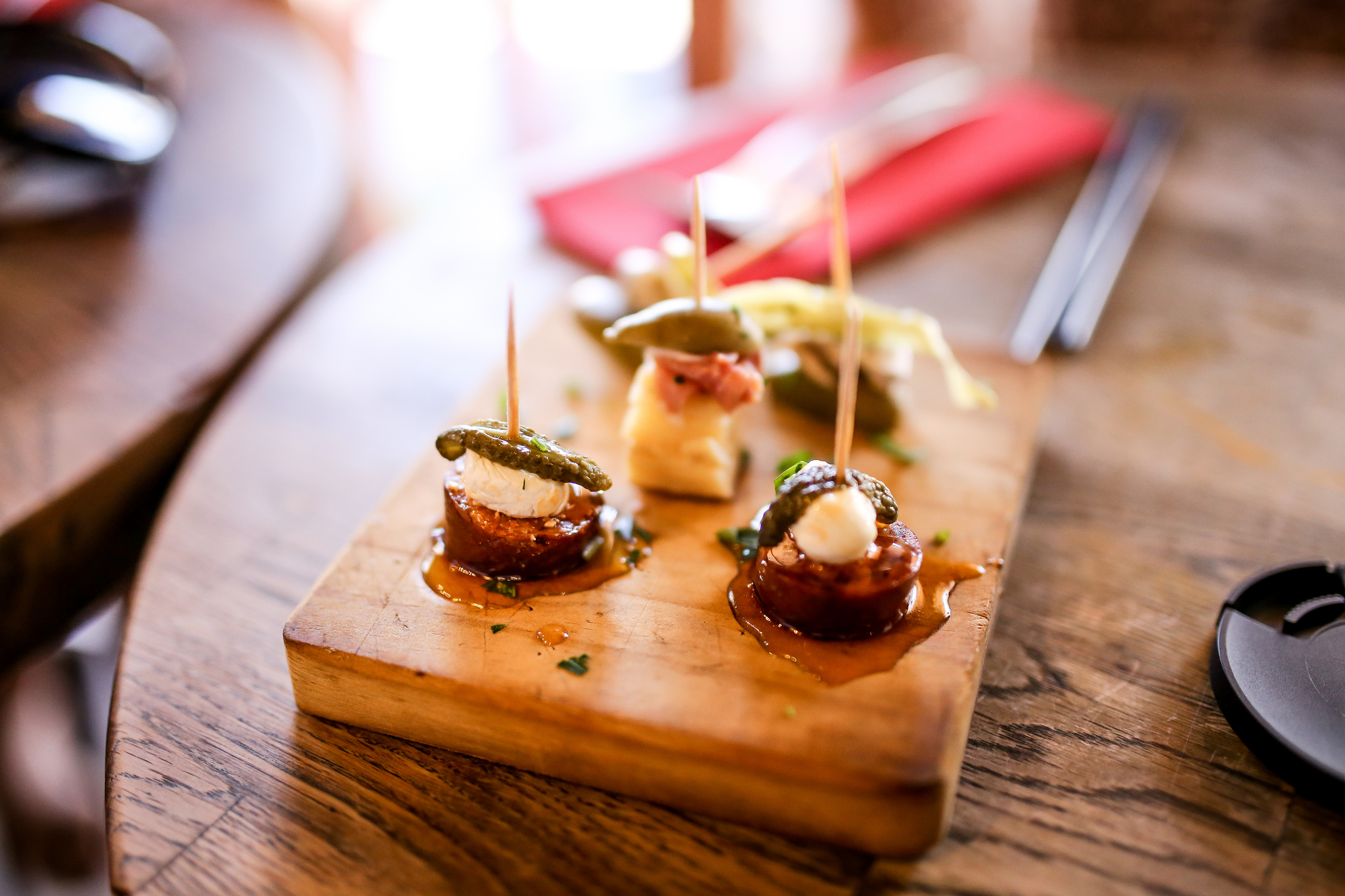 The other thing you can’t miss when you visit Barcelona, is a visit to a tapas bar. The early evening is a good time to enjoy a few of these fine bar snacks before dinner. Barcelonans are fairly serious about tapas so you’ll find a good choice of things like spicy fritters, fried baby squid, grilled razor clams, chorizo sausage and prawn tortilla. Pick a busy, atmospheric place or go for favorites like Can Ramonet, Sagardi, Cerveceria Catalana or Santa Maria.

At dinnertime, if you’re not already bursting at the seams, it’s about time you tried some true Catalan cuisine reflecting the Spanish, Arab and Jewish influences of the town. Meals could include anything from fish stew to grilled snails. Places to try the food include Tragaluz or Via Veneto. After dinner, if you’re still up to partying on, head to a wine bar for some late night beverages. The night doesn’t begin in Barcelona until after midnight so hanker down at a place like La Vinya del Senyor which offers 300 varieties of wine – plenty of choice to keep you busy for a few hours yet.

Wining and Dining in Idaho... Beyond the Potato

6 Reasons to Take a Coffee Tour in Colombia