Only in Texas Could They Get Away Inventing Their Own Cuisine

Leave it to the Texans to invent their own cuisine. As if the early pioneers didn’t have enough going on, what with defending the Alamo and forming their own republic, they somehow managed to find a bit of time to concoct the treasured fare of Texas, which would affectionately become known as Tex-Mex.

In the early 1800s, as tensions were mounting and armies were colliding, the culinary arts of Spain, Mexico, and the American frontier were merging in a much more welcome manner. Before long, Texas kitchens were churning out common Mexican dishes, with resourceful pioneer chefs substituting local ingredients for those hard to find north of the border. And thus, Tex-Mex was born. 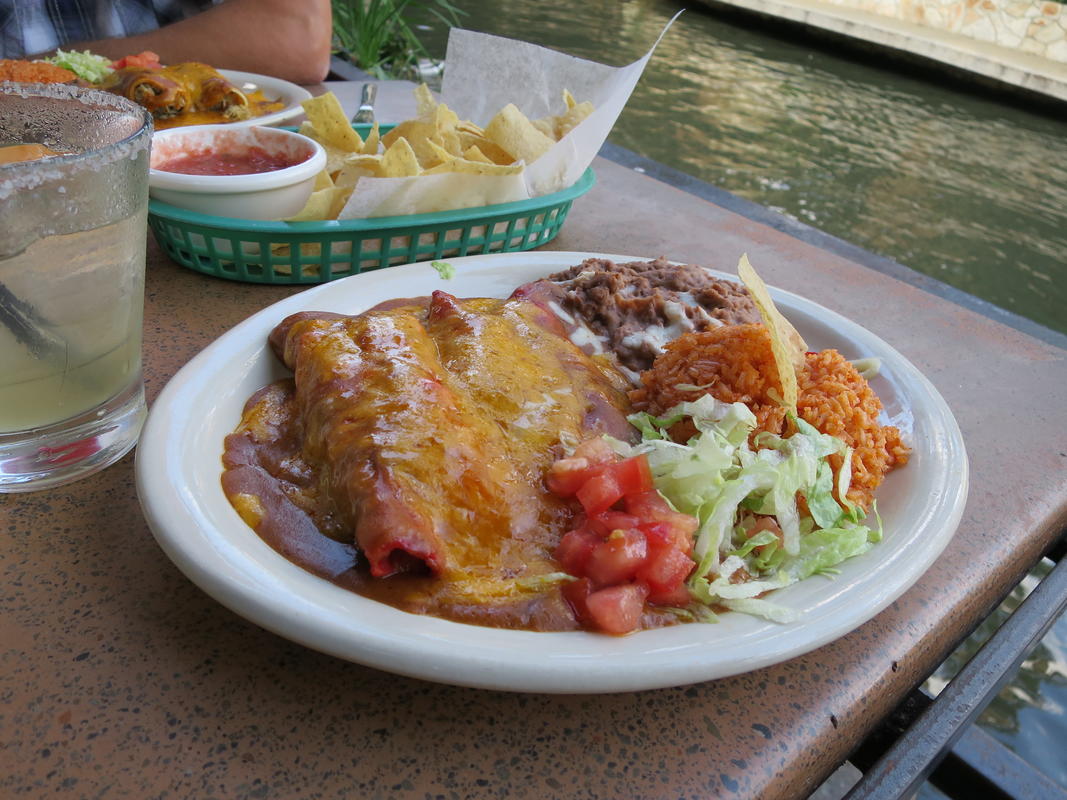 What is Tex-Mex Cuisine?

Tex-Mex has many obvious distinctions from its true Spanish-Mexican roots. Meals started with chips and salsa and ended with rainbow sherbet, or even a very Texas-y pecan praline. New dishes were created for American palates, including fajitas, nachos, and chimichangas. Chile con carne replaced traditional and more complex Mexican moles and pipians. Entrees were accompanied by refried pinto beans, Spanish red rice, and a side of tortillas, usually of the flour variety. And everything came smothered in yellow cheese.

Mexican chefs were rolling over in their graves. But their redemption was close at hand. In 1975, Tom Gilliland and Miguel Ravago arrived to re-introduce Austin to the origins of their beloved Tex-Mex with the opening of Fonda San Miguel.

It would be a lie to say there was not an adjustment period. What is now an institution originally had Austinites appalled at the missing complimentary chips and salsa. They struggled to embrace less commonplace meats such as cordero (baby lamb), camarones (shrimp), and pato (duck). Black beans replaced pinto beans. White cheeses like Monterey jack, queso fresco, and panela showed up in much smaller doses in place of the ubiquitous cheddar. New chiles, spices, and sauces became more frequent. No rainbow sherbet added insult to injury. Locals weren’t quite sure what to think of it, but just like with long-haired musicians and bearded hipsters, they soon accepted the restaurant as one of their own. Fonda San Miguel became a tribute to authentic Mexican cuisine, and paved the way for others to follow.

Today, you can find a variety of Tex-Mex and more traditional Mexican restaurants throughout Austin and greater Texas, but the lines get blurrier and blurrier. Can’t we just call it all damn good food?

The Best Dining in Austin (Other Than BBQ)