Summer road trips to America’s national parks are one of the quintessential family vacations here in the States. Yellowstone National Park averaged just under a million visitors in July 2016 alone — and that number only continues to climb each year. All of those people crowded into one area can make even the largest national parks feel very cramped — really quickly. Bearing in mind that winter lends a special sparkle to a selection number of attractions each year, we sought out the finest national parks to visit in the wintertime. From Dr. Seuss-like landscapes to magical ice caves on the shores of Lake Superior, these national parks are worth seeking out throughout the year but especially in the depths of winter. 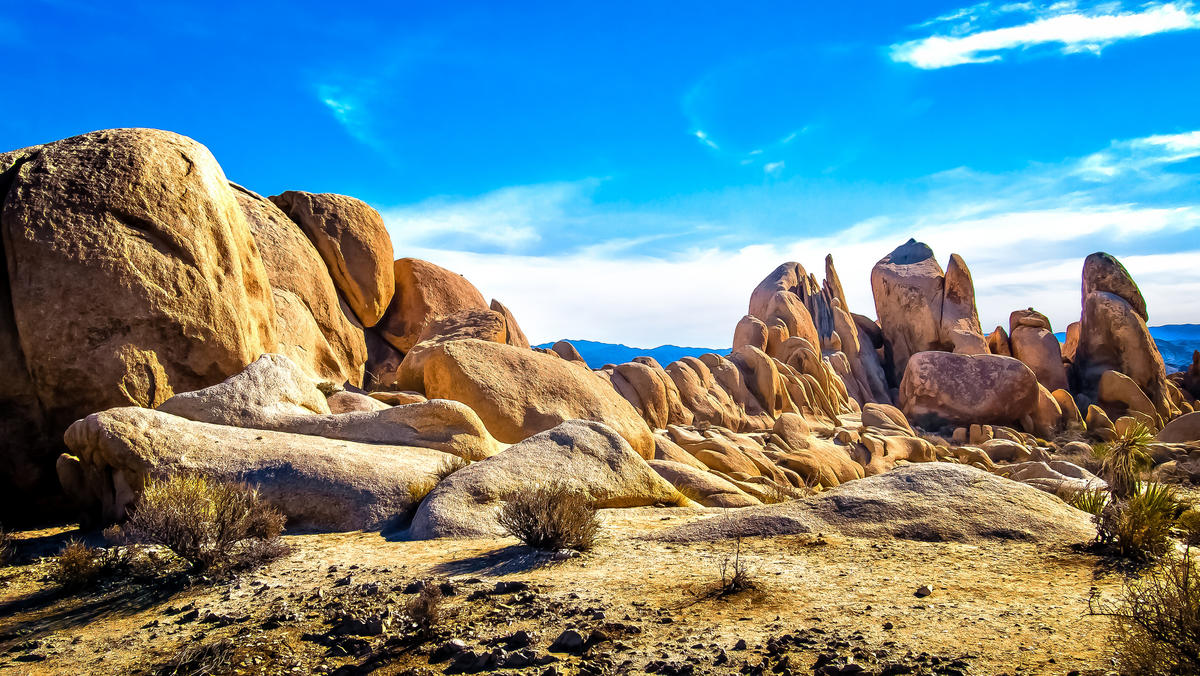 Nestled at the crossroads of three major — and extremely unique — ecosystems, America’s youngest national park has begun garnering recognition for its wintertime adventure scene. Named for the strange desert trees found throughout the park, snowfall is extremely rare and unlikely for the majority of the southern and eastern zones of Joshua Tree. That’s good news for outdoor enthusiasts. Featuring more than 8,000 climbing routes and another 400 rock formations, Joshua Tree is especially popular with rock climbers eager to capitalize on the mild temperatures and slim crowds. Thanks to the crisp dry winter air, the night skies are much clearer as well, making it easier to spot the Milky Way. The national park, which was recently designated as an International Dark Sky Park, formally kicks off the winter viewing party with the Night Sky Festival in November each year. 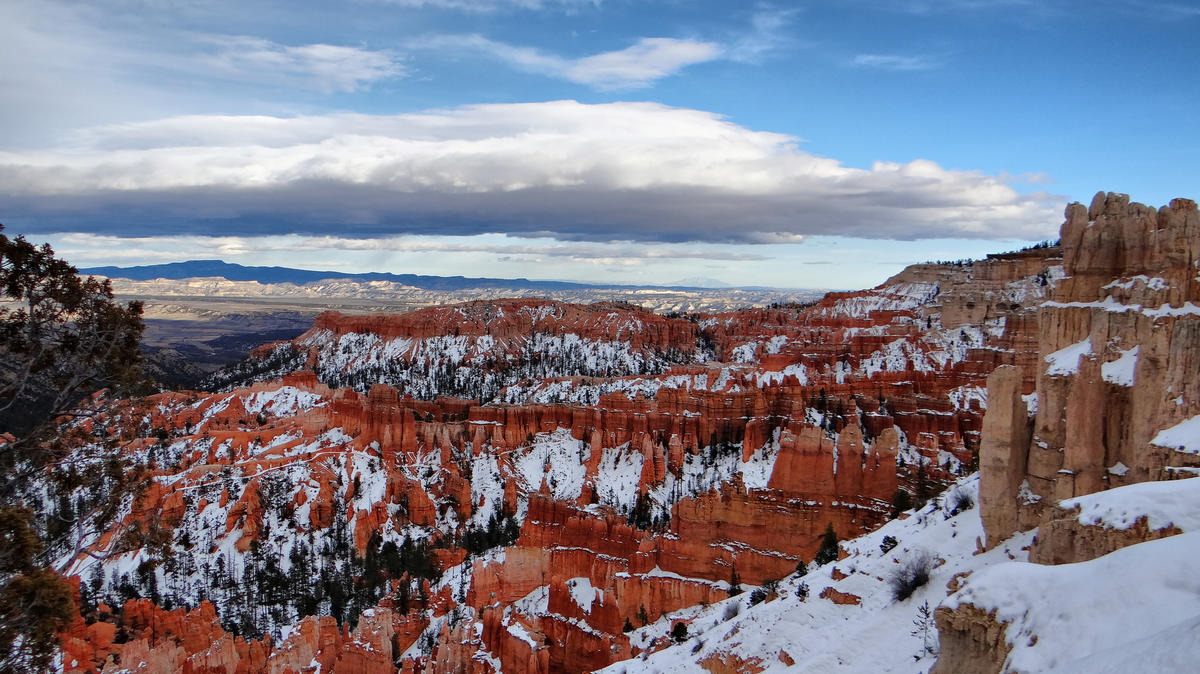 The iconic hoodoos of Bryce Canyon National Park never look quite so hypnotizing as they do when they’re covered in a dusting of snow. Ranger-led snowshoe hikes, cross-country skiing, and sledding are three of the most popular activities in the park throughout the winter months, but the best time to visit is during President’s Day weekend in February for the Bryce Canyon Winter Festival. Past events included photography workshops, fat bike tours, and a Winter Festival X-C Ski Race. Barring race entry, all events held during the weekend festival are free and open to the public. 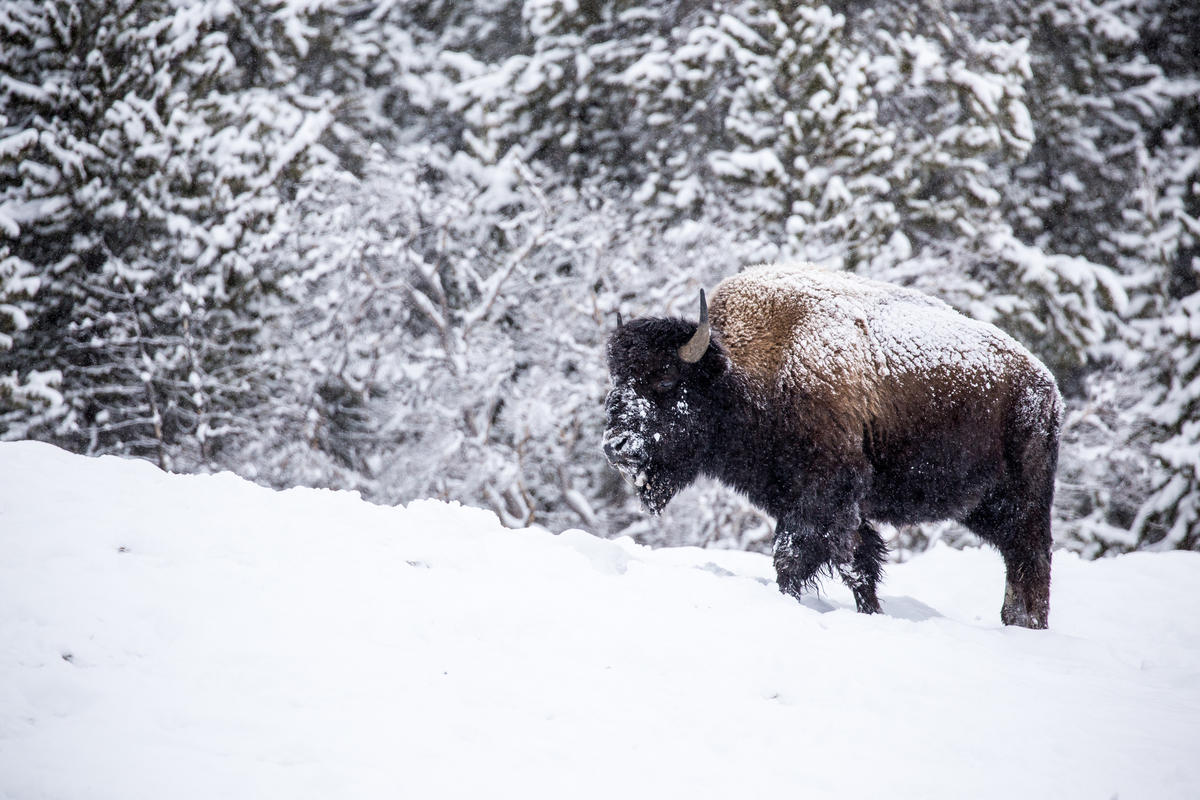 Like most national parks, America’s first national park is most popular during the summertime. Unlike others, Yellowstone National Park completely transforms into a winter wonderland by late fall. By the time the first snow flakes fall in November until late March when the snow begins to melt away, the park’s roadways are almost exclusively accessible by snowcoach, snow mobile, or snowshoe, offering visitors incredibly intimate interactions with area wildlife and landscapes that inspired one of America’s finest ideas. 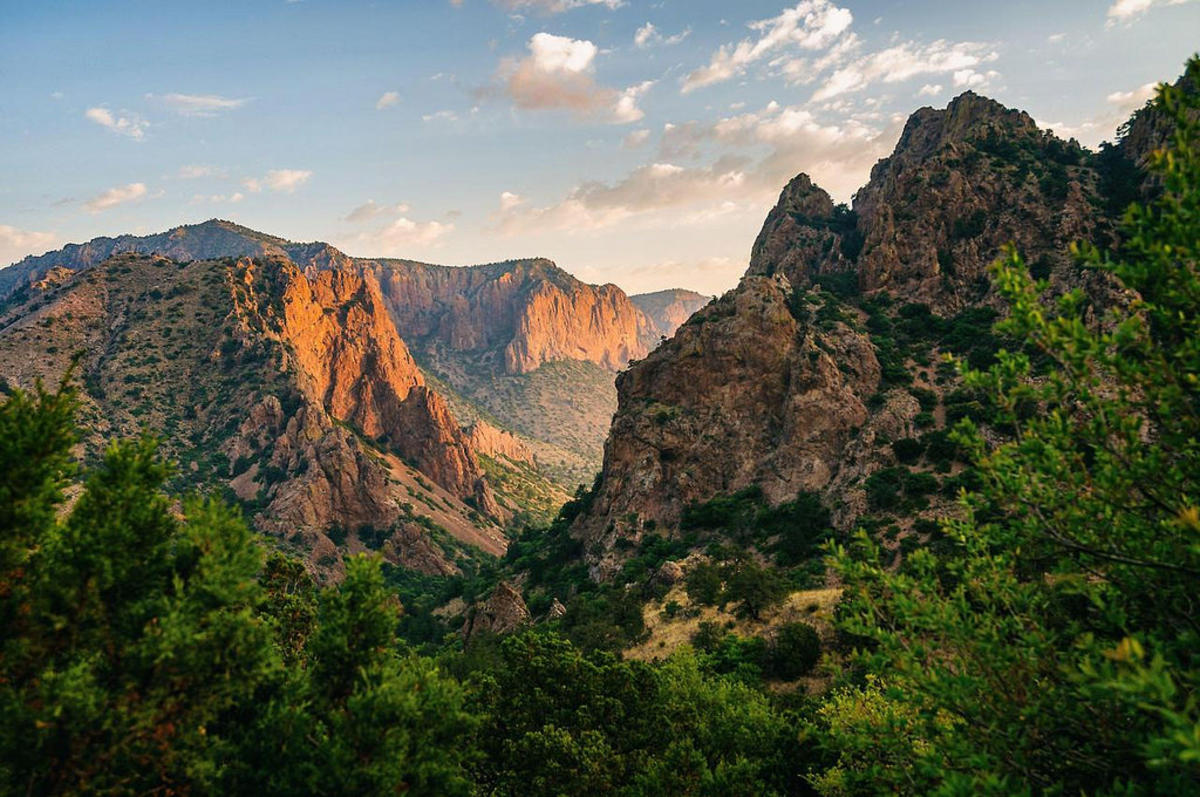 Considered one of the last truly “wild corners,” Big Bend National Park is one of the most geologically diverse and breathtaking spaces the United States has to offer. In addition to canoeing and rafting excursions along the Rio Grande (the river runs along 100 miles of the park), Big Bend is the only national park to house an entire mountain range. It’s just one reason why the South Rim Loop ranks so high on nearly every hiker’s must try list. 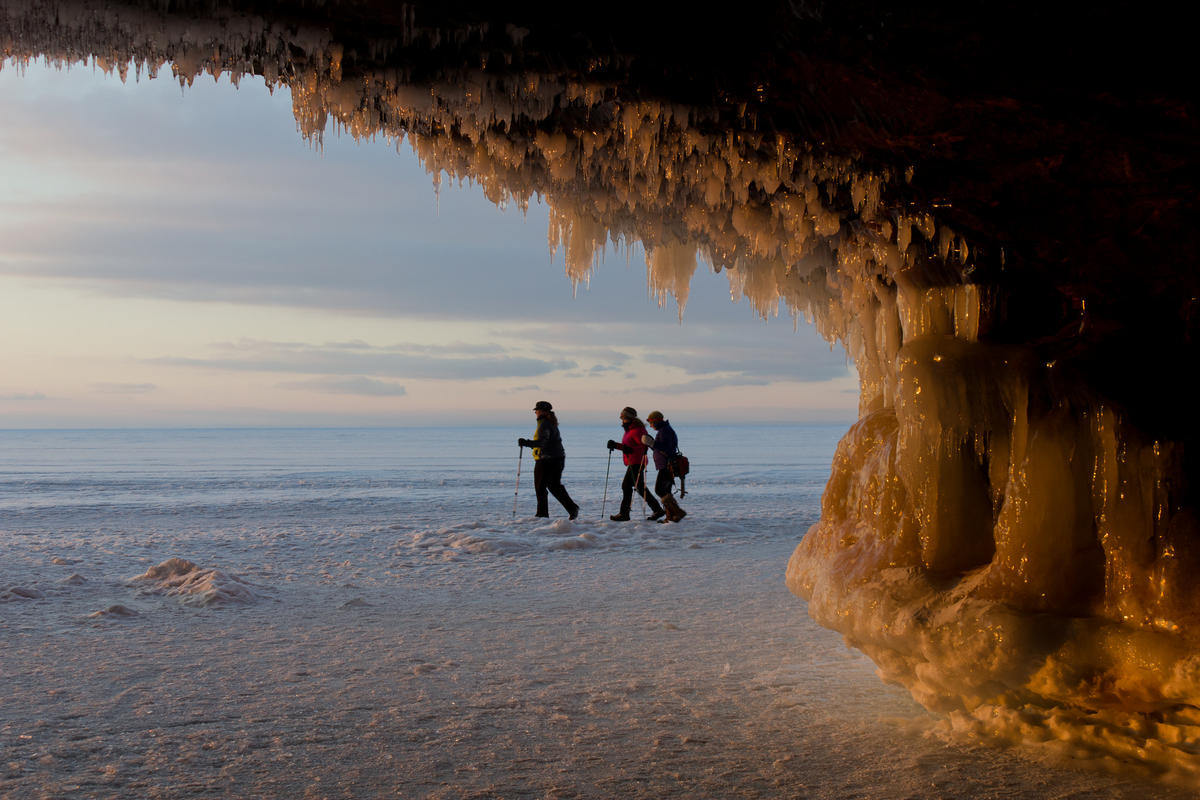 The 21 islands and resulting sea caves that span Wisconsin’s Lake Superior shoreline are one of the finest hidden gems the dairy state has to offer. Though they’re beautiful year round, the sea caves are absolutely stunning when huge columns of ice flank them and the nearby cliffs, creating dozens of mysterious ice caves. A portion of the of the waterway between Sand Island and the mainland freezes over by February of each year, allowing visitors to snowshoe or cross-country ski in and out of the ice caves. If you’re interested in visiting the ice caves, it’s important to take note of weather conditions before venturing out. If in doubt, call the automated Apostle Islands Ice Line for news on accessibility. 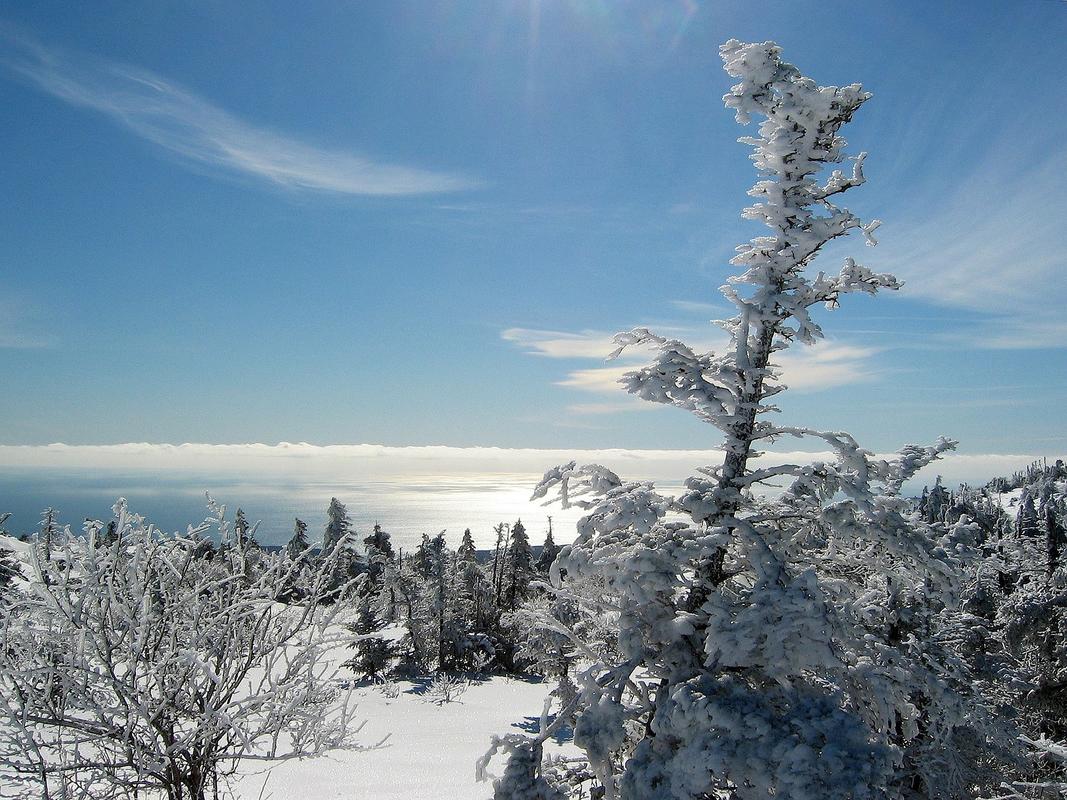 Early risers who brave the ambitious climb up Cadillac Mountain will be among the first in the United States to catch the sunrise — and that’s one of many reasons outdoor purists head to Acadia National Park during the winter months. Its ski slopes are some of the finest on the East Coast while its shoreline is a heavenly setting for snowshoeing and ice fishing. Acadia National Park is a place that redefines “backcountry bliss.”

Zion has notably slimmer crowds during the winter months, giving thrill seekers seemingly exclusive access to its world-class hiking trails. Though snow is unlikely and most roads through the park remain open, it is important to note that the Zion Park shuttle does not run during the winter months. Instead, visitors are encouraged to drive into Zion Canyon — a better deal, in our opinion, and a great excuse to stop and take it all in.