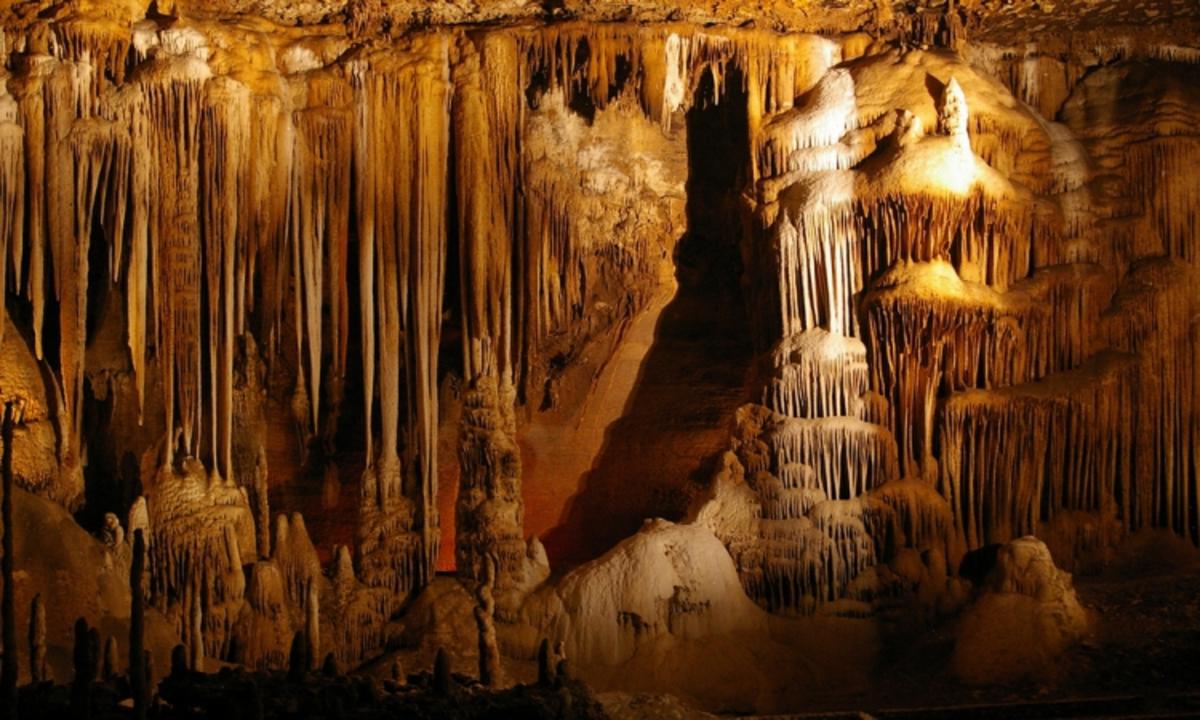 Arkansas, the “Natural State,” is a veritable treasure trove of activities that require an immersion in the great outdoors. The Ozark Plateau and Ouachita Mountains blanket the north, while the flat topography of the Mississippi Delta dominates the east. Streams, lakes and rivers frequently interrupt dense forests to offer canoeing, kayaking, fishing, hunting, and camping. Those who arrive in the fall are privy to a riot of color as the oaks, maples and hickories erupt into a fireworks show of color.

But don't limit yourself to strictly what's on the surface as beauty runs more than skin deep in this corner of the world. Among the glorious outdoor scene is Blanchard Springs Caverns, a series of caves that hold some of the most impressive underground natural features in the U.S. 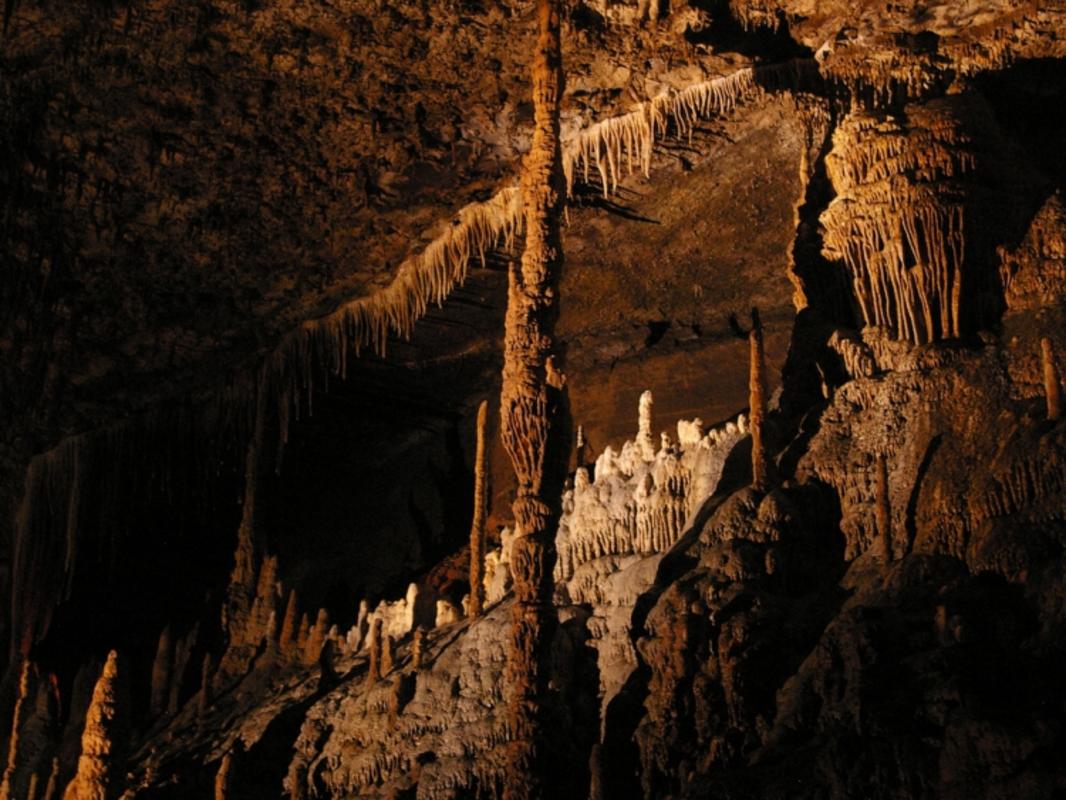 Your visit to the caverns will start with a 216 foot descent to the cave’s entrance, ensconced safely within the sturdy confines of an elevator. Access, however, was not always so convenient. Locals knew of the cave’s existence in the 1930s, but getting in was so problematic the cave remained in peaceful solitude for several more decades.

When forays into the cave system finally began in the 1950s, the only way in and out was through a 70 foot vertical shaft, supported by a crude rope system. This is where a team of four explorers made what’s been hailed as the most important cave discovery of the 20th century: an upper cave that holds rooms larger than several football fields end to end and some of the most spectacular limestone formations on the planet. 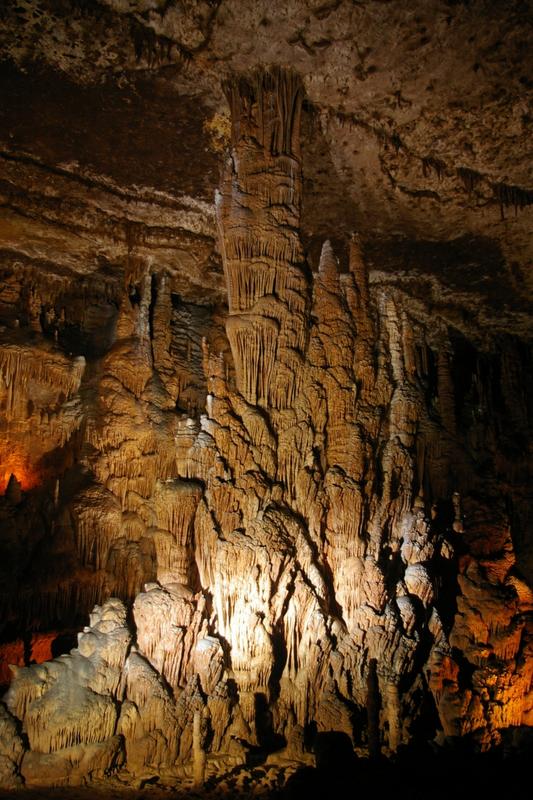 The bravery of these savvy spelunkers made it possible for more than 60,000 visitors to enjoy the beauty of the tri-level cave each year with the two most popular trails being Dripstone and Discovery. Dripstone is only a half a mile in length, but what it lacks in distance it makes up for in spectacular formations. The Cathedral and Coral rooms feature towering columns that rise six stories in the air, sparkling with flowstone and delicate soda straw formations. The trail is accessible to all so those in wheelchairs or strollers don’t have to miss out on the sights. One hundred fifty feet below in the middle cavern sits Discovery Trail. A bit more challenging, the 1.2 mile trail has an almost 700-step ascent to get back out so make sure your legs can handle it. The 90-minute guided tour take you through the stream bed of the springs that carved the cave. 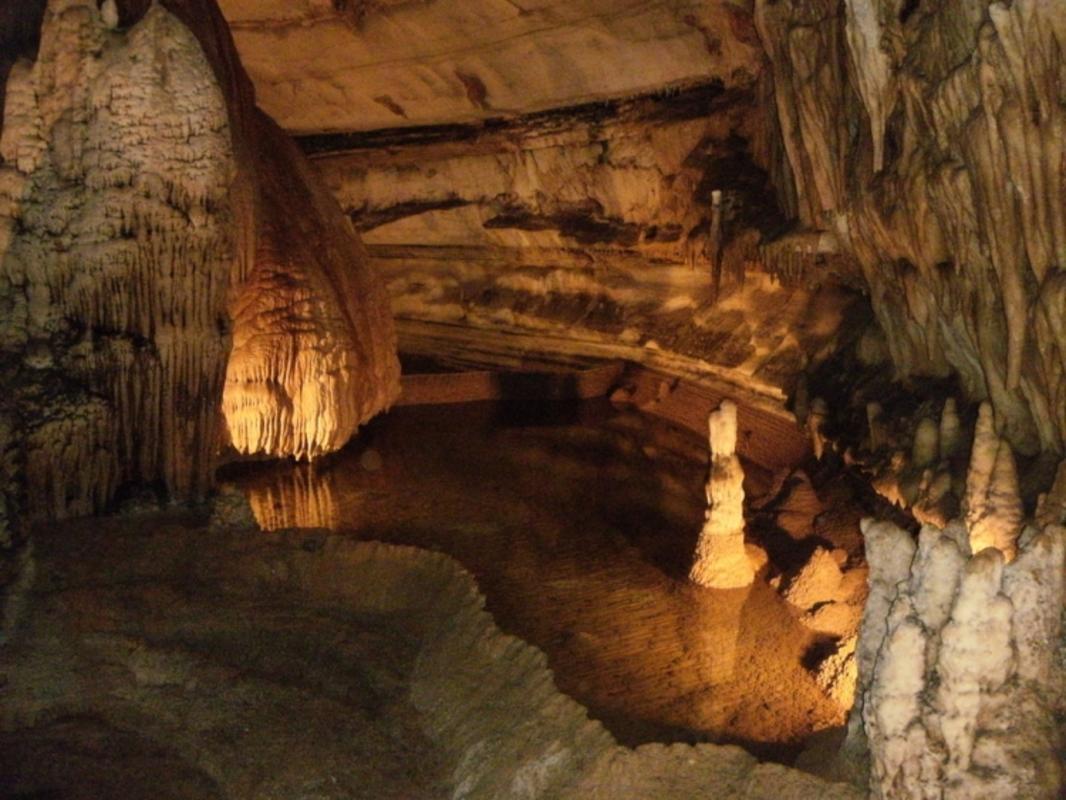 The caverns themselves are quite memorable, but for those looking for more of a unique experience, don't miss the Wild Cave Tour or Caroling in the Caverns. The Wild Cave Tour is the newest of the three guided tours and if you're looking for something off the beaten path, this excursion is perfect because, well, there is no path. For physically fit participants who don't mind getting their hands a little dirty, you'll be scrambling on your hands and knees under low-lying ledges and up and down steep slopes ending up at the Titans, a group of spectacular columns deep in the bowels of the cave. Necessary equipment like hard hats, knee pads and headlamps are provided by the park service.

Caroling in the Caverns may take place underground but the natural acoustics of the Cathedral room make a heavenly sound as local musicians wow with Celtic hymns, traditional carols and folk tunes. Outfitted with stadium-style seating, soak in the Christmas spirit, as it's one of the most unique holiday celebrations anywhere. Shows take place every Friday, Saturday and Sunday from Thanksgiving to Christmas, but tickets sell out quickly so be sure to plan well in advance.