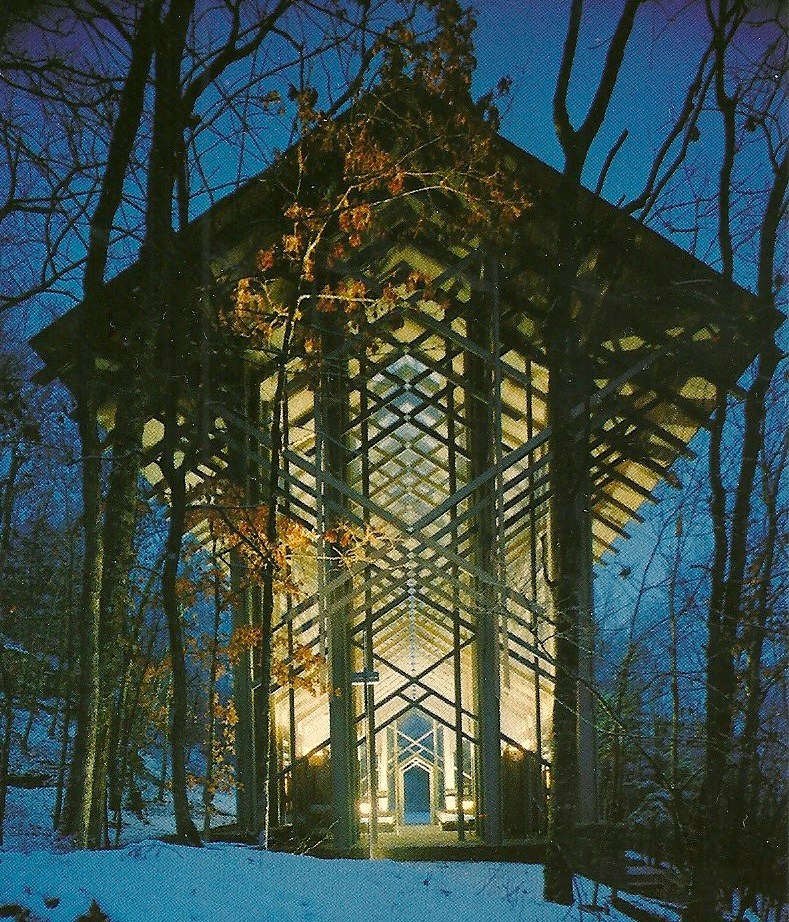 The Thorncrown Chapel in in Eureka Springs is one of those places that’ll make you believe in fairies, elves, and all sorts of woodland creatures. Rising out of the middle of the Arkansas mountainside like something out a storybook, it’s one of the most magical places in the world. A wooden structure comprised of hundreds of skylights and windows to capture millions of sunbeams, a dazzling, rainbow effect is illuminated under the night sky.

Thorncrown has been included on multiple lists of the most beautiful churches in America and beyond. It also received the Twenty-five Year Award by the American Institute of Architects and is listed on the National Register of Historic Places, an honor very rarely granted to buildings fewer than fifty years old.

It’s magical in more ways than one, and I have a feeling that’s just the effect renowned architect E. Faye Jones was hoping to achieve when he first took on the project. He describes the work as “Ozark Gothic” — an ode to the gothic chapels in Paris that inspired the design.

There’s also a chance Jones was inspired by his Arkansas roots. By using locally sourced flagstone and rock on both the exterior and interior, Thorncrown Chapel manages to create the illusion of the outdoors coming indoors with 425 windows to welcome in the elements.

Since opening in 1980, millions of people have made their way to Thorncrown to experience one of the weekly sermons. Even if you’re not religious, consider checking out the Sunday services from April through October because if anything, the incredible integration with nature is a spiritual experience.

Diamond in the Rough: Digging for Buried Treasure