The Only Way to See the Grand Canyon 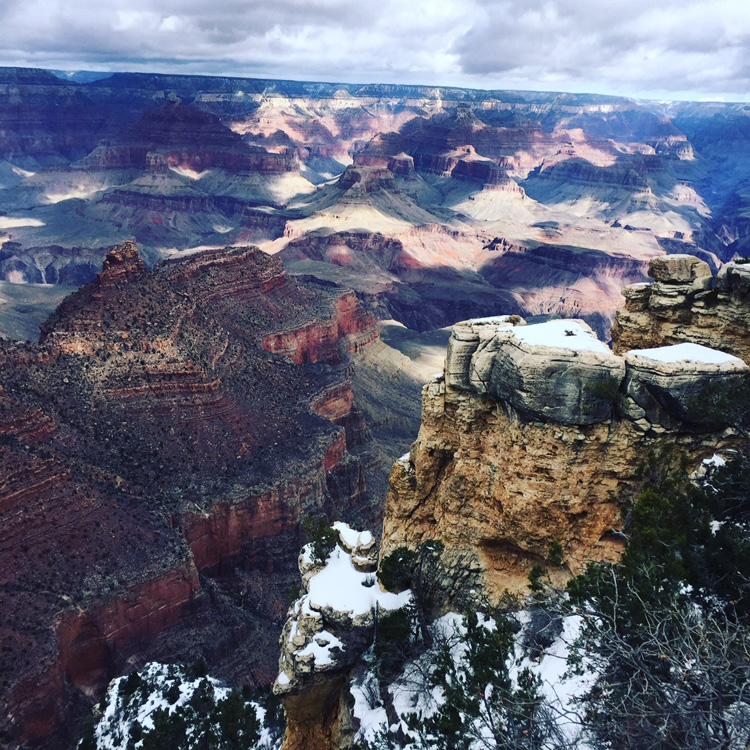 You’ve probably never heard of the tiny city of Williams, Arizona, but it should be the next all-American road trip you add to your bucket list. A mountain town next to the sprawling Ponderosa Pine Forest, this outdoor paradise is a quirky old western town that actually boasts the best-preserved stretch of Route 66 and a punny drive-through safari park called Bearizona. But what the town is best known for -- being the base for the ultimate Grand Canyon adventure. In fact, we like to call it the railway journey to end all railway journeys. 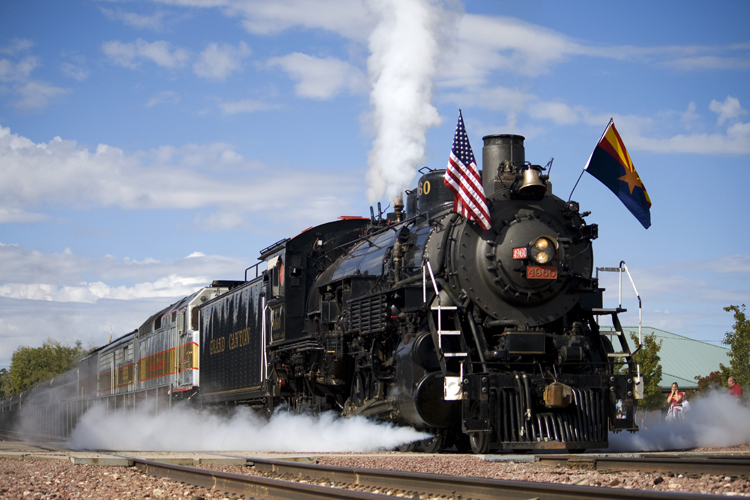 Since 1901, the Grand Canyon Railway has been taking visitors along the South Rim of the Grand Canyon aboard a vintage diesel powered train and historic steam engine. In it’s heyday, it revolutionized the canyon, bringing a natural wonder to the masses. The preferred method of travel until the advent of the automobile, America’s fascination with the locomotive faded and the train was actually put out of service for almost 20 years. 100+ years later, it’s back, and think it’s high time for a reincarnation.

Passengers have a choice of six classes of service ranging from coach in a 1920s Pullman car to deluxe observation domes and adult-only luxury parlors. Wherever you choose to sit, the experience features a Wild West show prior to departure and strolling musicians in transit. You can indulge in old-time snacks like root beer floats or stick with champagne for the adults. Cheesy? Maybe, but have you seen those views? 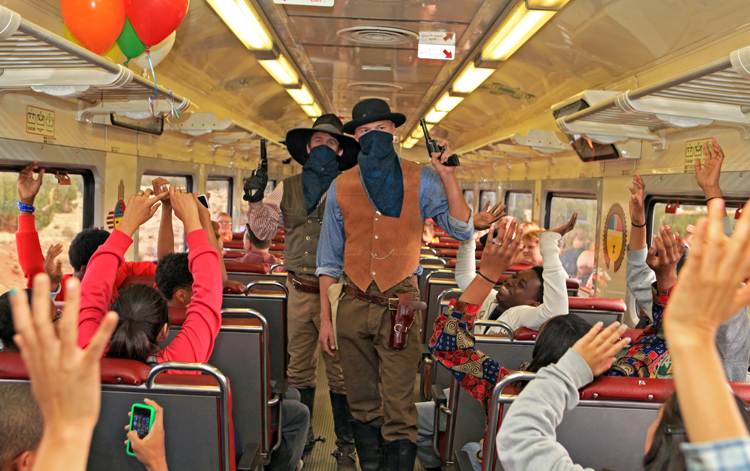 If you’d like to stay overnight, the Railway also operates a few properties in and around Williams and the Grand Canyon. The Grand Canyon Railway Hotel was designed to resemble a centuries old train depot, while the Maswik Lodge is just ¼ mile from the Canyon rim with packages that can include guided tours – either on foot or by mule.

8 Gems You Didn't Know Were in Tucson