The Drake Passage is a body of water between Cape Horn, Chile and the South Shetland Islands of Antarctica. Passengers often dread it because its rough seas can dislodge furniture, footsteps and even the most hardened stomach from its moorings. In fact it can be a bit like entering into a washing machine.

Worse still it takes about two days to cross in either direction, as the crossing is a good 830km to Livingston Island in the South Shetland Islands. However, as crew members will soon tell you, the Drake can either be a Shake or a Lake depending on the variable conditions.

If you’re lucky the seas won’t be too rough, although it might still mean some rolling swells in 2-5 meter waves, in all still better than the 12-13m swells that you can experience in this area.

One of the reasons it’s so rough is because of the volume of water traveling through here, about 600 times the flow of the Amazon River. 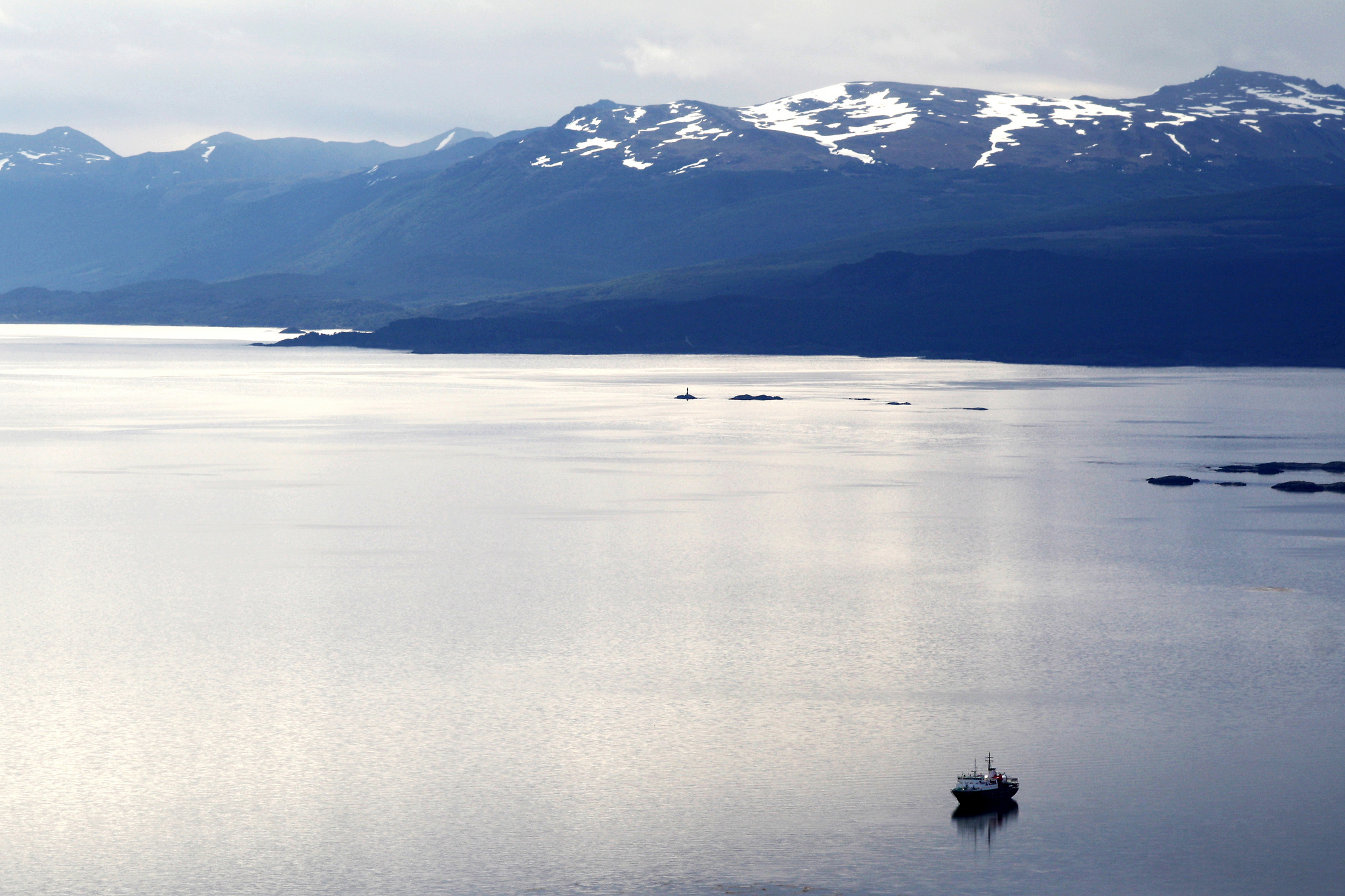 In any case the Drake Passage isn’t something to be feared or even prevent you from going on an Antarctic expedition. There are plenty of remedies and preparations you can make to get your sea legs.

The expedition company you choose will probably send out ideas about this to help you prepare and the expedition leader and crew on board will make further suggestions as well, including when to take meds. Do follow their advice as there’s no need to prove a point about your resilience or to be a martyr.

Firstly if you feel you are susceptible to seasickness discuss this with your doctor prior to setting out. Some drugs do have side effects so get proper medical advice.

Some of the options on the market include transderm scopolamine patches you wear behind the ear that administer a drug gradually over a three-day period. They are more effective if you put them on about four hours prior to boarding so it is in your system before your voyage begins.

Some travelers have also effectively used an electronic device like a wristwatch that send a mild, user-variable, electric current into the wrist. This is certainly an alternative to taking medication. Again consult a doctor about this.

Otherwise over the counter medicines can also be used. Many contain antihistamines which can cause drowsiness so again be aware of their side effects. In most cases medicine should be taken about two hours prior to boarding and are usually ineffective once a person is already nauseous or vomiting.

You should also try to board the expedition ship well rested. Eat only moderately the day before and avoid greasy foods and excessive amounts of alcohol. Once on board pack your gear away immediately, storing it so it won’t become dislodged or need organization later when the seas aren’t so calm. It’s a good practice to avoid overheating both in your cabin, eating or anywhere else as this can bring on motion sickness. Reading in bed is another activity you might wish to avoid.

The first part of the journey is usually quite calm through the Beagle Channel so get familiar with the ship and enjoy the fresh air on deck while you can. The first meal on board should be light and you should endeavour to get a good night’s sleep. Take something to help you sleep or some seasickness medication.

In the morning eat lightly again and take it easy. If you feel a little queasy then lie down or rest. A half hour kip early into your illness might actually allow you to cope better with the rest of the day. Don’t feel you need to join in with every ship activity, it’s very likely other passengers are also feeling a bit off and you won’t be letting the team down.

Going out on the deck to get fresh air also helps, just remember on these multi-level ships that the higher you climb the worse the side-to-side motion becomes. If you make any journeys around the ship keep at least one hand free to hold onto handrails.

Finally remember to enjoy yourself. Think of all the fantastic wildlife you will see during your expedition, in fact in the Drake Passage you often get sightings of whales, dolphins, petrels, albatross and penguins before you even make it to Antarctica.

And best still, remember you will soon get your sea legs so the return passage should not be half as bad.