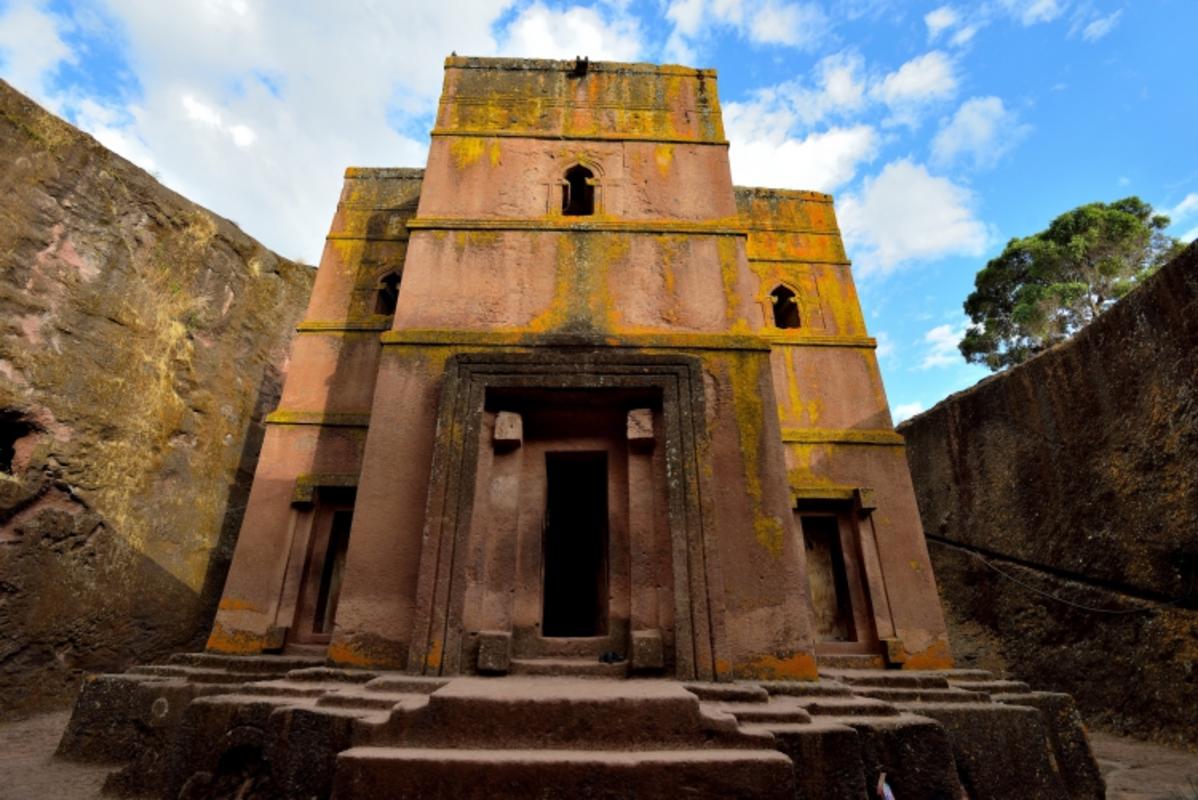 Ethiopia is likely the last place you’d think to take a family vacation. News stories about the area often focus on humanitarian disasters, but the country actually has much to offer its visitors: beauty in its landscape, a rich culture and pride in its people. It offers myriad possibilities for meaningful exploration, and nowhere is this more evident than at the rock churches in Lalibela, a tangible display of inspiring architecture, intriguing history and religious devotion. 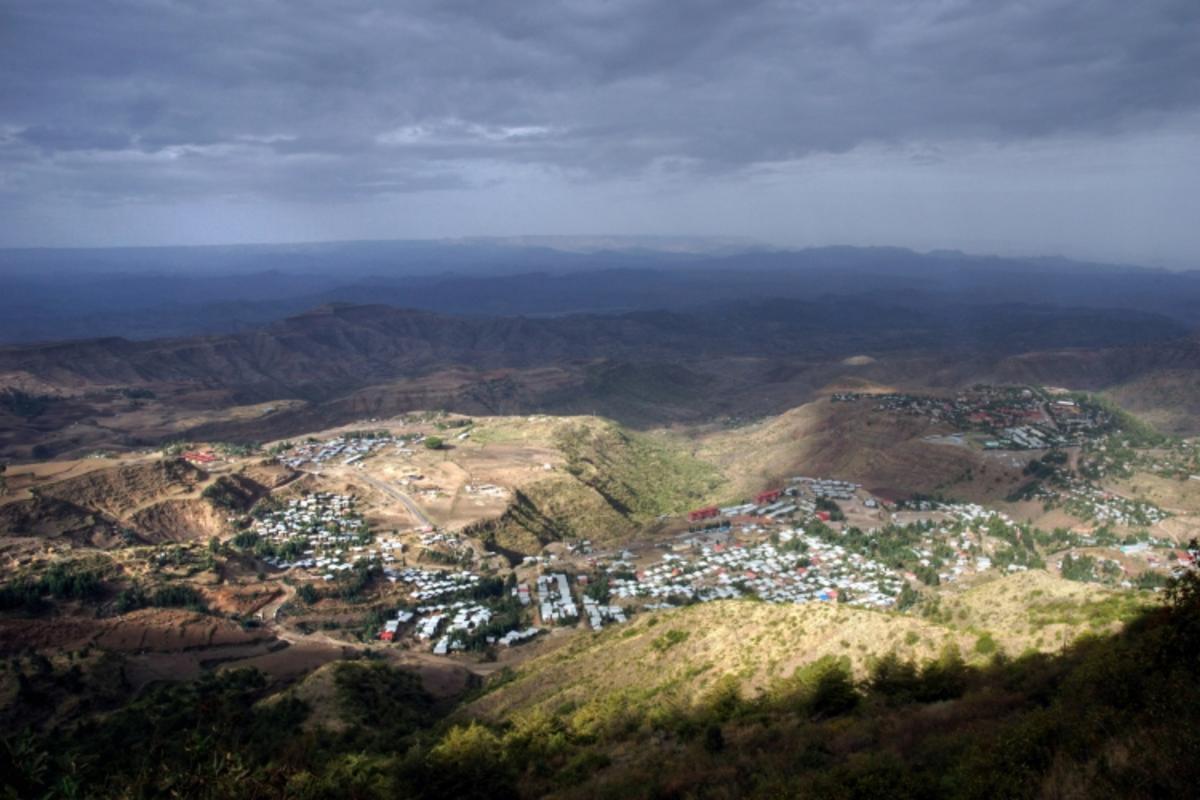 In contrast to the surrounding mountains that rise 9,000+ feet into the air, these rock-hewn churches are located 36 feet below the ground. Built in the 13th century, they are among the largest monolithic temples in the world; constructed in a way completely contrary to how architects typically approach their creations. While most buildings have foundations firmly planted in bedrock, these were carved from the top-down completely out of bedrock. Each has its own respective pit, but all 11 are connected by a network of underground tunnels. 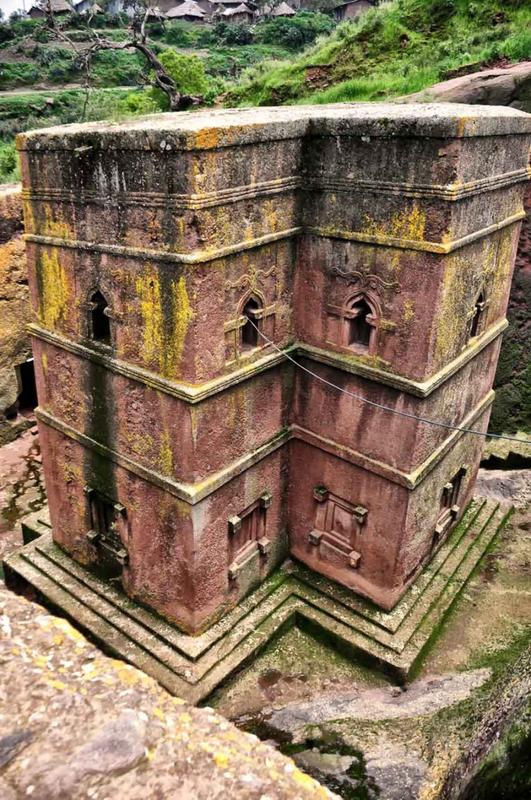 From the outside, the churches look as solid as the rock they were carved from. The designs vary from church to church, but most have sharp, square corners, sturdy pillars and curved narrow windows. The most distinctive, Bete Giyorgis (the House of St. George), is shaped like a cross. 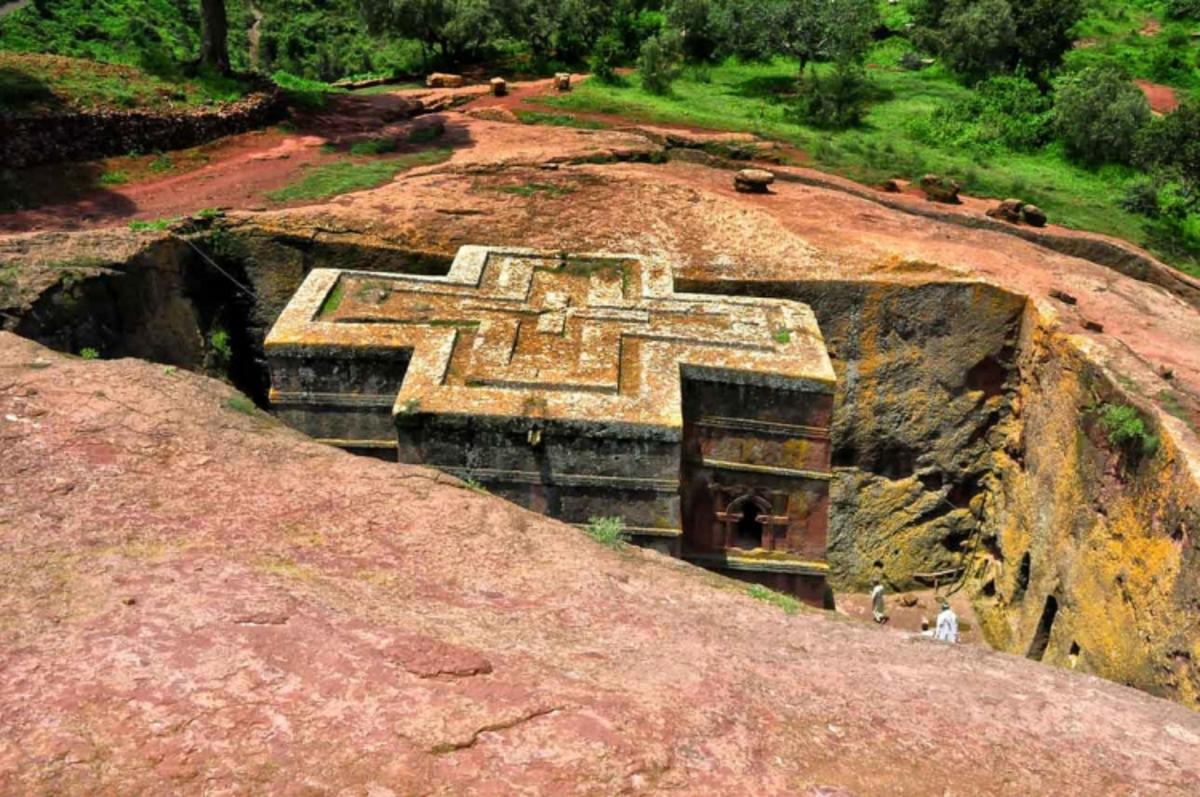 If you believe the legend, a visiting angel came to King Lalibela in a dream, commanded him to build the churches and he dutifully carried out his assigned task. Mortals worked on them during the day while a host of angels continued the work at night, digging three times as fast as the men.

At the time of the churches' construction, Jerusalem was controlled by Muslims, and Ethiopia’s deeply devout Christians would not have been welcome. Lalibela became their “New Jerusalem” and one of Ethiopia's holiest cities. Located in a remote part of the northern sprawls, many pilgrims walk for days, even weeks, to reach the sacred site, many traversing the rugged mountains barefoot. 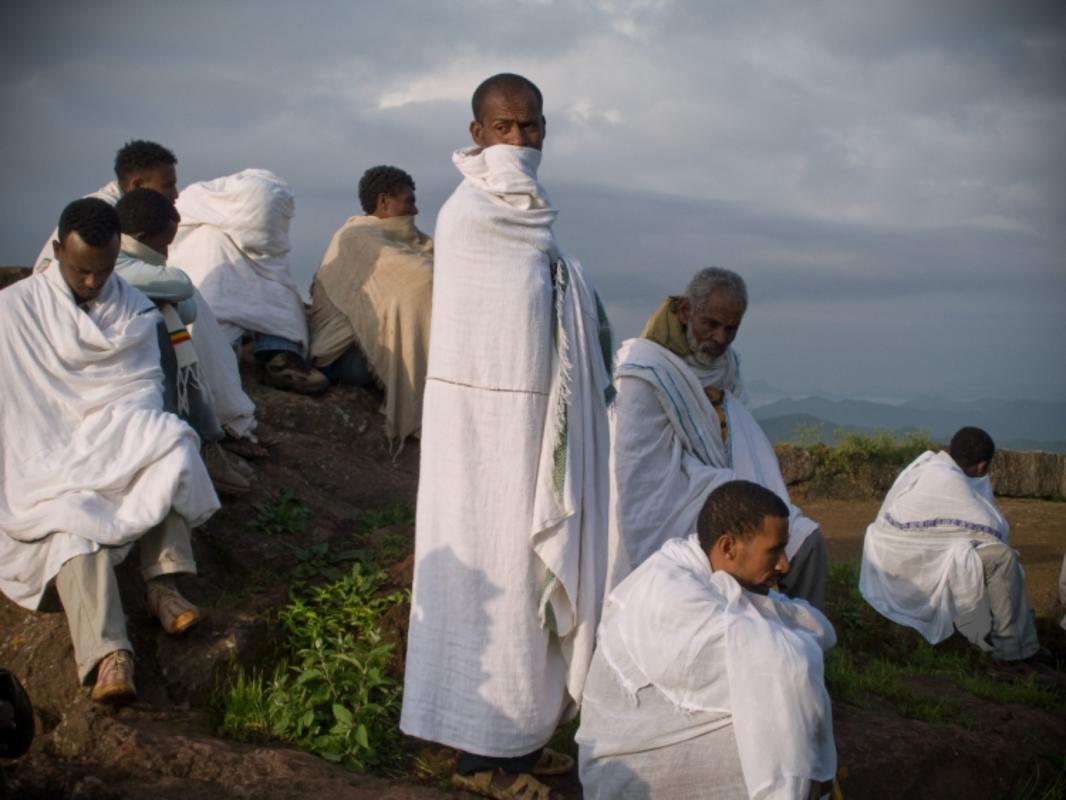 To Ethiopians, these churches aren’t just medieval relics, they are a living heritage. If you visit in the morning during daily services, you'll find worshipers kneeling near doorways, unabashedly kissing the worn rock walls, praying silently or reading religious texts. The Ethiopian New Year brings crowds of pilgrims to the small town and if you’re fortunate enough to witness it, you'll hear the chants of priests ring through the air as 60,000 white-robed worshipers flood the hillsides. It's a sight to behold.