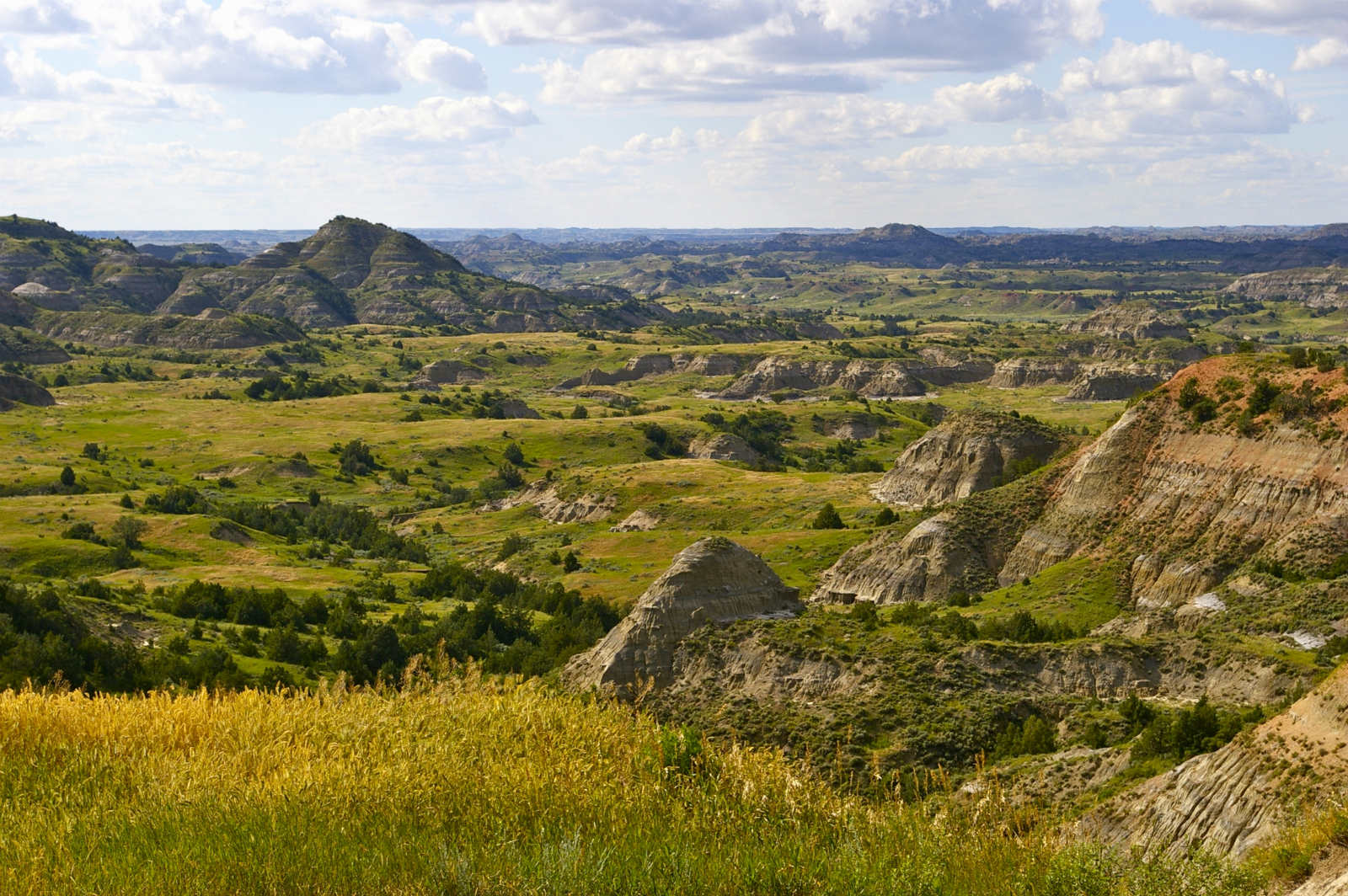 With less than one million people filling one of America’s largest states, you can count on plenty of elbow room to move around in North Dakota. Its remote location at the very top of the Midwest tends to deter tourists from visiting. That’s both a shame for those who pass this beautiful state by, and a boon for those savvy travelers who realize the incredible potential for the unencumbered outdoor recreation and authentic Native American culture waiting for them.

With virtually no cities of note in North Dakota, it’s the raw natural beauty that lures most visitors to the state. From the geological magic of the Badlands in the southwest corner to the lush rolling prairie of the Red River Valley in the southeast, there is a lot to enjoy here and hardly anyone to get in your way. The hiking, biking, fishing, boating, and hunting in North Dakota are top-flight. Also, cool historic sites like frontier forts and Wild West towns add a dose of culture to mix things up.

You might be a little suspicious at first of all the overt friendliness going around North Dakota. That’s just because the people there get so few visitors they are genuinely excited to welcome new faces. There isn’t much in the way of posh five-star resorts, restaurants, spas, or nightclubs here. But that wouldn’t really represent North Dakota anyway. This state is about living simple happy lives in a tough environment, and getting rewarded by the sublime beauty of nature every day.

With a car, you can enjoy some of the finest driving in America. Flat rolling roads devoid of traffic pass through a continually changing landscape of lunar Badlands and buttes to a sea of prairie grassland and pastoral farms. By motorcycle, car, or bike North Dakota is a great place to cruise. Boaters and fishermen tend to head to Devils Lake or the Missouri River for their pleasure, while hikers have the impossibly pretty Theodore Roosevelt National Park all to themselves.

Without a car you won’t get to see anything in North Dakota. That’s the simple reality of things way out here. All of the prime attractions, both historic and natural, are located well outside of the towns and cities. As a bonus, the driving is not only very relaxing but also extremely scenic. Uncrowded roads make getting to your next destination as much fun as the place itself. You’ll find that your rental car more than pays for itself in quality experiences.