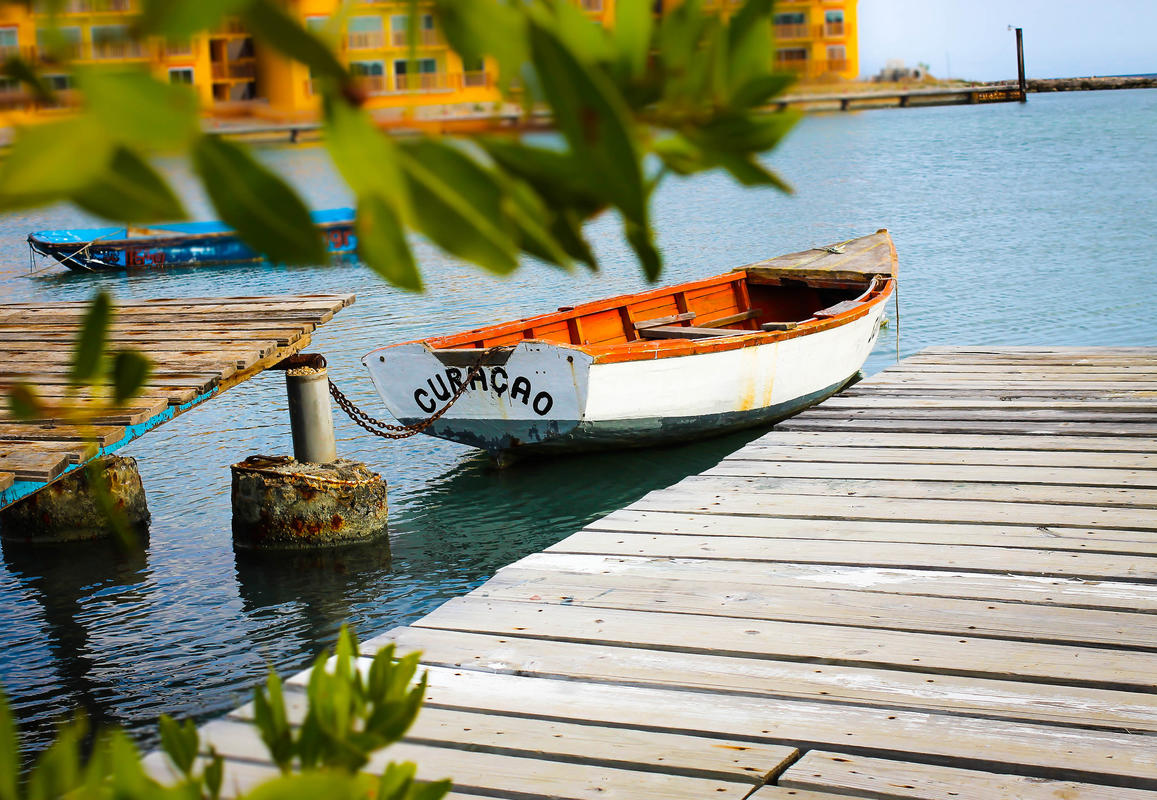 Taxis are metered and quite pricey though they can be shared from the airport and picked up at Curaçao hotels and the taxi rank at Punda. Fares go up after 8:00 p.m. and again at 11:00 p.m., and there are extra charges for luggage. Tips are expected (about 10 percent).

You won’t need a taxi for getting around the downtown area, although Willemstad is quite spread out and the beaches are a fair way from the main sights. Car rental is available with Avis, Budget, Hertz, and some other companies, and you can pre-book online to pick up your vehicle at the airport. Most require drivers to be a minimum of 25 years old.

There are two cruise ship terminals in Willemstad, including the Mega Pier where tourists are deposited. The town proper is within easy reach of the Curaçao ports. Ferries provide transport around Schottegat harbor, and a short service runs across the channel when the Queen Emma Bridge is open for extended periods. This ferry goes between Punda and Otrobanda, is cheap, and takes just minutes.

Public buses run around the island and city. There are two main services; the large Konvoi and the BUS (up to 12 passengers). Konvoi have standard fares to main landmarks in Willemstad and clear schedules, while the BUS runs more like a taxi in that you can negotiate where it goes. Be sure to ask the driver of the latter if they will be making a stop near your destination before getting on.

There are bus stations on the Otrobanda and Punda sides (on the west and east, respectively). To head to the Salina district, which is east of Curaçao, leave from Punda station. Otrobanda serves the western districts and the airport though there’s no direct connection between the two.

Look for the ‘Bushalte’ bus stop signs or wave a bus down whenever you see one approaching. Services typically run between 6:00 a.m. and 8:00 p.m., or later in high-trafficked areas such as between downtown and Salina. Both services are cheap though neither is particularly efficient or comfortable.