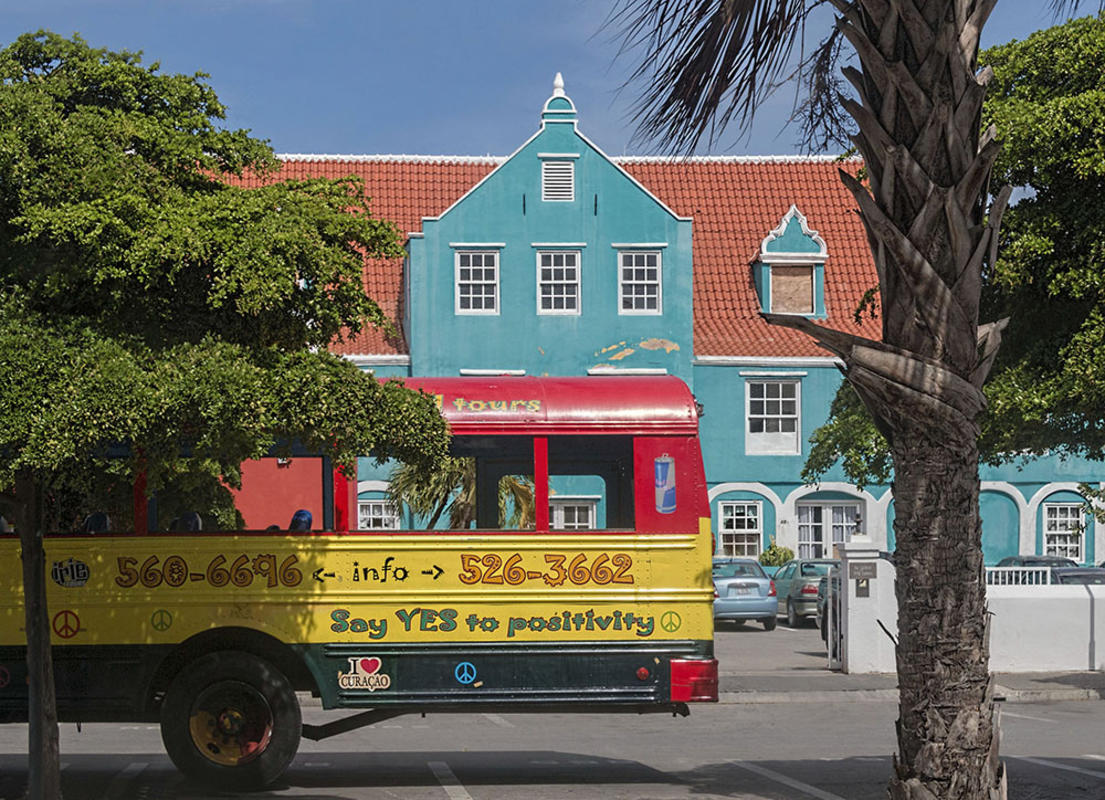 Atypical for the Caribbean, Curaçao has a rather peculiar history. The English-speaking, Afro-Caribbean island is as sunny and as it is friendly, though it has a distinct Dutch flavor, with its pastel-colored buildings and double-Dutch signs. Home to a large variety of people, the island has rich festivals as one of its highlights.

The Arawak Indians were the first to settle Curaçao, as evidenced by the Arawak cave paintings in Christoffel National Park. The Spanish came on the scene not long after Columbus discovered the New World in the late 1400’s. They served to decimate the population or transport them elsewhere in the Caribbean.

The Dutch West India Company brought with it commerce, trading, and slavery in the 1600’s, setting up shop with numerous plantations in the capital city of Willemstad. Various crops were grown on the 100 or so plantations through the 18th and 19th centuries, including maize, fruits, and peanuts, but salt mining proved especially lucrative. Many plantation houses remain today, including Groot Davelaar and Landhuis Kenepa, where tourist can learn about African heritage.

Forts were also erected to protect the deep harbor and ports, including Fort Amsterdam, Rif Fort, and Fort Nassau in Willemstad, the latter which resides on a hill overlooking the city, making it a great spot to enjoy outstanding views. The British, also in the Caribbean during the colonial period, vied for trade routes with France and the Netherlands, and Curaçao came under their control on a couple of occasions.

The Treaty of Paris in 1815 saw the return of Curaçao to the Dutch from the British (though the English language took hold), while post emancipation of the slaves (1863) saw a big decline economically, with many former slaves emigrating to places like Cuba. Things turned around in the 1900’s with Venezuela’s discovery of oil and Curaçao played a part in its refining.

Curaçao is a stable and fairly prosperous place today, with banking and tourism both big industries, although it lags behind neighboring Aruba significantly. An economic slump has seen much emigration of locals to other regions in the Caribbean and the Netherlands itself. Though the islanders rejected full independence from the Netherlands in 2005, the dissolution of the Netherlands Antilles in 2010 saw Curaçao become a country within the Kingdom of the Netherlands.

Along with the forts and plantation houses are many noted historic landmarks, including the Mikve Israel Emanuel Synagogue (1732) and the Queen Emma Bridge (1888). Popular museums to learn more of the history of the island include the Museum Kura Hulanda, which focuses on slave trade, and the Maritime Museum, both in Willemstad.

The culture of Curaçao lends itself to many backgrounds, with the island home to a majority of Afro-Caribbean, along with Dutch, French, Latin American, and Asian folk. There is also a significant Jewish input. Though English is widely spoken, the native tongue is Creole of Portuguese descent. Dutch and Spanish can also be discerned in everyday conversations.

With its mostly Dutch upbringing, Curaçao retains a distinctive air in its architecture. You will notice this especially in Willemstad, with its typical multicolored, Dutch-style building. The cuisine is a mixture of the various peoples, with Dutch goodies and seafood particularly prominent.