How to Live Every Day Like it's Shark Week

While many choose to view sharks from the safety of their local aquariums, the shark tourism industry is an increasingly popular way of giving adrenaline seekers the thrill of their lives --by seeing sharks up-close, personal, and with few (to no) safety barriers. In the spirit of living every week like Shark Week, instead of merely watching from the sidelines, get your heart pumping by checking out these activities that will allow you to see these remarkable creatures in the wild. 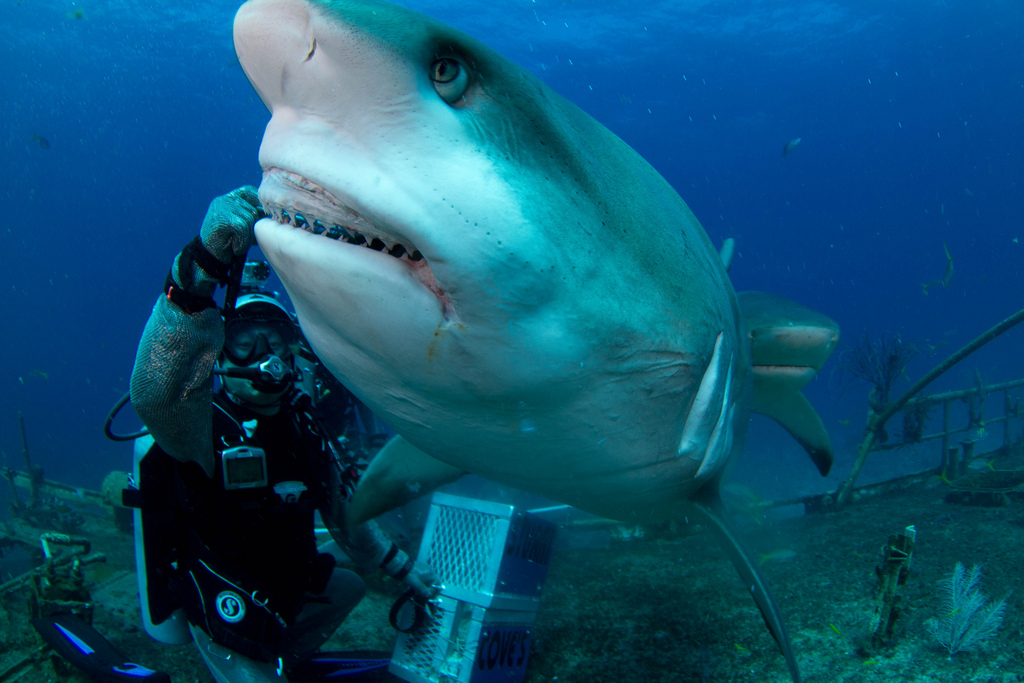 The best way to witness the power and grace of the infamous great white shark is from an underwater cage. Cage diving allows you to come extremely close to a shark -- perhaps too close for comfort - -without having to actually swim amongst them. Equipped with scuba or snorkel gear, the daring divers wait in a shark-proof cage as it is lowered into the water, bringing them to the eye (and mouth) level of these picturesque predators. One of the best places to cage dive is off the coast of South Africa, where the sharks are particularly acrobatic and known to leap completely out of the water. Many tour operators run from Gansbaai, two hours south of Cape Town. If you cannot bring yourself to perform the cage dive, you will have plenty of opportunities to see sharks surface-feeding from the safety of the boat. The best time of year to see the great whites is between May and October, South Africa's winter months.

Coral reefs are among the most beautiful places to dive, home to a plethora of colorful plant and animal species, and, in many cases, plenty of sharks. While sharks can be spotted in any number of these nurturing marine environments, some of the best places to see them are the Bahamas, the California coast, and the coast of Latin America. Go with a guide and explore such spots as Mexico's Sea of Cortez or Cocos Island off the coast of Costa Rica, keeping your eyes out for reef sharks and hammerheads. For an off the beaten path adventure, dive the Red Sea by Sudan's Sha'ab Rumi reef, where the odds are great of coming face to face with a shark. If you are set on sighting the elusive whale shark, there is no better place than Utila, Honduras. These gentle giants are the largest fish species, and they harmlessly cruise the oceans in search of tiny plankton. It is possible to get quite close to them, although touching them is not recommended. While they are technically harmless, they prefer not to be bothered and why test their patience?

While shark meat is available in supermarkets and shark-fin soup remains popular in Chinese cuisine, international movements to protect sharks from overfishing have made significant gains in recent history and are a big part of sustaining shark tourism. Catch-and-release shark tournaments are a great way to enjoy big-game fishing while minimizing harm to sharks. Two well-established catch-and-release tournaments are Sharkathon in Corpus Christi, Texas, and the Guy Harvey Ultimate Shark Challenge in Punta Gorda, Florida. Both tournaments require competitors to measure their catches before releasing them back into the ocean and are quickly gaining popularity and national acclaim. Sharkathon gets nearly 650 participants annually, and with $79,000 worth of cash and prizes, the stakes are high. Awards are given for the top three sized sharks, and another prize is awarded for "most inches of shark"--the total length of all sharks caught and released by one participant. The Ultimate Shark Challenge awards $100,000 in cash and prizes, and the 60 participating teams receive points based on shark species with a huge range from mako sharks valued at 1000 points to nurse sharks, a measly 25 points. Sharks must be at least five feet in length to qualify, and the longer they are, the more bonus points they earn. Participants in both tournaments are responsible for tagging the sharks and releasing them as soon as their measurements are taken. Both tournaments aim to educate the public on the threats facing marine resources, especially the survival of the ocean's oldest and greatest predators.