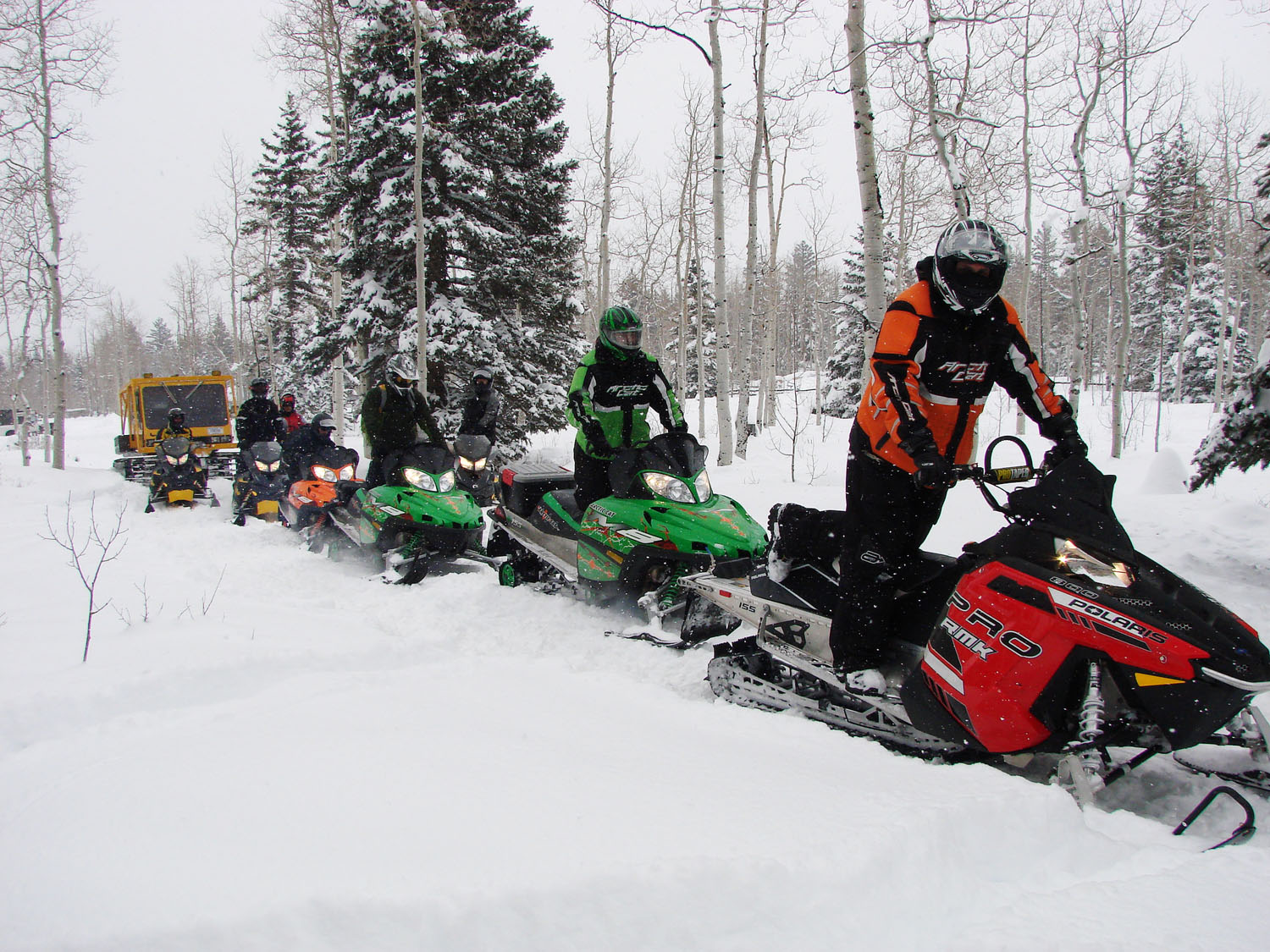 If there’s one state in the country where snowmobiling is more a way of life than a pastime, it’s Wyoming. Indeed, it’s possible to find exceptional snowmobiling opportunities in just about every last corner of the state. If you’re thinking about visiting Wyoming between mid-December and the beginning of April - and would like to zip around on a snowmobile through some scenic countryside - there are more than 2,000 miles of groomed and ungroomed trails to explore.

With three to ten feet of snow throughout the season, this area in Northwest Wyoming has more than sixty miles of trails with elevations ranging from 7,500 to 11,000 feet. Cooke City, Powell and Cody are the best places to use as a starting point where scenic views are guaranteed.

Over in the northeast, 55 miles of groomed trails connect with South Dakota’s Black Hills system, offering visitors even more options. You won’t run out of land to cover and you’ll love the long season, which runs from December to March. Snow depths tend to average between one and four feet, and elevations range from 5,000 feet to 7,000 feet. Newcastle and Sundance are the two best places to hunker down if you want to devote serious time to snowmobiling in this part of the state.

Located smack-dab in the middle of the state, the Big Horn Mountains are truly majestic and awe-inspiring. There are no fewer than 193 clearly marked and well-groomed trails, but thousands and thousands of powder meadows can also be used for free-wheeling fun. Elevations range from 7,500 to 10,000 feet so if high altitudes bother you, you may want to head elsewhere. Set your sights on Sheridan, Lovell or Greybull for accommodations.

Many passionate snowmobilers enjoy scooting along the Continental Divide during peak season. It begins in the southeast at Lander and ends in the northwest at West Yellowstone. In addition to crossing the divide four separate times, the Continental Divide Snowmobile Trail runs parallel to it the vast majority of the time. Thanks to some very high peaks, you can see for as far as 150 miles in some places.

In the western part of Wyoming, the Wyoming Range presents a vast range of topnotch snowmobiling opportunities from beginner to expert. There are more than 330 miles of trails, so you won’t have to worry about things getting too crowded. Alpine, Big Piney and Kemmerer are all good places to situate yourself when exploring the region.