Whether you were obsessed with Jurassic Park or not, dinosaurs tend to be fascinating to nearly every little kid and most adults. Their massive sizes and eventual extinction continue to intrigue us, even as we grow older. In fact, a quick Google search of “why are dinosaurs so fascinating” will yield over 24 million results. It seems that even though we all love dinosaurs, it’s difficult to nail down exactly why we love them so much. With this idea in mind, we traveled to Montana’s Missouri River Country in northeast Montana — where dinosaurs once roamed 77 million years ago — to find out for myself why on Earth we love these prehistoric giants.

Montana's Dinosaur Trail consists of 14 dinosaur-themed museums, state parks, and interpretive centers in 12 areas located across Central and Eastern Montana. Each of these places include some of the most important dinosaur findings in recent history, making it all the more interesting and intense. Our road trip follows three stops in Northeastern Montana, home to a life-sized T-Rez and Triceratops. After visiting each spot along the Dinosaur Trail, you'll get better acquainted with the giants that once roamed the Earth and you might even be introduced to a new-to-you dinosaur that becomes your new favorite. 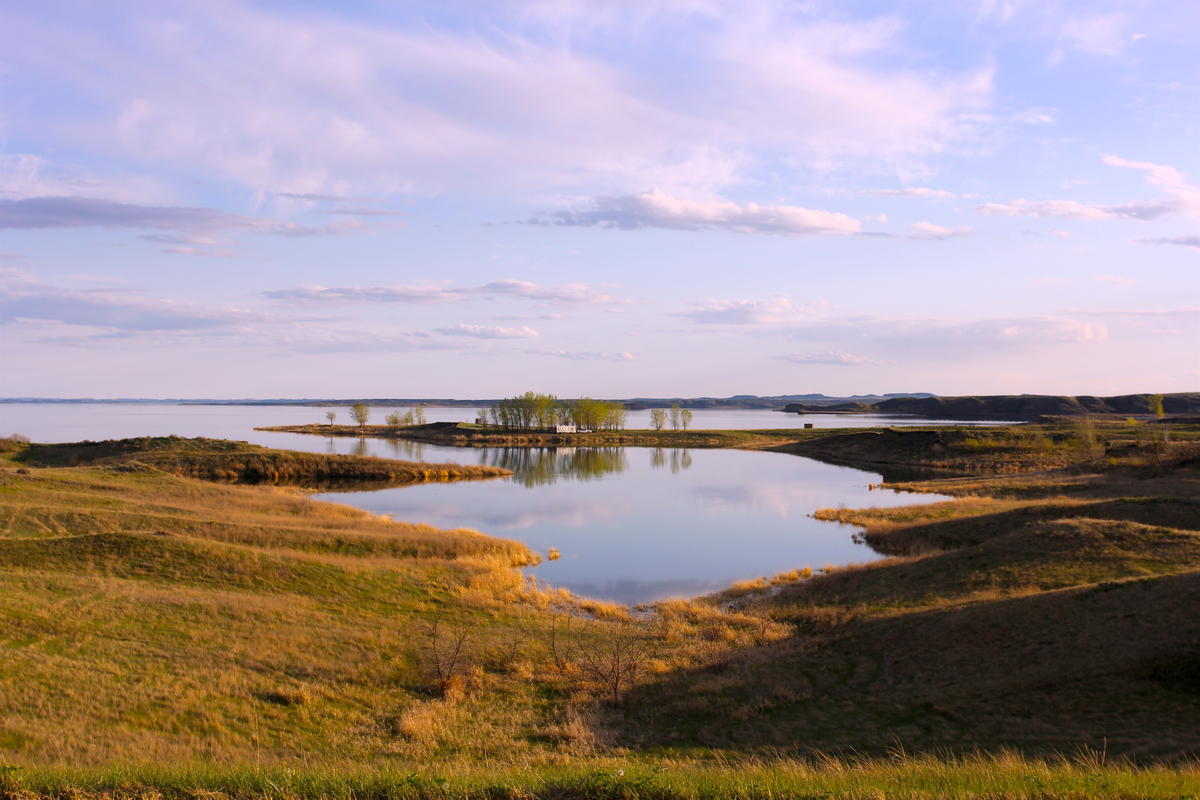 Start at the Beginning

It was there, in Malta, Montana, where I met Ashley Stuart. When Ashley was in elementary school, a dinosaur was found in her backyard. Just think about that for a minute: A real prehistoric being was found buried under years and years and years of dirt and sand in her backyard. As one would expect, Ashley and her family are relatively famous in the world of dinosaurs. That is what happens when an almost fully intact mummified dinosaur skeleton is found where days before you were playing hide and go seek. I met Ashley at the Great Plains Dinosaur Museum, where I was able to see a life size replica of her dinosaur (the real one is currently in the Indianapolis Children’s Museum) as well as others that were found in the area. If you missed your calling to be a paleontologist, inquire about one of the museums summer dig programs, where you can go out to a live dig and learn how to excavate fossils. The Field Station is a great learning facility where you can live out your dreams for a week each summer. While the actual museum is relatively small, it's perfect for an hour of exploring and learning about the dinosaurs that called this part of the country home. Kids will love the hands on displays and the colorful dinosaurs that greet you from the road.

Continue east towards Fort Peck for the next stop on our dinosaur road trip itinerary. This time we are hopping out at the Fort Peck Interpretive Center, where you’ll be greeted by Peck’s Rex, a huge, true-to-life Tyrannosaurus Rex in the front room. Two of the largest aquariums in Montana are your first look into the museum and house many fish that live in Fort Peck Lake and the Missouri River. Inside the center, walk around the impressive displays of Cretaceous Sea life, a unique feature that shows dinosaur life beyond the ones who were walking on earth.

Jordan, Montana, is your easternmost stop on the Dinosaur Trail, where a stop in the Garfield County Museum will have the Triceratops fans screaming. A full life-sized Triceratops may be located at the back of the museum, but it can be seen all the way from the front. A huge T-Rex head and many other bones and dinosaur fossils line the walls with maps showing just where in Jordan and the surrounding areas these fossils were discovered.

The World`s Most Adventurous Road Trips