5 Places You Can Only Find in Jackson County, North Carolina

Few cities in the United States can emulate the unexpected flair of a southern mountain town. Jackson County, North Carolina is one of the finest examples of an off-the-beaten-path adventure destination with a whole lot of personality. Nestled deep within the Appalachian Mountains in between the Great Smoky and the Blue Ridge Mountain Ranges, you’ll find eight Western North Carolina mountain towns each more unique than the last. Within them, you’ll uncover dozens of waterfalls, some of the highest peaks along the East Coast, and more quirky attractions than you could shake a stick at. 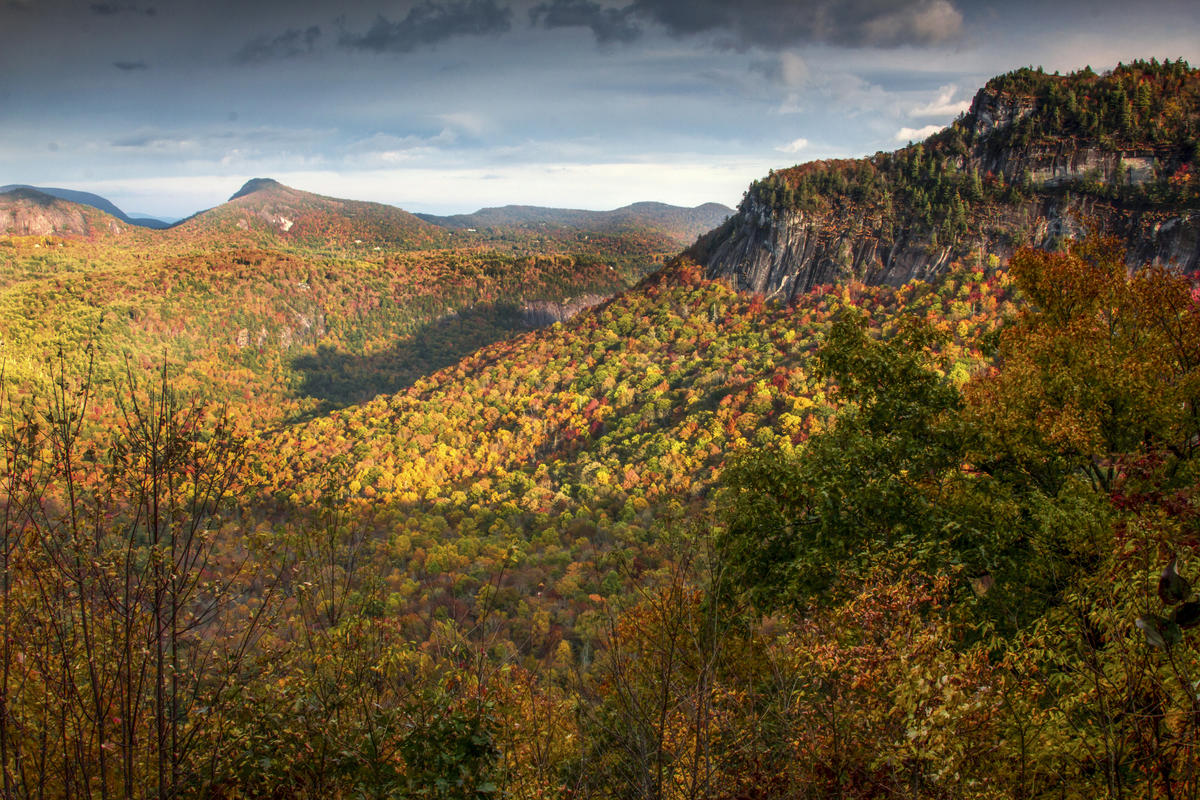 The Largest Bear on the East Coast

Just as the fall foliage is at its peak, a rare phenomenon takes places in southwestern Jackson County. That’s when a giant bear seems to crawl out of hiding and cover the mountainside. Thousands of people from across the United States venture to Cashiers to see the unique sight known as the Shadow of the Bear each year. If you want to see it, you’ll have to make plans in advance as it only takes place for 30 minutes on sunny evenings from October through November. If you’re late to the viewing party, don’t worry. The Shadow of the Bear also makes an appearance behind Whiteside Mountain in February and March. 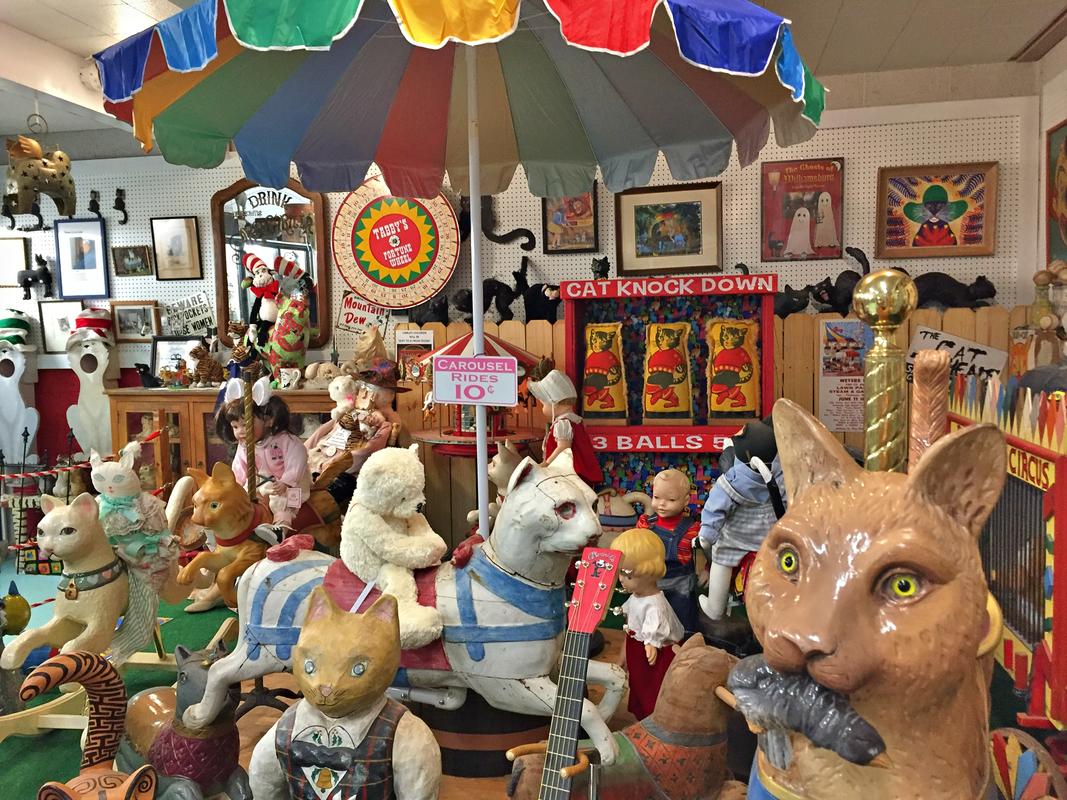 A Museum Dedicated to Cats

You read that correctly. The brainchild of the man simply dubbed the “Cat Man” by Sylva locals, the newly opened American Museum of the House Cat has an impressive collection centered around all things — you guessed it — feline. The entire collection, including a mummified cat from the Middle Ages, is a 30 year and counting private collection amassed by Cat Man himself, or Dr. Harold Sims. In addition to his collection, the retired biology professor has also rescued thousands of cats through his local animal shelter and a portion of the $5 museum entry fee helps fund his rescue efforts. The museum is one of two like it in the United States, and — trust us — it’s definitely weird, wacky and altogether worth it.

One of the most amazing items left behind from Native American tribes in Western North Carolina is Judaculla Rock, a huge boulder etched with petroglyphs to honor a hunting god. According to Cherokee legend, the god left a seven-fingered handprint on the rock as he jumped from one mountain to another. Today, local interest around the mysterious rock still remains with visitors frequenting Judaculla Rock as they drive north from Cashiers to Sylva along State Highway 107. 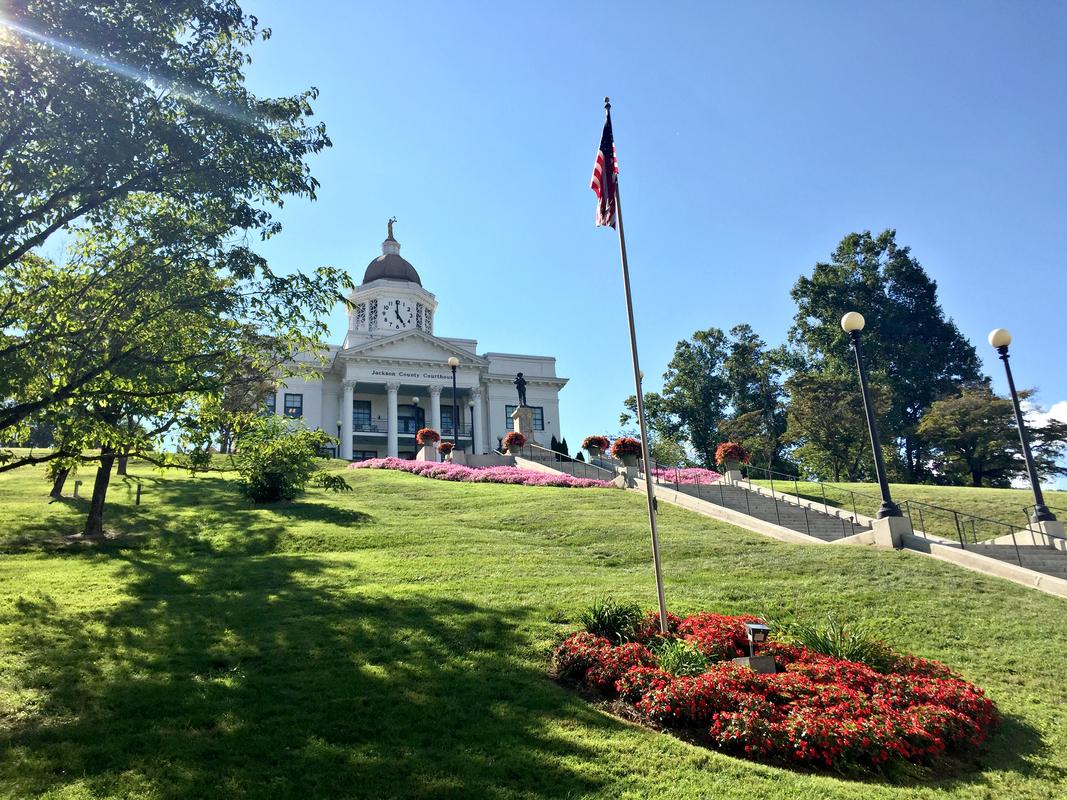 This historic Jackson County Courthouse overlooking downtown Sylva is one of the most beloved buildings in North Carolina. Completed in 1914, the building was constructed after local business icon C.J. Harris promised to remove the county seat from nearby Webster to Sylva. The move proved to be a profitable one for the city and gave the businessman a place in many a local’s heart. To this day, many buildings in the city still bear his name. While the building no longer functions as a courthouse, it does house a library, a historical society and the local arts council. It also offers an iconic — and probably the best — view of Main Street. 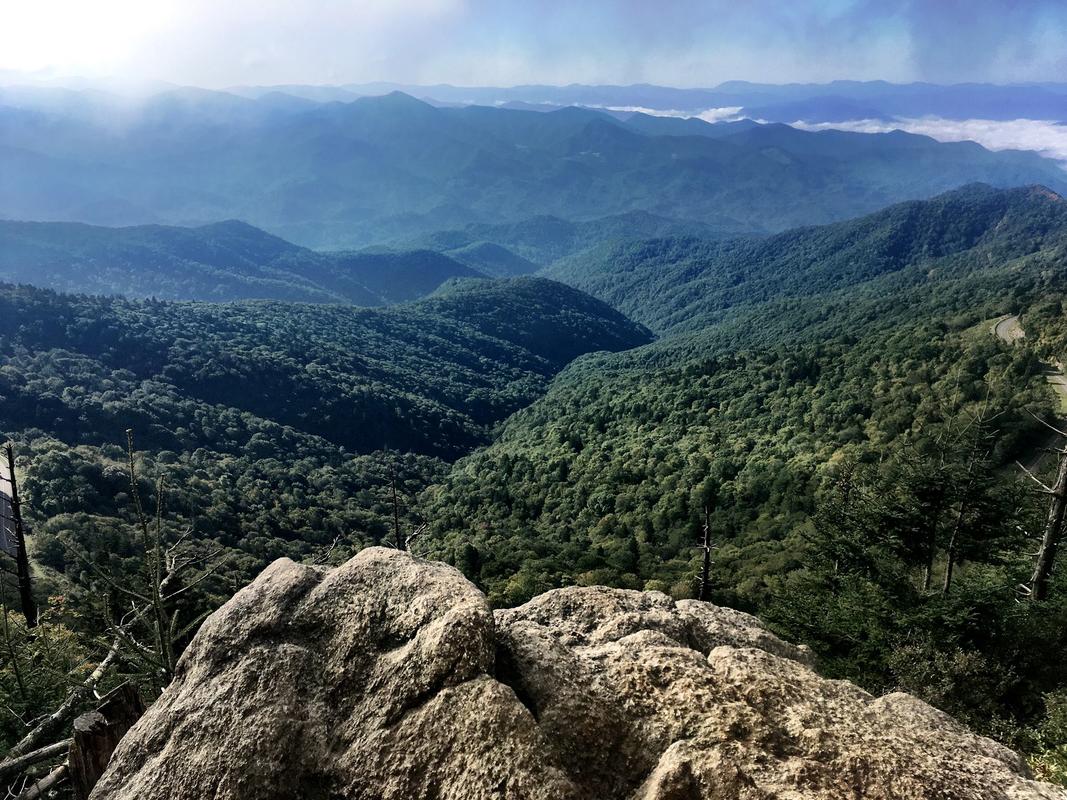 The famous Blue Ridge Parkway that winds its way from southern North Carolina to central Virginia is considered America's most favorite scenic drive, especially in the fall. Known for its tight curves and scenic overlooks, Jackson County has dibs on the last 40 miles of the 469-mile stretch, which just so happen to be the Parkway’s highest. While you can of course drive the roadway and shamelessly stop at as many overlooks as possible (we did), you’ll also want to check out the view from Richland Balsam near Milepost 431. The 1.5-mile loop trail is more than 6,000 feet in elevation and is easy to access from the Haywood-Jackson Overlook. For the best photo opportunities, plan to get there around mid-afternoon when the morning mist has long-since cleared away or opt to get there around sunset for a breathtaking view.