It's a well known fact that the Eastern and Western worlds have very different standards when it comes to cuisine, from everyday meals to what's socially accepted as delicacies. While we know bugs are eaten around the world, the majority of us never really care to think about it for fear of getting at least a bit queasy. Officially known as entomophagy, humans have been consuming insects, eggs, larvae, and pupae since prehistoric times.

Common to cultures that span the globe, over 1,000 species of insects are known to be eaten in a whopping 80% of the world's nations. Intrigued? Here’s where to squirm:

Stroll through any local market in Thailand, and you'll be treated to a bug buffet in dizzying size and variety. Usually deep fried, Thai locals eat crickets like popcorn, grasshopper and woodworms for snacks and even water beetles for an extra large (3-4 inches), crunchy treat. Don't be surprised if you see them being sold out of the back of a street cart or a motorbike either -- bugs are standard street food that can be sprayed in soy sauce and enjoyed with a beer. 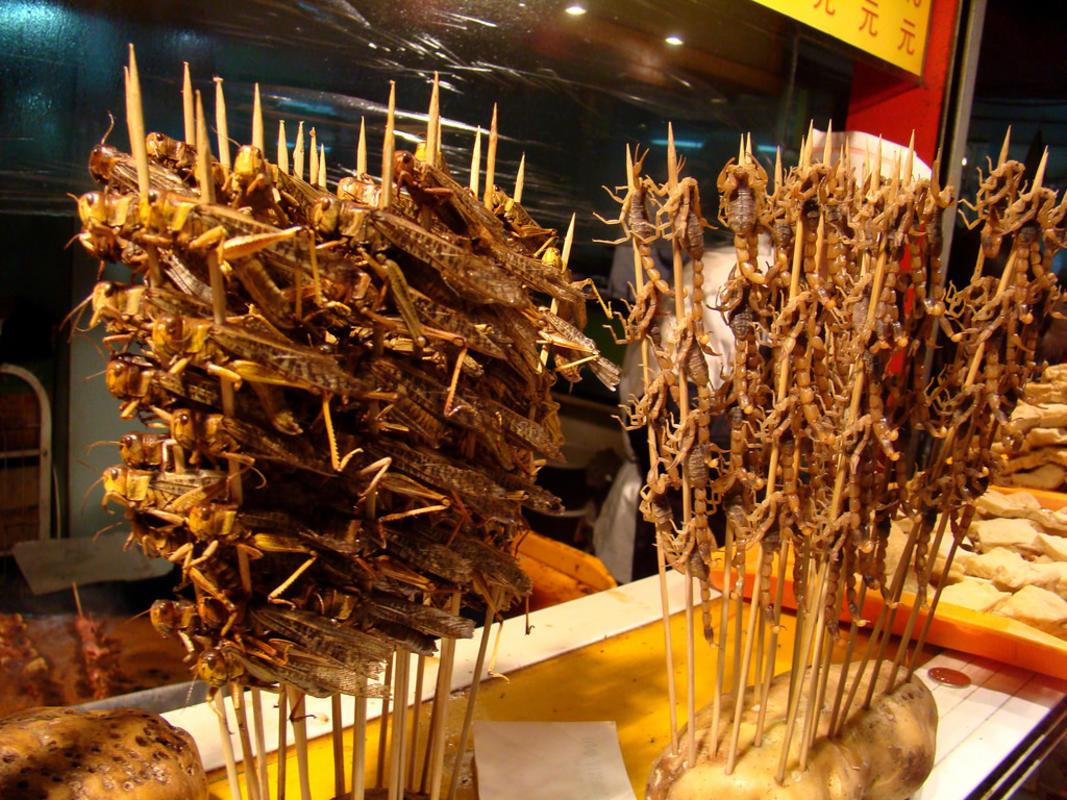 One squeamish delicacy in China is scorpions. Don’t worry, they are dead so they can’t sting, but give them the respect they deserve by dosing them in baijiu (liquor) to get them tipsy before cooking. If drunk scorpions aren’t your thing, you may want to try vinegar-soaked water bugs or perhaps some fancy larvae. Nicer restaurants offer bugs in the larval state as it’s more of a delicacy than a full grown insect. If you're thoroughly grossed out, perhaps the fact that some of these bugs, especially the silkworm moth larvae, happen to be rich in nutrients and are good for you. Would you do it for your health? 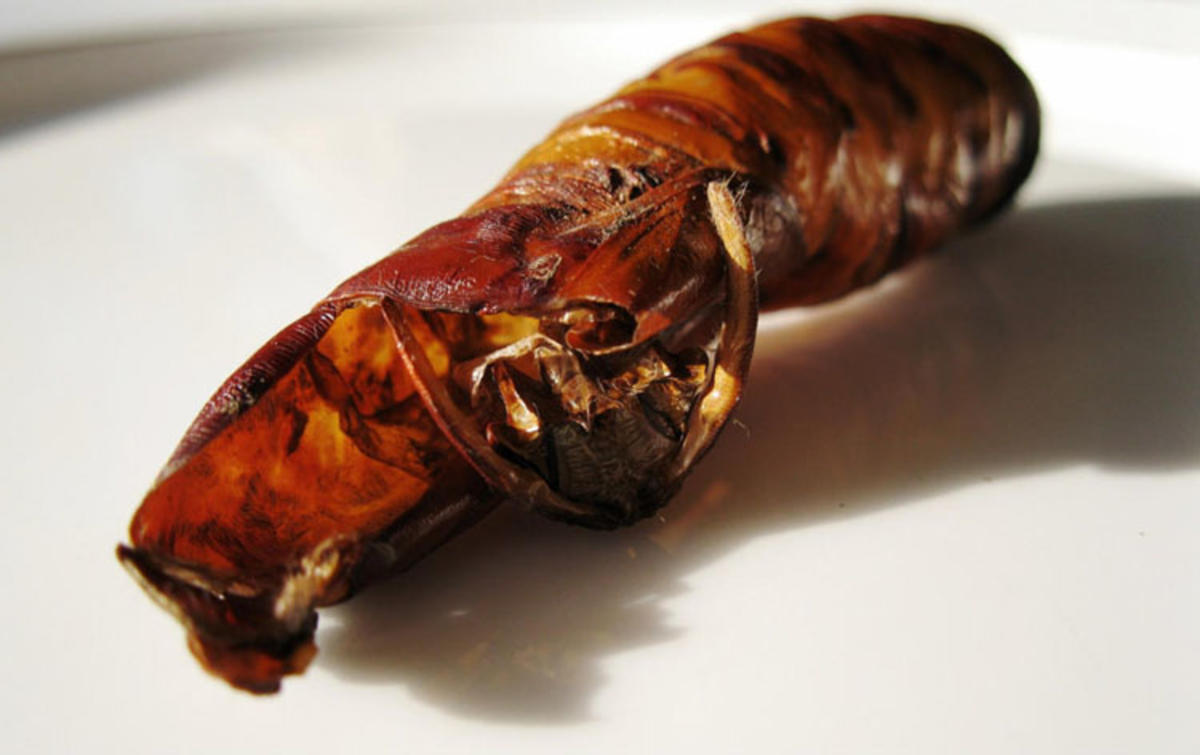 Australians are known to eat some exotic meats that other countries may never even have the pleasure of seeing and yes, they love their insects too. You won’t see people snacking on critters in the cosmopolitan cities of Sydney or Melbourne, but if you head to the more rural areas, the indigenous natives may just be noshing on witchetty grubs, ants or even wood-eating moth larvae, which they claim taste like almonds once toasted. 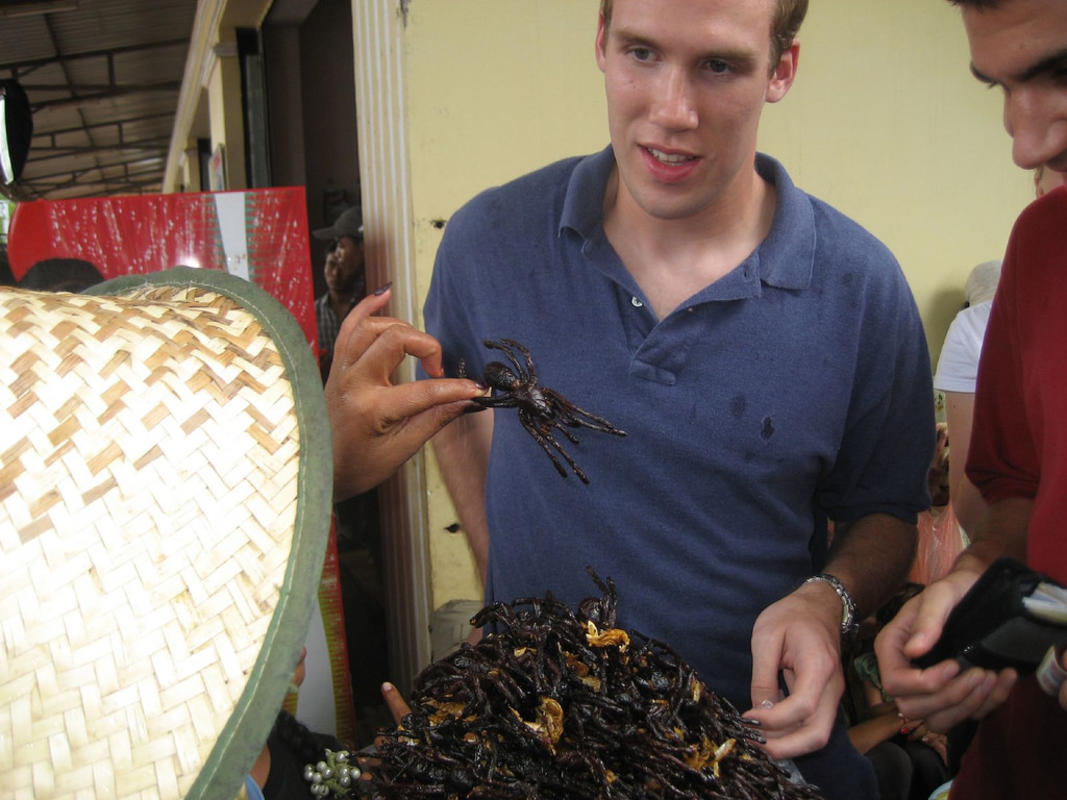 Alright, let’s get to something a bit more palatable. People like white meat, right? Just don’t think about where the white meat in Cambodia is from. It’s creepy, crawly, and tastes like fried chicken, but is far smaller. Yes, in Cambodia, spiders are a popular snack. A species of tarantula called "a-ping," they are about the size of a human palm and will set you back just about 8 cents for snacking on a budget.

Turning logic on it's head, hose pesky termites that eat your home are a delicious and nutritious snack in Ghana. Locals eat them to survive and get the proper nourishment they need. Not exactly a delicacy, it's one of the only sources of protein in the region that also supply necessary fats and oils. Try them fried, baked or roasted.