Finding the {Art} in the Architecture

Art lover or not, it's difficult to resist the urge of basking in the beauty and history of an art museum. However, sometimes it's easy to forget that even the outside of the building is an artistic expression in and of itself. From Spanish exteriors that are just as colorful as the paintings to space ships in Rio, these art museums will astound you just as much as the artwork they house within them. After all, if a building is going to make a statement, it might as well be an art museum, right? 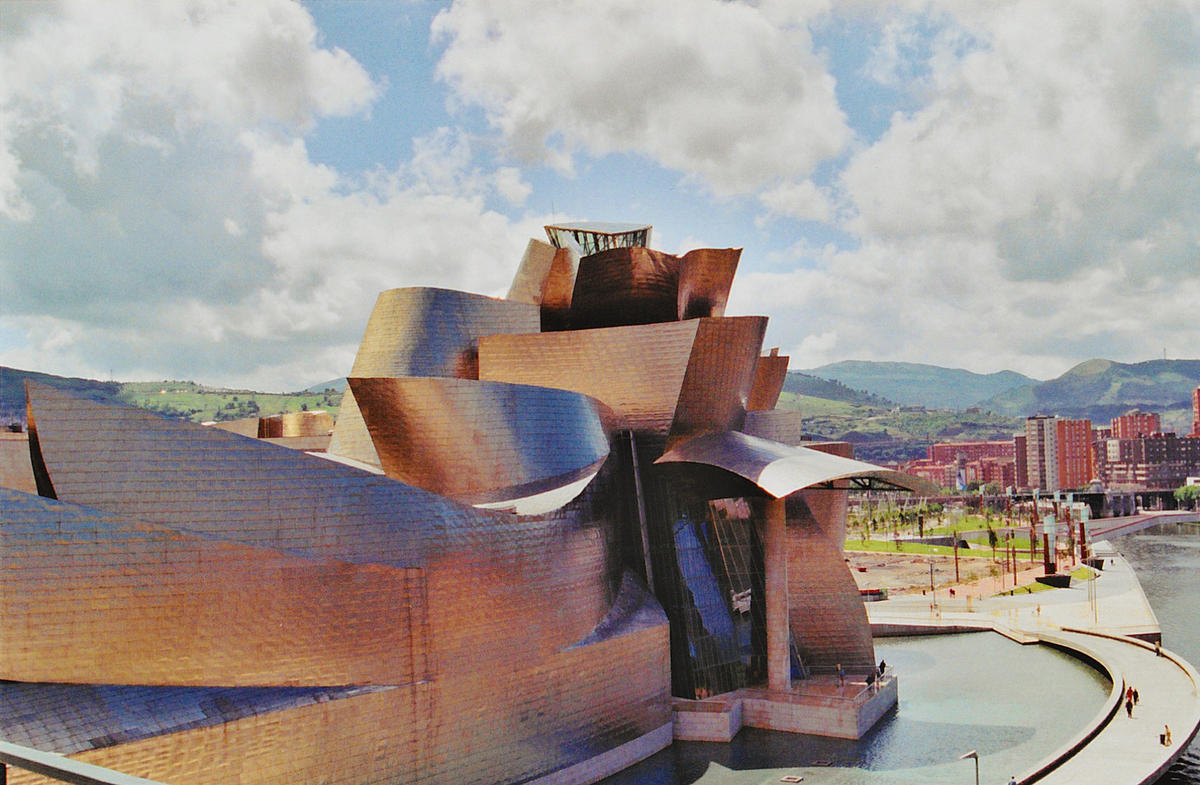 This one-of-a-kind building has been making visitors all sorts of googly-eyed since 1997. Built upon a plot of land besides the Nervion River, American-Canadian architect Frank Gehry used the most creative combination of titanium, limestone, and glass he could think of to give this building its distinctive curved and ribbed edges. Besides being one of the most distinctive buildings in the Bilboa skyline, the 2010 World Architecture Survey declared the Guggenheim as one of the most important works of architecture since 1980. By the way, if the building seems to change color, your eyes aren't playing tricks on you. The building materials have a different effect based on the weather and light conditions. 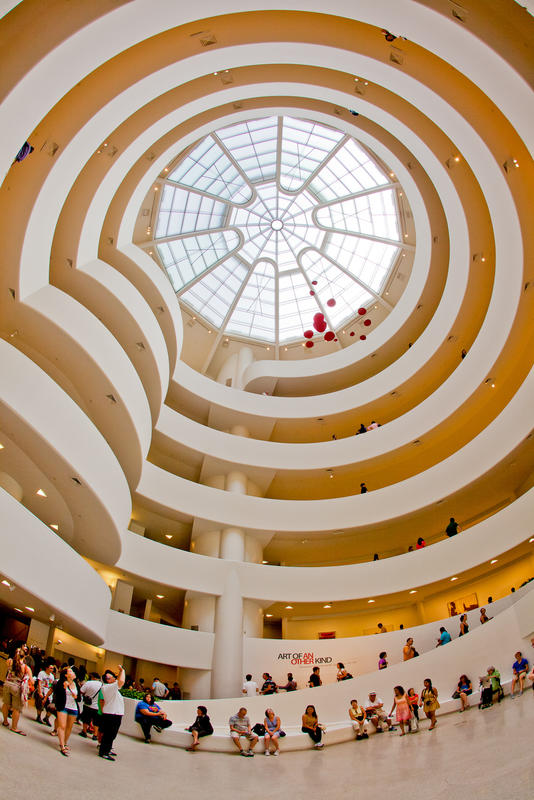 The 10-story Guggenheim Museum in New York differs in more than one way from its Spanish counterpart. While it's primarily known for its impressive Impressionist and contemporary art shows inside, its exterior is infinitely more modern and eccentric. Frank Lloyd Wright designed the building — one of two Wright buildings in NYC — in 1959 with the goal of creating a "temple of the spirits." One look at the dizzying spiral staircase that seemingly leads skyward, and we have a feeling you'll find he was quite successful. 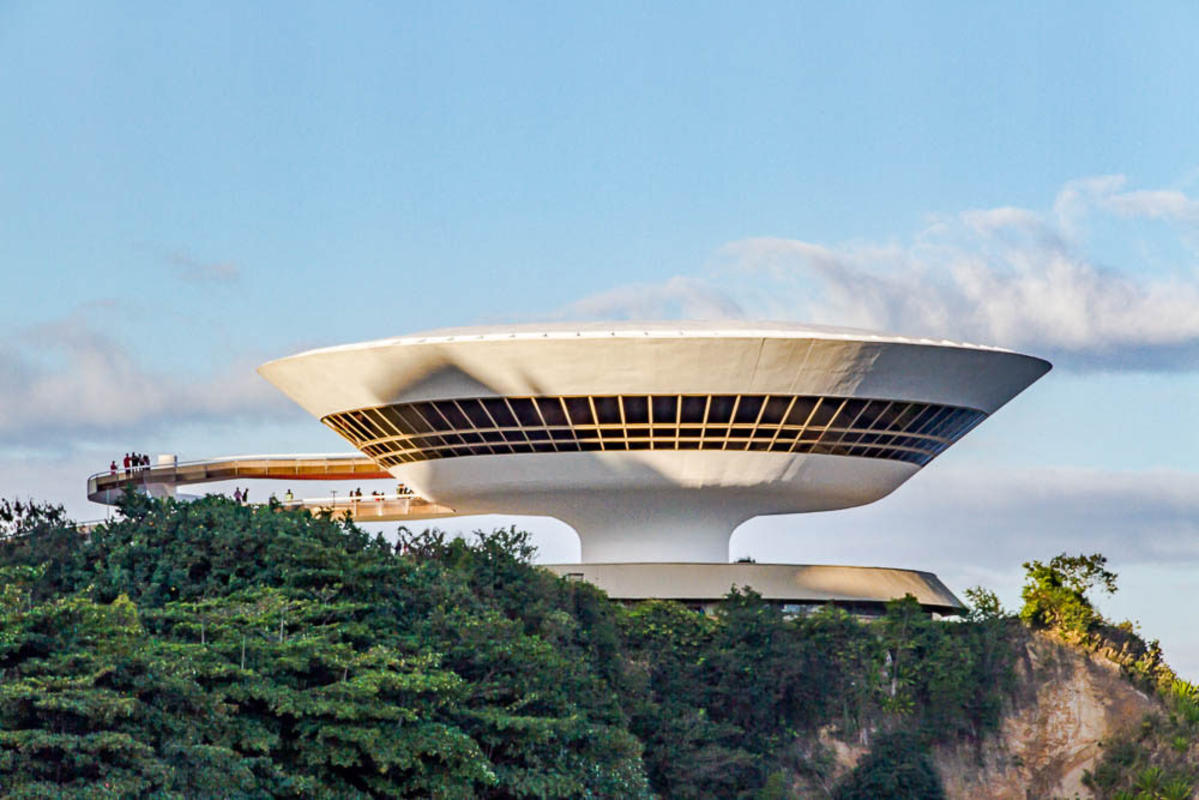 Famed Brazilian architect Oscar Niemeyer claims that of the more than 500 projects he completed during his 70-year career, the Niterói is one of his favorites. The futuristic Niterói, or the MAC, is more than just a pretty face, though. The cliffside museum also offers one of the best views of nearby Rio de Janeiro, including Guanabara Bay and Sugarloaf Mountain, which is one of the many reasons why it became such a tourist hotspot. 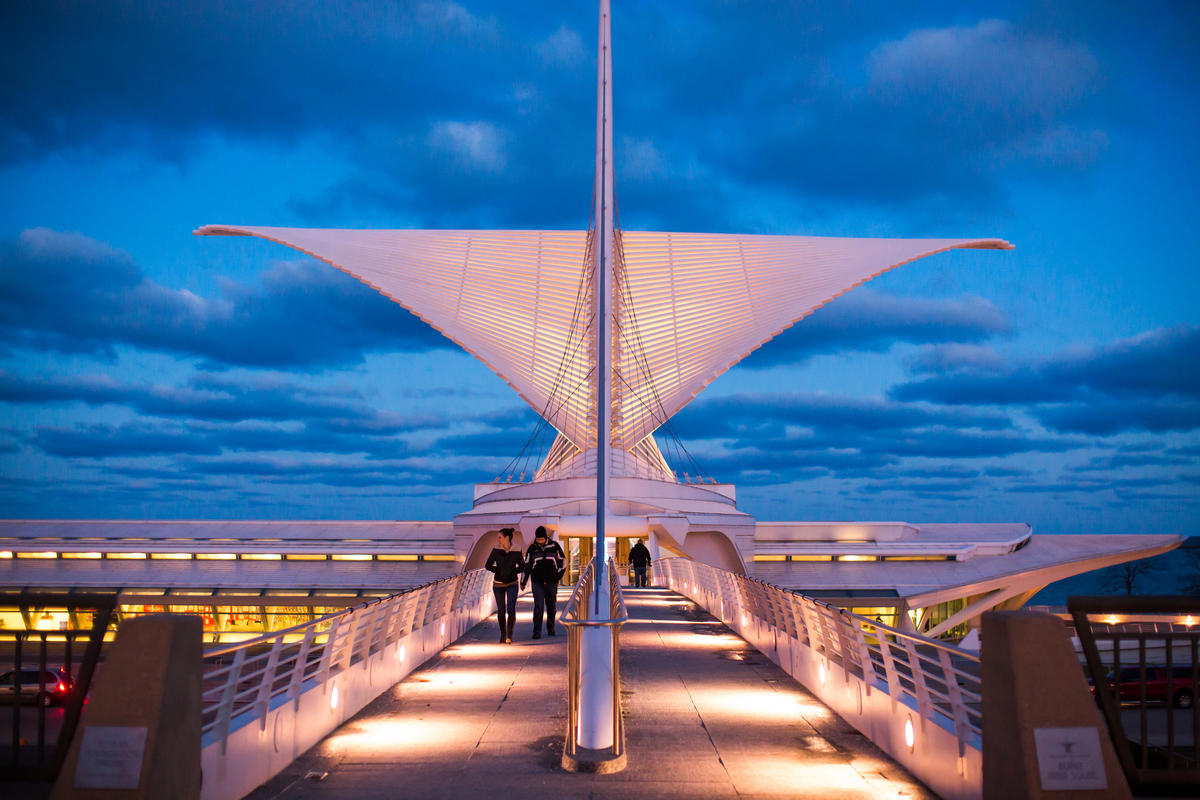 Not only does the Milwaukee Art Museum look super awesome, but it moves! The 217-foot wingspan of the Burke Brise Soleil is a sunscreen that moves twice daily: once when the museum first opens and again when it closes for the evening. The wings are also prepared to close when its sensors detect wind speeds greater than 23 miles per hour. You could say the moveable exterior is reminiscent of sails on a ship. Coincidentally, the architect wanted the building to look like a prow of a ship — complete with a "gangway" pedestrian bridge that connects the museum to the city. All in all it's quite fitting for a building along the shores of Lake Michigan, which can be admired from dozens of floor-to-ceiling windows throughout the museum. 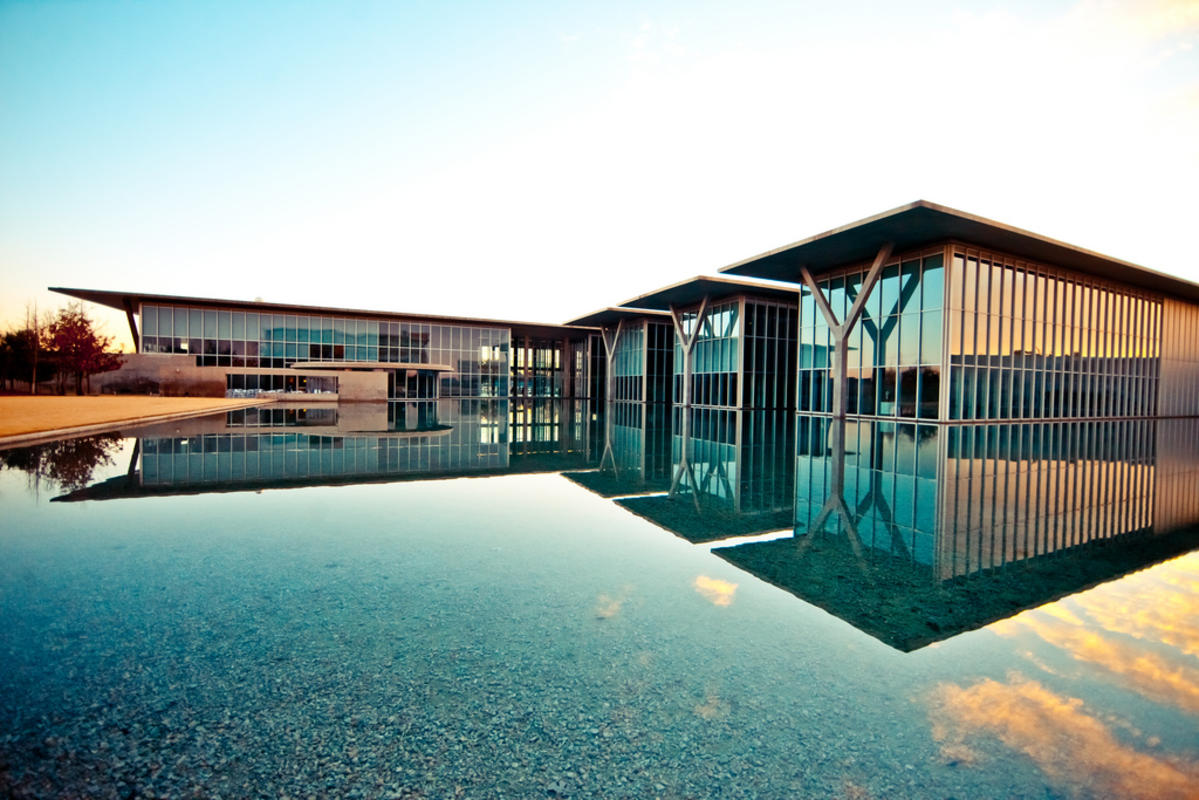 Modern Art Museum of Fort Worth: Fort Worth, Texas

The oldest art museum in Texas is — surprisingly — more modern than you might expect. That's becasuse Japanese architect Tadao Ando truly knew what he was doing when he designed the Modern Art Museum of Fort Worth. The five pavilion buildings rest on a reflection pond, creating mesmerizingly symmetrical scenes in the water. The modern design is appropriate for what you'll find inside the museum as well — all the works within The Modern are post-World War II pieces. For the best images for your Instagram feed, visit in the morning or late evening when the sunlight transforms the entire space.