Keeping It Real: Why Gary of Everything Everywhere Goes with the Flow as He Travels the Globe

He hasn’t been everywhere, but it’s on his list. From swimming with Great Whites in South Africa to crossing the Arctic Circle, Gary Arndt of Everything Everywhere is doing his best to literally see everything, everywhere. Along the way, he’s garnered more than a 1.5 million followers on social media, racked up hundreds of thousands of flight miles, and has visited well over a 100 countries. We caught up with him to learn what inspired him to sell his home and pursue a lifetime of travel. 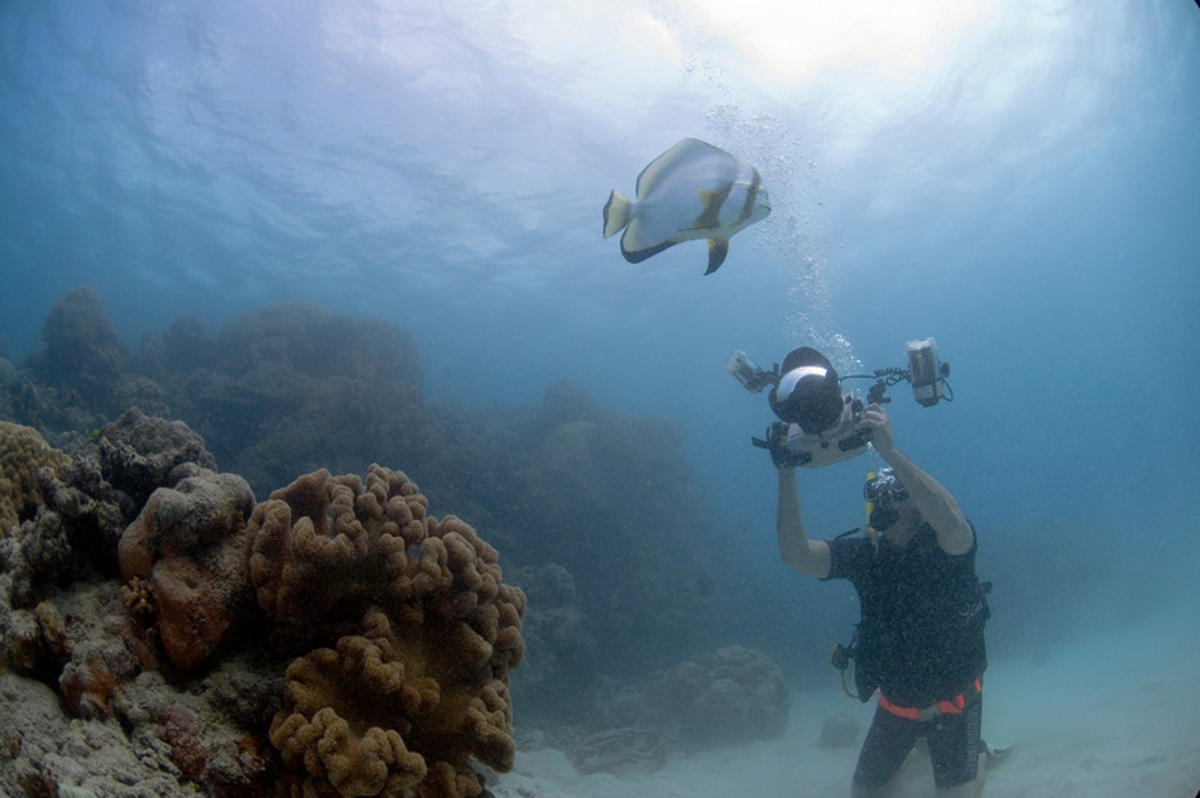 As your blog name suggests, it seems like you really have been everywhere! How often do you travel and how many countries do you have under your belt? Do you have a home base?

From March 2007 to November 2015 I was traveling full time. Last November, after almost nine years on the road, I finally got an apartment where I could go in-between trips. I've been to 118 countries in the United Nations, and 187 countries and territories on the Travelers Century Club list.

How did you come up with the name Everything Everywhere?

After I had the idea to travel around the world I knew I was going to create a website to document my travels. I thought about it for several weeks before the name "Everything Everywhere" just hit me while I was in my car. It captured the scope and scale of what I wanted to do.

You have degrees in mathematics, economics, and political science. When and where did you decide to make traveling your full-time job?

It was in 2005 when I came up with the idea. I had returned to school to study Geology and Geophysics. I was in my mid-30s at the time and I realized that it was probably a bit late to start a career in academics. I had gone on a trip around the world for business after I sold my Internet company in the late 90s, and the love of travel always stuck with me. Once I had the idea, it was just a matter of taking care of loose ends before I could hit the road.

I have no idea. I don't worry too much about labels. I stay in luxury hotels and hostels. I visit urban areas and national parks. I like to visit places I haven't been before, but I'm also not against revisiting places I've been.

A lot of people find packing for a trip incredibly stressful. What’s a good packing hack you keep up your sleeve?

I put very little thought into packing. People make far too big of a deal over it. If you over pack, then you pay the price in terms of having to lug everything around. If you don't bring enough, you can always buy what you forgot to bring when you are on the road. My only packing advice is to put stuff in a bag and go.

It sounds like you’re a laid-back traveler! What’s the best travel advice you have ever received and do you recall a time where you applied it while you were out on the road?

The advice I always follow is that the ability to adapt is more important than the ability to plan. Travel plans always change. If you go with the flow, you will get by and enjoy your travels more.

What are your top five travel experiences to date?

There are many things I would love to do which I haven't done yet:

People are always talking about what they would bring with them if they ever got stuck on a deserted island. We want to know which island — anywhere in the world — you would like to get stuck on and why.

The island would be somewhere in the Pacific. I've spent a fair amount of time there and it is one of my favorite regions in the world. Maybe the island of Rennell in the Solomon Islands or one of the minor islands in Micronesia.

What are some upcoming trips you’re super excited about?

I'm heading to Alaska in September where I'll be visiting my final two national parks in the state. I'll then be going to Nova Scotia and Newfoundland before heading to London in early November. I hope to travel to the Pacific this winter to visit American Samoa and the small nation of Tuvalu.

Let the Good Times Roll: How You Can Get in the Louisiana State of Mind

It's Time to Take a Little Wandering into Ruidoso