Just about everyone takes a camera on vacation, but very few of us consider ourselves photographers. And we're not-you can see it in our photos interlaced with red eye, bad lighting or off-centered. The good news is that there are many easy things you can do to make your photos more eye popping- whether they're of people, places, animals or scenery that don't require an expensive camera or studying photography.

Most adventure seekers are happy to bring along a simple point-and-shoot digital camera when they travel. These little devices sure do make life simple. They're lightweight, fit in a pocket, are inexpensive and you don't have to worry about focusing, adjusting for the light or much of anything else.

Here are ten tips that you can use to snap sharper digital shots, whether you're on an adventure cruise, stalking the Big Five in Kenya or exploring your own city. 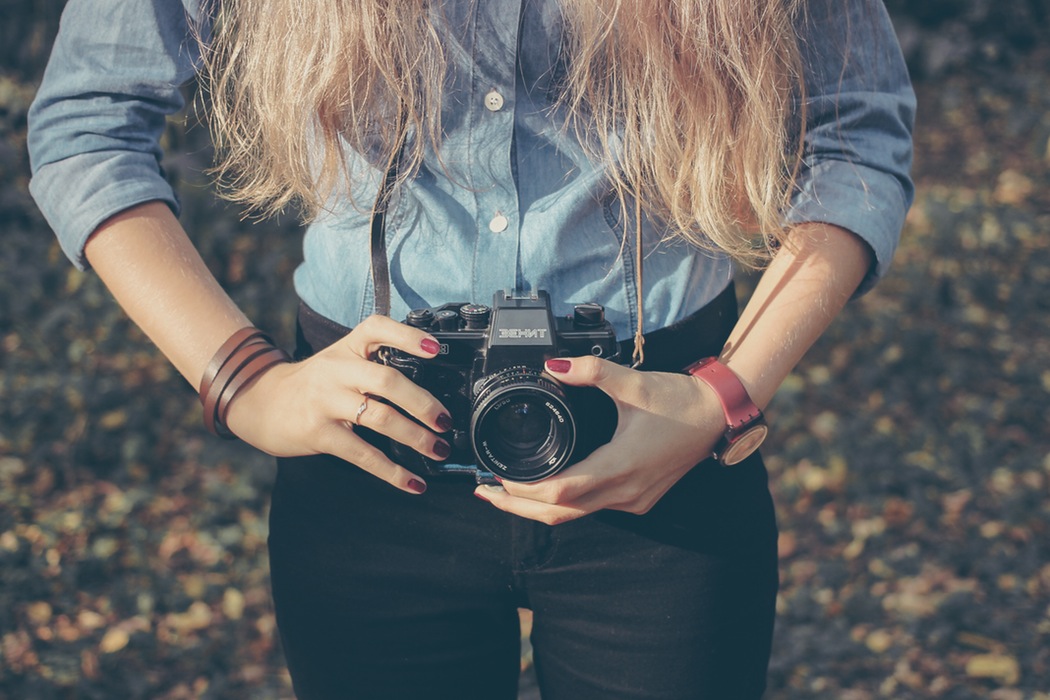 There's nothing that makes a gopher or a squirrel look smaller than pointing a camera at it from six feet in the air. If what you're aiming at is on the ground, whether it's a finch or a flower, try getting down there yourself. Ever think of shooting slightly up to capture a flower? It's a totally different perspective. And for people- top down photos always make you look slimmer.

Use the golden hours

You may have noticed that photos taken between 10 and 2 or thereabouts are studies in light and dark. Midday light is unforgiving, washing away the subtleties of contrast and flattening features. Get out early, when the sun is still low, or later in the day to make use of a softer light and that golden glow.

A couple of tips: portrait pictures turn out best either in very overcast conditions or in early or late sunlight, when the sun has lost (or hasn't yet gained) its orange hue. Also, wildlife is most active around dawn or sunset- these are times to feed, to drink and to change location to bed down for the night. Catch them if you can.

A natural tendency is to put the subject right in the middle of the viewfinder. But studies show that in looking at a photo, the eye naturally goes halfway between the center and the edge. You can achieve interesting effects, and capture more scenery, if you follow the rule of thirds. When you look through your viewfinder or at your LCD display, mentally divide it into three equal sections horizontally and vertically, for a total of nine squares. Place your subject either along one of the lines or at intersection points of the photograph box. You'll see that your photos are a little more artistic or interesting than simply centering a person.

If you're taking a picture of something that scares easily, an easy photo trick to distract the animal is to use the same technique that hunters do-put something in the line of sight between you and your subject. It could be a boulder, a car, a tree, or even tall grass. Keeping the object between you and that house cat, hawk or snow leopard as you approach, even if it only partly obscures you, will get you closer than you might have thought possible.

This is not the same as using a blind-you could be right out in the open, yet unseen. Especially useful when trying to capture people or animals, try getting somewhere that they won't naturally think to look. One great technique is to take a seat on a balcony or terrace above a market, plaza or street, then zoom in on the action below. If you've got a railing to work with, you'll also stabilize your camera for crisper shots.

Many point-and-shoot cameras have incredible zoom capabilities. 3x, 6x, even 10x optical zooms are now common, even among cheaper models. But you're unlikely to get a crisp image at the max of your zoom range, especially in low light. That's because even small movements of the camera are amplified.

To get the best images from far away, stabilize your camera. That doesn't mean you have to rush out and buy a tripod-just use something solid. Lean one arm against the wall of a building, rest the bottom of your camera on a railing, or for best results set it on a solid surface, point it in the right direction and use the auto timer so that you don't even have to touch it. If you're in a vehicle, turn the engine off and rest your camera on the edge of the window.

Nobody likes being told to practice and there's nothing to say you have to, but if you're really keen you can practice taking the kinds of photographs you're expecting to shoot on your adventure right in your backyard. This is especially useful with wildlife photography- focus on the birds or squirrels in your area, or go to the park and capture dogs in action. See if you can anticipate their actions and learn to shoot upon their movement. One big tip for nature photographers is to watch birds of prey at rest. Many will lighten their loads just before taking flight. So if they do their business, get ready for them to spread their wings!

Shooting food top down is a little boring. From 200 feet away, a photo of a church steeple is predictable. Try standing as close as you can to shoot almost straight up, or take the elevator up a nearby building to shoot straight across or even slightly down on the church. You might be surprised to wind up with photos well worth looking at. The same thing goes for people, animals and just about anything other than panoramic views.

When you shoot a sunset, seascape, mountains or Savannah, it's tempting to put the horizon line right across the middle of the frame. Try using the rule of thirds or even go beyond that by just capturing a sliver of the land, water or sky. If the sky is spectacular, feature it in your photo. If it's a uniform gray, don't give it any play.

The wonderful thing about digital photography is that it doesn't cost a cent more to take 100 photos or one. You're only limited by the size of your memory card and the charge of your batteries. Take along a second card and some extra power, then snap ten shots where you would normally take one. Zoom in, zoom out, move yourself around, try putting the sun behind your subject as well as in front...experiment, then choose the best photo variation. Be sure to free up space by deleting the rest: you've got the best!