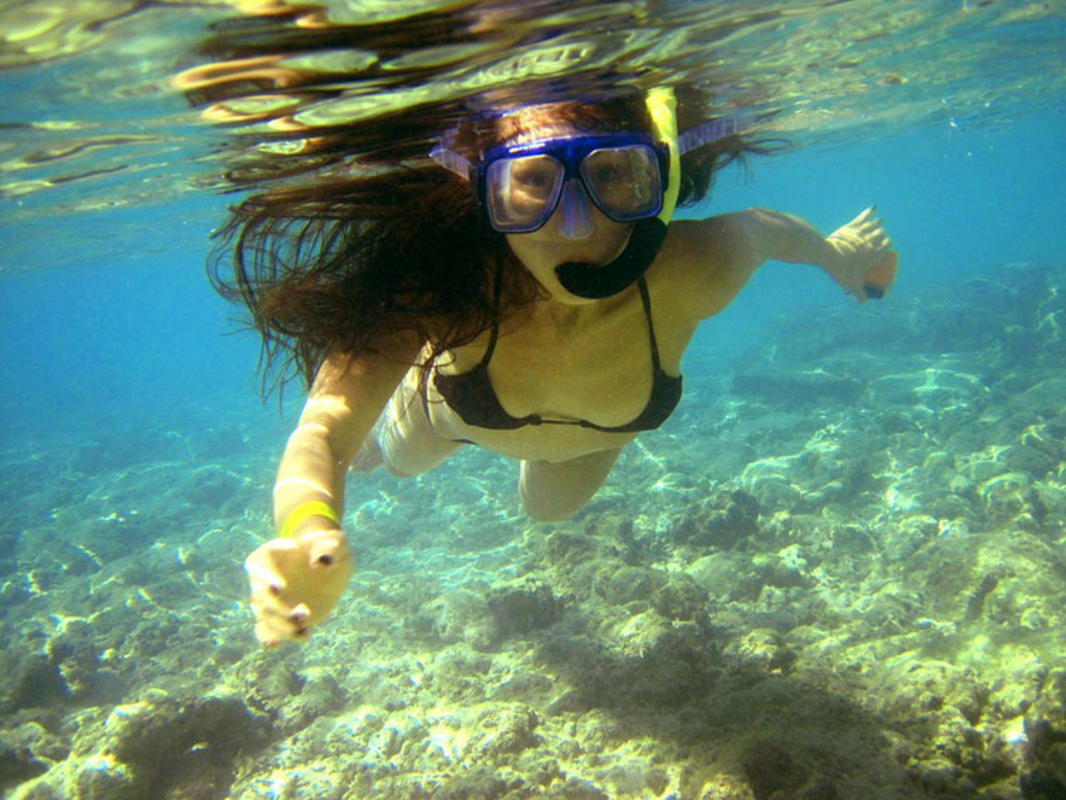 Beneath some of the calmest and most beautiful ocean waters on Earth, lay the mangled and rusted remains of once-great ships. They proudly sailed the seas and defiantly carrying passengers, cargo, weapons and soldiers, but alas, the sea claimed many of them. Most were hopelessly lost to the depths, never to be seen again, while others were within reach with a scuba tank and certification. But a few require nothing more than a pair of goggles and a snorkel to explore.

Today, these shallow shipwrecks are home to some of the most amazing biodiversity on the planet. As time goes by, the sea changes the landscape entirely with fish, eels, crabs, sponges, and coral claiming the wreck as homes. Exploring these historic wrecks is more than just a dive into history; it is a journey through the splendorous habitat of sea reef life. 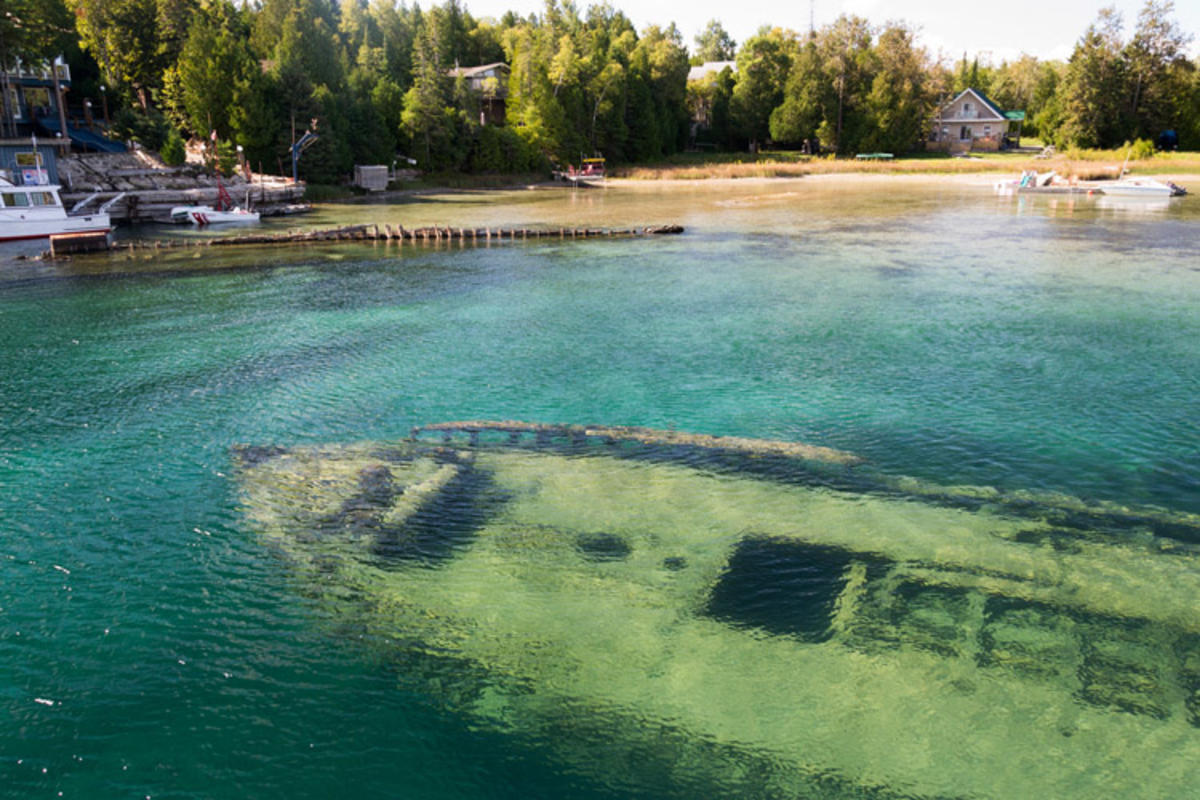 Tobermory, Ontario – The Minch and Newaygo

Unofficially known as the freshwater dive capital of the world thanks to the abundance of shipwrecks littering the waters, Tobermory is a great place for both advanced snorkelers and newbies.

The Fathom Five National Marine Park features two shipwrecks, the Minch and the Newago. Both roughly 100 years old, it's a great place for anyone new to the sport to test the waters, and get used to breathing underwater, while getting the chance to observe some pretty amazing wreckage. There is also the wreck of The City of Grand Rapids that sank over 150 years ago and is a mere 15 feet underwater! Rent some equipment and check out the dives yourself, or hire one of the numerous snorkeling guides in the area. 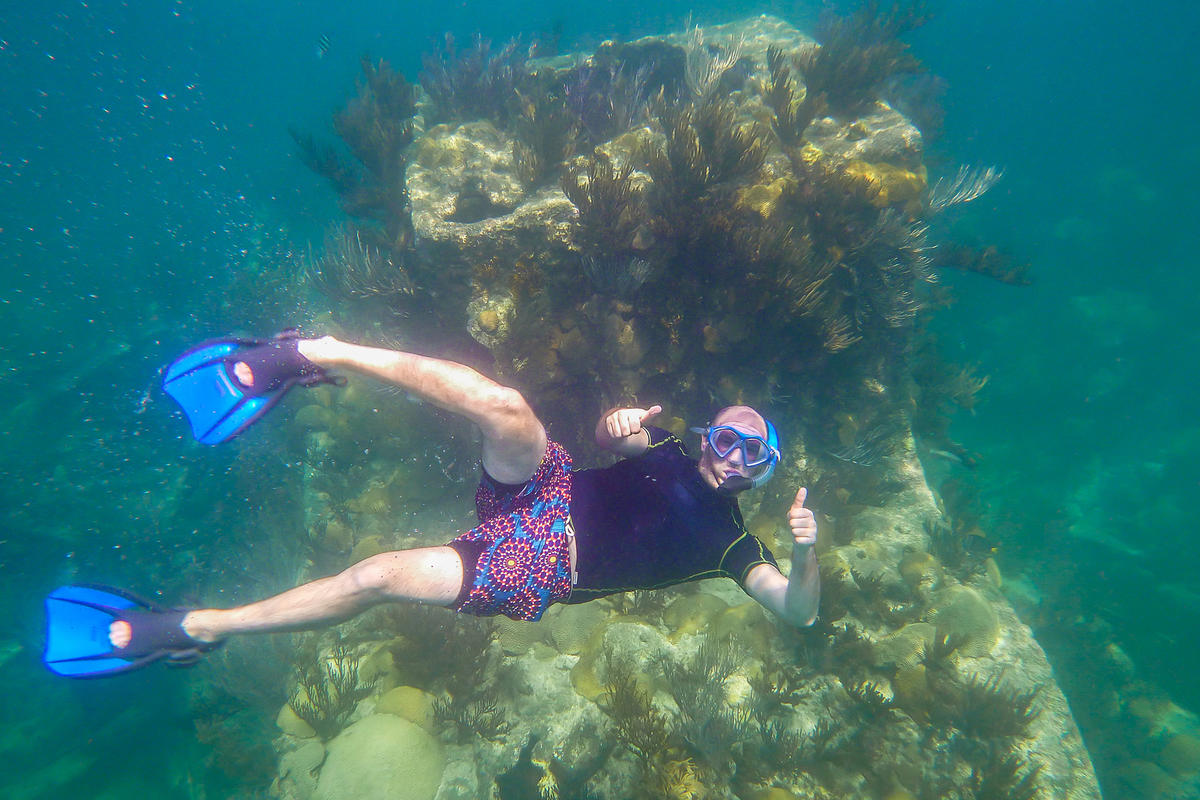 Bermuda is known for it's beautiful pink sand beaches, hot, humid weather, diverse marine life, and waters dotted with over six shipwrecks viewable by snorkel. Hire a guide to check them out via boat, or from the shore.

The Montana and The Constellation are two wrecks in very close proximity. The Montana sank first in 1943 carrying 80,000 pounds of cement, crashing on the shallow reef while trying to come in for repairs. The Constellation is a much older ship, a passenger steamboat with paddle wheels that are still clearly visible. These are both viewable in one trip, but are only accessible by boat. Similarly accessible by boat is another steam tramp that sank in 1879, The Lartington. If you don’t want to rent or charter a boat, check out Pollokshields, which is accessible from the beach. 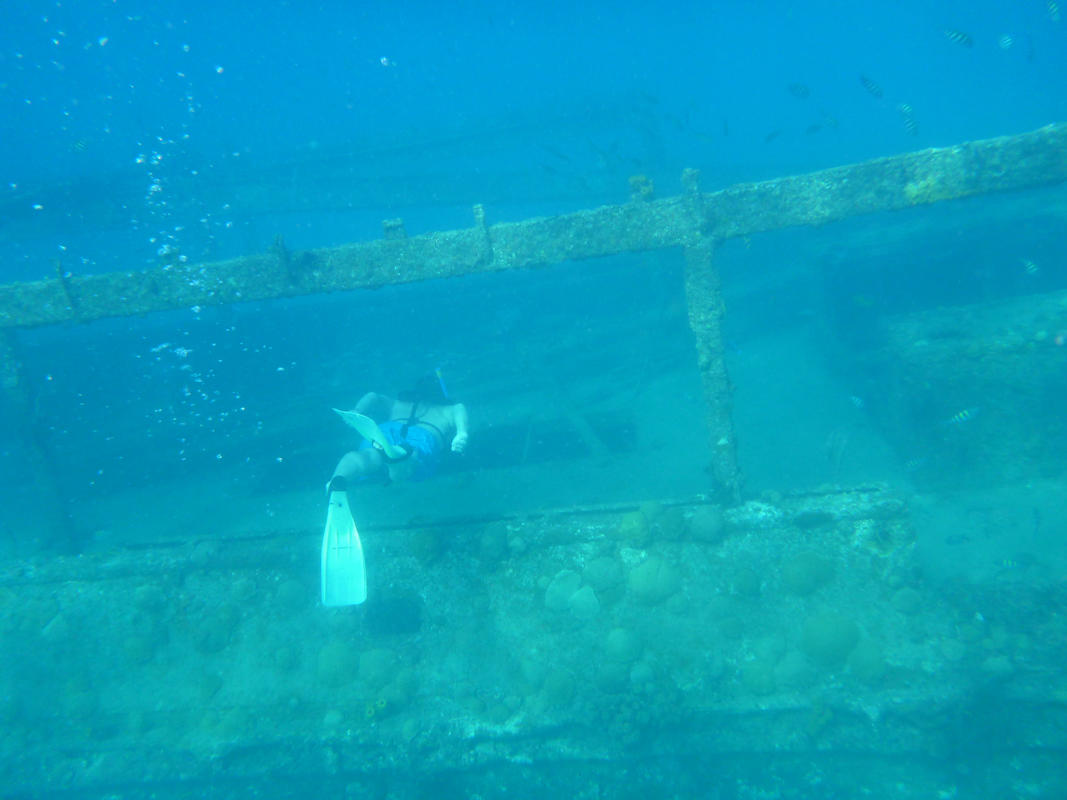 If you are looking for a prime example of how a reef can flourish on the remnants of a ship, then Barbados is the place for you. A guide can take you to the best spots by boat, and describe the animal life thoroughly.

A hotbed of WWI and WWII shipwrecks, the water is warm, and the marine creatures are abundant. Coral has begun to swallow the wreckage and many fish have taken up residence in the once-mighty warships. 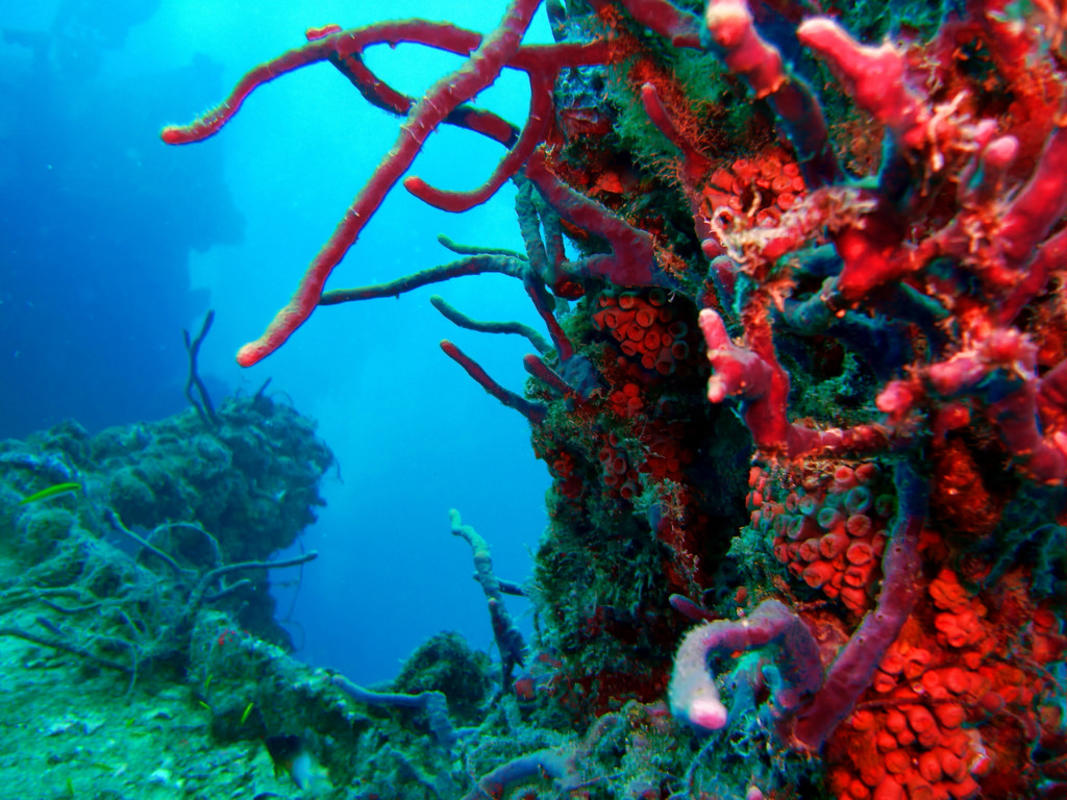 There are a lot of “shipwreck trails” in Florida – but many of those are only accessible with an oxygen tank strapped to your back. In fact there is only one accessible to snorkelers, but it is still an amazing sequence of wrecks that can be swam or boated to. Thanks to the Keys’ shallow depths, all these boats are within 25 feet of the surface.

There are four main sites where the snorkeling is best: the Adeline Baker, the City of Washington, the North America , and the San Pedro. All of these ship remains have been scattered, so they're basically four underwater wreckage fields. On a clear day, most is even visible from the surface. There is a fifth wreck, the Benwood which is more intact than the other ships, but it’s depths range from 25-45 feet – making a littler harder to access unless you can really hold your breathe. 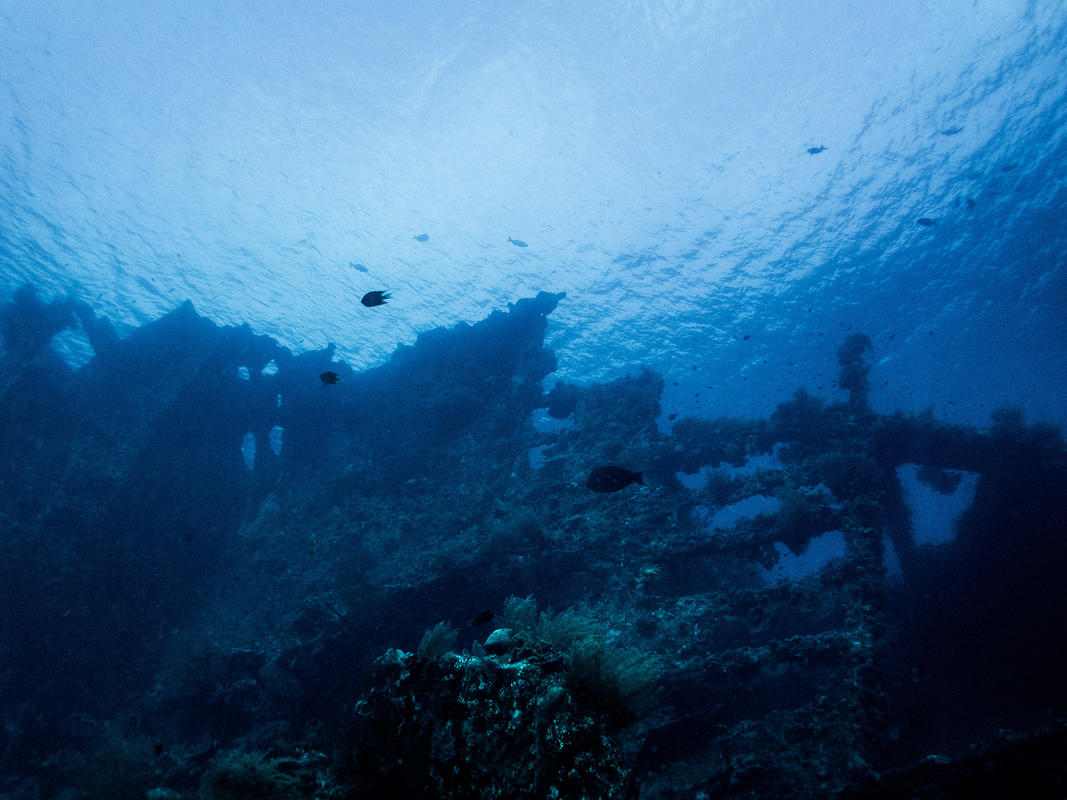 Following a violent torpedo attack by the Japanese in 1942 during WWII, the USS Liberty sank to the bottom of the ocean, taking many American lives with it. It remains north of Ubud, Bali near the small fishing village of Tulamben. The ship is a massive 460 feet long and lies at a depth of only 15 feet in some places so it is easily visible from the surface. With a short dive you can get a much closer look!

One town over is a much less visited wreck known as the WWII “Japanese Shipwreck.” Just 65 feet from shore, it's blanketed in coral and sea life and is perfect for exploring both history and biodiversity. 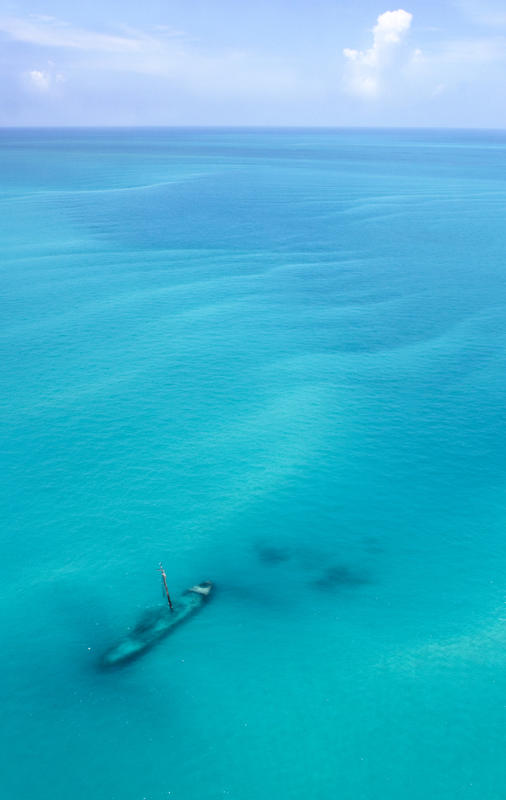 Key West, Florida - The Tile Wreck, and The USS Alligator

Named for the cargo it was carrying when it sank in Key West, the Tile Wreck is in extremely shallow water, resting only 5-15 feet below the surface so you can reach down and touch it. Not too far away lies a navy ship known as the USS Alligator. From the 1820s. it sank 100 yards offshore of the Alligator Lighthouse, and is now home to a flourishing coral reef teeming with sea life. 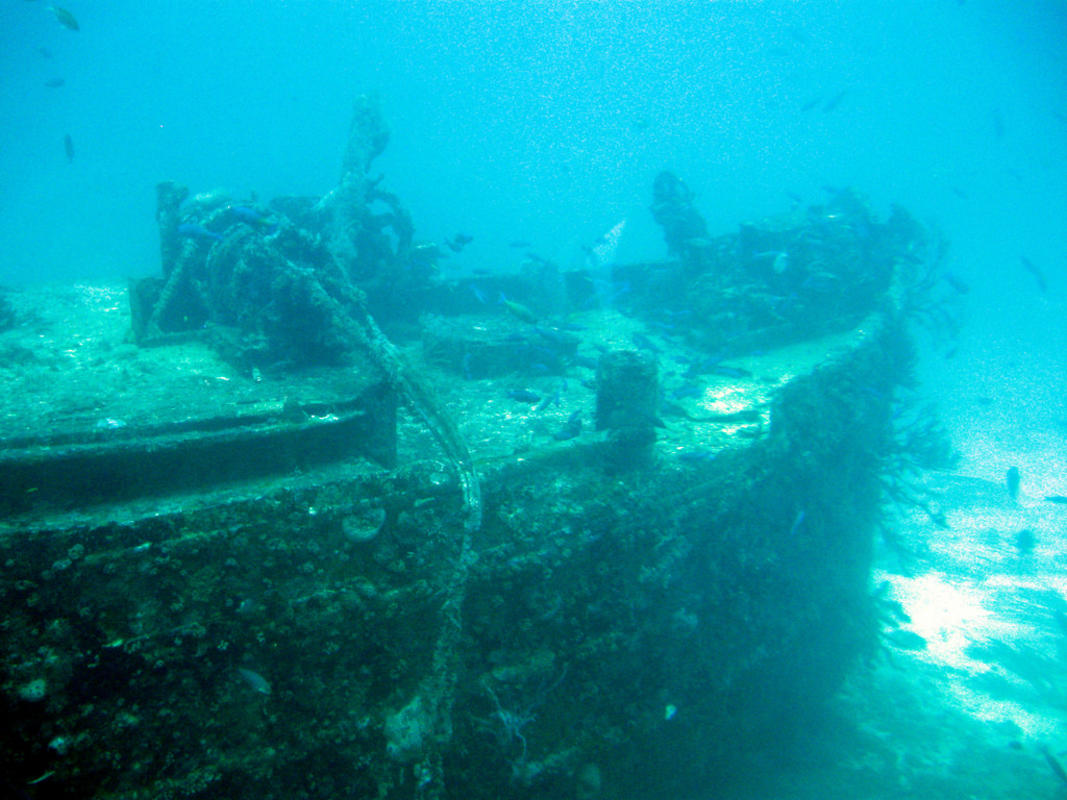 The most ghastly of the shipwrecks you can snorkel to, the Antilla was a German freighter that was a casualty of WWII. It lies in the clear Caribbean ocean, just 30-feet below the surface. This ship has had time to mature as a reef and is, today, covered from bow to stern in thick coral and sea vivid sea life. This shipwreck is truly a spectacular snorkel experience, and as such, is a prime tourist attraction (snorkel tours will set you back about $65).

Yolo: Snorkel or SCUBA with the Manta Rays in Hawaii

The Wreck Capital of the South