No matter how long your time in Germany, there's a UNESCO World Heritage Site worth visiting. In southwest Germany alone, visitors can check out a dozen different sites that run the gamut from Roman ruins to medieval monasteries to Ice Age art. To help you explore the different routes, we've laid out a series of road trips that are designed to maximize your time in this beautiful region of Germany — and help you better understand its unique heritage. 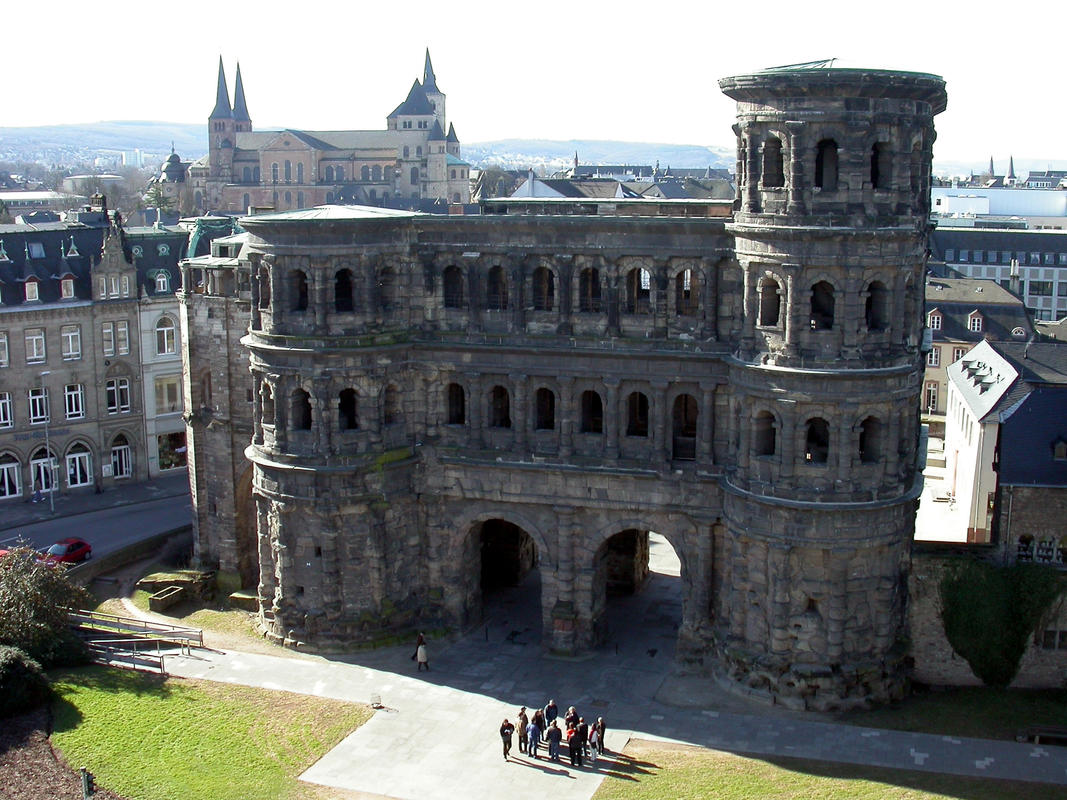 Weekend Trip from Trier to Völklingen

There’s so much to do in see in Trier and Völklingen that it’s easy to devote an entire day to each city. With the cities only one hour apart, we recommend beginning in the city of Trier, Germany’s oldest city, and using it for your overnight accommodations. Home to dozens of ancient Roman monuments and the Cathedral of St. Peter and Church of Our Lady of Trier, a 75-minute city walking tour will take you to each of the UNESCO World Heritage Sites, while a short river cruise will allow you to relax as the Romans did and soak up the panorama views on either the Moselle or the Saar Rivers. No matter which route you choose, you won’t want to leave Trier without one of its many wine walking tours (when in Rome, right?).

From Trier, you can easily drive one hour south to Völklingen. The city houses the very first industrial site ever inducted into the UNESCO World Heritage Site list, offering a fantastic juxtaposition to the myriad of Roman monuments you discovered in Trier the day before. Although the Völklingen Ironworks factory is no longer in use, the site serves as an anchor point of the European Route of Industrial Heritage. Visitors can tour the facility or visit the interactive museum to view the Ferrodrom®, one of the largest fire tornadoes in the world. 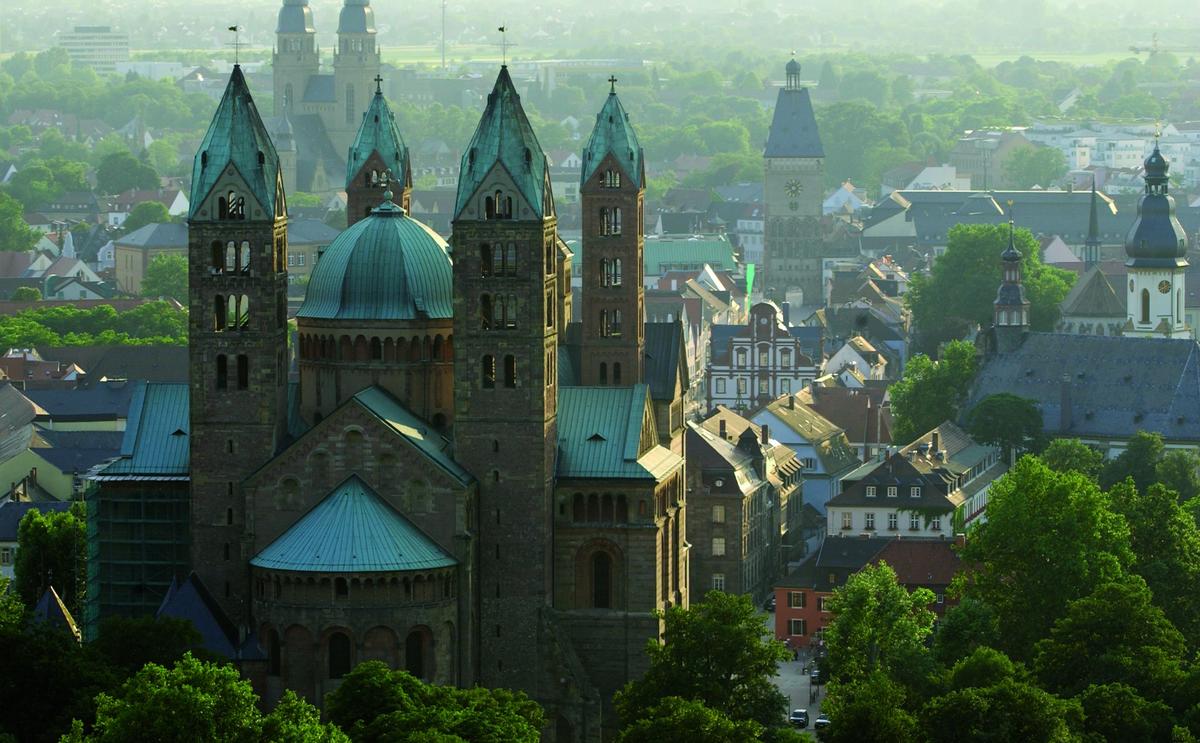 Just a two-hour drive east of Völklingen and Trier, you’ll discover the wide-open spaces and quaint villages in and around Messel. While it’ll first appear that you’re admiring a lot of fields near the small village town of Messel, if you take a closer look, you’ll realize this area was quite the happening place 48 million years ago. Now home to the Messel Pit Fossil Site, this UNESCO World Heritage Site is considered to be the best fossil site in the world to better understand evolution and the Earth’s first modern mammals. We recommend getting here midmorning as this site can get quite packed — and parking more limited — later in the day.

From Messel, you can drive 30 minutes south along A67 to Lorsch for the afternoon and evening. It’s here that you’ll discover Lorsch Abbey and its famous King’s Hall, one of the most mysterious architectural gems in all of Germany. Of all the places listed in this article, Lorsch has probably one of the more unique ways to enjoy the local UNESCO World Heritage Sites: the World Heritage Bicycle Fleet. While access to the grounds of Lorsch Abbey is free, visitors who purchase an entrance ticket for a guided tour of the individual sites like King’s Hall also receive a complimentary bicycle to use for the day courtesy UNESCO World Heritage Sites. The bright yellow bikes can be used on the nearly two-mile trail that connects the city’s other sites, including museums and gardens. It’s a great way to take in the city’s other attractions — and work up an appetite for dinner.

Your second and third days on this road trip will be divided between the cities of Speyer and Maulbronn for a closer look at two of Germany’s (and the world’s) most important cathedrals and abbeys. Speyer Cathedral is a simple 30-minute drive from Lorsch. The massive cathedral was an ambitious project from the start — it was originally meant to be the largest church in the Western World back in 1030. Today, the cross-shaped building with its distinctive green copper dome and roof is the world’s largest surviving Romanesque church. Guided tours of the cathedral and its imperial tombs and treasury are available throughout the year. Nestled along the banks of the Rhine, Speyer is a fascinating city to meander through. That’s why we highly recommend spending the night here so that you can discover the city’s other star attractions, restaurants, and wine cellars (fun fact: Speyer is actually home to the world's oldest unopened bottle of wine!).

You’ll want to leave for Maulbronn around midmorning so that you have more than enough time to walk the grounds of Maulbronn Monastery Complex before it closes at 5:30pm. Ranked as one of the top 100 sights via the Germany National Tourist Board’s Visitors’ Choice Awards in 2017, the monastery is one of the most preserved — and one of the most beautiful — north of the Alps. While monks no longer live and work in the monastery, its classic languages school still accepts students and boasts graduates like Johannes Kepler and Hermann Hesse (to name a few). 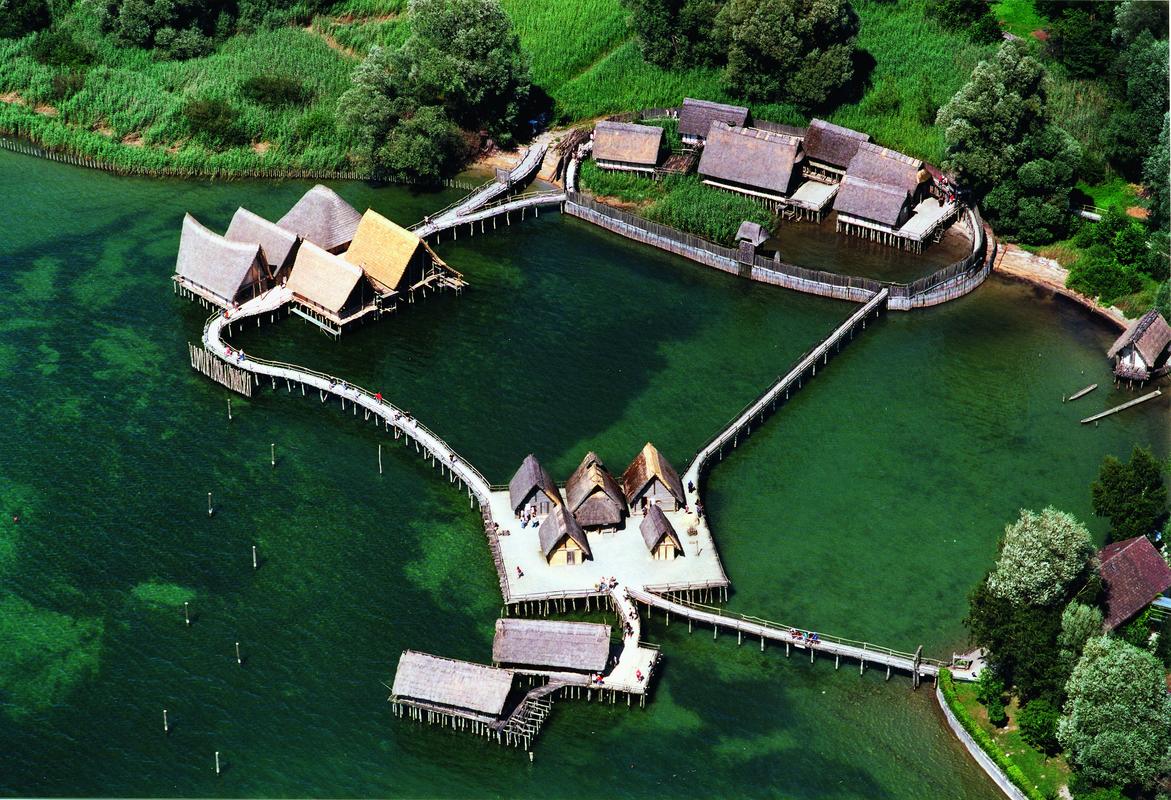 4 Days Traveling Stuttgart to Lake Constance and the Alps Route

When you travel a mere 45 minutes east of Maulbronn to Stuttgart, you can set out on a journey that’ll make you believe you’re traveling back in time to the Ice and Stone Ages (sans the cold weather, of course). That's why this route is perfect for the outdoorsmen with an interest in history — and time travel. It’s fitting then for this road trip to begin in Stuttgart, a city that perfectly accentuates the modern history of Germany. What Detroit is to America’s automotive history, Stuttgart is to Germany’s, which is why the Mercedes-Benz Museum and the Porsche Museum each have a home in this city as does the Retro Classics Motor Show. Cars aside, Stuttgart is also home to the UNESCO-recognized Architectural Work of Le Corbusier. The beloved architect designed a series of incredibly forward-thinking, modern buildings and homes back in 1927, which can be accessed by touring the Weissenhofmuseum.

From Stuttgart, you’ll stretch the two-hour drive down to Lake Constance across a series of days with stops at the Monastic Island of Reichenau, the Wieskirche Pilgrimage Church, the Caves in the Swabian Jura, and the Frontiers of the Roman Empire. We recommend optimizing your route so that you can visit both the Prehistoric Pile Dwellings of the Alps and the Monastic Island of Reichenau on the second day of your trip. The prehistoric dwellings along the shores of Lake Constance are essentially an open-air museum, making it perfect for an early morning walk along the waterfront, while Reichenau is home to several centuries-old churches and monasteries — each more fascinating than the next — and a series of stunning gardens and vineyards that would make for a great ending to an already picture-perfect day.

Meanwhile, the third and fourth days of your road trip can be used to explore Wieskirche Pilgrimage Church, the Caves and Art of the Ice Age in Swabian Jura, and the Frontiers of the Roman Empire: Upper Germanic-Rhaetian Limes. Expect crowds at Wieskirche Pilgrimage Church, where more than one million visitors go each year in hopes of seeing the statue of the Scourged Savior cry blood. Likewise, make note that there are five different museums showcasing the Ice Age art found within the caves. 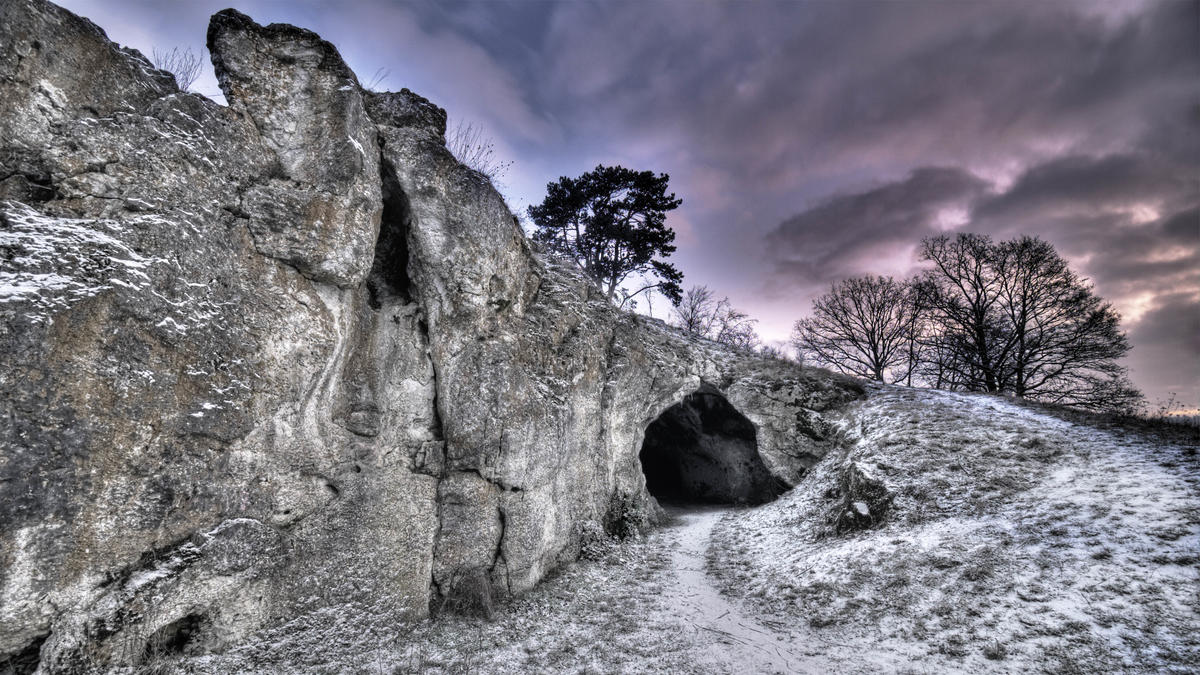 Bonus: Do Them All in One Go

Beginning in Trier and working your way through Messel and on to Stuttgart and the Alps, you can trace the entirety of Germany’s unique heritage in just about 10 days. If you want to take the time to truly immerse yourself in Germany’s unique history — and maybe spend a few extra hours exploring the fossils of Messel or the jewelry inside the imperial treasury at Speyer Cathedral — this is the journey for you. By the end of the trip you’ll have massive bragging rights to say you’ve visited 12 of the 44 UNESCO World Heritage Sites and an impeccable knowledge on some of the key time periods in Germany’s history. We’ve set out the path for you — you just need to get there.