How to Not Be a Tourist at Oktoberfest

Each year, over 6.5 million people flock to Munich, Germany for the 16-day festival celebrating all things Bavarian--and, importantly, all things beer. Oktoberfest is the world's largest folk festival, running each year from late September through the first week in October in Munich. Attendees enjoy vast amounts of traditional beer (over 7 million liters total!), hearty food, and festive revelry, but if you really want to enjoy Oktoberfest to the max, here's a little history - and key tips - for celebrating like a local. 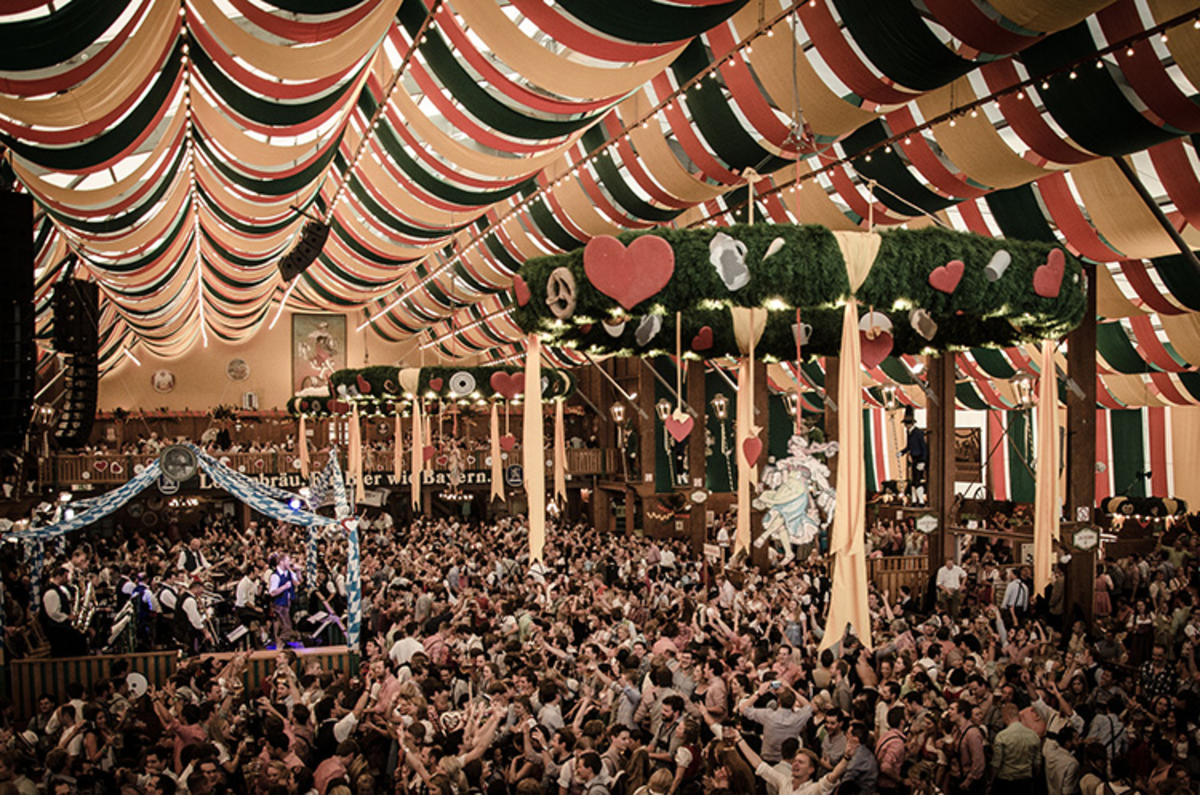 Oktoberfest originated in the 1800's as a celebration in honor of Bavaria and its royal family. The citizens of Munich were invited to attend the marriage of Bavarian Crown Prince Louis, later King Louis I of Bavaria, and Therese von Sachsen-Hildburghausen, which took place in front of the city gates. At the conclusion of the royal event, a horse race and festivities in presence of the royal family were held. The following year, the decision to again hold the horse races and festivities gave rise to the tradition of the annual Oktoberfest.

Eventually the mass of local vendors offering traditional food and local brews were established as the iconic beer tents known today, and the festival still takes place at "Die Wiesn" - the local word for the fairgrounds themselves. The modern festival has since grown to attract millions outside of Germany, and is one of the most important parts of Bavarian culture to this day.

To be served at Oktoberfest, beer must be brewed within the city's limits. The abundance of pale ales, dark ales, stouts, and wheat beers all come from six Munich breweries and are all served in massive liter steins. To order one, simply call out "Bitte Ein Mass!" at one of the many beer tents, but remember to bring some Euros, as tents are cash only. Which tent to settle in at is a matter of scene, with each boasting particular food delicacies, the friendliest atmosphere, or the place to meet celebrities. The Braurosl tent has been operated by the same family for over seven generations, and the Hippodrum tent advertises the "hippest" locale and the "favorite of the Munich locals." 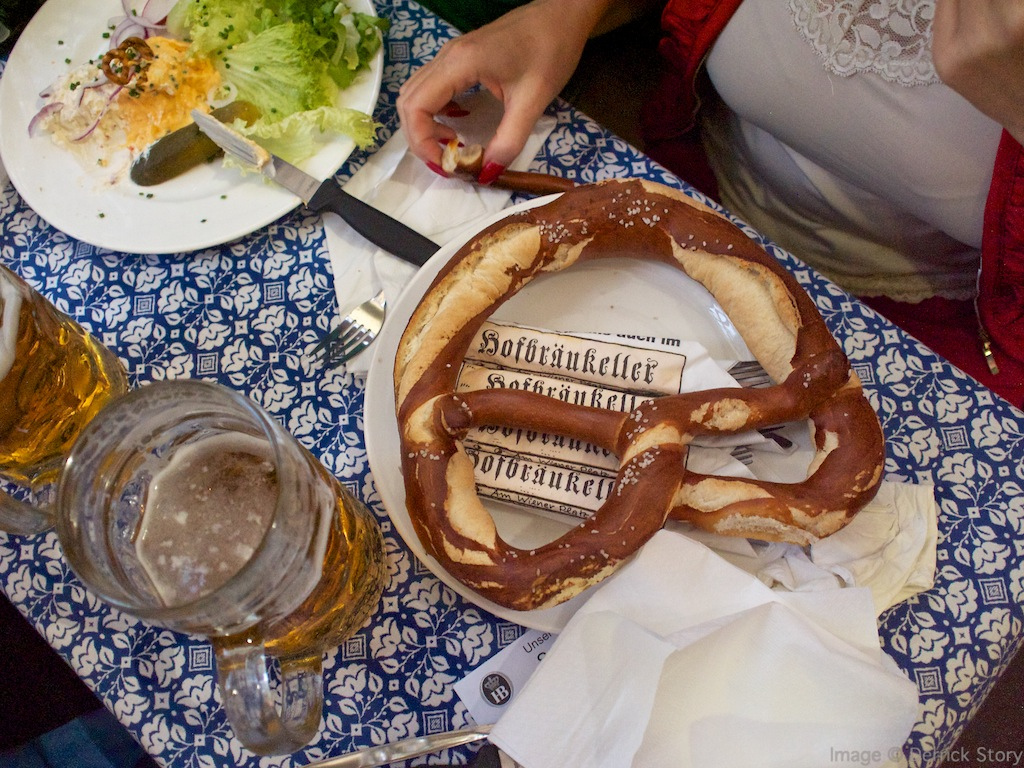 To accompany the mass amount of alcohol consumed by festival goers, an abundance of traditional food is served. There's scrumptious Schweinebraten (roast pork), Wurstl (sausages), Kagespatzle (traditional cheese noodles), Sauerkraut (pickled cabbage), Blaukrat (cooked red cabbage), and Reiberdatschi (potato pancakes), to whet your palate. Or, try the Brathendl (rotisserie chicken), available as a whole or half portion and served with vinegar-based potato salad or Knödel (dumplings), or a Brezn (soft pretzel). The heavily salted Brezn acts as a perfect accompaniment to the ales, and not by accident - the saltier the food, the more beer you'll want to drink! For a sweet treat, there's candied almonds or Lebkuchenherzen (gingerbread hearts). 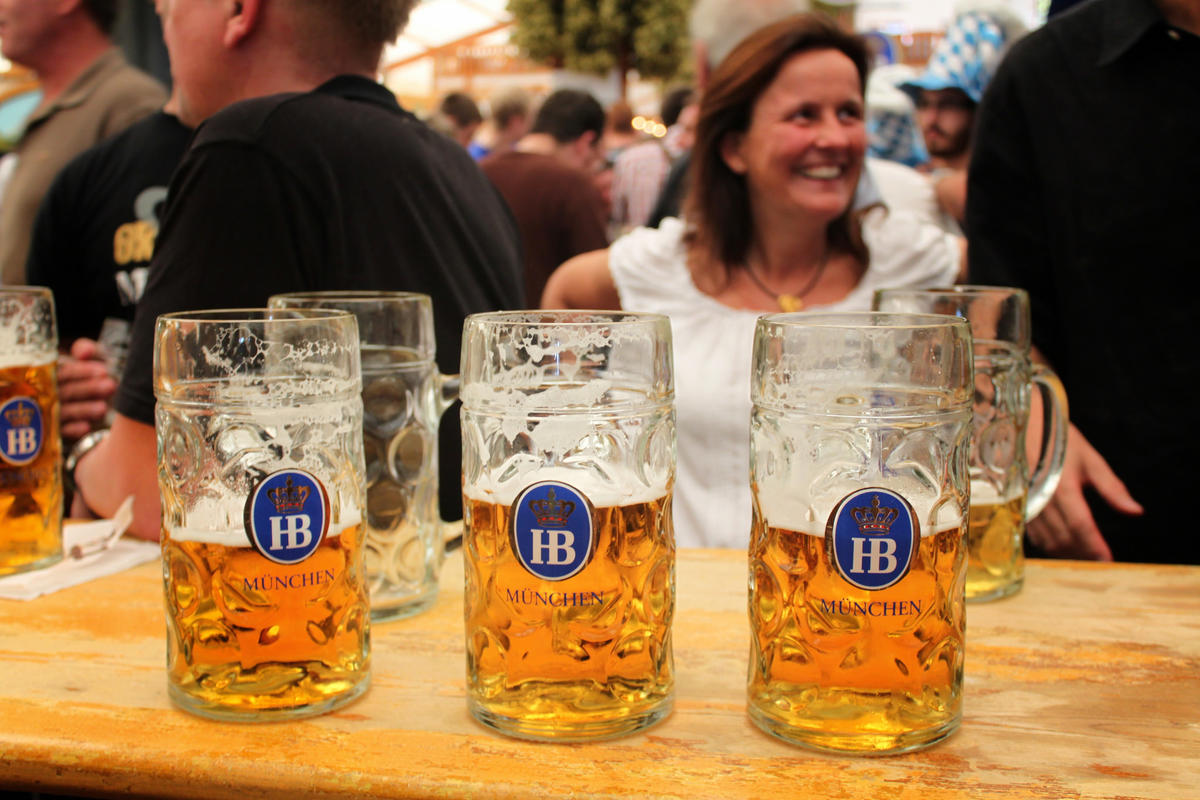 Oktoberfest draws a worldwide audience, but no local anywhere appreciates an ignorant tourist. So to make a good impression and avoid exaggerated eye rolls from locals, keep these simple tips in mind.

-Don't try to steal the steins, or "Maß Krugs." While not too serious of an offense in the eyes of security, you will be called out and immediately labeled a tourist. You can purchase the memento at many of the tents, so there's no reason to make with the sticky fingers.

-Adhere to beer drinking etiquette - always clink glasses with others before sipping (and clink the thicker bottom of the glass to avoid spillage or cracking the rim), and the German word for cheers is "Prost!" - memorize it. Most importantly, not making eye contact while cheering another is considered rude, so pay attention to your manners.

-When ordering a beer, ask for a "Mass," the German word for measure. Instant local points.

Celebrations Around the World

Versions of Oktoberfest are celebrated in cities across the world too, with the largest festivals outside of Germany taking place in Canada, Brazil, and the U.S. Even if you couldn't make it to Munich this year, you can still celebrate - and be the resident expert on how to act like a veteran festival-goer.