Share Your Space With a Spook at China's Hungry Ghost Festival

It’s a bit premature for talk of costumes, candy and trick-or-treating in the U.S. but if you’re headed to Asia in the next few weeks, then talk of ghosts and things that go bump in the night will fit right in to your daily routine. Halloween for Americans is the equivalent of Day of the Dead in Mexico, Obon for Japan and for China...it's an entire month of ghostly celebrations. Here’s what you can expect during your time over there. 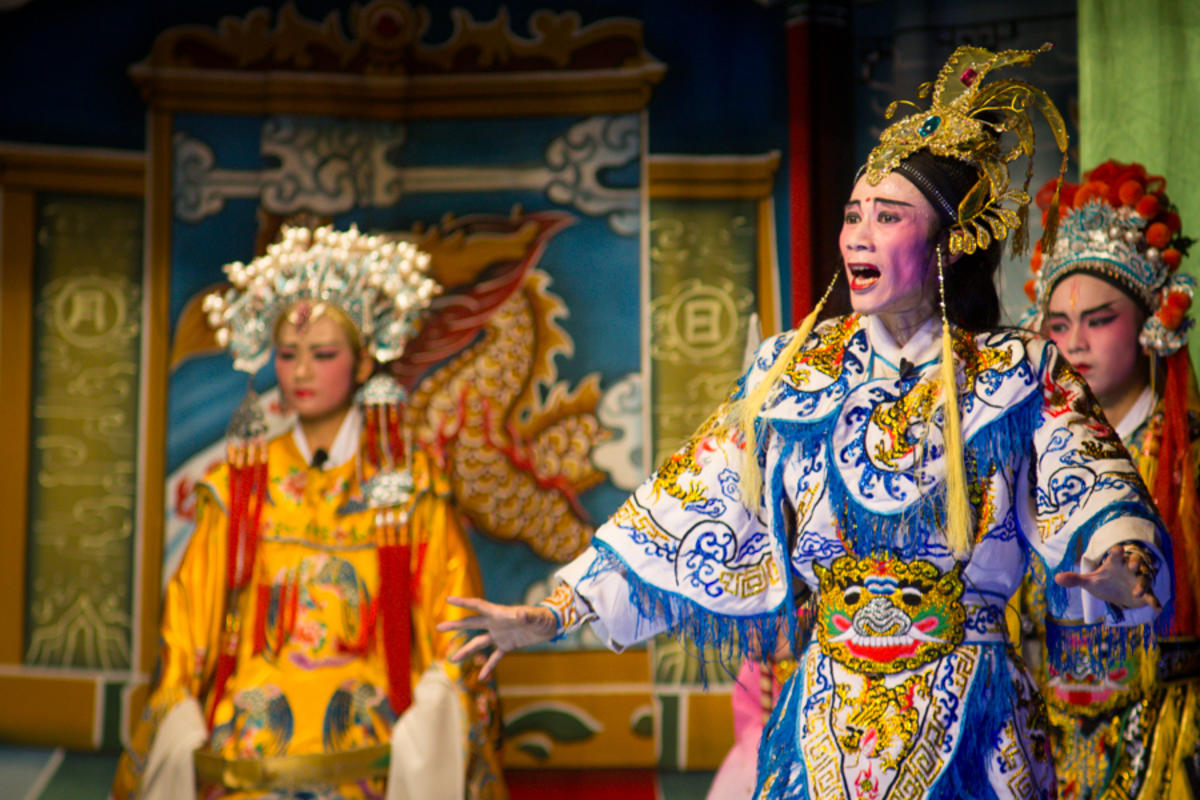 How or why the Hungry Ghost Festival started is a bit of a mystery. Some attribute it to the teachings of Taoism, an indigenous religion, while others believe it stems from the canonical scriptures of Buddhism. Regardless, the festival has its roots buried deep in history and culture. For centuries, the Chinese and other Asian countries like Singapore and Malaysia have recognized the 7th month of the lunisolar calendar (usually around August/September) as when the spirits are the most restless. It’s during this time that the gap between the afterlife and earth is bridged and ghosts are free to roam the earth again as the gates of hell are unlocked and the doors of heaven are flung open. Some meandering spirits are upset by their lot in life and are out to exact revenge. Some are more amiable and merely desire to visit relatives. Most importantly though..they are all very hungry. 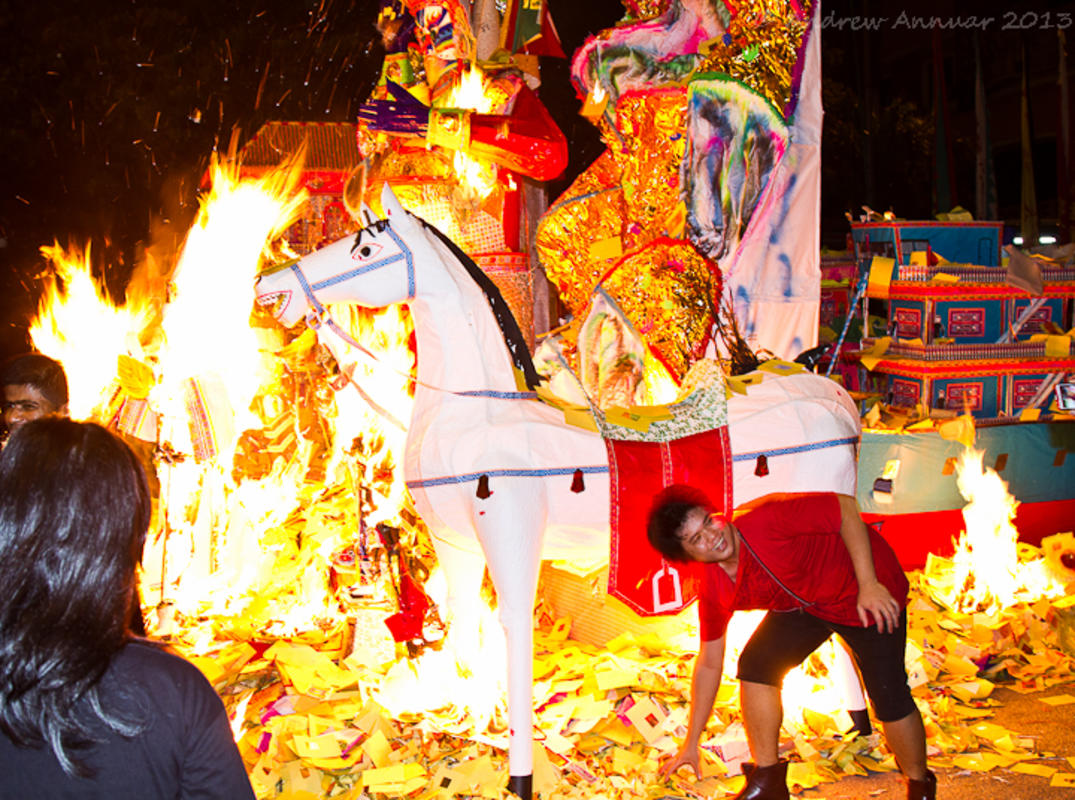 The origins of the Hungry Ghost Festival may be cloudy but its manifestation in current culture is clear as day. Starting the first day of Ghost Month and continuing throughout the next several weeks, it becomes commonplace to see heaping piles of flaming paper in tin receptacles alongside the streets or in enormous bonfires. Known as “joss paper” made from bamboo, it's created particularly for this event. It’s assumed that ghosts arriving from the lower realm need a bit of cash during their frolic around the country and people are more than accommodating. For spirits who expect to be greeted in style, shops offer luxury items like laptops, faux Gucci handbags and even life-size paper servants: all made from joss paper ready to be burned for the deceased.

You’ll also notice plates of perfectly edible food left on sidewalks or neatly stacked on long tables. It may be tempting to consume, but resist the urge. They’re meant to satisfy the ghosts’ appetite. Inside Buddhist and Taoist temples, individuals fervently burn incense to honor their ancestors. Out on the streets, actors stand on temporary bamboo stages in dramatic costumes to perform Chinese operas and praise the charitable and pious deeds of the deities. If you notice all the front-row seats are open, it would be unwise to take advantage of your good fortune. They're reserved for...that’s right. You guessed it. The ghosts.

The last night of Ghost Month, red lanterns are lit and set afloat on nearby bodies of water. It’s said the ghosts follow the lights back to where they belong. They may leave the living alone for the interim, but once the 7th month rolls around next year, rest assured, they'll be back.