If there’s one night to really do it up and go all out, it’s New Years. And the best way to toast to a new year? The glamorous way -- getting gussied up, popping the bubbly and taking a limo out on the town. From the Times Square ball drop to extravagant fireworks on the beaches of Hawaii, cities around the globe compete for best in show with the most over-the-top New Year's Eve fireworks and parades.

So where should you celebrate? Here are our picks for the most exciting New Year's Eve celebrations around the world, and the best hotels to spend your night in luxury. 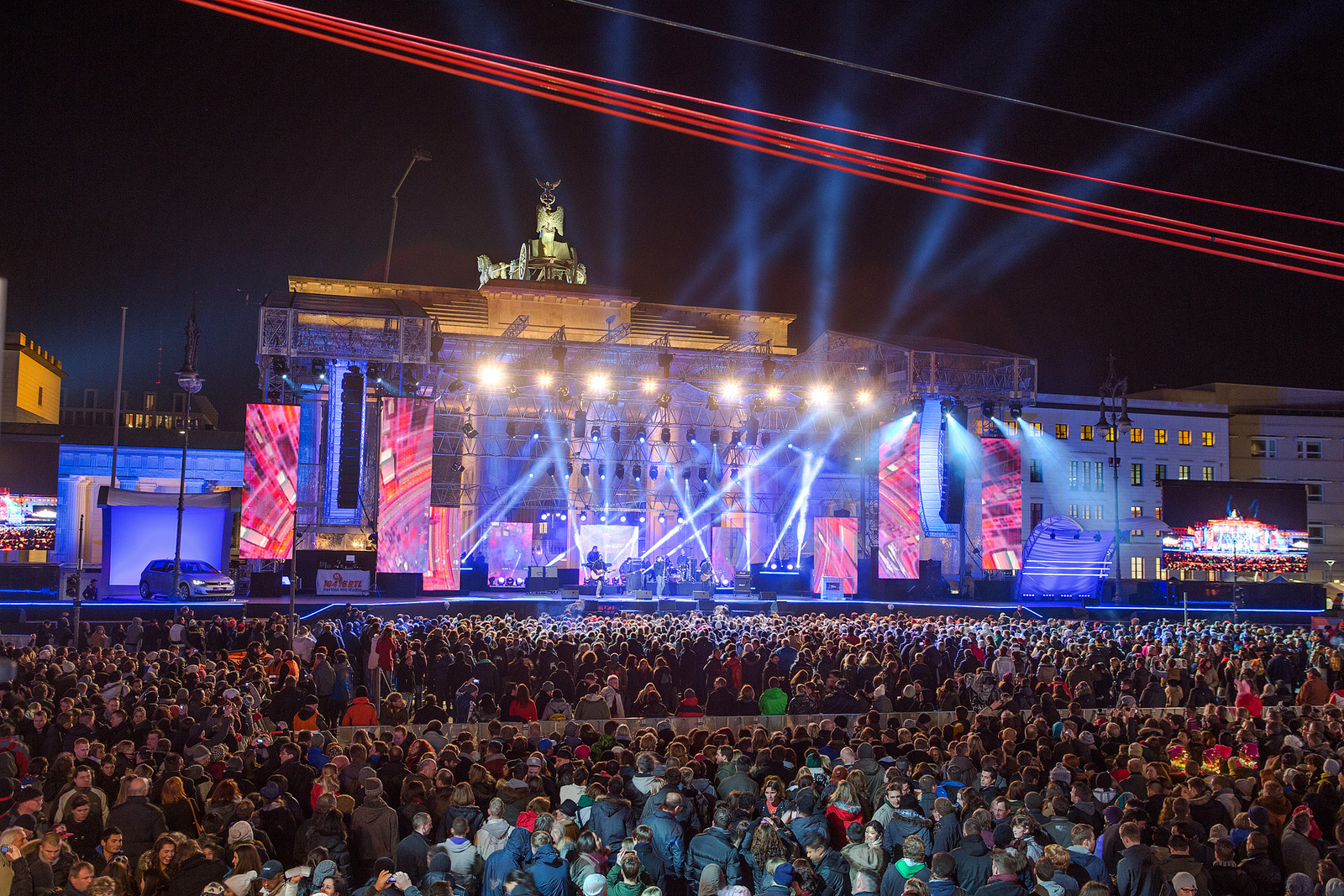 Each year, around one million visitors gather at Berlin's Brandenburg Gate to celebrate its legendary New Year's Eve party. With plenty of live music on multiple stages, party tents, food vendors, and light and laser shows, there's no short of revelry. Top it all off with an extraordinary fireworks display at midnight and after parties into the wee hours of the morning, you'll for sure ring in the New Year with a bang.

For luxury-seekers, Berlin's Regent Hotel offers an exclusive NYE package which includes a two-night stay, breakfast until 1am, and tickets to its luxurious Regent Royal New Year's Eve Ball, which will transform the entire ground floor of the hotel into a party palace. Enjoy Haute cuisine at live cooking stations, a Veuve Clicquot champagne bar, and varied music and surprise acts on three dance floors. 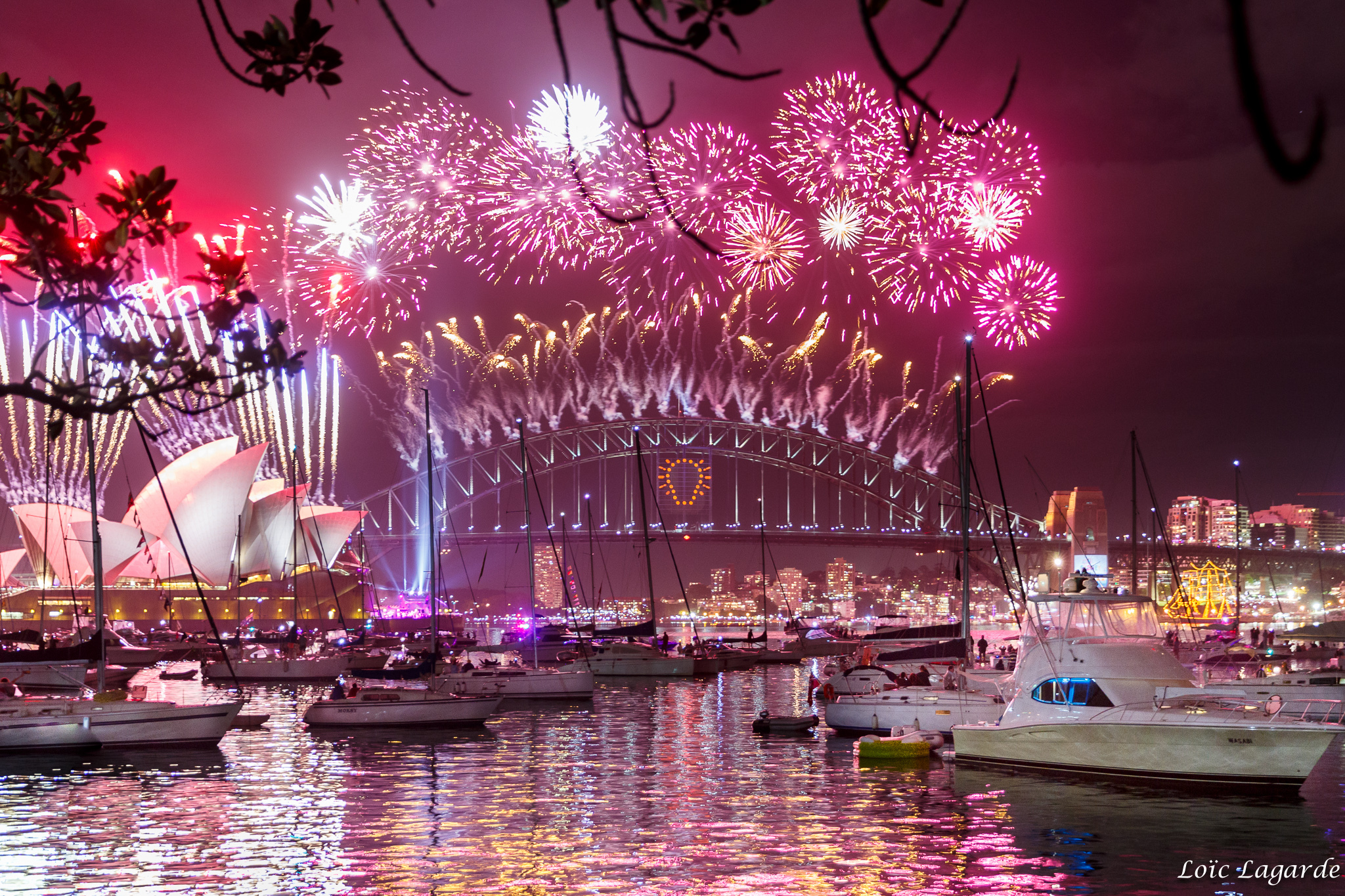 Be one of the first in the world to ring in the New Year in Australia's most populous city. More than a million people gather around gorgeous Sydney Harbour for a spectacular fireworks display over the water.

Stay at the 5-star Shangri-La Hotel, the prime location for stunning views of the fireworks. Sip a bottle of room-service champagne while luxuriating in your elegantly decorated room, then hit the town for the city's thriving nightlife and after parties. 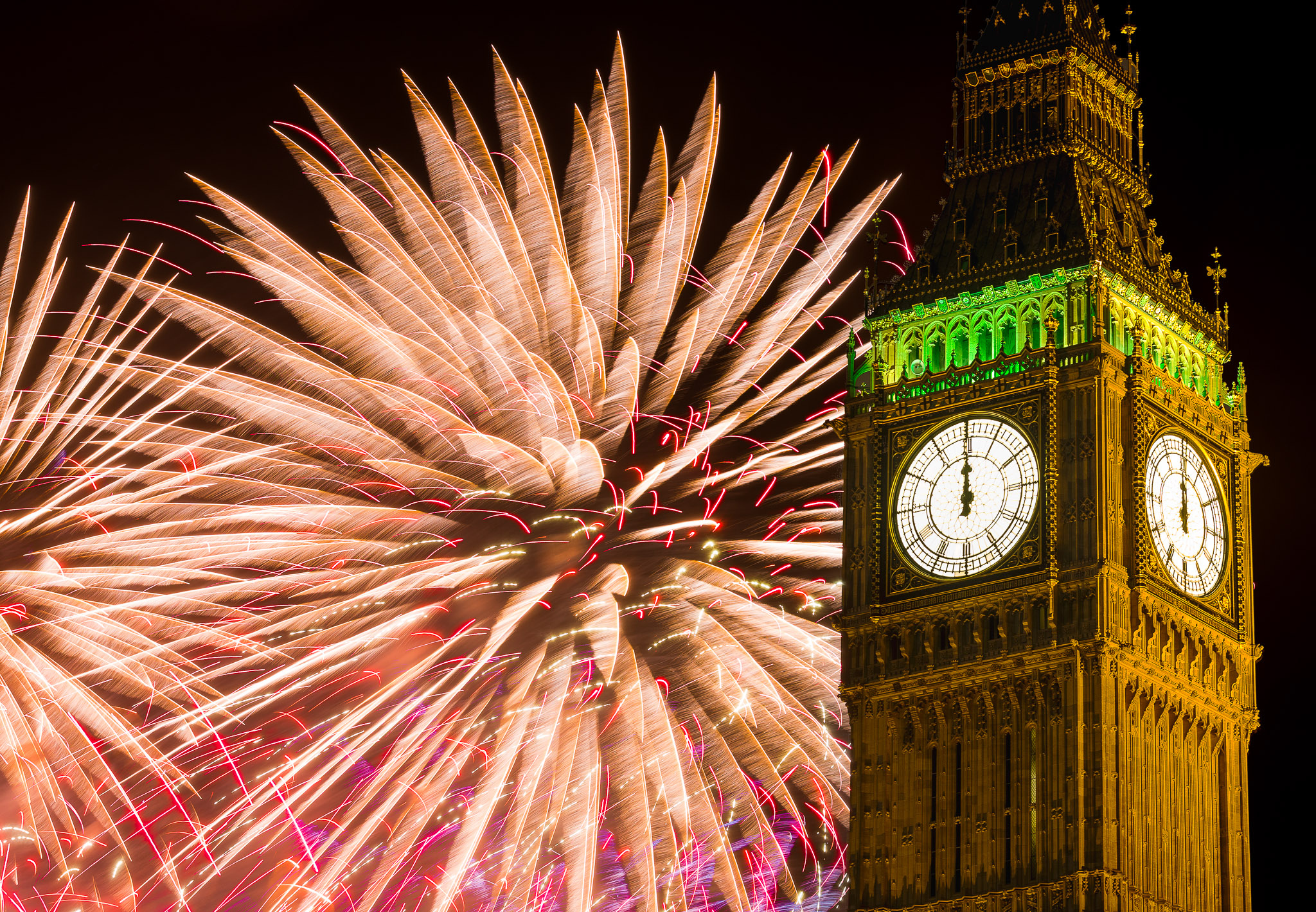 Let Big Ben eloquently chime in your New Year in London, and catch the impressive 15-minute fireworks display that follows, which is best caught from Westminster Bridge. In addition to an endless number of pubs and restaurants offering special parties and entertainment, check out one of the many theater shows for a more low-key celebration with cast and crew.

Stay at The Savoy for its 1920's inspired party, including a four-course dinner in its stunning ballroom followed by dancing to the 11-piece Jazz Orchestra and live bands. 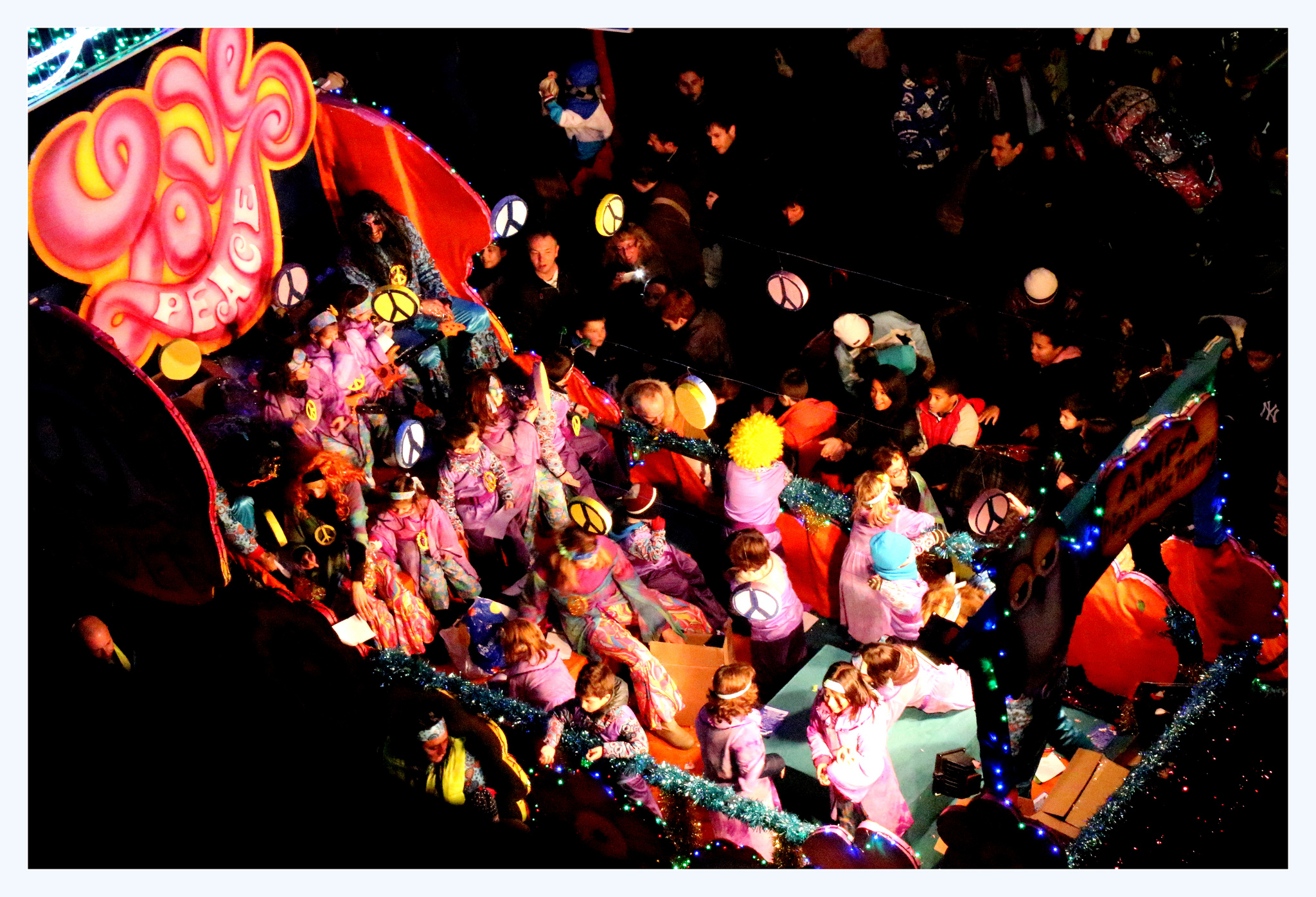 Take part in age-old traditions in Barcelona. When the clock strikes midnight, locals participate in the custom of ceremoniously eating twelve grapes, one for each chime of the clock. The custom goes back to the Roman Empire and symbolizes passing the sweet flavor of grapes towards the New Year so it begins sweetly. Also enjoy the customary Spanish style Noche Vieja, which includes music dance and parties all over the city for as long as a week. If you extend your stay through January 5, take part in Cabalgata de los Reyes Magos (Three Kings Parade), in which "Three Kings" arrive by boat at the waterfront of Barcelona and proceed slowly through the city throwing barley sugar sweets to the children lining the route.

Catch all of the festivity from the Hotel Arts, whose location overlooks the sparkling Mediterranean and sits within walking distance of all of the holiday action. Enjoy a special New Years Eve package complete with a sparkling gala dinner. 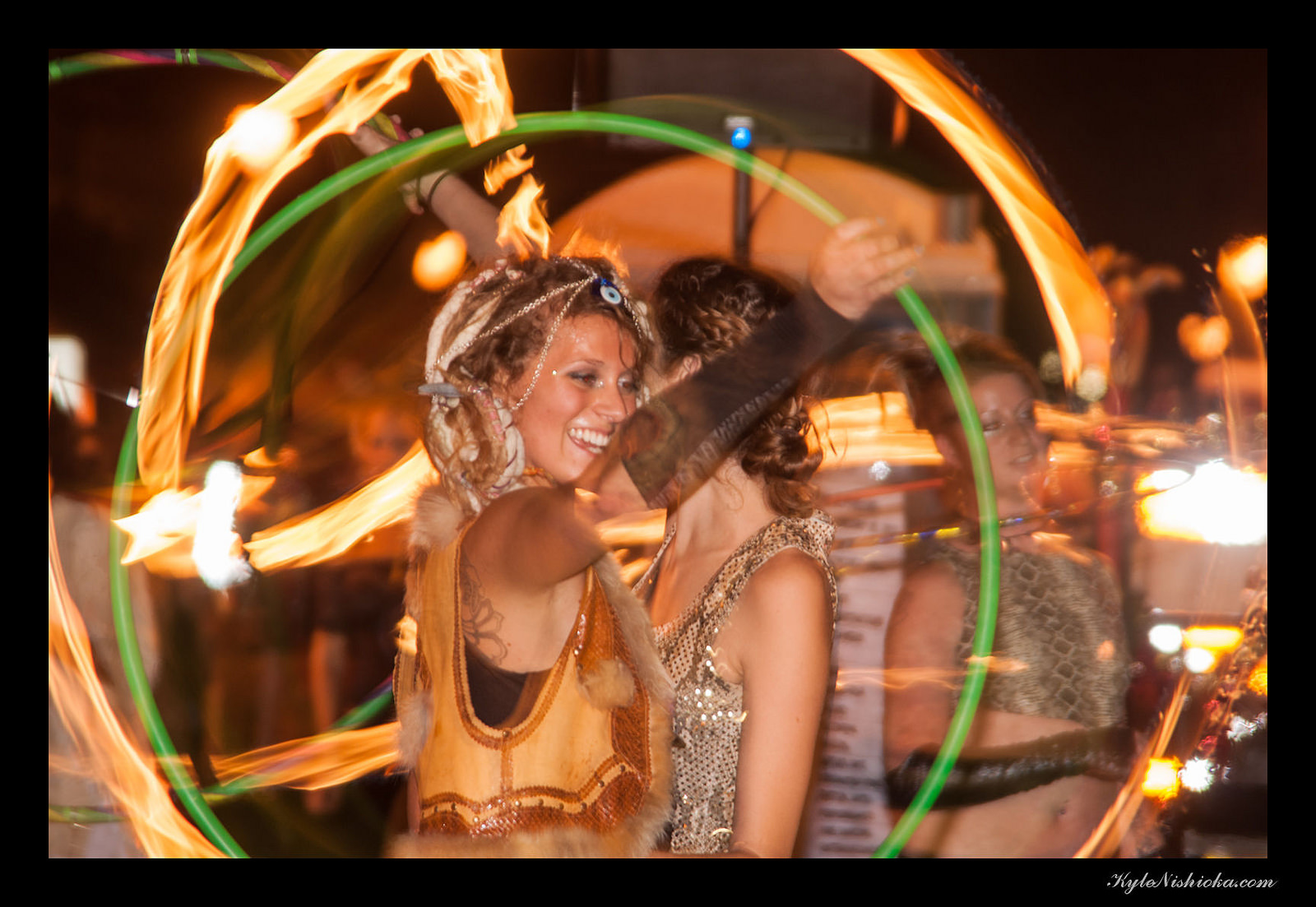 What's a better time to travel to warmer climates than New Year's Eve? Let yourself revel in the festivities without worrying about your winter down jacket messing with your party attire. While wild parties take place along the beaches of all of Hawaii's gorgeous islands, set yourself up for the extravagant New Year's Eve fireworks on Waikiki Beach.

Trump Hotel Waikiki is offering New Years Eve LUX at the Trump, an exclusive dress to impress Casino Royale party-to-end-all-parties. Complete with two DJ's, food and entertainment on the deck of the hotel's infinity pool, VIP packages, and a surprise VIP after party, you'll be more than set for a night of enjoyment in style. 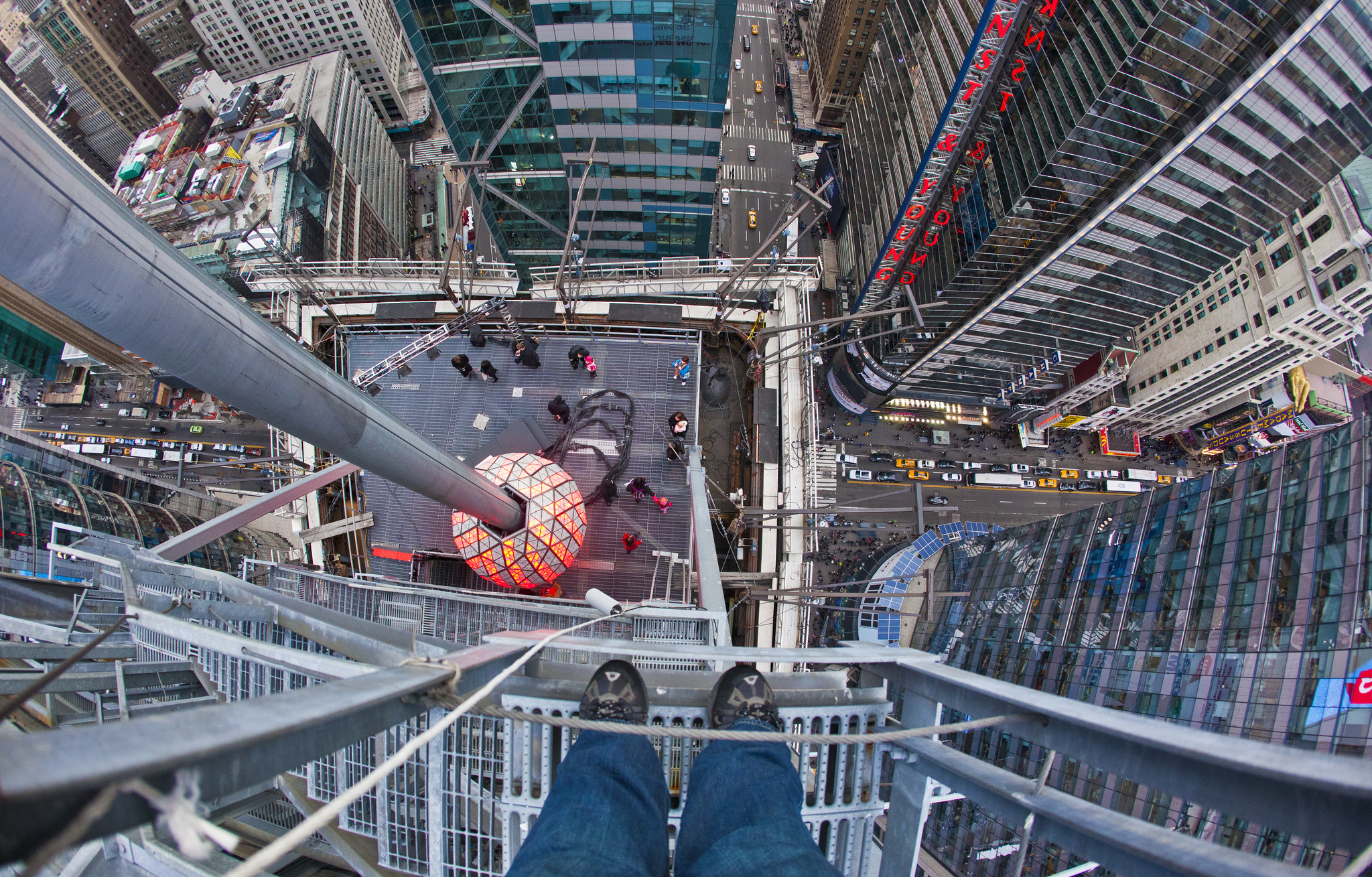 We would be remiss if we didn't include the iconic Times Square celebration and ball drop that occurs annually in New York City on New Year's Eve. Millions of locals and tourists alike cram together in the vibrant commercial district for the countdown watched by the world, and the excess of confetti let loose at midnight.

For a luxury stay in a boutique hotel right near all of the action, check in at the Casablanca Hotel. You'll have access to a truly coveted space - at 11:45 p.m. the Casablanca staff gathers guests and heads to the hotel's exclusive rooftop, which affords a perfect view of the 12 o'clock ball drop - without the immense crowds.