The Best Places to See the Leaves Change This Year

Seeing the leaves change from bright yellow to burnt orange and warm reds not only signifies the changing of the seasons, but brings with it the anticipation of pumpkins, football, and sweater weather. Planning a leaf peeping excursion is a must-do for any autumn fans, but it can be tricky to get the timing just right. That's why we've done the research for you. From Washington State to the Green Mountains in the heart of Vermont, here are the best places to take in the changing leaves this year. 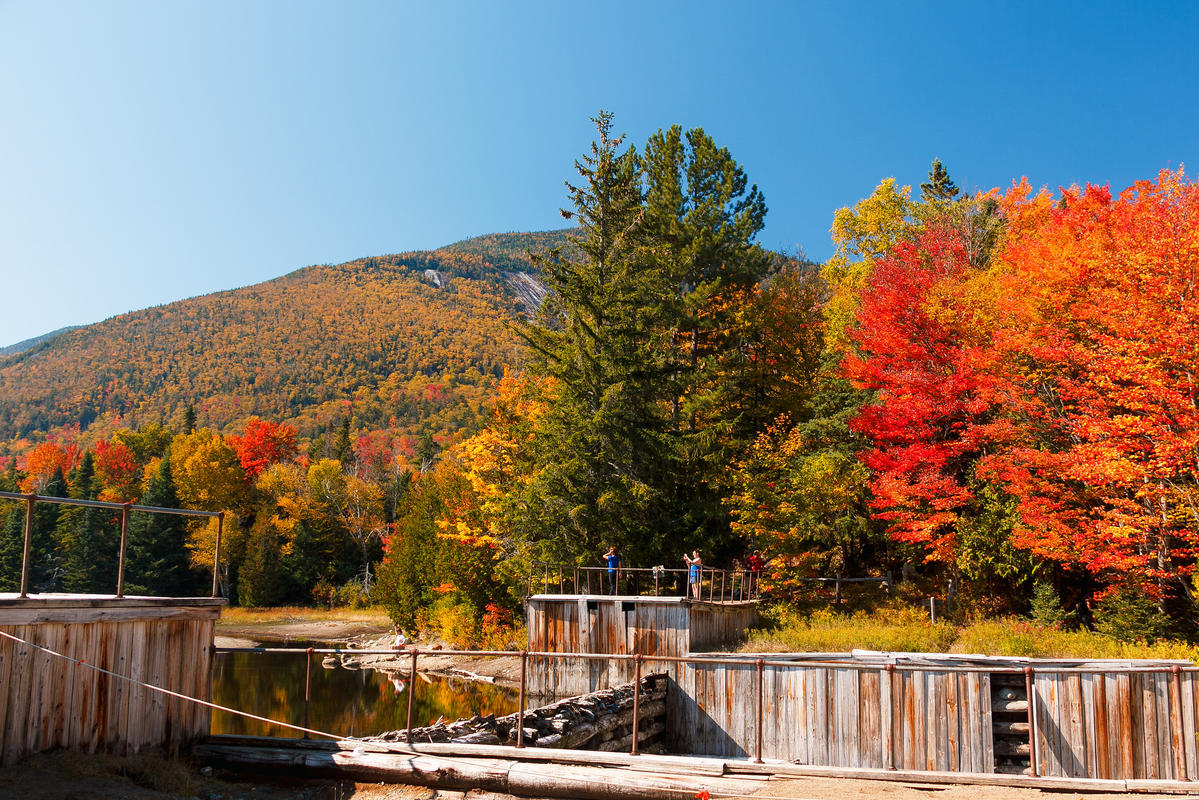 When to go: Early October

The beeches, birches, and maple trees of the Adirondacks put on quite the show every year, but the reflection in the waters of Lake Placid is truly a sight to behold. The Adirondacks tourism board provides a fall foliage meter for peak colors, but out-of-town guests can just as easily time their arrival to the Flaming Leaves Festival at the Olympic Jumping Complex. This year’s event promises an impressive lineup of blues musicians, plenty of local brews, and a chair lift ride with the perfect vantage point for taking in the colors across the mountains. 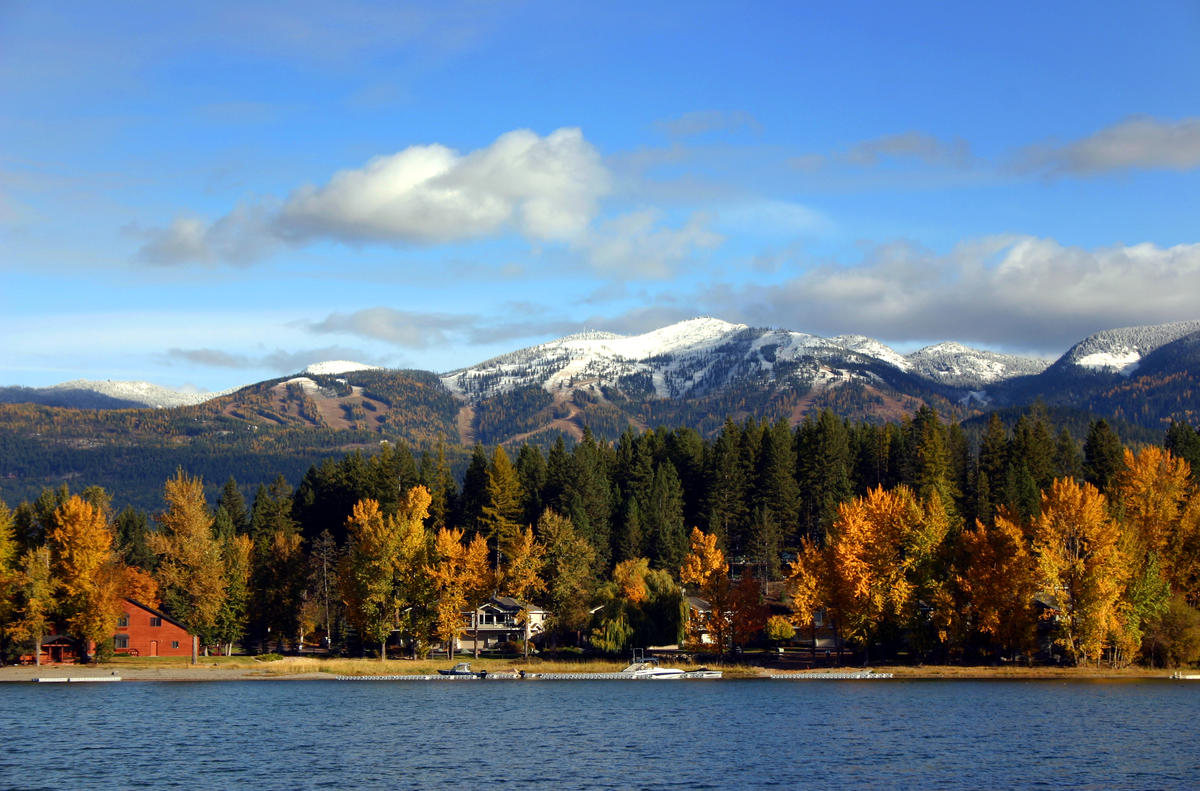 The gold aspen and tamarack trees are nothing short of spectacular in Whitefish, Montana. In fact, they’re so spectacular, the Today Show named Whitefish one of the best fall destinations in the country. Aside from beautiful views and plenty of outdoor recreation, fall visitors are more likely to score resort deals in between peak seasons, so you’ll feel like you have the wide open spaces of Montana to yourself. 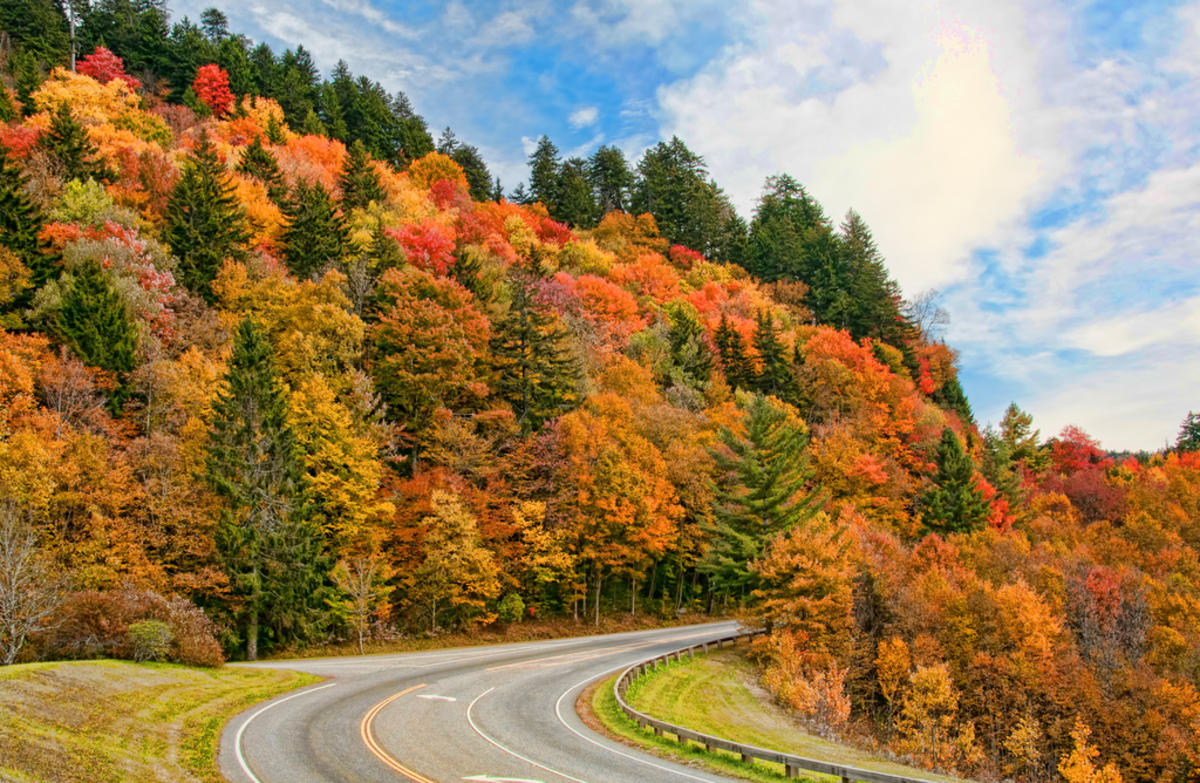 When to go: Mid-September through early November

Tennessee’s Great Smoky Mountains boast more than 100 species of trees, which translates to one of the longest-running fall foliage seasons in the country. The winning combination all comes down to altitude. Trees at higher elevation (where it’s cooler) begin to turn in mid-September. The color slowly trickles down so that by mid-October the mountains seem to be on fire in hues of bright oranges, rich golds, and deep reds. While fall visitors are virtually guaranteed a show no matter when they arrive, a cabin or resort manager can point out the best areas to head any specific weekend. 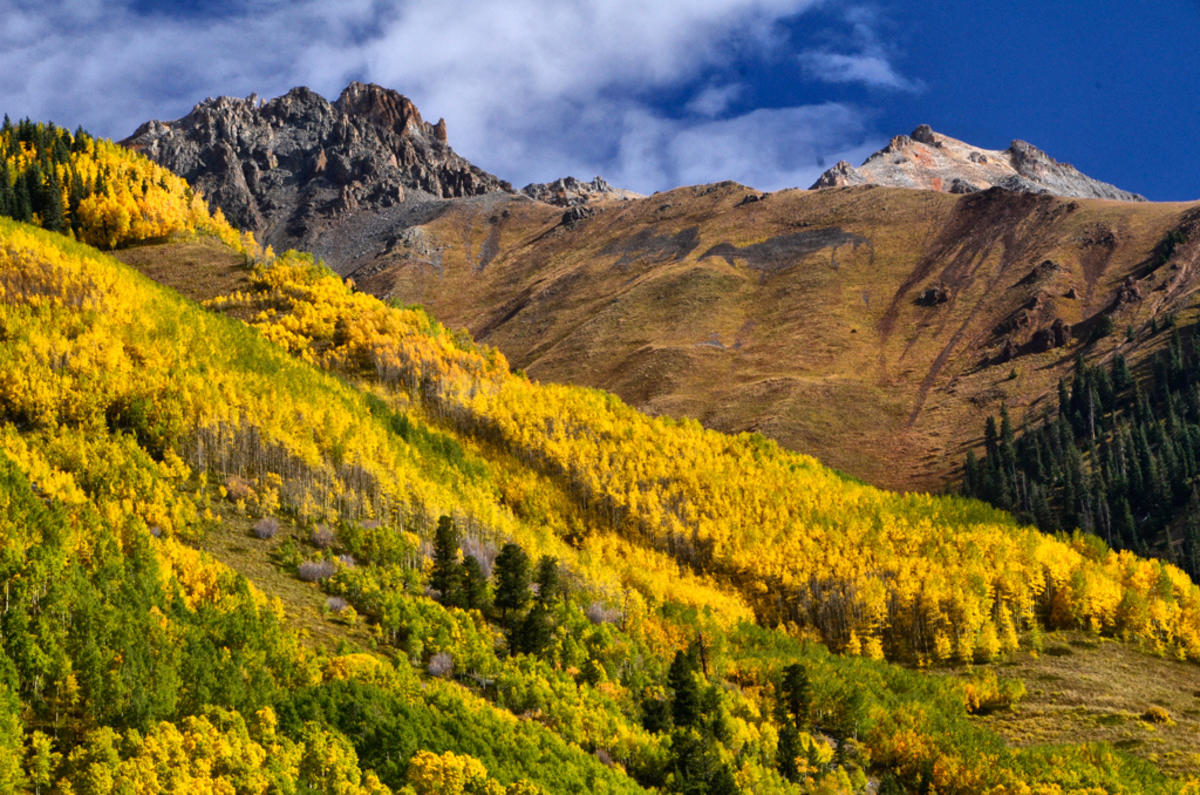 Good luck spotting a hint of red or orange here. Kebler Pass is home to the largest aspen groves not just in North America, but in the entire world. Situated within Gunnison County, Kebler Pass is usually covered in an electrifying array of yellow hues by late September. It’s one of the most famous drives in the state — and the hiking trails aren’t too shabby either. 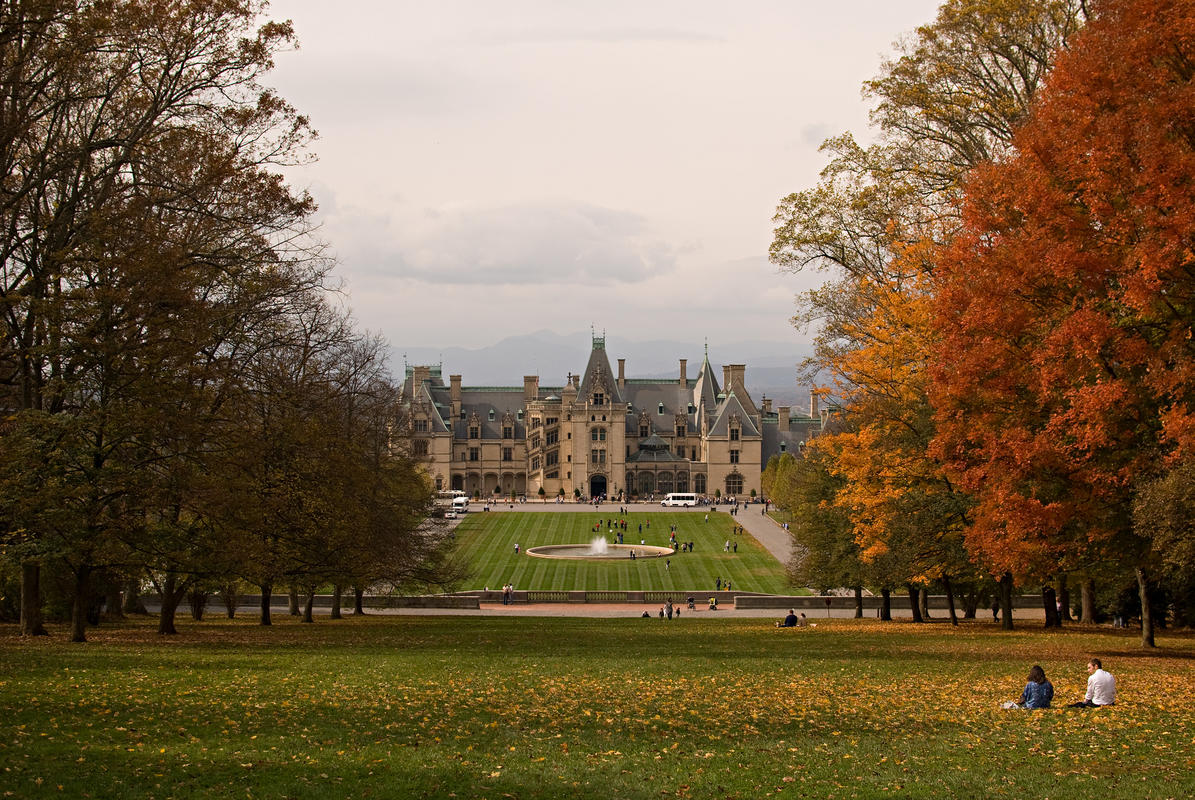 When to go: Late October

Keep the camera ready around Asheville. Surrounded by the Blue Ridge Mountains and nicknamed the "Land of Waterfalls," this corner of North Carolina is a favorite amongst craft brew drinkers, outdoor enthusiasts, and even railroad moguls. Once home to Vanderbilt himself, Asheville is also one of the best under-the-radar locations to enjoy the fall foliage. Eager explorers will quickly find there’s more than one way to take in the colors. Visitors can tour the national parks and forests, take a spin along the Blue Ridge Parkway (one of the prettiest in the Southeast), and stroll the grounds of Vanderbilt’s humble abode, Biltmore Estate. 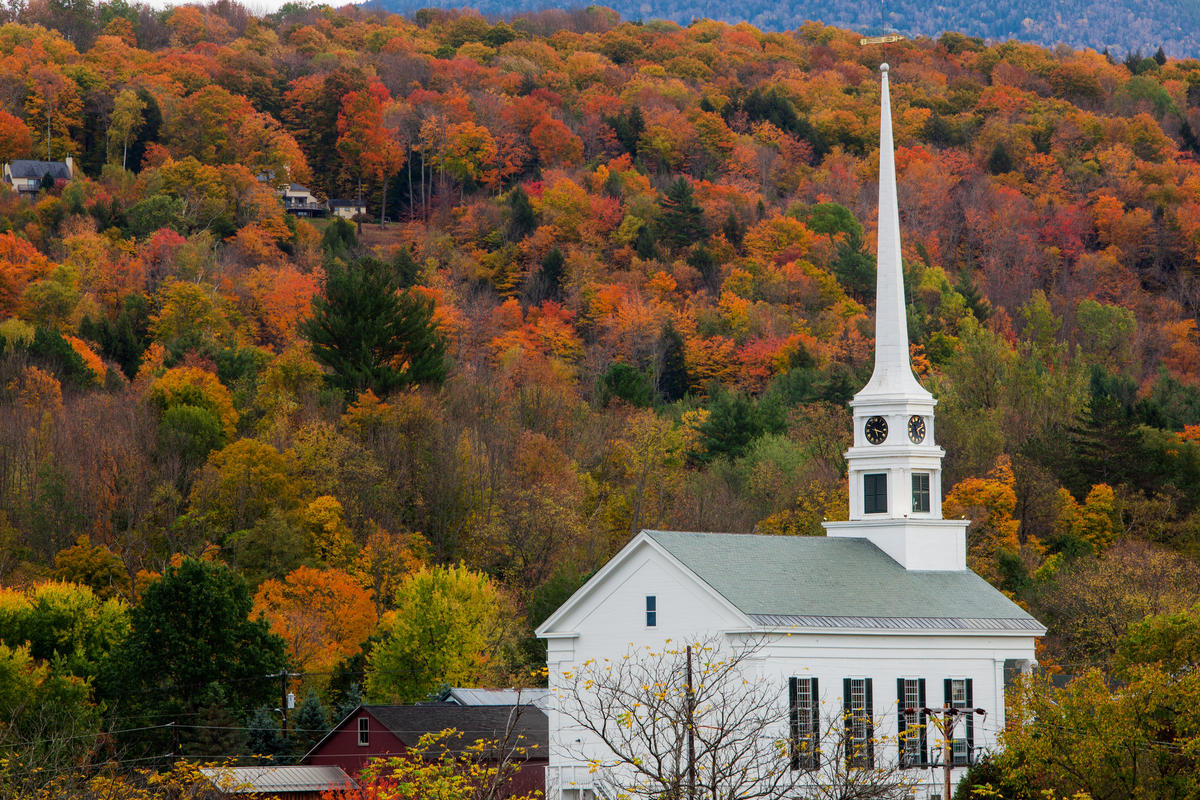 Thousands of New Englanders descend upon the Green Mountain National Forest each year for a chance to view the signature maples in all their crimson, gold, and orange glory. Those in the know make their base camp in a little town called Stowe, which is opportunely positioned between the Green Mountains and the Worcester Mountains. The colors stick around until mid-October, but for the complete experience, book a stay at the Trapp Family Lodge (yes, the ones that inspired The Sound of Music) and reserve a spot on one of the exclusive fall foliage boat trips. 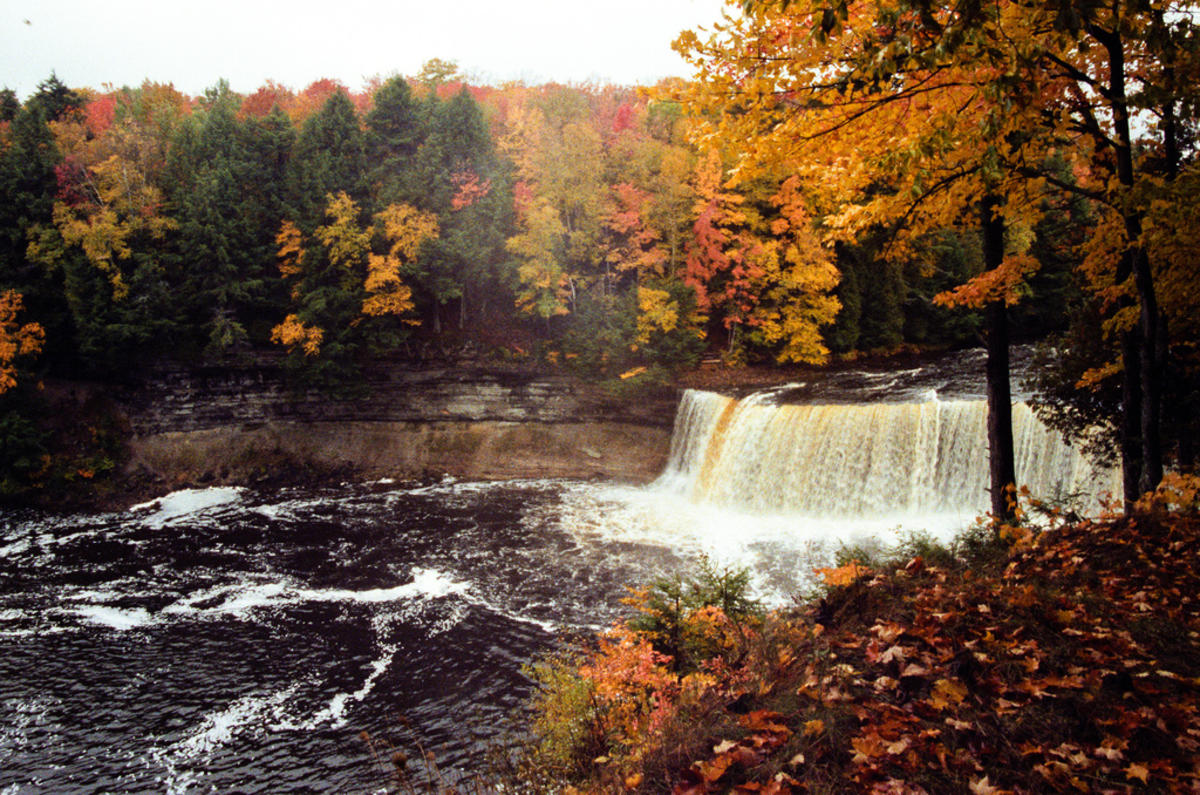 When to go: Early October

The hardwood trees and blue skies of the Upper Peninsula are Michigan’s star attractions in the fall. Rather than focus on one area, plan a road trip from one state park to the next along the shores of Lake Superior. Beginning in the Black River Harbor area, you can easily route your way toward the tip of the peninsula at Copper Harbor before turning around and heading back down the hand. Each county has a full fall color report, so plan accordingly and remember to keep your camera charged. 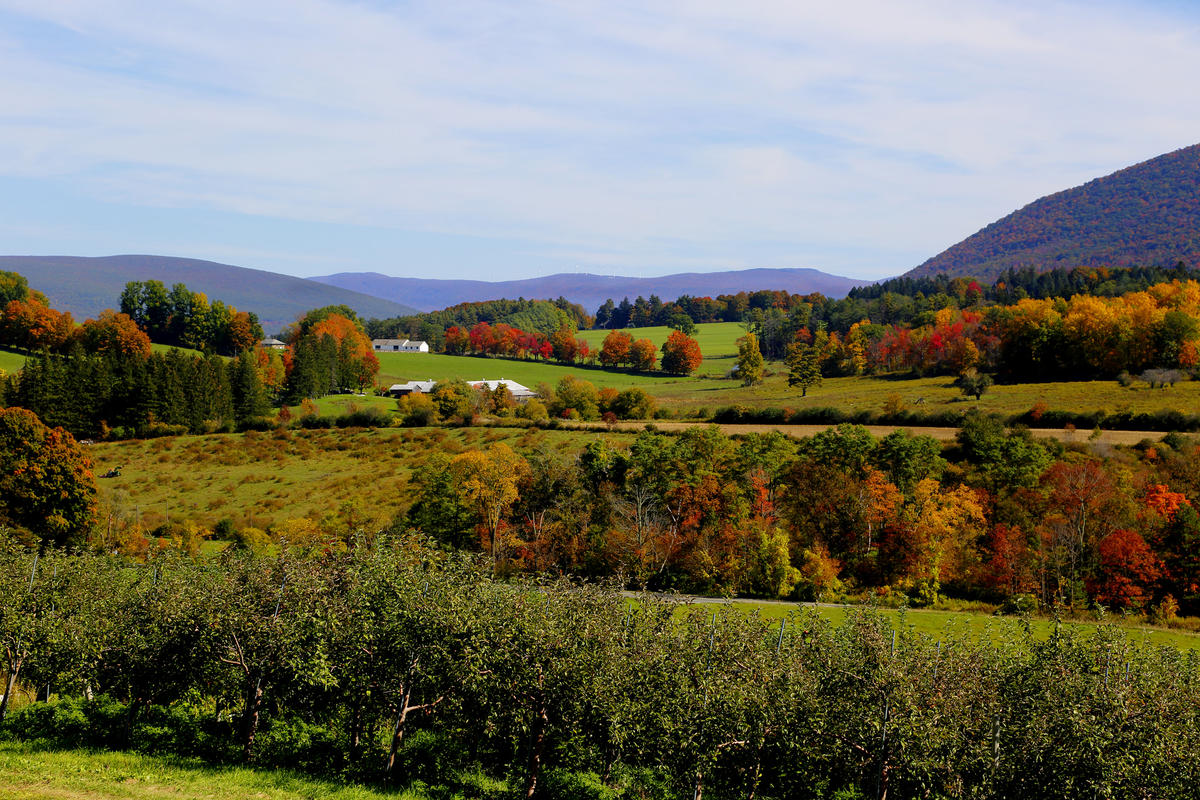 The Berkshires is known as a playground for New England’s millionaires, but spa retreats play second fiddle when the famous Northeast colors take over. Mansion resorts and quaint inns roll out a slew of deals for visitors, making your New England getaway even sweeter. Add in the cute museums, amazing wineries, and stunning hikes and it’s safe to say you won’t be bored in this cozy corner of the country. 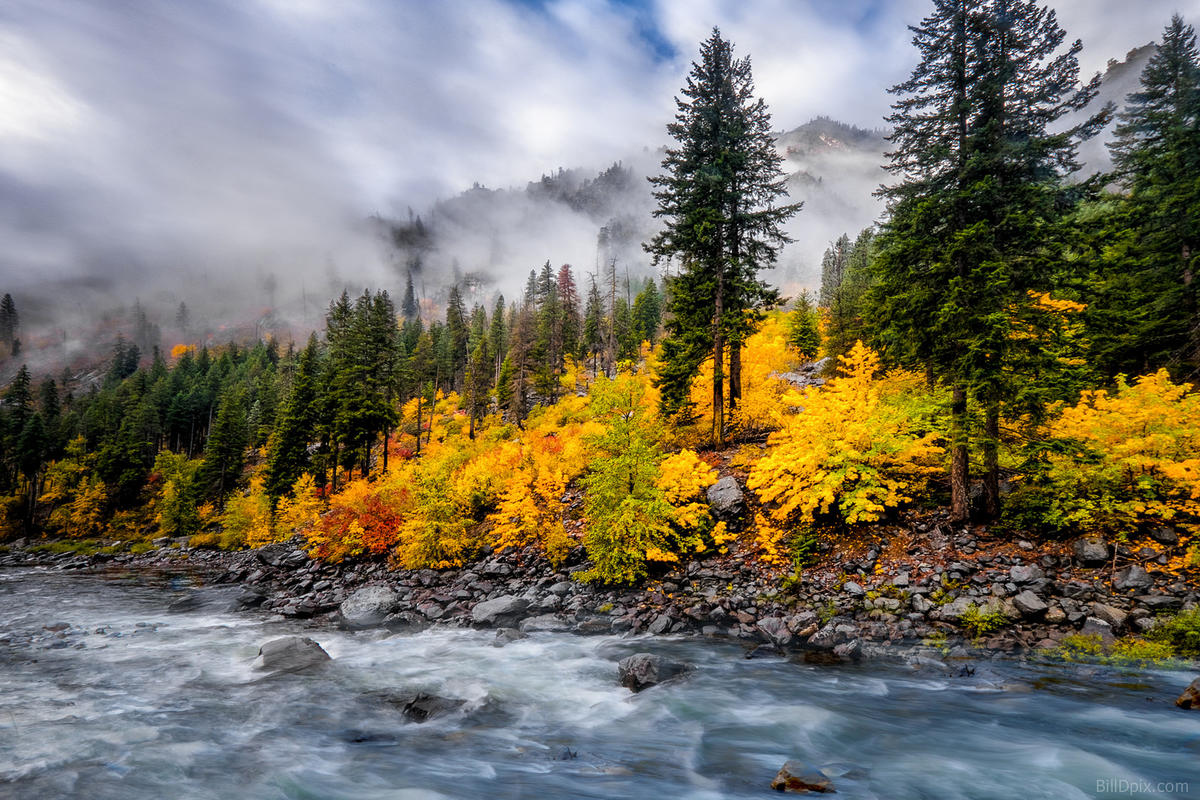 Most people look to the Northeast for fall colors, but the Pacific Northwest is more than worthy of exploring as well. Relatively unknown to anyone beside locals, Leavenworth, Washington is surrounded on all sides by the Cascades. Those mountains appear to be draped in gold by late September, just in time for one of the state’s oldest Autumn Leaf Festivals. The town is in the middle of wine country, has a penchant for Bavarian customs and cuisine (Oktoberfest is celebrated year-round here), and has a strong attachment to the outdoors. Anyone who's been to Leavenworth agrees it’s equal parts charming and quirky — ideal for a memorable autumn escape.

Sandy Springs is the Fall Destination of Your Dreams