As kids, we imagined ourselves fighting crime with guns and tuxedos like James Bond. Living on the edge is a common childhood fantasy but what if we could fulfill it by jumping from spectacular heights without fear of our own demise? Live dangerously by visiting the world's hottest spots to drop at the best places to bungee. 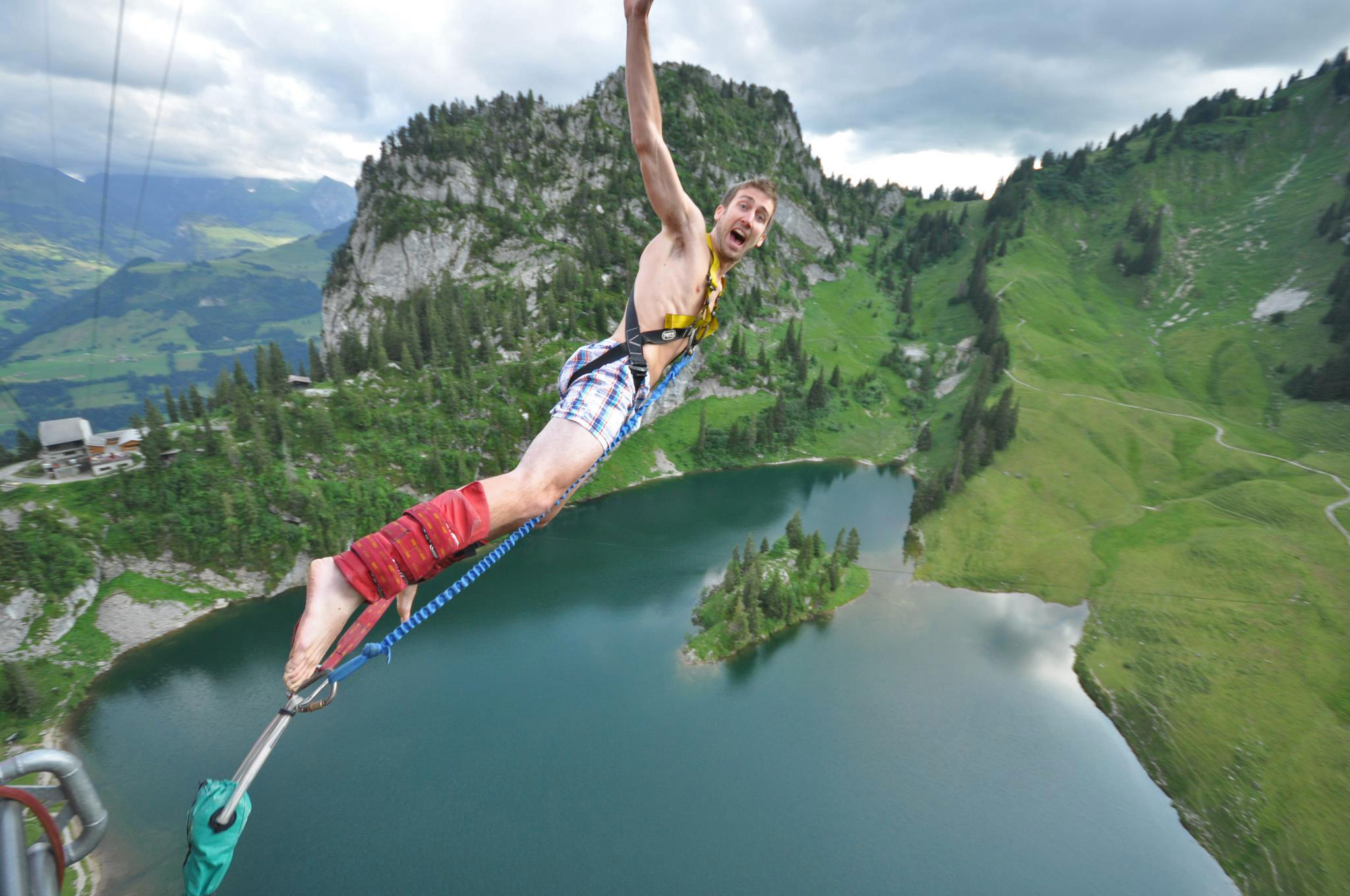 Jet over to Ticino, Switzerland for a literal double oh seven dive of 724 feet. Made famous by Mr. Bond himself, replicate his dive from the Verzasca dam in Ticino in the film Goldeneye. One of the highest jumps in the world, bungee jumping at Verzasca dam is a stunt to remember and will make for an action-packed story on the return home.

Idahoans argue their state is home to the best base jumping in the world housing the highest suspension bridge. Bungee jump with Over the Edge, Inc. experience a freefall which is said to be better than falling from a helicopter.

Plunge into 'no man's land,' a 341 foot drop into one of the wonder's of the world known as Victoria Falls Bridge. The falls are located between the African borders of Zimbabwe and Zambia were named after Queen Victoria, and known to native Kololo tribes in the 18th century as Mosi-oa-Tunya, meaning 'the smoke that thunders' because the spray they generate can be seen for miles around.

Head to Edmonton, Alberta to bungee 106 feet in West Edmonton Mall, the world's largest mall. Those brave enough to take the plunge will jump in the 5-acre World Waterpark from a tower above. The mall in itself is 5.3 million square feet which leaves plenty of shopping for when you dry off.

Freefall with Ultimate Bungy in Nepal over a tropical gorge in the Himalayas. The jump is 500 feet with the take-off point located precariously on a suspension bridge which can hold up to 4.5 tons. Bhote Kosi, a fierce river flowing beneath the bridge, makes the jump that much more unforgettable and adrenaline-rushing.

Take flight on the Bungee Bullet located in the sunshine state of Australia known as Queensland. Bungee jumpers literally become human sling shots by sitting in a contraption which shoots them 164 feet into the air giving you a truly exhilarating experience that leaves your heart pumping right out of your chest.

4 Ways to Beat the Winter Blues in Ontario