Mosques come in all shapes and sizes that vary between regions and sects. Some conform to local styles, whereas others break the mold by meeting only the bare minimum of religious requirements. Many traditional mosques in Muslim communities are distinguished by a dome and minarets — the towers from where the call to prayer is issued. However, designs change depending on the architect's vision or the community's needs, and mosques need only have a mihrab — or a prayer niche facing Mecca — in order to serve their function. Therefore, there is plenty of room for creativity in the building's design. While more traditional mosques such as the Blue Mosque in Istanbul and the Great Mosque of Damascus, Syria have attracted visitors for years, many contemporary mosques springing up internationally are worth a look.

They can't boast the ancient history of their predecessors, but they exemplify the ongoing visual traditions of mosque architecture while appealing to increasingly international communities. 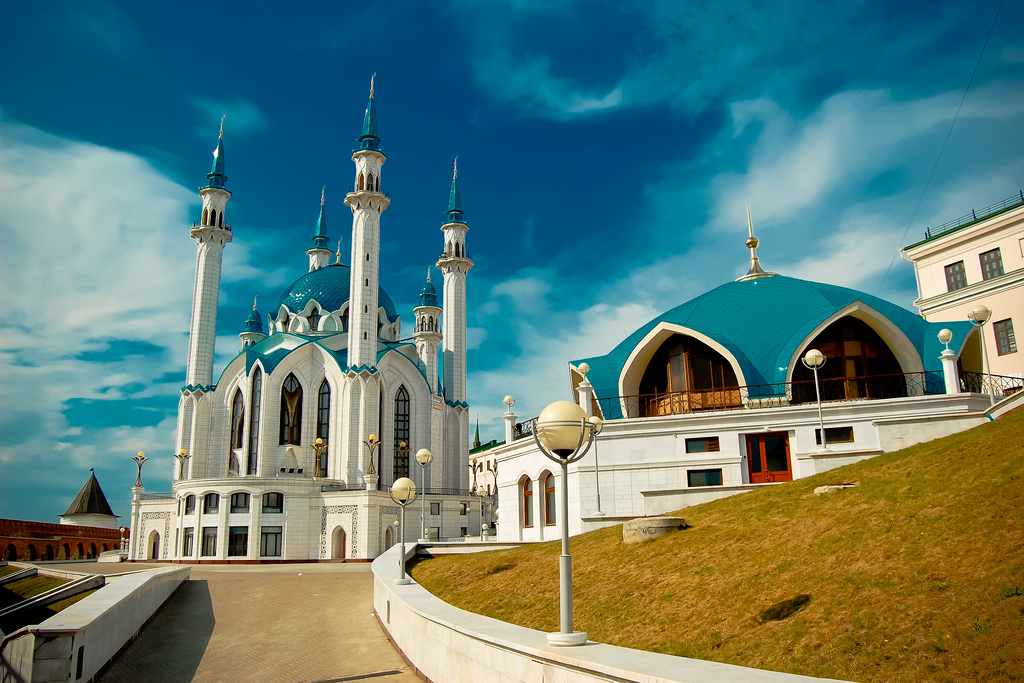 The origins of this mosque in Kazan, Russia date back to the 16th century. The current building was inaugurated in 2005 and is decisively more modern, while still making architectural references to its predecessor, which was destroyed by Ivan the Terrible in 1552. While the exact design of the original building is unknown, it is thought to have featured minarets in the forms of both cupolas and tents, and possibly served as inspiration to Saint Basil's Cathedral in Moscow, which is otherwise an unusual example of Russian architecture. A prominent focal point of the city, the mosque reveres tradition, featuring four prominent minarets as well as a dome and several small cupolas. However, it is not stuck in the past; the dome-shaped administrative building that flanks the prayer hall gives it an edge. Today Qolsharif is the largest mosque in Europe outside of Istanbul, and largely functions as a museum of Islamic culture. 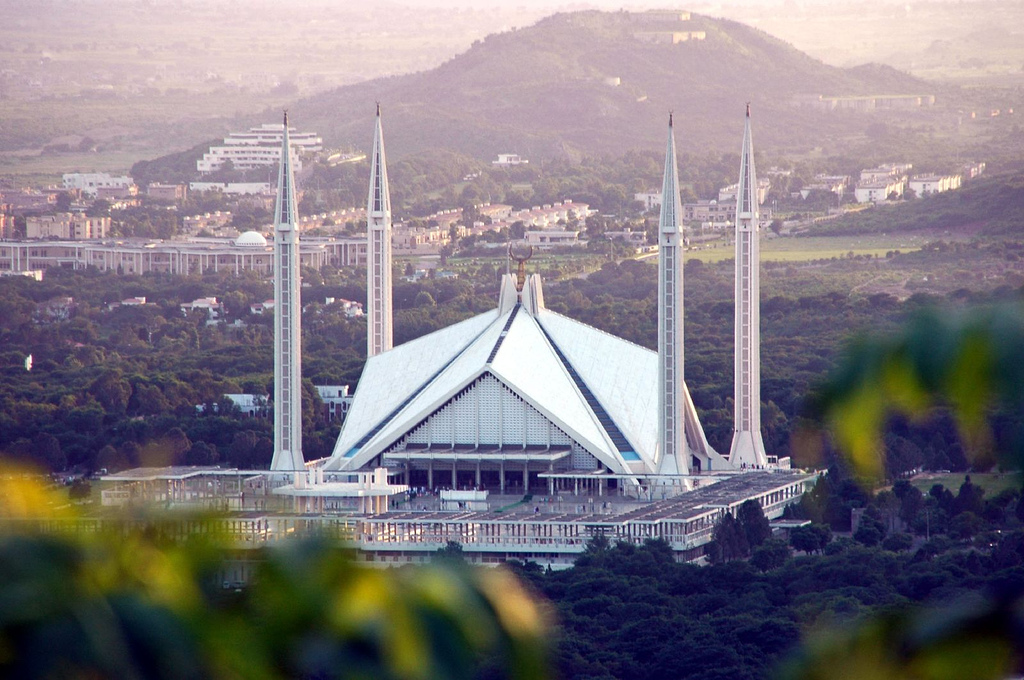 The Faisal Mosque is the largest mosque in Pakistan and among the largest in the world. Located in the nation's capital Islamabad, the mosque was designed by Turkish architect Vedat Dalokay. The design of the mosque makes explicit references to Ottoman mosque architecture, while the building's angularity also resembles a desert Bedouin's tent. This mosque doesn't have the trademark dome that distinguishes many of its predecessors, but what it lacks in tradition it makes up for in edge. Dominating the city skyline, it beckons to be admired both outside and in. Its prayer hall can accommodate 10,000 worshippers, while many thousands more can fit into the surrounding courtyard, porticoes, and grounds. Its spacious interior is striking and yet simple--an ode to the light-filled interior of great Ottoman masterpieces such as the Suleymaniye and Selimiye Mosques. 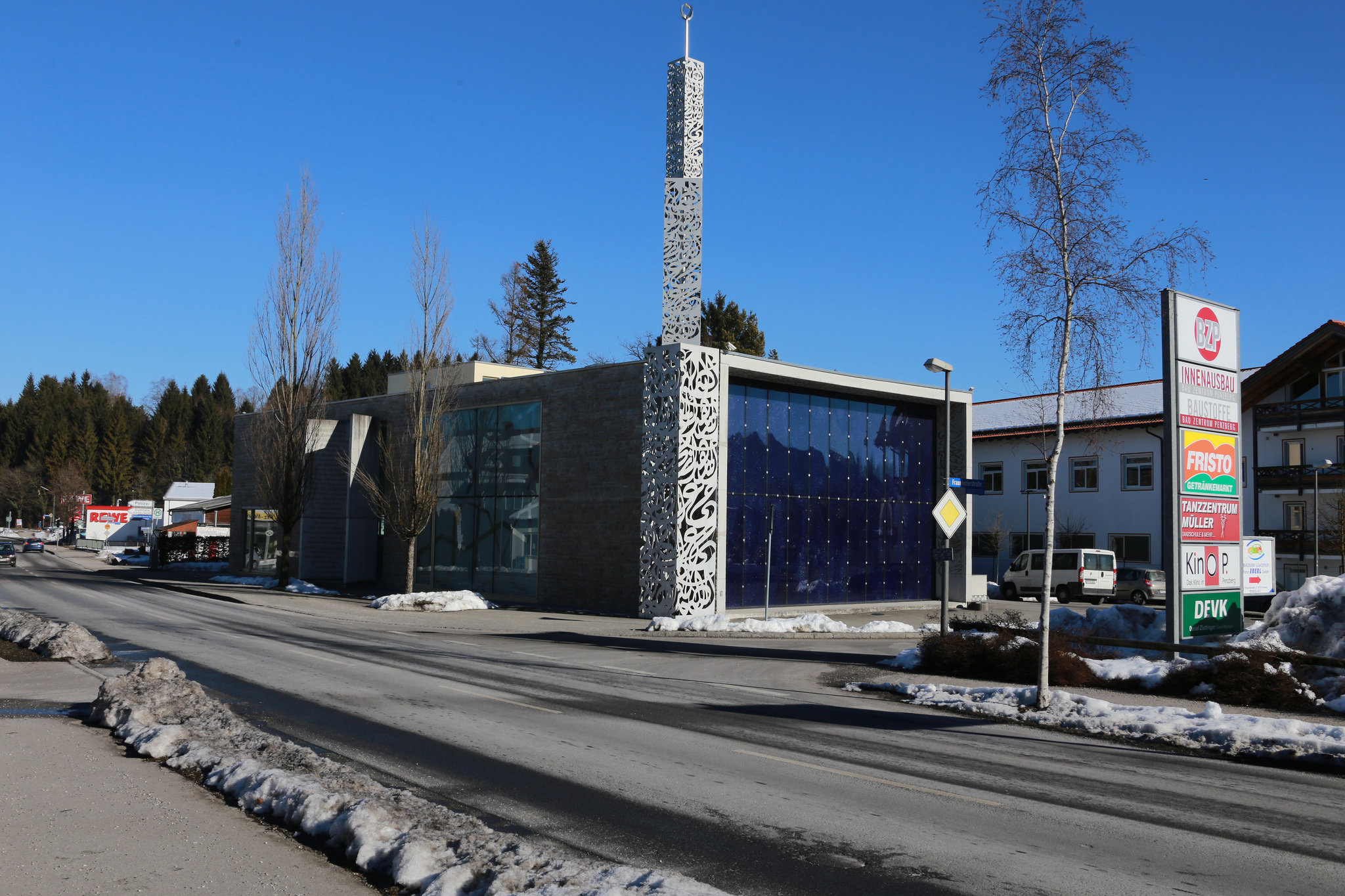 The Islamic Forum mosque in Penzberg, Germany, inaugurated in 2005, won the prestigious Wessobrunner Architekturpreis award given for best Bavarian architecture just once every five years. The simple L-shaped layout houses a prayer hall as well as administrative offices, allowing the building to fulfill both its spiritual and logistic needs in a practical manner. While the layout of the dome-less mosque may be simple, the building makes a statement-- the Qibla wall, or the wall facing Mecca, is made of ornamented blue glass, giving the room a sense of openness but also striking beauty. The lacey looking minaret is made of steel Arabic letters spelling, piled into blocks and reaching to the sky. The building's entrance resembles the open pages of a book and welcomes visitors inside in German and Arabic script, which gives the center of worship and learning a sense of accessibility and openness. 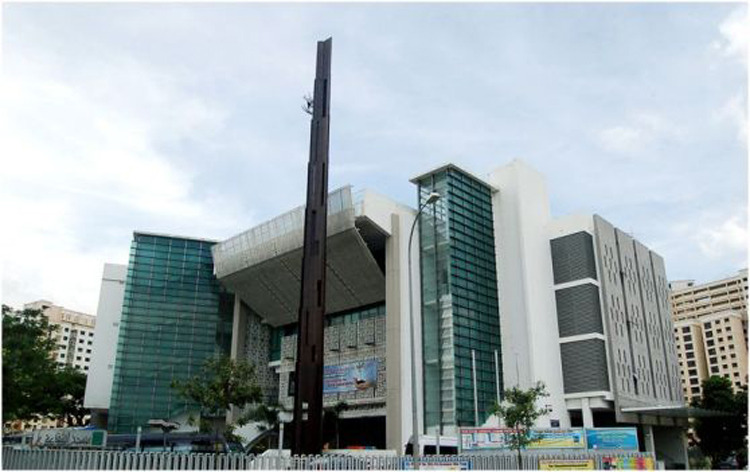 The exterior of the dome-less Assyafaah Mosque in Singapore looks little like the mosques of old, but the interior is tailored to tradition -- with a twist. The architects used materials such as concrete and aluminum to achieve its contemporary appearance, while screens of arabesques-style shapes adorn the windows and tie the mosque to typical decoration schemes of the past. Rusted metal plates form the mosque's lone minaret, giving it a decisively industrial feel. The architects envisioned a building that would be inviting to both Muslims and non-Muslims, and would thereby dissolve boundaries between religion and race--especially important in Singapore, which is densely crowded and highly diverse. They strove to avoid the alienating effect that austere architectural traditions might have in a modern city, and instead created a building that seems more neutral and welcome newcomers. The mosque that resulted from this idealist vision was completed in 2004. 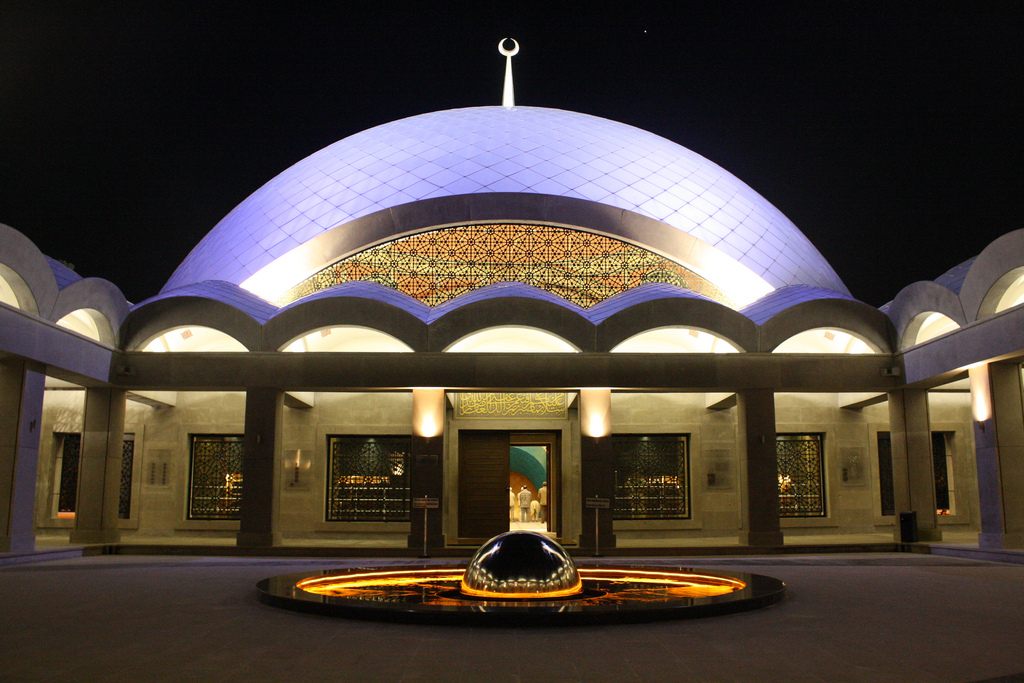 Opened in 2009, Istanbul's Sakirin Mosque is the first mosque whose interior was designed by a woman. Both outside an in, the mosque makes repeated references to traditional Ottoman mosque architecture through its reinterpretation of the dome, its plentiful natural lighting, and its spacious, square prayer hall. One of the mosque's focal points is the large chandelier that hangs beneath the 130-foot diameter dome. The chandelier is made of plexiglass raindrops, which symbolize Allah's light falling upon the faithful like rain. The mosque not only breaks tradition with its design team, but with its material as well. Straying far from tradition, architects used aluminum for the dome and an intricate combination of glass and iron on the sides.

A note on Mosque-appropriate attire:

While mosques welcome visitors of many faiths, please be respectful of Muslim customs. Before entering a holy building, women should cover their hair, and both men and women must remove their shoes. Make sure you wear appropriate clothing -- shoulders and legs should be covered. While you may be allowed to wear shorts or a skirt above the knee inside the mosque, visitors are preferred to wear a long skirt or pants.