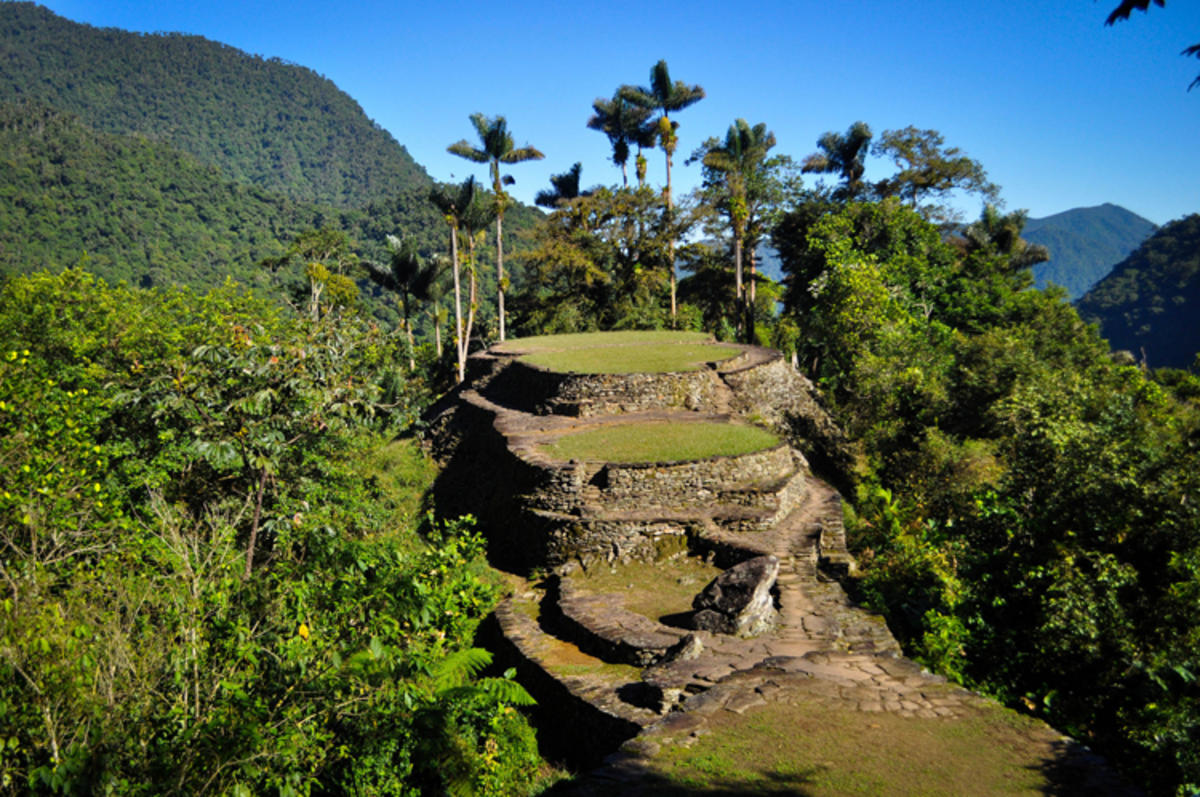 When it comes to South America and exploring mysterious ruins, Machu Picchu is the one you always hear about. Yet, over recent years, it is actually Colombia which is becoming the interest for a vivid and cultural adventure.


The "New Machu Picchu" as it is dubbed by travelers, is near South America's oldest surviving city, Santa Marta. The trek consists of crossing high rivers via rope, meeting local indigenous families, and climbing muddy inclines. You'll be thrown deep into the Sierra Nevada jungle, a place where heavy down pours are followed by sweltering dry heat. This adventure is known as La Ciudad Perdida, The Lost City. 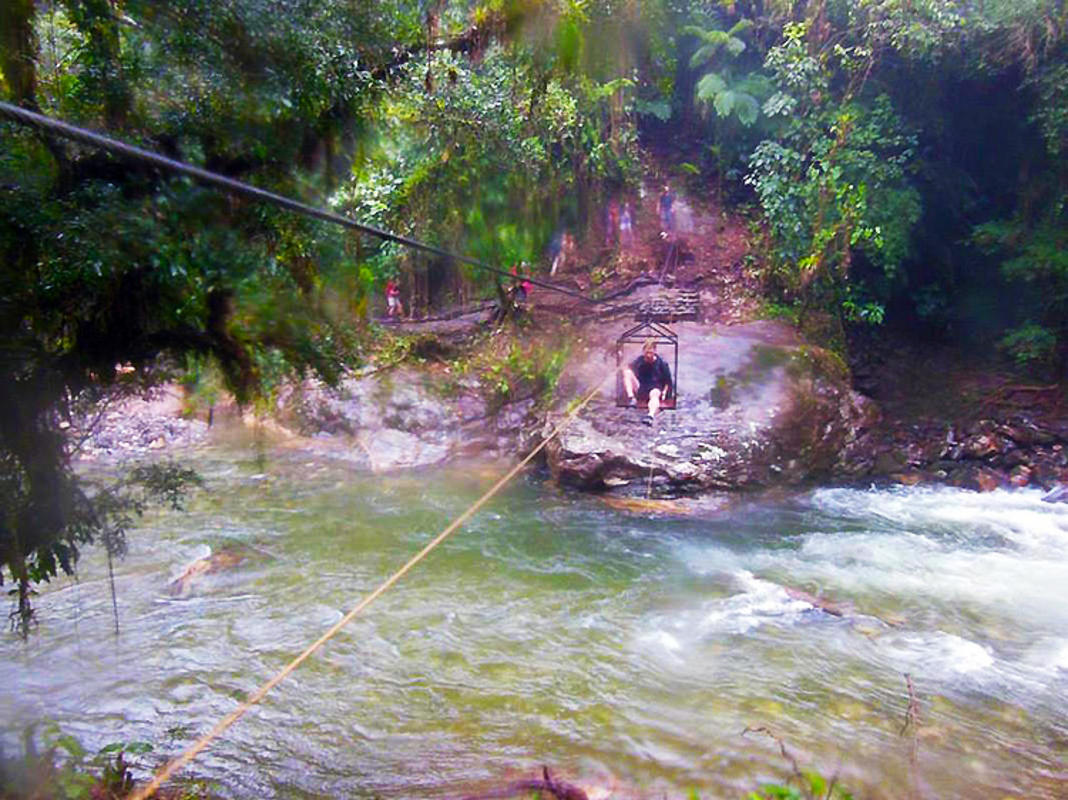 The trek itself is 27 miles there and back and is considered moderate to difficult (For reference, the Inca Trail is 26 miles). Many say that the actual hike is the best part of this adventure here, and I'd tend to agree. Soon after heading through the jungle, you'll reach steep inclines. If it rains, these inclines become very slippery. Its fair to say you will get muddy. If it's not the vaulting up, it's the powering down that may get you. Hard stones are your friends, use them wisely unless you want to play a game of stick in the mud with your fellow trekkers. Crossing rivers is also a mandatory part of the trip, most with ropes you can tip toe across. The highlight is a one-man, Lara Croft-like contraption where you'll be pulled to the other side in a bird cage. Awesome

Along the route, you'll come to face to face with local indigenous tribes living in the area. You'll see incredibly crafted huts deep in the woods you'd never know existed. The children will be curious and inquisitive and it is possible to take pictures with them as long as the family approves. If you really want to delight them, get a game of soccer going deep in the mud. The interaction is what matters and you won't care about getting a bit dirty. 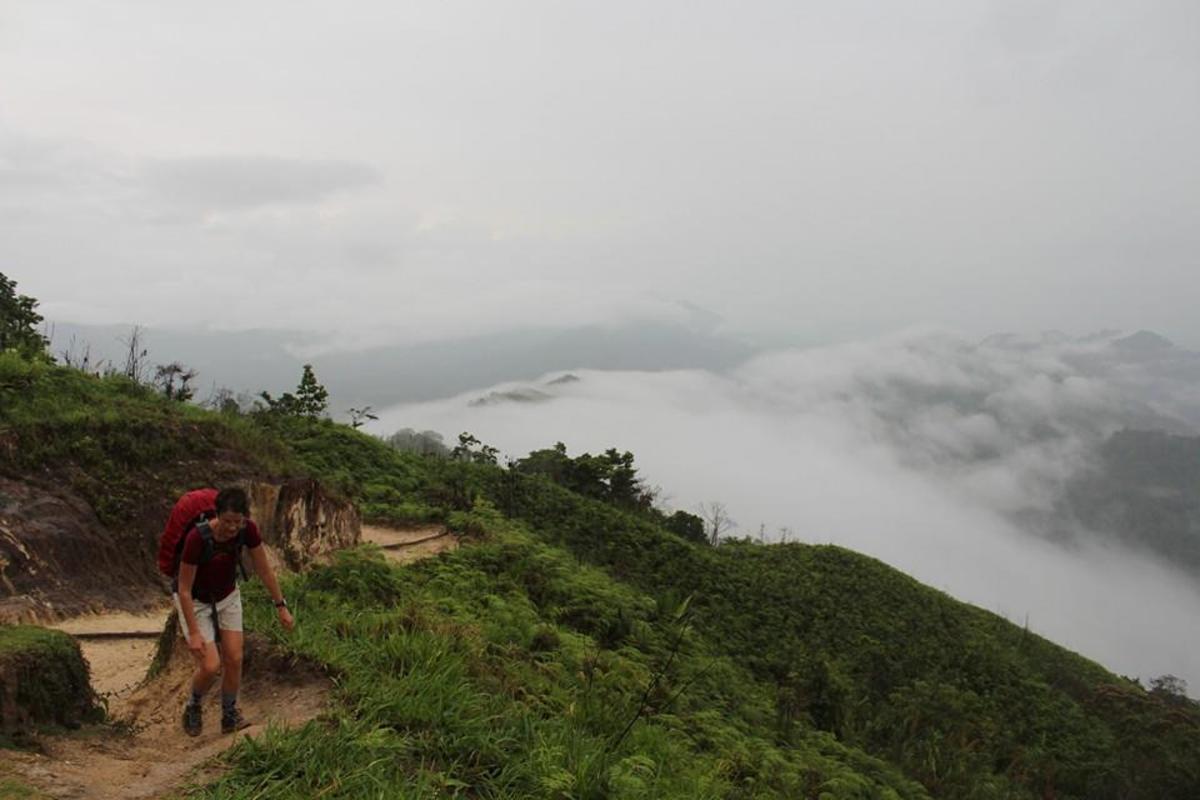 Decades of violent drug cartels, left-wing guerrilla groups, and the corrupt government made travel to Colombia dangerous, but in the past 10-12 years, the country has dramatically cleaned up it's act and become a popular vacation destination. These ruins were discovered back in 1972 by the residents, but local tribes knew of their existence for years. They are thought to have housed between 4,000 and 10,000 of the Tairona people and date back 800 AD - 600 years BEFORE Machu Picchu. Along with the arrival of the Spanish Conquest, disease and war slowly wiped out the ancient civilization. 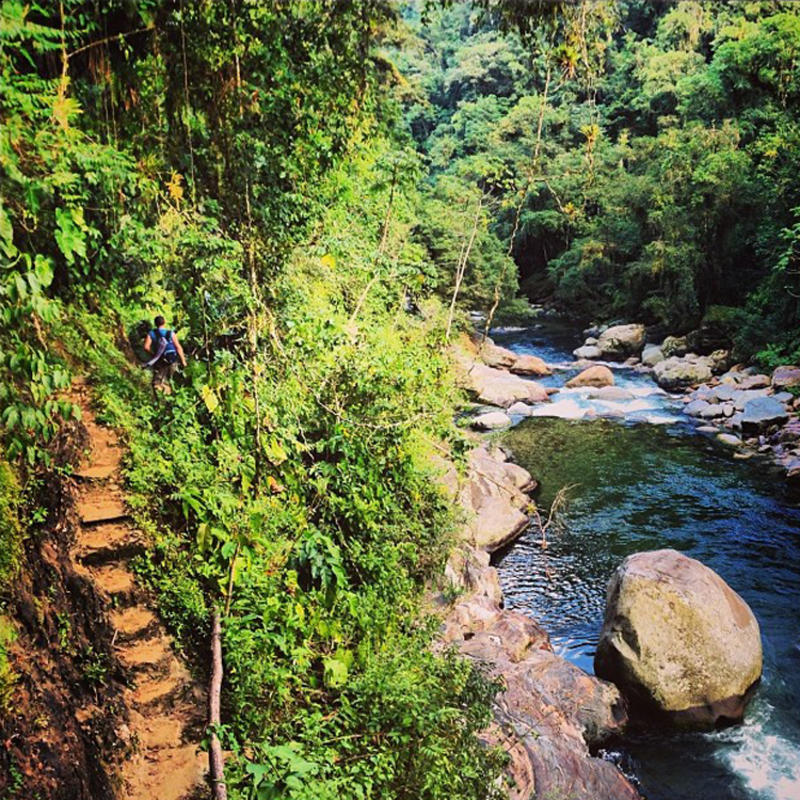 You'll begin the hike near Santa Marta, where almost all of the tours are arranged from. Weather permitting, they leave every few days. The price is the about same, but you can tackle the distance in four, five, or six days. You'll trek between 3 - 8 hours a day depending how long your trip is for. The only time you'll be in a vehicle is getting to the starting point in the small town of Machete. All trips include food and accommodation and cost about 300 USD. Make sure you select a tour guide that speaks solely in English as most will be primarily in Spanish. Pack plenty of water, warm and light clothes, and appropriate hiking boots.

6 Reasons to Take a Coffee Tour in Colombia