Experience the Ultimate Culinary Adventure at these Chef-Owned Hotels

One of the sure signs of a high-end hotel is the presence of the celebrity chef-owned restaurant. It's a guaranteed draw for a discerning culinary crowd, with the property attracting both visitors and locals. Famed chefs like Gordon Ramsey, nevertheless, are taking the hotel restaurant concept to the next level. At properties such as London's York & Albany and Charlie Palmer's Mystic Hotel in San Francisco, they're not just the forces behind the culinary offerings, they own the entire properties and can control the overall guest experience.

Looking for your next culinary adventure? Here are six of the very best chef-owned hotels, perfect for the discerning foodie in your life. 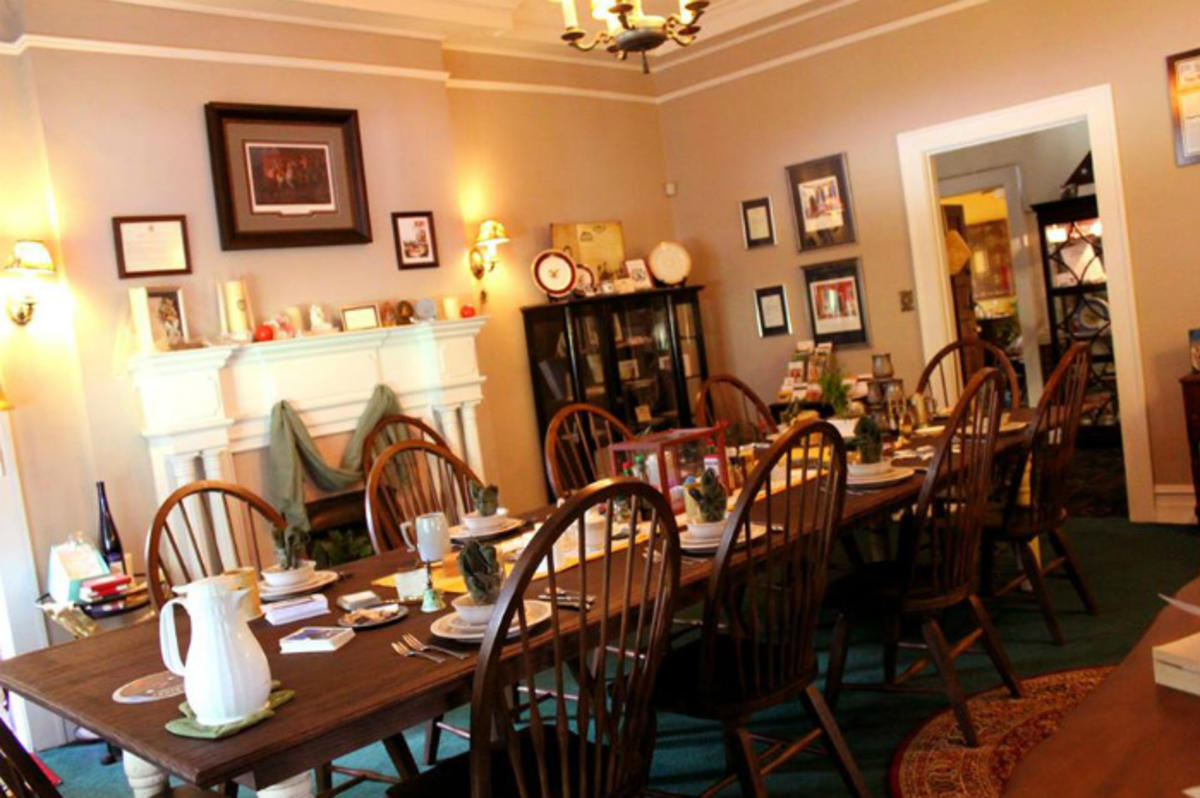 The Inn of the Patriots Bed and Breakfast Hotel - Grover, NC

Who: Martin Mongiello, owner of The Inn of the Patriots Bed and Breakfast Hotel with his wife Stormy, was the executive chef at the White House under the Clinton administration. He specializes in classic American cuisine and is a culinary historian.

What to Expect: The historic property is located in Grover, N.C., and was named after 22nd and 24th Commander in Chief, Grover Cleveland. There is a Presidential Culinary Museum on the premises, which is part of the experience, showcasing the First Family's china along with memorabilia from the National Archives of five former presidents. As part of the package, guests get an elaborate daily six-course breakfast.

Insider Tips: B&B guests may drive 12 minutes to dine at Ni Fen Bistro, which is also owned by the Mongiello family. There are also a number of cooking classes, which are extremely popular, at the inn. Complimentary wine tastings, cider tastings, fresh fruit, and sweets are included in the package to make you feel like a real VIP. 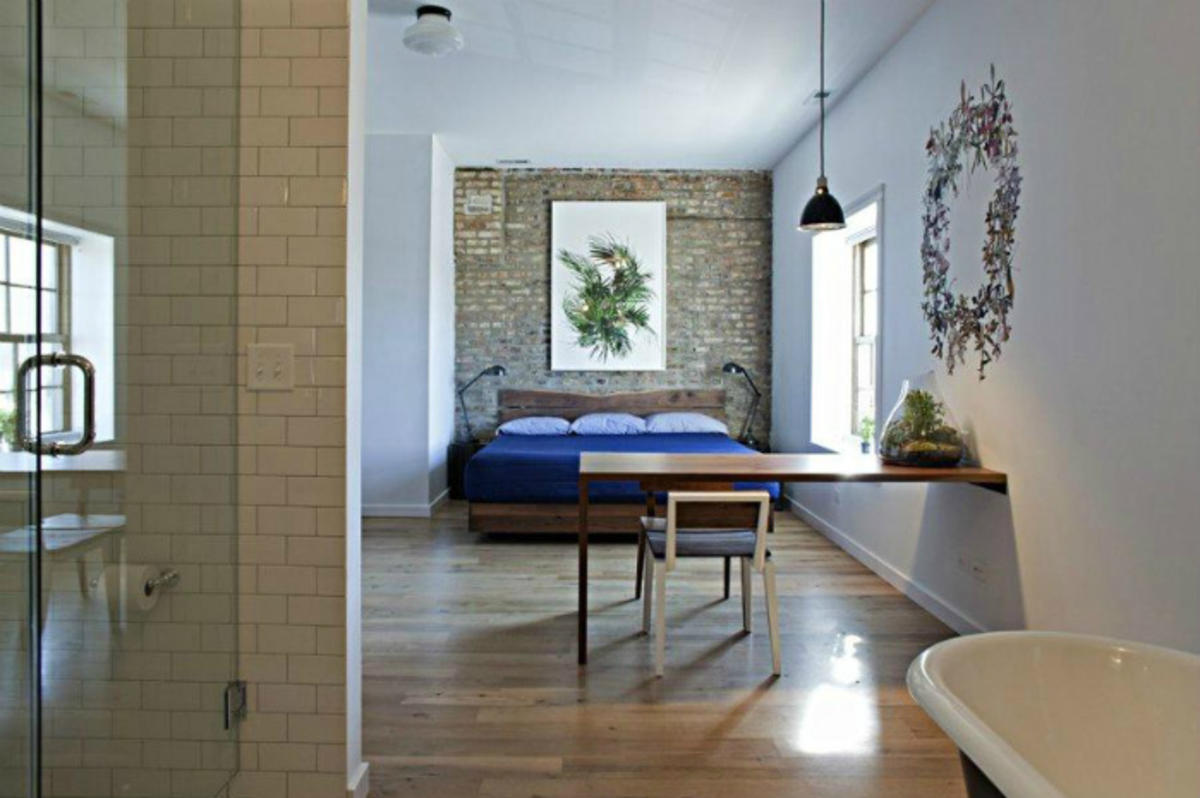 Who: Jared Wentworth's Longman & Eagle has maintained its Michelin star since 2011. He's no longer the day-to-day chef, but under his leadership, the restaurant has received massive nods of approval from the likes of Esquire, GQ and countless others. He specializes in globally inspired cuisine with an emphasis on local, organic and sustainable foods.

What to Expect: Longman & Eagle Inn, which is directly above the restaurant, has just six rooms. Each contemporary enclave feels unique with rotating artwork from local artists. Located in the hip, up-and-coming Logan Square neighborhood, there are quite a few bars, restaurants and boutique shops to explore.

Insider Tips: In addition to the restaurant, guests may dine and drink at the Off Site Bar, also on premises. It features a separate menu, and on Saturday and Sundays transforms into a pop-up doughnut shop that offers sweet treats, coffee and tea. 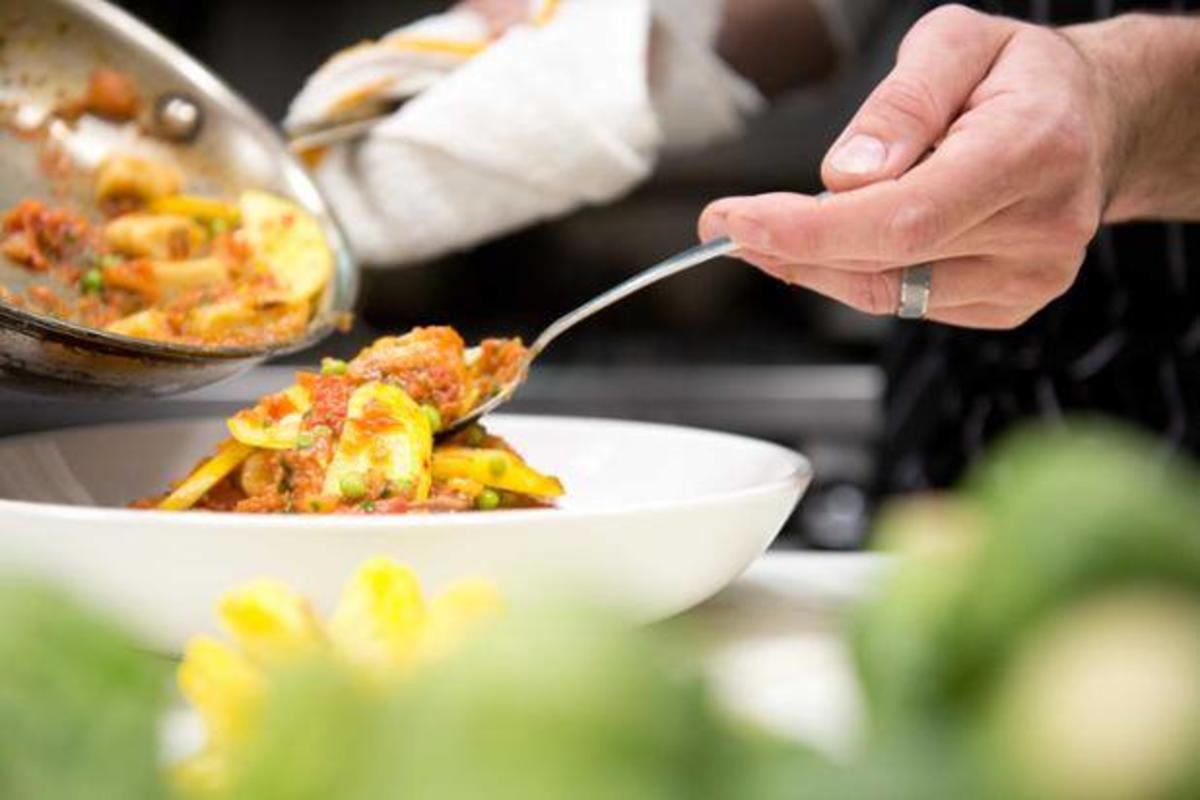 Who: A Michelin-starred chef and the recipient of multiple James Beard awards, Charlie Palmer boasts more than 10 restaurants across the country, including the extravagant Aureole in New York City. His culinary style is progressive American with French influences.

What to Expect: The boutique Mystic Hotel is situated downtown near popular attractions like Chinatown and Union Square. It offers 82 guest rooms and suites in a renovated historic building that's been around since 1906. The decor is minimalist and chic, much of what one would expect from a chef with exquisite taste. Hotel guests who dine at the seasonally inspired Burritt Room + Tavern are treated to a complimentary appetizer with entree.

Insider Tips: Book one of the specialty hotel packages that includes breakfast or complimentary cocktails in the speakeasy.

Who: Nobuyuki Matsuhisa, along with business partner and A-List movie star Robert DeNiro, is behind the brand of upscale Japanese-focused restaurants all over the world. He's also appeared in Martin Scorcese's "Casino" as well as "Austin Powers: Goldmember" and "Memoirs of a Geisha."

What to Expect: Nobu Hotel Las Vegas and City of Dreams Manila each boast distinct personalities based on their locations, so expect Nobu Hotel - Eden Roc Miami Beach to do the same. The luxury property is set to open in fall of 2016, accompanying the already open Nobu restaurant--the largest in the world. It will feature 210 guest rooms, a second beach-front restaurant, two pools, and penthouse suites with panoramic views of the city.

Insider Tips: Those staying at the hotel will have VIP access to the pool and lounge for a baller Miami beach experience. 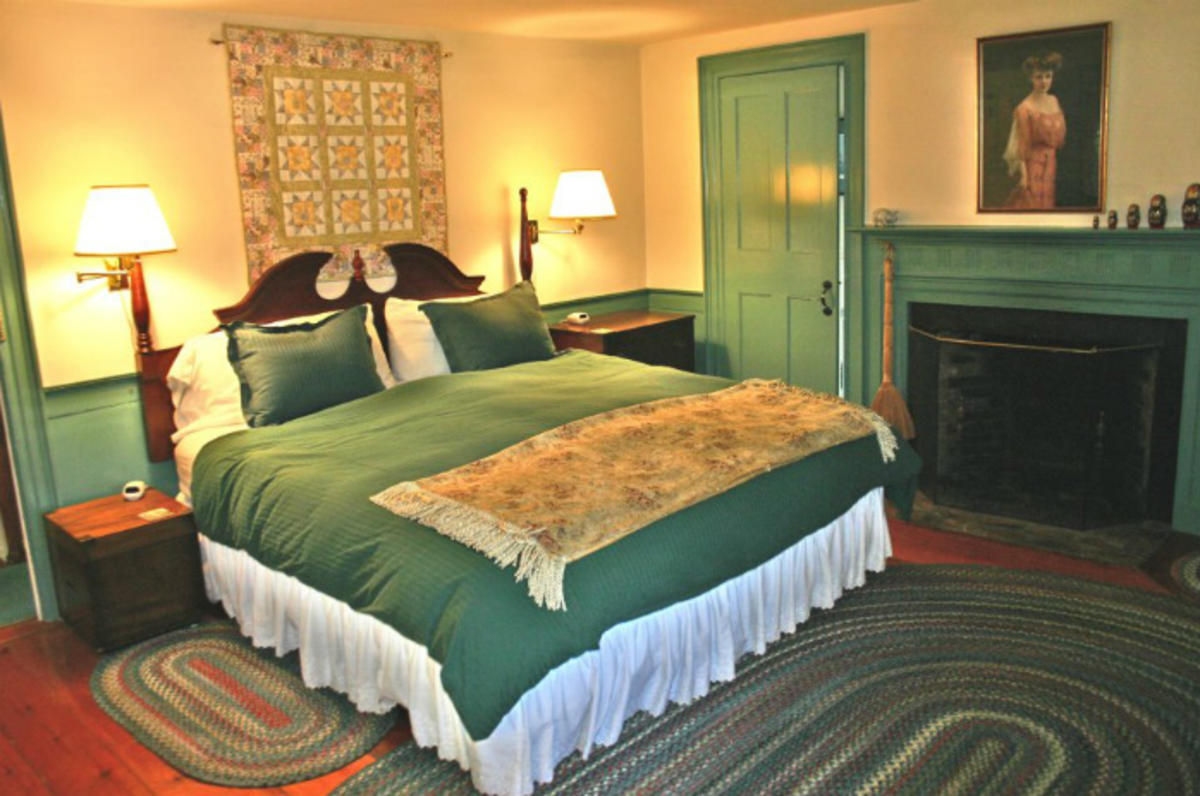 Who: Armed with culinary training from Italy, Germany and Switzerland, the Swiss-born Mario De Pietro arrived in the United States in 1969. He previously worked at the Four Seasons, Rockefeller Center and Tavern on the Green before taking over the Squire Tarbox Inn.

What to Expect: Di Pietro's B&B is listed on the National Register of Historic Places, originally constructed in 1763 by fishing and shipping mogul Samuel Tarbox. One of his grandsons died with General Custer at the Battle of Little Big Horn and many of the family's proud mementos can be found throughout the property. New additions to the inn date back to 1820 and include a parlor and four spacious bedrooms with working fireplaces. All 11 rooms include a private bathroom with a daily breakfast buffet. 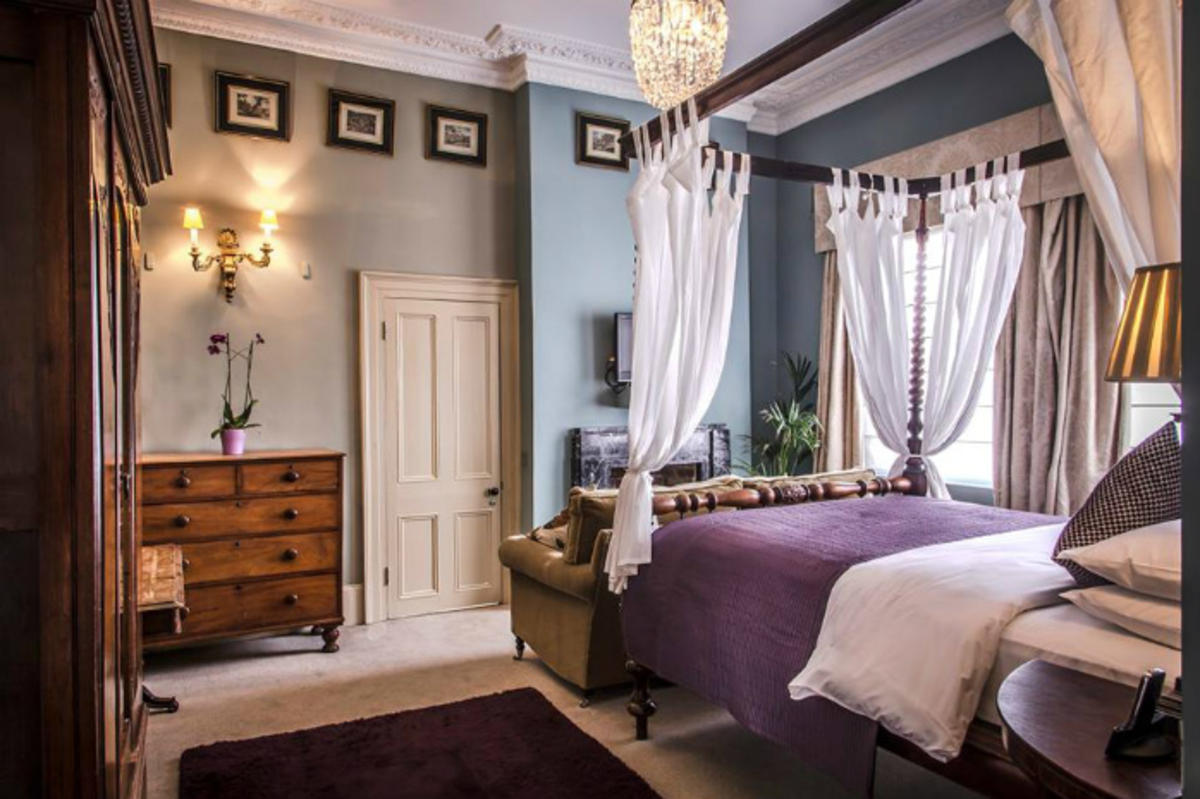 Who: Gordon Ramsay certainly brings the heat where ever he goes -- whether that's in the kitchen or beyond. His restaurants span the globe and have racked up numerous accolades, including Michelin stars and the prestigious Catey award for "Independent Restaurateur of the Year." He's also the star of several culinary-focused, reality shows such as "Hell's Kitchen," "MasterChef" and "Gordon's Great Escapes."


What to Expect: York & Albany, his sleek boutique hotel tucked in beautiful Regent's Park, is ideal for a quiet weekend getaway. It's settled in a restored 1820s coaching inn that includes a restaurant, cocktail lounge and terrace. There are nine distinct guest rooms.

Insider Tips: Those staying overnight on Sundays will be treated to pizza and Bloody Marys. They'll also get to check out later at 1:30 p.m. Monday. The hotel also regularly offers master mixology classes.