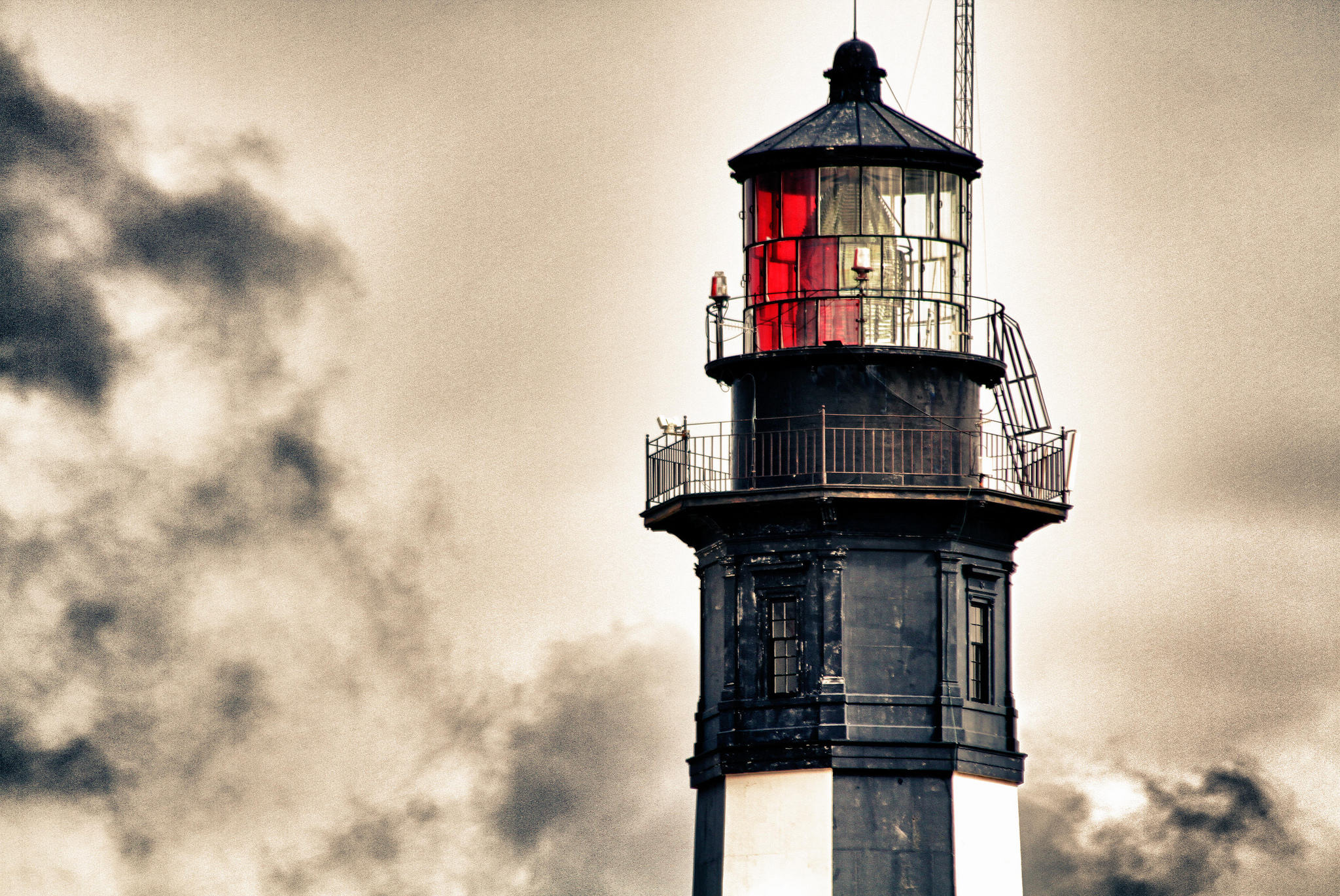 Put on your walking shoes and get ready to work on your backside. Climbing the steep steps to the top of the Cape Henry lighthouse is an intense workout that is highly recommended and totally worth the effort. After eating all the crab I could in Virginia Beach, this was a nice way to learn a little more about the military history and get a great view of the coastline.

Driving through the military gates, we showed our IDs and were let in. Driving pretty slow through the base, we finally found the base of the Cape Henry lighthouse, which was built in 1792, and parked the car. It was a hot summer day, one where you need to reapply sunscreen multiple times because it keeps sweating off. With water bottles available to purchase (it was highly encouraged), we started the ascent to the top. But before you even reach the base of the lighthouse, you have to climb 40 or so steps to get to the entrance.

Already we were dripping with sweat. It was hot, with not a cloud in the sky to shelter us from the sun. As we reached the base, those 40 steps seemed like we had climbed Mt. Fiji! Looking up at the lighthouse, I wondered if I was in proper shape to make the climb. But as several kids and their grandparents walked out of the lighthouse, I realized I was being a bit over-dramatic. The heat had gone to my head and I felt like it was an impossible task.

Before I knew it though, I reached a spiral staircase and the top of the lighthouse. Glancing back down, it really wasn’t that many steps, even though I felt like I could conquer the world.

Once inside, in a small circular room with glass windows all around, we had the best view of the coastline and military base. It was fun to imagine being up there when the lighthouse was still working and aiding in ships coming into port.

While some people climbed to the top and quickly headed back down, I took my time enjoying the view. Why put all the effort in if you’re not going to enjoy it, right?

The cloudless sky made it easy to see far in the distance, a view of the Atlantic and Virginia Beach that I had never experienced until my climb. Truly anyone with a moderate fitness level can make the climb to the top of the lighthouse. Once back down, check out the small gift store for memorabilia of the Cape Henry lighthouse and your own climb. This is definitely a must do Virginia Beach historical adventure.