With its rugged mountains and winding rivers, it is no surprise that the East Asian island of Taiwan was formally referred to as "Formosa," or "beautiful island" in Portuguese. Separated from the Asian continent by the 99-mile-wide Taiwan Strait, the main island of the group is 245 miles long and 89 miles wide, with varied topography and climates. The island is characterized by the contrast between the eastern two-thirds, consisting mostly of rugged mountains running in five ranges from the northern to the southern tip of the island, and the flat rolling Chianan Plain in the west. The Tropic of Cancer runs straight through the middle of Taiwan bringing with it tropical and subtropical weather, which makes it the ideal year-round destination for travelers seeking out a warmer climate. The average temperature is typically around 72°F all year round, with no severe cold in the winter or brutal heat in the summer. This pleasant weather makes for the perfect conditions for exploring Taiwan's natural wonders and will provide the perfect atmosphere for those wishing to relax from harsh Taiwan weather. 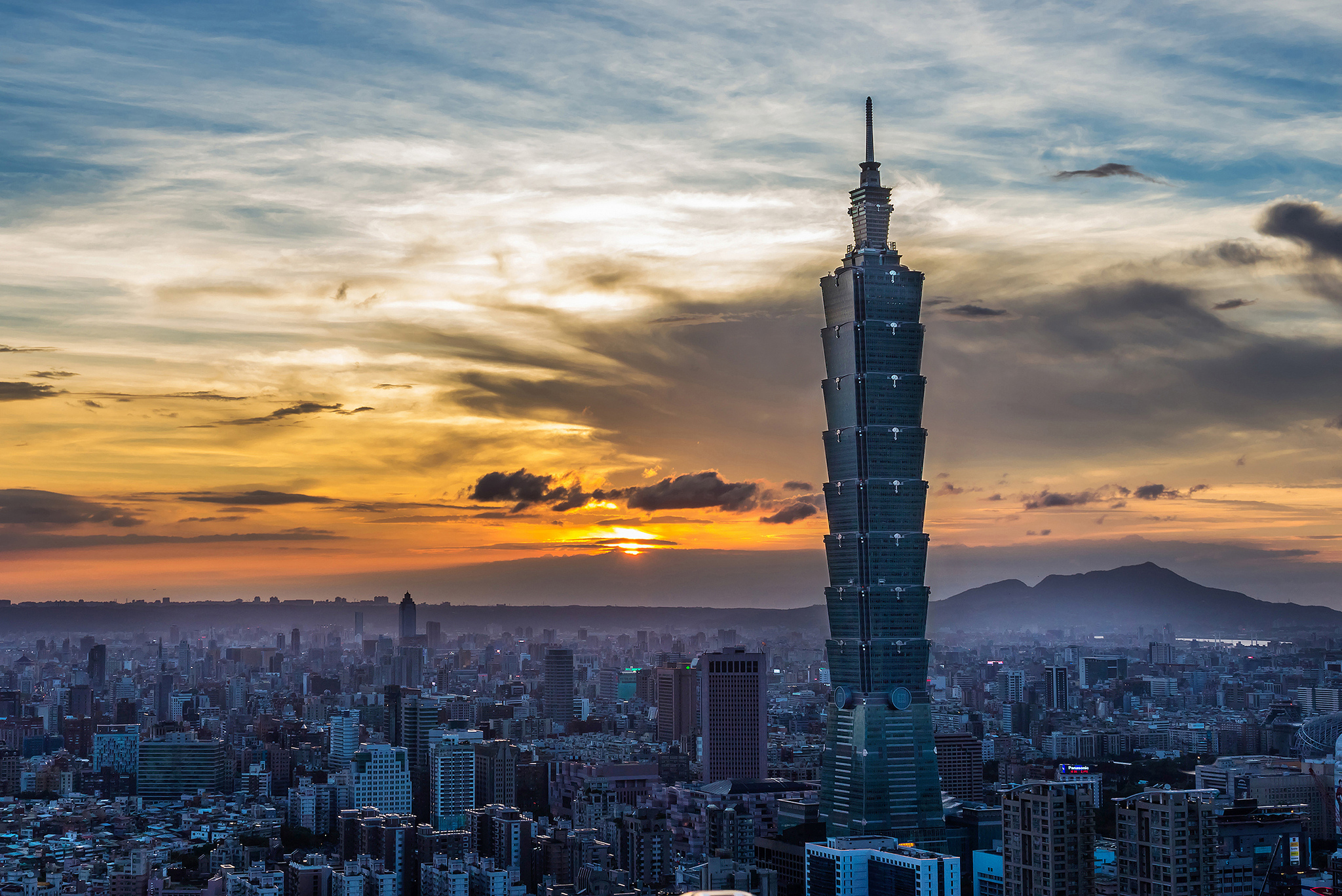 The annual average temperature of the northern section of the island is around 71°F, while temperatures tend to be a little warmer in the southern portion with an average temperature of 75°F. The coldest months to visit are from January to March, but even then the temperature is a manageable 50°F. If no temperature is too hot, head to the island from June to August when the temperatures reach highs of 100°F or more. While you don't have to worry about snow in Taiwan, there are other weather extremities that need to be taken into consideration when planning a visit. Typhoon season is June to October and tends to strike the east coast especially hard, while rainfall is most prevalent in the plum rain season in May and June. The northern part of the island has an especially rainy season that lasts from January through late March during the northeast monsoon, and the East Asian rainy season known as meiyu in May.

Besides taking the weather in Taiwan into consideration, one must also consider they are prone to earthquakes, as it sits on the colliding Eurasian and Philippine plates. Most of the quakes Taiwan experiences are small Earth tremors, but some are far more devastating, including one in September 1999 that measured 7.3 on the Richter scale and killed thousands. However, one has to consider that the grinding plates that cause the quakes are also responsible for the beautiful mountains and tantalizing hot springs that make a trip to Taiwan truly worthwhile. Although there may be some drawbacks like monsoons and elevated rainfall, Taiwan still offers one of the most enjoyable warm climates in the world if you know the right times to visit.

While some people have remarked that Taiwan has no seasons, there are still things to keep in mind when choosing your dates to travel. September to November is often considered to be the best for travel, as conditions tend to be warm and dry, air pollution is at a minimum, and prices are lower. Visiting in spring from March to May can be a bit of a toss up, as it can be clear and dry, or wet and gloomy--sometimes even all in the same day. June to August is a great time to visit the east coast, especially for outdoor activities. However, be aware of typhoons, which can hit the island from June to October. If you're looking for some beach time, travelers can swim comfortably anywhere from May to October, but if you want to swim in the winter, head to the southern part of the island for a warmer climate.

If you're planning a trip to the popular capital city of Taipei, there really is no bad time to go. Taipei has plenty of activities for all types of travelers, whether you like museums and architecture or shopping and outdoor recreational activities. Temperatures don't change too much around Taipei and the highs in summer are generally in the upper 70s to upper 80s. Even winter temperatures can be enjoyable, averaging in the mid 60s. Taipei has a fairly wet climate, so if you want to avoid the rain, travel during the driest months of October and November, rather than the wet month of June when an average of 12.7 inches of rain falls over the course of 16 days.

No matter what time you visit Taiwan, you are sure to enjoy their warm weather climate and inviting landscape. After all, what could be better to escape the harsh winter than a Pacific island that averages temperatures in the 70s and has plenty of sunshine to relax in?

Taipei is a Feast for Your Eyes -- and Stomach