Sydney, Australia is one of the best cities in the world if you love the surfer bum lifestyle. With over 100 beaches within the city limits (greater Australia has far too many to count), Sydney’s beach scene is unparalleled to any other city on earth and loved by locals and tourists alike.

Whatever time of the year you visit, it’s almost always a nice day to grab some rays, build a sand castle, swim, people watch, or simply work on your tan down under. 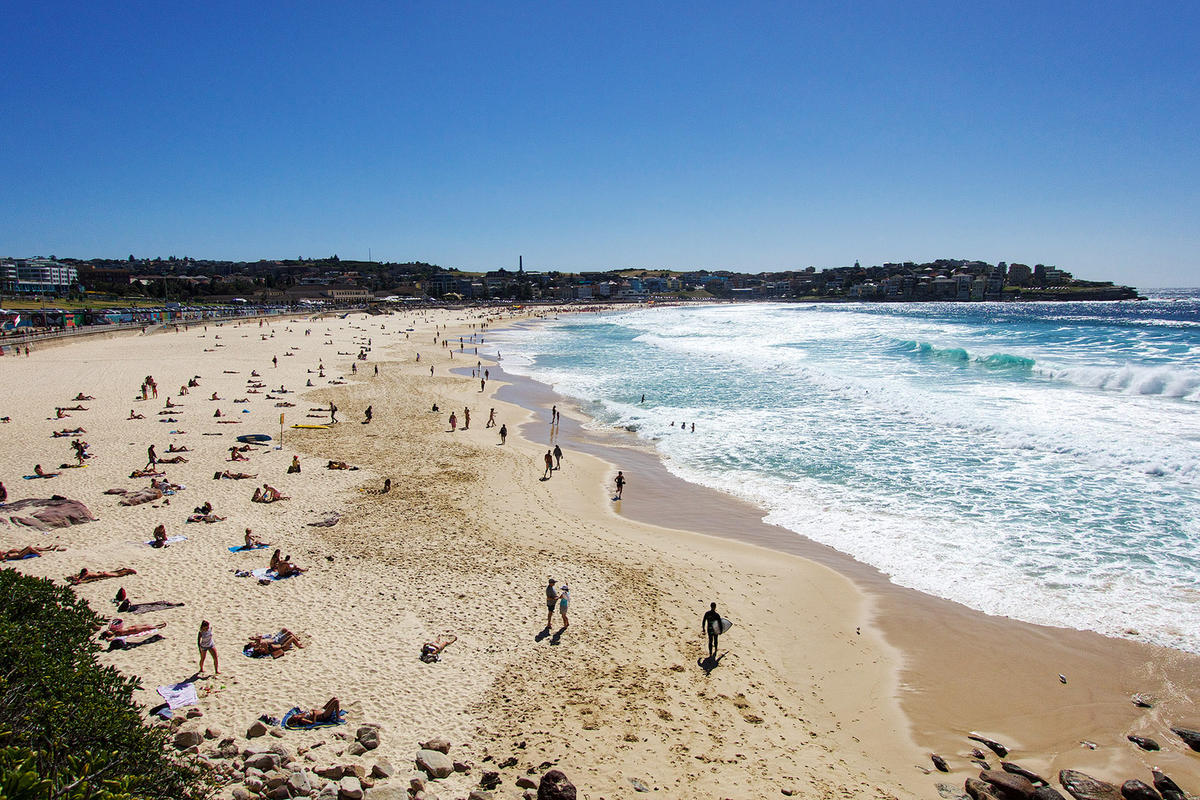 The most well-known of all of the beaches in Sydney, Bondi Beach even has it’s own TV show called Bondi Rescue, essentially the real-life Australian equivalent of Baywatch. In the summer months, Bondi gets swarmed with people so if you really want to enjoy it, make sure you show up early to snag a prime spot on the sand. While many locals avoid this obvious tourist spot, you will still find many of them who can’t stay away from the killer surf waves.

How to get there: Prepay for a bus ticket and hop on the 333 from Circular Quay that will drop you off right at the beach. 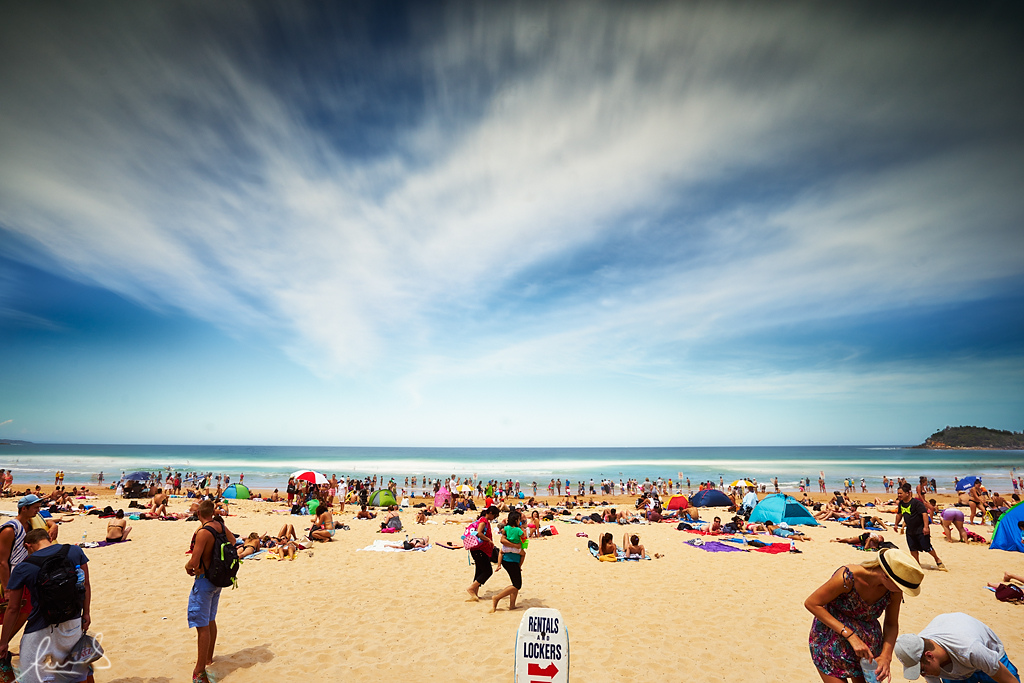 Located on the North side of Sydney Harbor, just a 30-minute ferryboat ride from downtown is Manly Beach. Beloved by locals, this beach has an entirely different feel than Bondi, set along a tree-lined road and even has different sand. There aren’t nearly as many tourists, but you will find a whole bunch of surfers at play.

How to get there: Take the Manly Ferry from Wharf 3 at Circular Quay for a short, breezy ride. 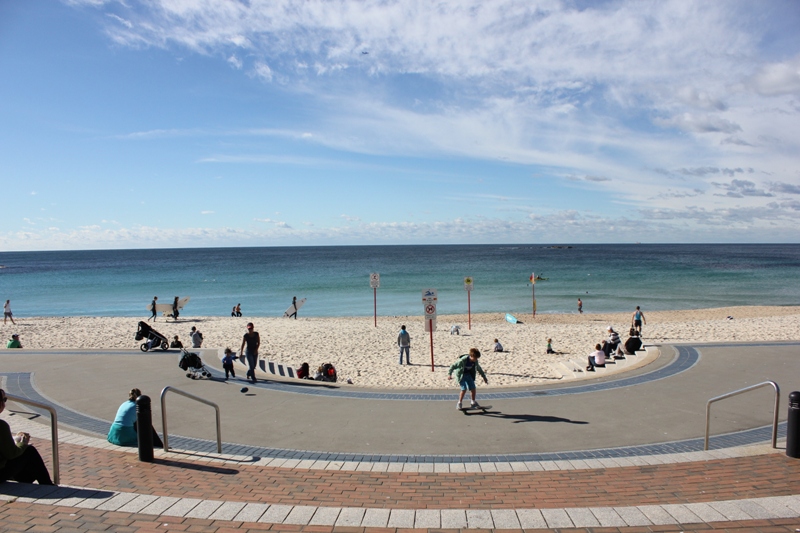 Another popular local spot for swimming, Coogee Beach is a beautiful area but can be dangerous if the waves are high, as it is also known for it’s tricky rip current. If you’re not a strong swimmer, you may want to avoid it on large swell days and be sure to always stay between the flags. Coogee is located fairly close to Bondi and there is a popular cliff top walk stretching all the way from Coogee to Bondi with three other popular beaches (Bronte, Tamarama, and Clovelly) along the way. Almost 4 miles long, if you want to traverse the whole thing, allow approximately 2 hours.

How to get there: Walk from Bondi or take one of the three buses serving the beach from downtown. 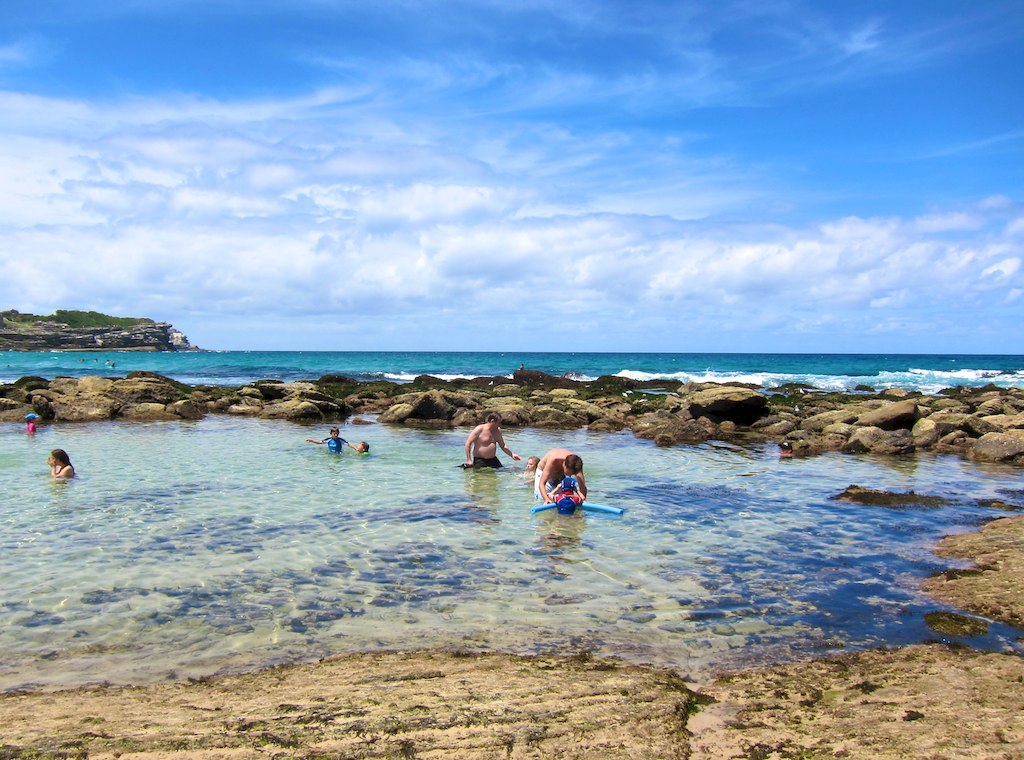 Located along the cliff top walk between Bondi and Coogee, Bronte Beach is another local favorite, particularly for families. A great place to BBQ or picnic with friends, many of these beaches have outdoor saltwater pools and the one at Bronte is said to be stunning as it is built into the cliffs on the south end of the shore. On big swell days, waves from the ocean spray into the pools, which are a great place to swim laps or to take smaller kids to avoid the waves. All the pools have lifeguards watching over them, as well.

How to get there: Walk from Bondi Beach or take bus 378 from Bondi Junction. 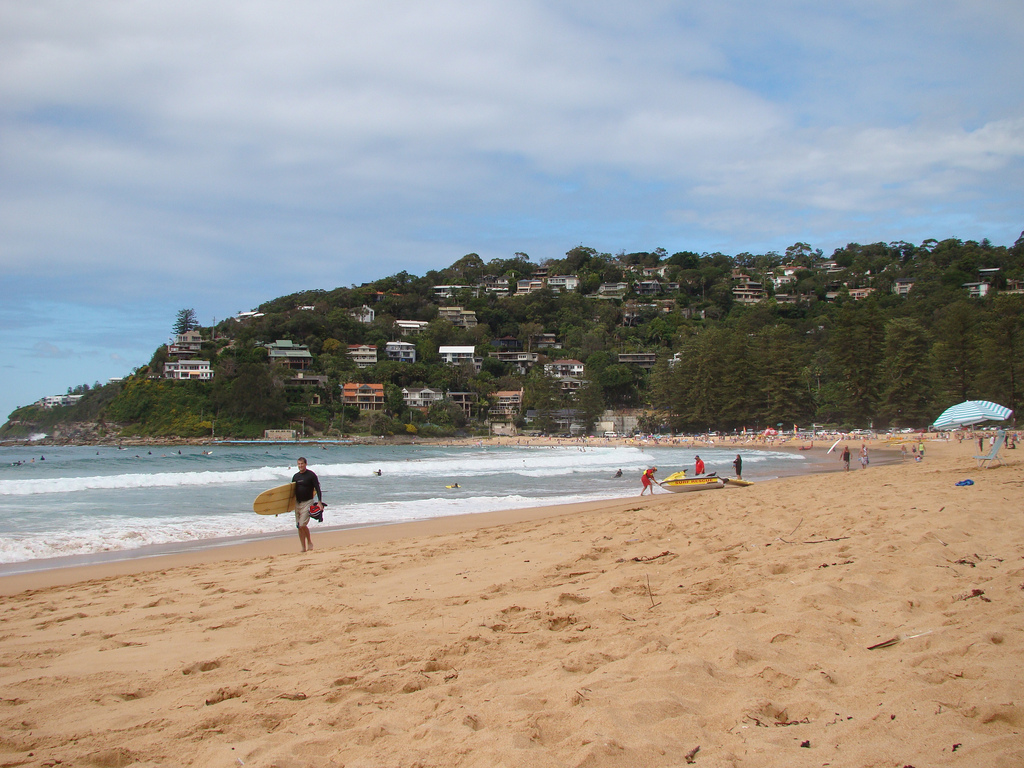 25 miles north of downtown Sydney, it’s a far trek to get to Palm Beach, but the scenic views along the way and beauty of the beach itself is more than worth it. The further outside the city you get, the smaller the crowds and less tourists you’ll have to deal with. This beach is also a great place for celebrity sightings and is often where the popular Australian TV show Home and Away films.

How to get there: Take bus L90. It’s best to pick it up from Wynward Station over Central Station to ensure you get a seat for the long ride.