Where to Go in Spain

While some may say Madrid is the heart of Spain as the capital and largest city, and it does get far and away the greatest number of tourists a year, there are a number of other regions worth exploring. The lifelines of Spanish culture are apparent throughout the country’s pulsing cities with distinct personalities, attractions and history. An eclectic melting pot, Spanish cuisine, architecture and influence vary greatly across the diverse country so pack a punch into any visit by stopping at a couple of these different destinations. 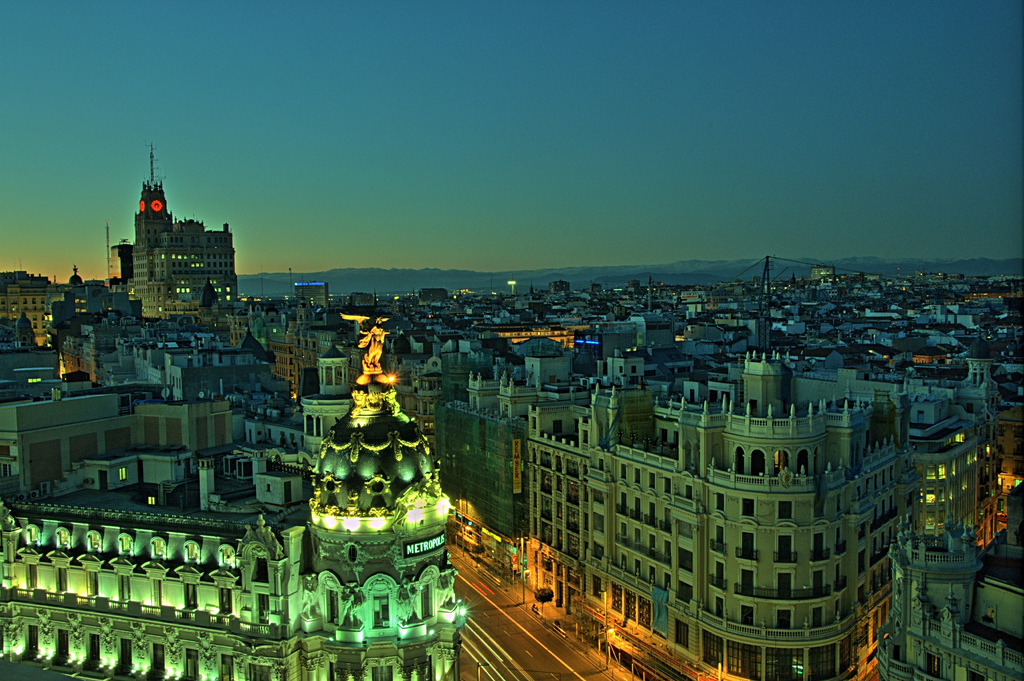 A visit to Madrid isn’t complete without experiencing Plaza Mayor, the town center. Formerly the site of the market, public gatherings and spectacles like comedies, bullfights, and tournaments, nowadays stroll the area to shop, eat and relax. Off of Calle Mayor is Barrio de los Austrias, the old center of Madrid during the Habsburg Dynasty and an interesting way to compare the past to the present. Another must see square is Puerta del Sol, featuring “Oso y Madroño” (the “Bear and the Strawberry Tree”) statue, Calle Alcalá, and the equestrian statue of Carlos III. Essentially ground zero, all roads out of Madrid begin here, which has brought the area a rich history of conflicts and battles. Plaza de la Armería (Palacio Real) is another cultural stop as the official residence of the King of Spain. Just outside the city proper experience Ávila, a UNESCO World Heritage City with interesting churches and Renaissance palaces that bear witness to the past wealth of the town as a textile center. Also in the Madrid region and proper for a day trip is Toledo, another world heritage site known as the “city of the three cultures,” where Christians, Arabs and Jews lived together for centuries, preserving an artistic and cultural legacy in the form of churches, palaces, fortresses, mosques and synagogues. Yet another adventure would be to Segovia, the old quarter with Roman aqueducts featuring Romanesque churches, the Cathedral and Fortresses overlooking Castille. 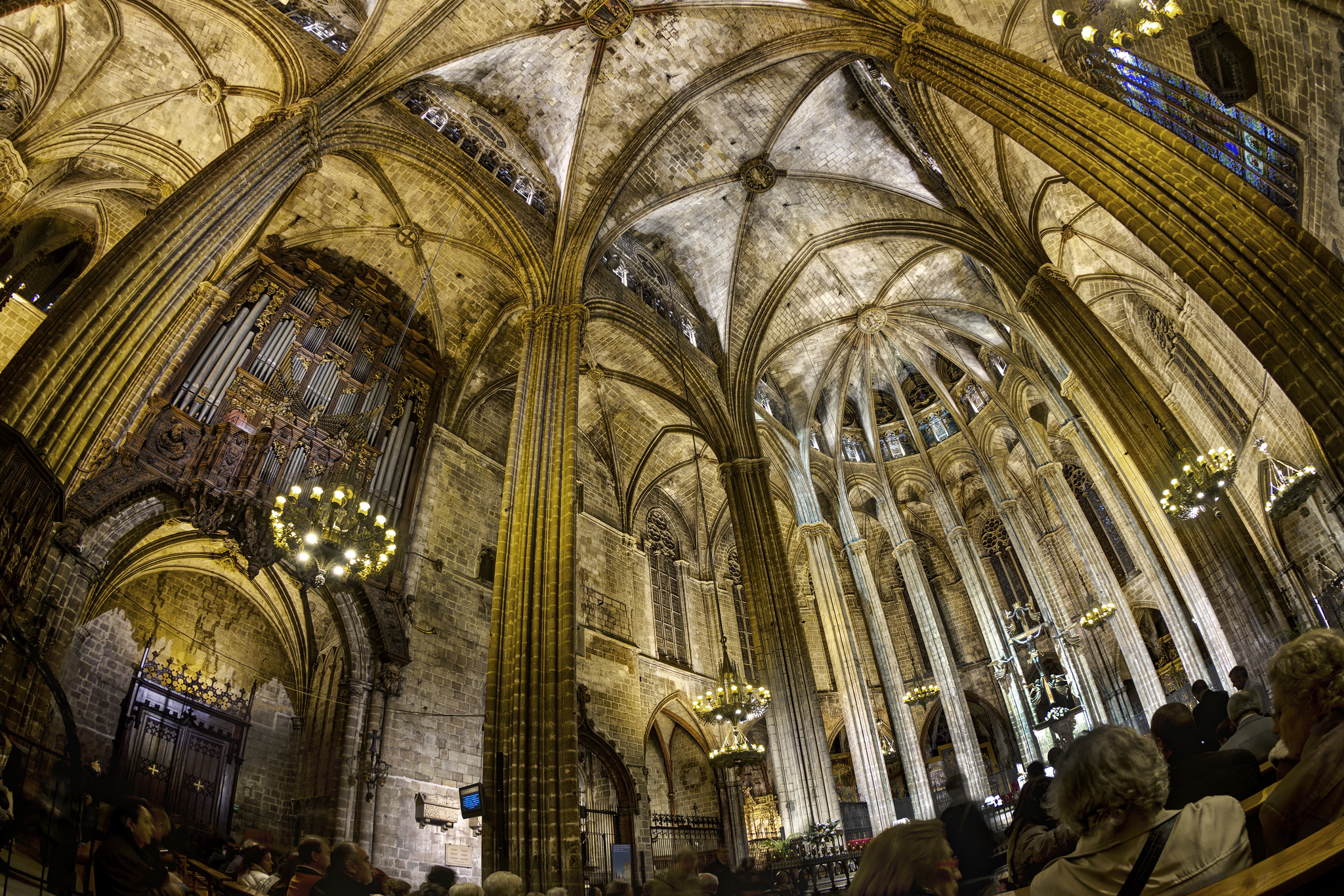 The second largest city in Spain has no shortage of amazing things to see or do. Rated one of the top 10 Beach Cities in the world by National Geographic, it’s really the infrastructure that impresses locals and visitors alike. Take a tour of the famous Gaudí architecture in the gothic quarter with buildings dating back to medieval times, some from as far back as the Roman settlement of Barcelona, most of which are classified as UNESCO World Heritage sites. In 1999, Barcelona won the RIBA Royal Gold Medal for its architecture, which was the first and only time the winner has been an entire city, not an individual architect. The National Museum of Art of Catalonia possesses a well-known collection of Romanesque art and it’s almost sacrilegious to visit the city without catching an FC Barcelona soccer match. 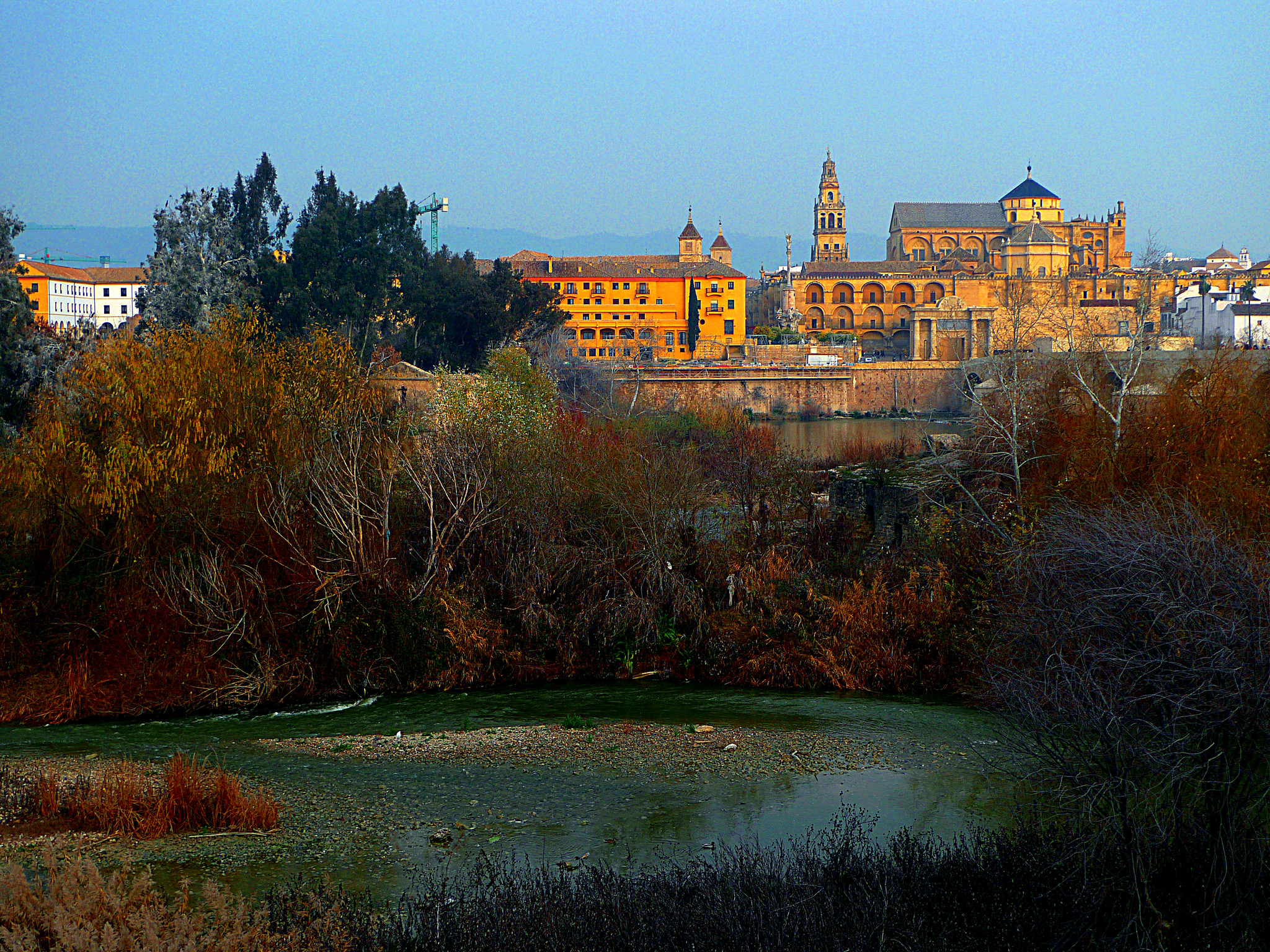 Bathed by both the Mediterranean and Atlantic oceans, Andalucia is a true wonder of Mother Nature with three distinct geographical zones in the center, and the Betica mountain range in the south. The old towns of Granada, Cordoba, Ubeda and Baeza have been recognized as World Heritage Sites by UNESCO, just like Seville overall. Discover everything from underground prehistoric caves and grottos, to world-class vineyards, golf and ski resorts. One of the most impressive sites in Cordoba is the archaeological site Medina Azahara, intended to be the capital of a new province built by Caliph Abd-al Rahman III. Another is the Mosque-Cathedral, arguably the most significant monument in the whole of the western Moslem World and one of the most amazing buildings in the world. Málaga, another providence of interest is called Costa del Sol (Coast of the Sun) and is home to Pablo Picasso, Antonio Banderas and a number of other tourist delights. The Walls surrounding the city are one of the most popular attractions, built in the style of Phoenician, Roman, Visigothic, Arab and Spanish remains of the defensive compounds of the city. The Flavian Roman Amphitheatre and a number of museums, most notably the Museo Picasso Málaga are also must-see cultural stops. 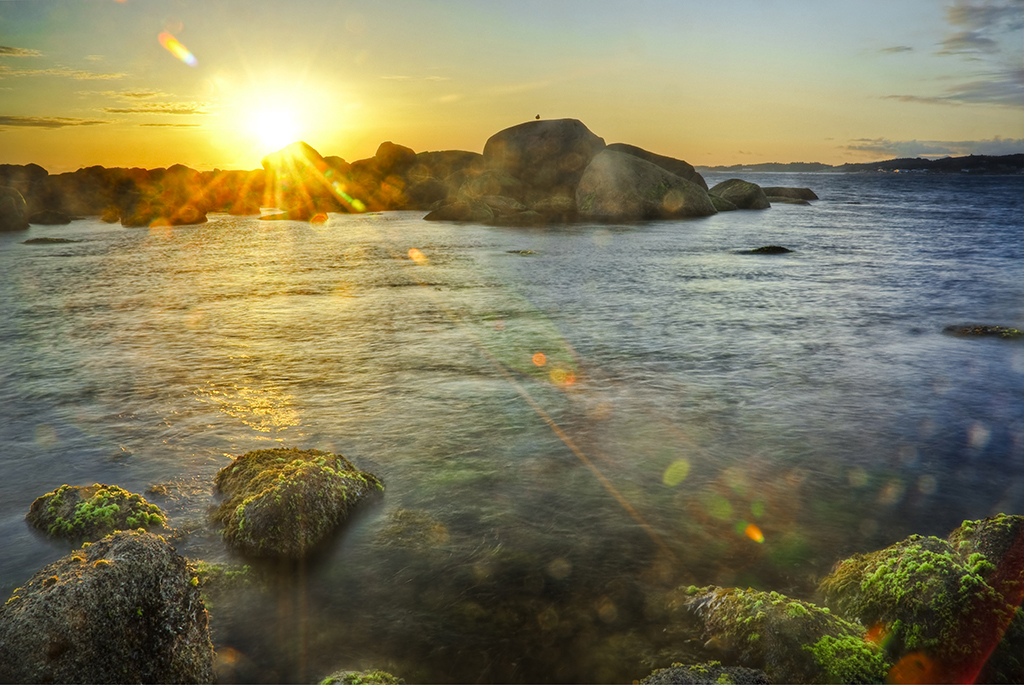 If you like greenery and countryside, Galicia, Asturias, Cantabria and the Basque Country, regions of Northern Spain beckon you. A coastline that stretches for more than 2,000 km with cliffs, mountains, forests, rivers, beaches, deep gorges and valleys, Northern Spain is home to some of most valuable and best-conserved ecological areas in Europe. Visit Picos de Europa National Park, the sand dunes at Liencres Nature Reserve, and explore the trails by foot, bike or horseback. 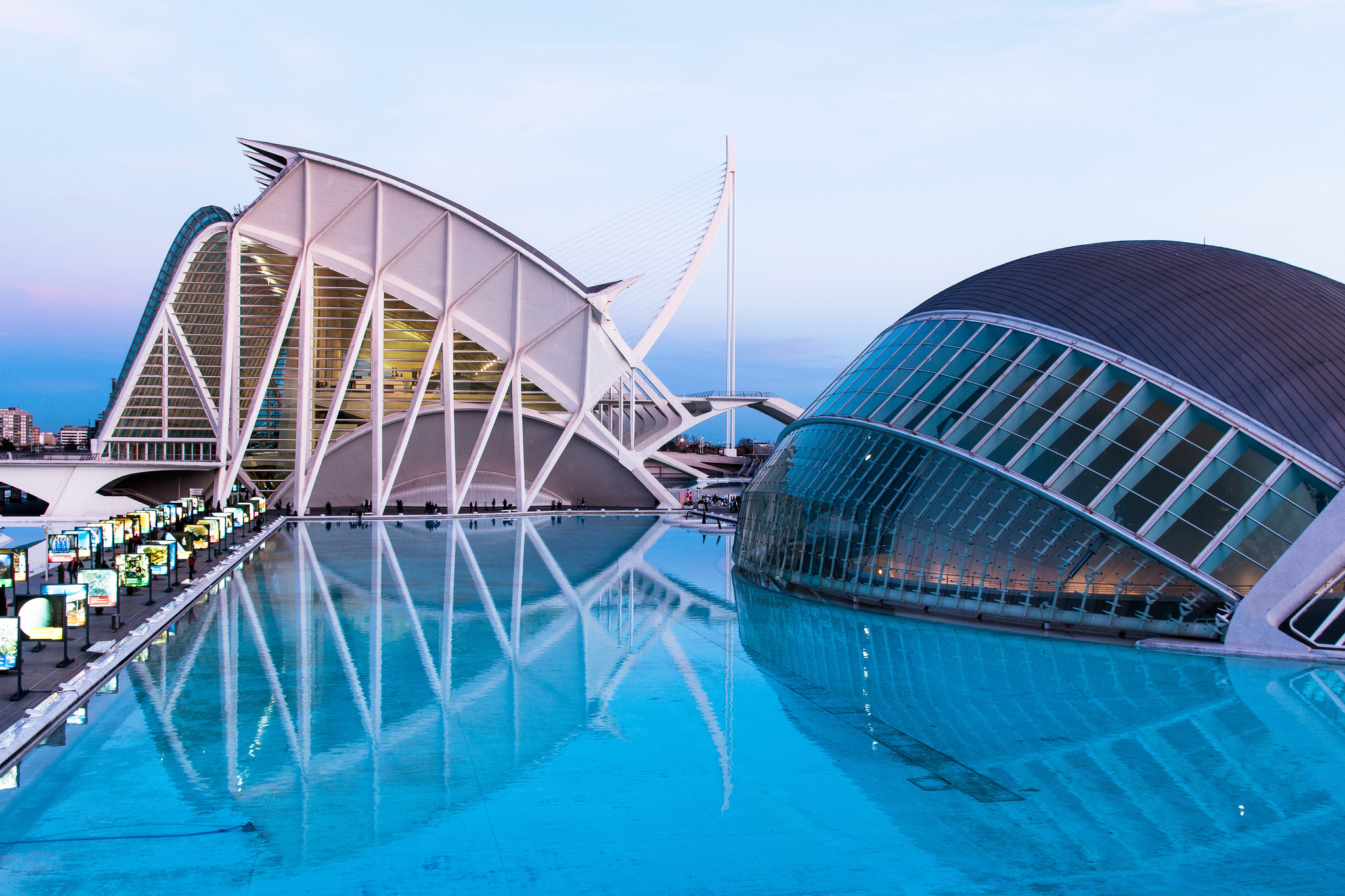 Valencia is trade and culture, cinema, theatre, museums, magic, business. It is the centre of international and avant-garde design, and one of the most active cities in Europe for festivals and conferences. Feel the pulse of the Mediterranean mecca as you wander around the Cathedrals and plazas. Stop by the Valencia Cathedral, Miguelete Tower and Plaza de la Virgen to get a sense of the city’s vibe. An interesting juxtaposition of old-world with modern marvel is the City of Arts and Science, a massive museum campus that houses an IMAX theater, open-air oceanographic park, opera house, outdoor art gallery and interactive science center. 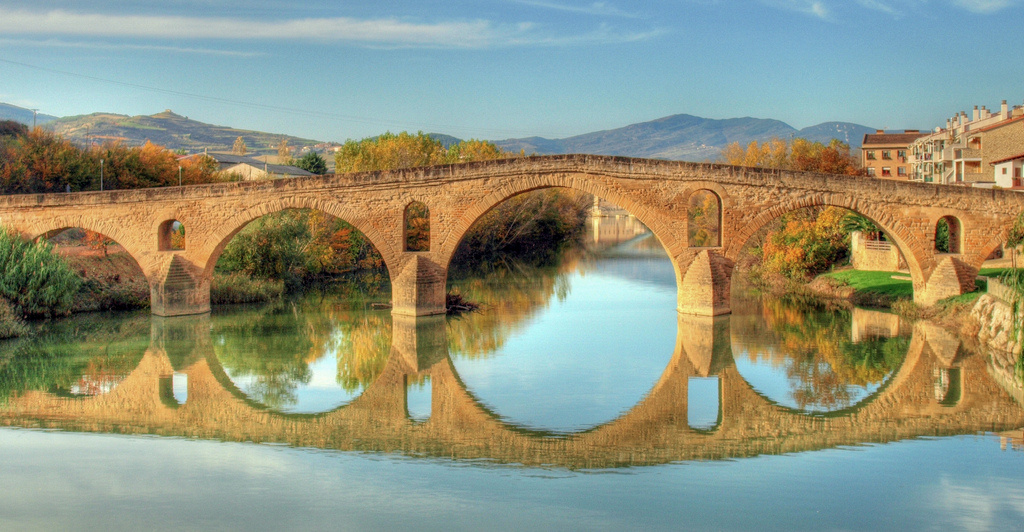 If you’re feeling adventurous, embark on the pilgrimage taken by Apostle Saint James, one of the most important Christian pilgrimages of medieval times. The French route is the most popular, beginning in the Pyrenees and has two variants depending if you enter from Roncesvalles (through Navarre) or Somport (through Aragon). Both routes meet in the town of Puente la Reina, and then continue on through the territories of La Rioja and Castile-León towards Galicia. Interesting cultural points along the way include Puerto de Somport, Puente la Reina de Jaca, Sangüesa, and more. The other route is the Northern Route, first used by the pilgrims in the Middle Ages in order to avoid traveling through the territories occupied by the Muslims. While less direct, the appeal of the Northern route is its landscape along the coastline against a backdrop of mountains and overlooking the Cantabrian Sea. If you’re planning either journey, purchase a “credencial” for a few euros from a Spanish tourist agency or church on the route, which gives access to inexpensive, sometimes free, overnight accommodation in refugios along the trail.