6 Must Attend Fiestas in Spain

Spain knows how to throw a fiesta (party) and there are a number of annual events (most with some degree of religious significance) that keep visitors coming back year after year. From sporting competitions to world-class arts, theatre and culture, whatever time of the year you visit is sure to be a festive one. 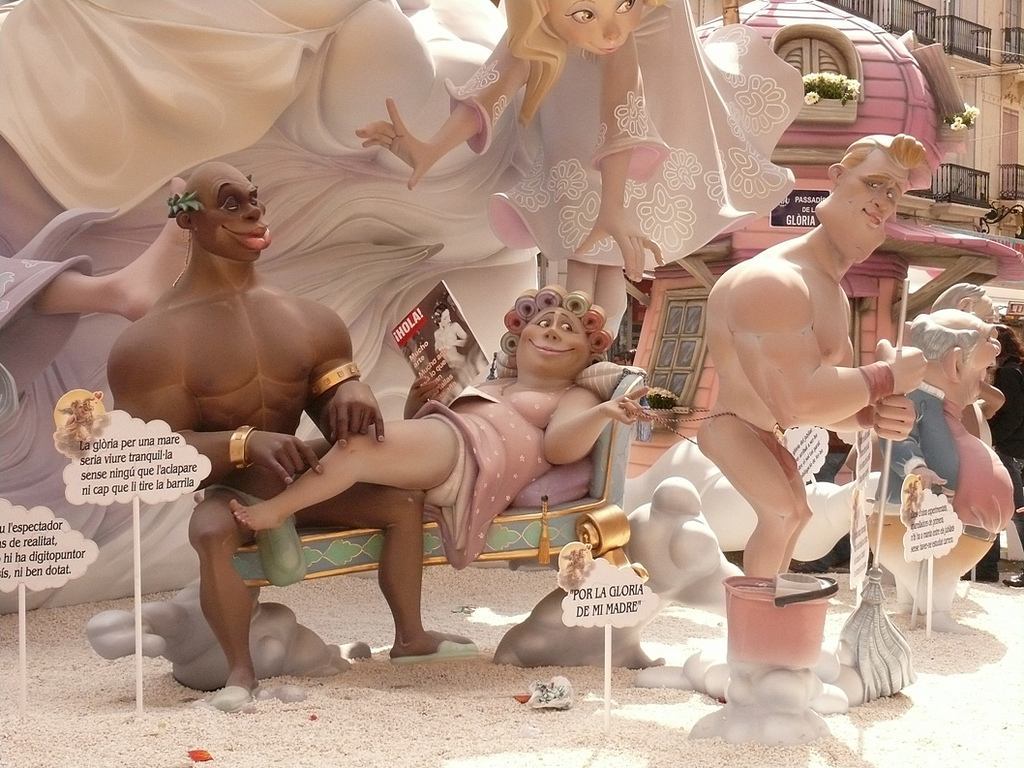 Valencia’s most internationally renowned festival, the week of March 19th sees the city filled with gigantic cardboard monuments called ninots for a competition of art and ingenuity set to a backdrop of daily fireworks displays. The plantà is the day/night it takes to setup these unique statues across the streets and squares, which are satirical representations of politicians, celebrities and public figures. The week culminates with the cremà, the night they are all set ablaze, bathing the city in light and music. All are burned except the one winner voted on by the townsfolk, which is preserved in the Fallero Museum. 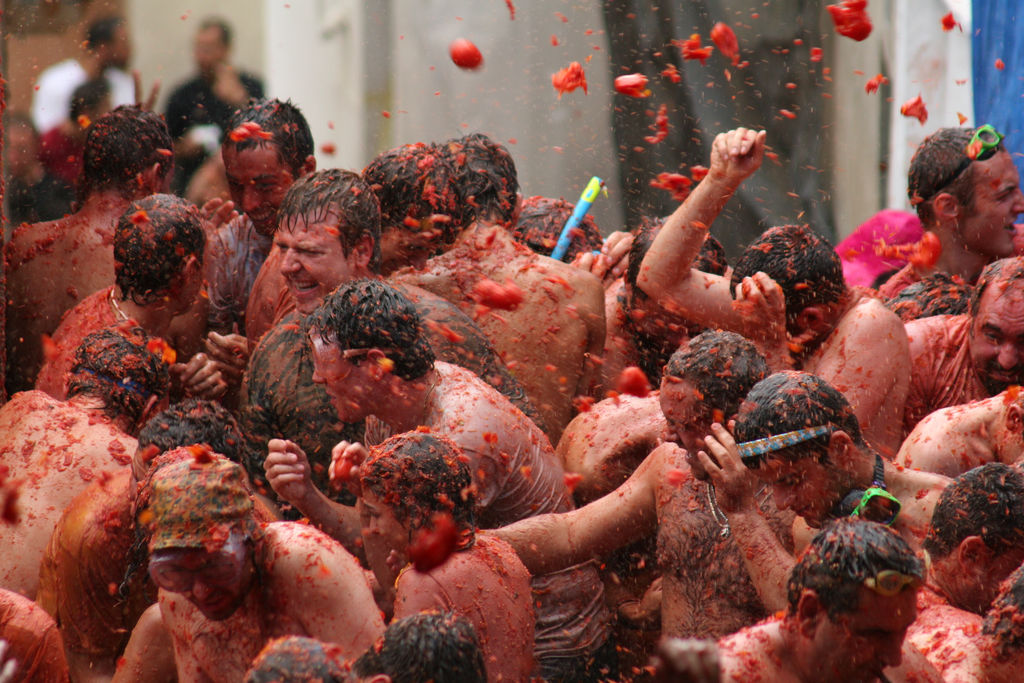 A quirky mass tomato fight held annually on the last Wednesday in August in the town of Buñol in Valencia, the festival’s origins date back to 1945. All in good fun, crowds begin arriving to the main town square at 9 am sharp when a huge pole is erected in the center, slathered with soap that dangles a coveted ham prize. Hopefuls try to scale the obstacle while onlookers throw tomatoes and buckets of water. 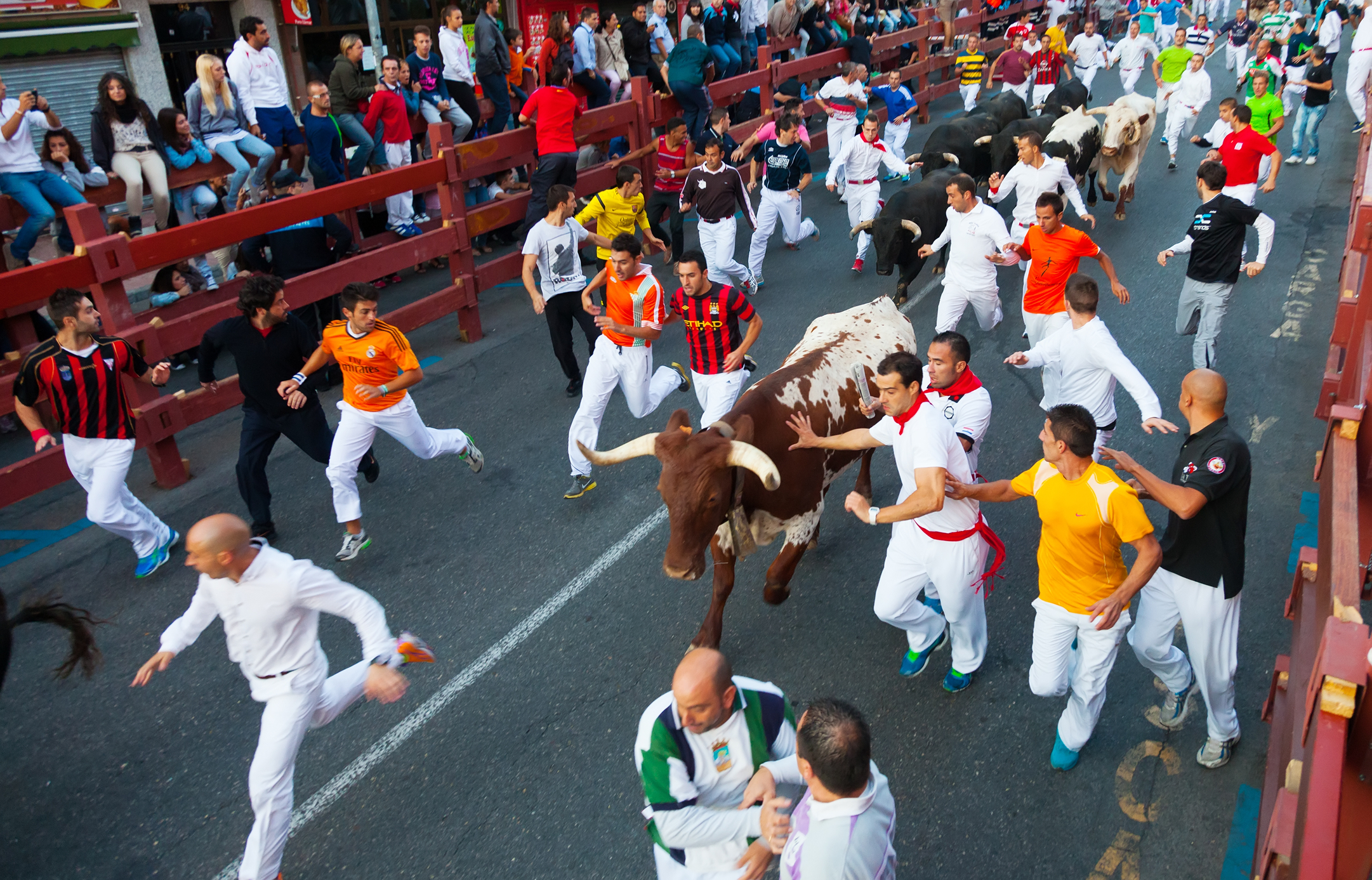 Famous the world over, thousands of people flock to Pamplona every year decked out in red and white to experience street parades and open air exhibitions. Taking place at the beginning of July, a chupinazo rocket is launched into the sky marking the beginning of the festivities. The bull corrals are opened promptly at 8 am the following day as hundreds of people run in front of the stampeding beasts to the ring for the final act. The most exhilarating 3 minutes of your life, the 825 meter stretch is repeated every day for a week and commemorated with singing, rockets and a lot of chaos. 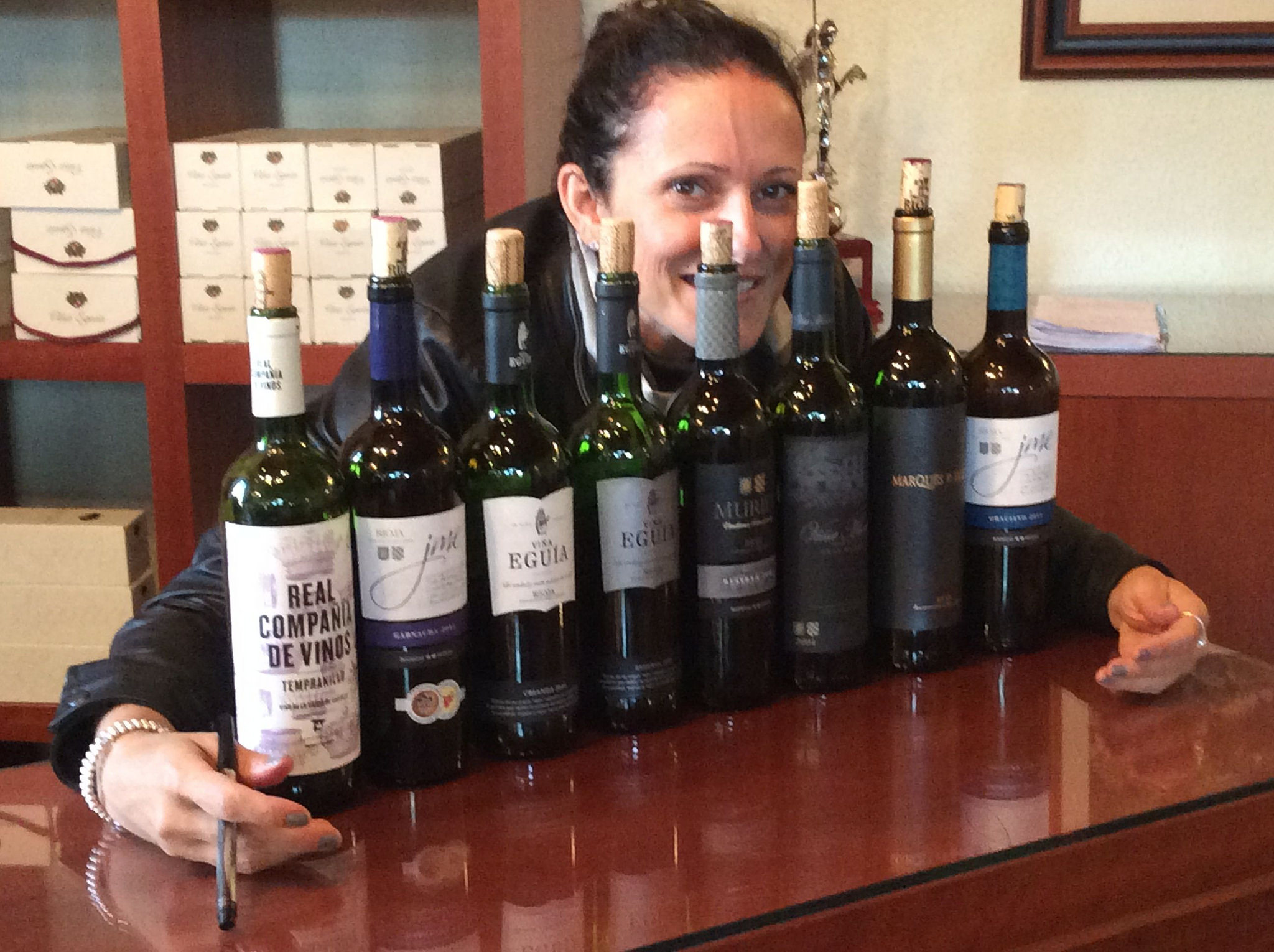 Locally called the Fiestas de la vendimia riojana, Spanish wine is celebrated in Logroño in September during harvest season. Earmarked with fireworks, traditional grape stomping, parades, music and tapas, this week-long event often coincides with the feast of Saint Matthew, a religious day on September 21 that commemorates one of the twelve apostles. 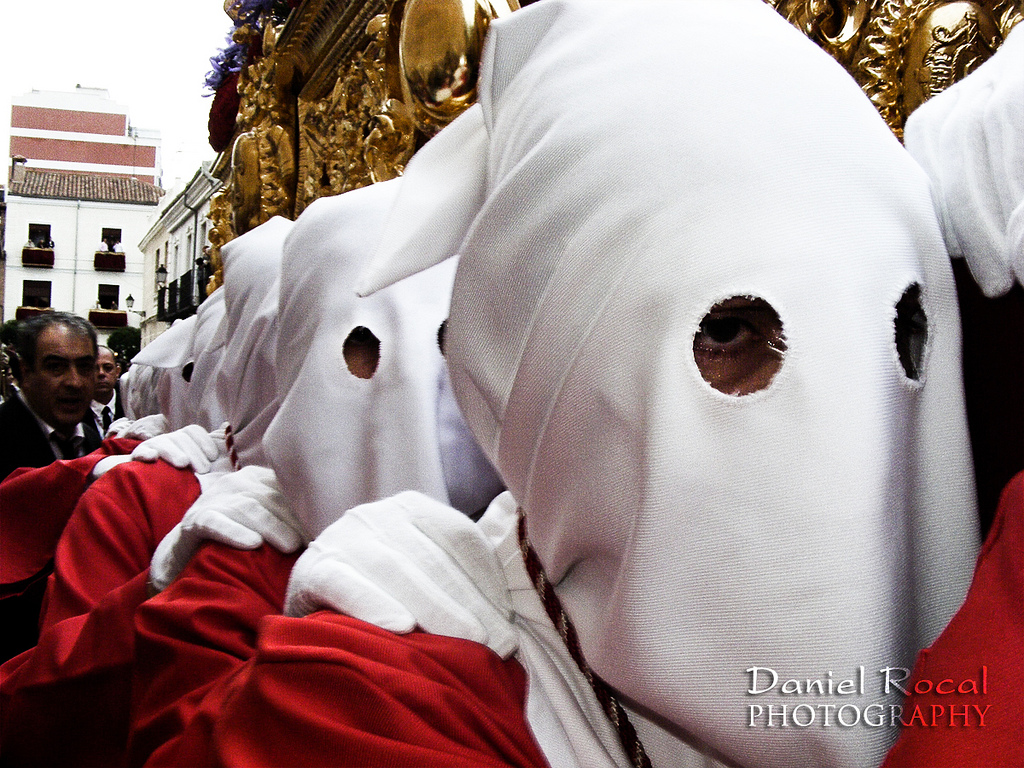 Celebrated all over the country, Easter is Spain’s biggest religious event. The heart of the festivities takes place in Seville, beginning on Palm Sunday and concluding with Easter Sunday (Domingo de Resurrección). Easter Week is very famous in Málaga and Zamora (Castilla y León). It represents the passion of Jesus Christ from the moment that he enters Jerusalem to his detention, crucifiction and resurrection. A few days or weeks after Easter Week, “Feria de Abril” is celebrated in Seville. It is a compendium of all the Andalusian traditions related to Flamenco (song, dance, horse parades, etc.). 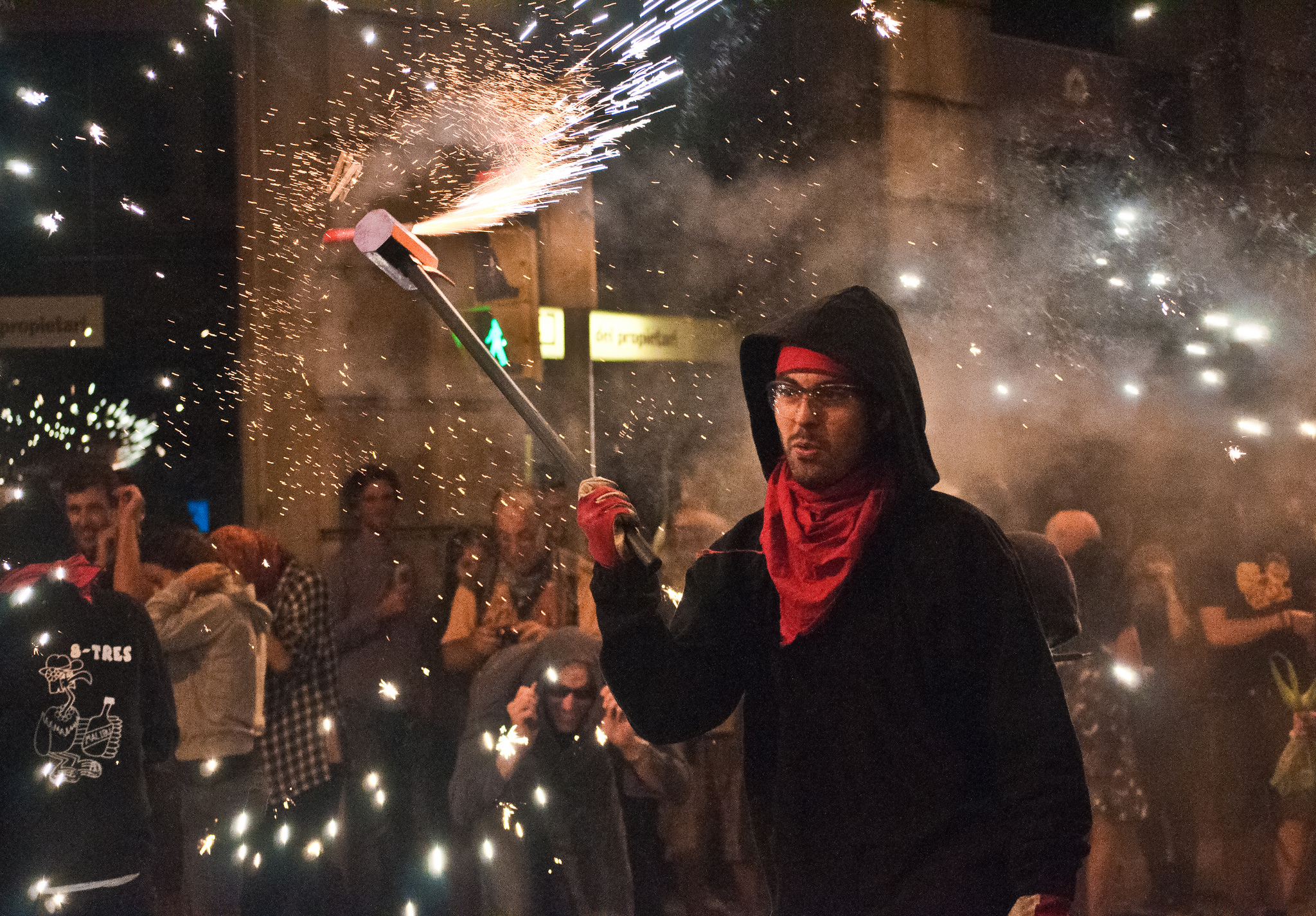 Barcelona’s main event takes place around September 24 to celebrate the birthday of the city’s patron saint, the Virgin de la Merce. More than 500 cultural activities transpire from traditional folk dances to parades of “giants and big heads” and the infamous human castle (pyramid).

Valencia: City on the Sea

How to Participate in Pamplona's Running of the Bulls