It doesn’t take long to understand why the Portuguese dubbed Rio de Janeiro “The Marvelous City.” Fringed by gold sand beaches, verdant mountains and diverse tropical rainforest, Rio is one of the most uniquely beautiful urban landscapes in the world—and an absolute must-visit for anyone who loves outdoor adventures. 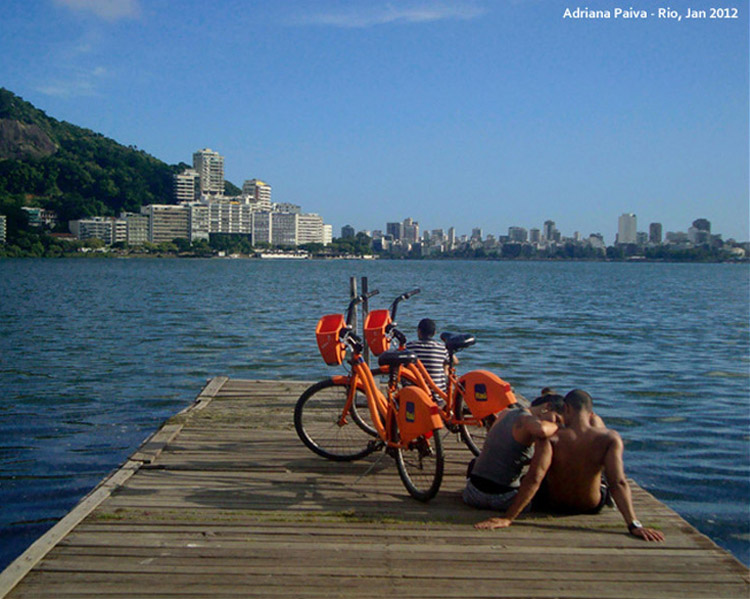 One of the best ways to actively explore Rio’s most beautiful attractions is by bicycle. Extra pedestrian friendly, the city has over 150 miles of bike lanes and 600 BikeRio bikes to rent. Once you’ve found your two wheels of choice, head to Ipanema for an easy and enjoyable cycle past the bronzed beauties at the beach. From here you can ride all the way down to Copacabana. Alternatively, the Rodrigo de Freitas Lagoon is one of Rio’s most beautiful attractions. You’ll have plenty of company from fellow bikers and joggers as you enjoy the views of Christ the Redeemer along the 3-mile path. 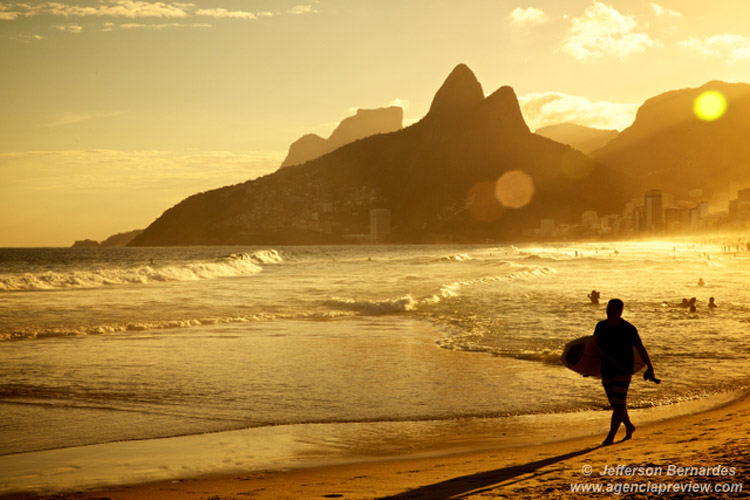 Rio de Janeiro might not have the same legendary surf reputation as destinations like Bali or Hawaii, but there are still plenty of places to catch an epic wave. Beginners should start at the Arpoador, a giant rock that juts into the ocean between Ipanema and Copacabana. Here surfers will find gentle but consistent waves, along with plenty of locals renting boards for the day. If you’re looking for something more advanced, Laje Shock is known for it’s huge breaks and should only be attempted by extreme athletes. 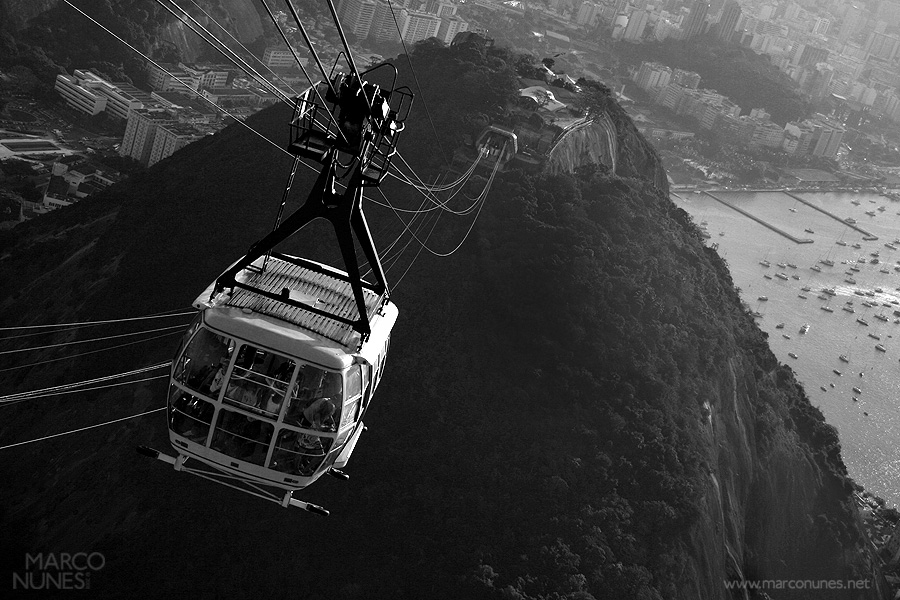 Considered to be one of the best urban rock climbing spots in the world, you won’t have any shortage of places to scramble or scale in Rio. Most climbers head to Urca, where there are multiple routes for both climbing and bouldering. For the adventure of a lifetime, sign up for the Via dos Italiano, which runs straight up the face of Sugarloaf Mountain. While other tourists will be looking down at the views from the gondola, you’ll be the star attraction as you traverse your way up to the summit. 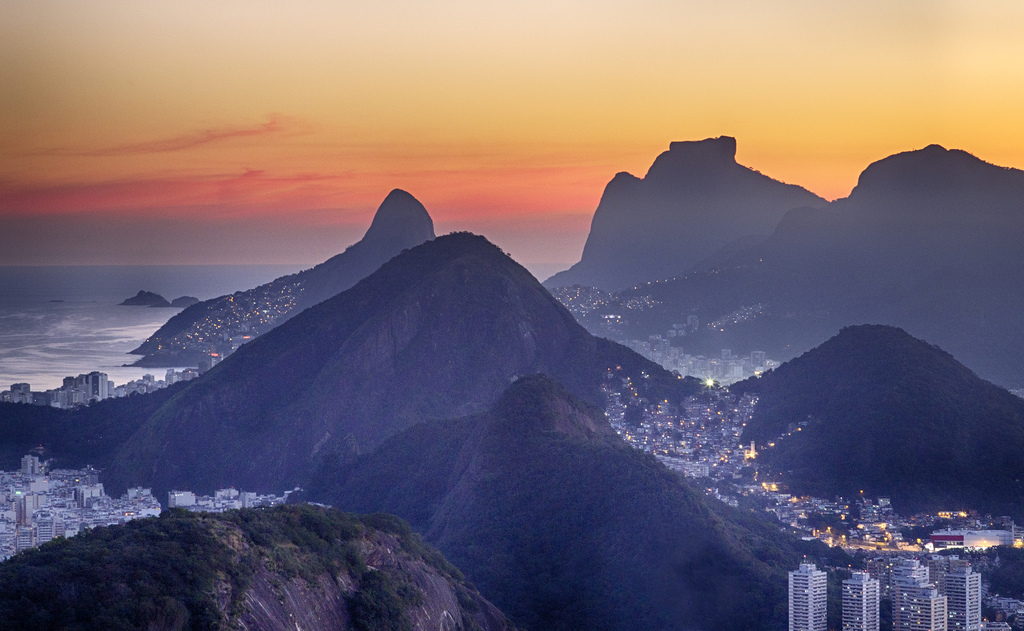 Any city surrounded by dense forest and lush mountains is bound to offer exceptional hiking and Rio de Janeiro is no different. But if you’re on a time crunch, these are the top two must-dos.

Just five years ago, it wouldn’t have been possible to attempt this hike if you weren’t a local of the Vidigal favela. But now, tourists have nothing to worry about coming to the neighborhood to explore. The climb up to Two Brothers Mountain is short but intense and if you’re fit it will take just about an hour to reach the peak. The views from the top are some of the most stunning in all of Rio, with extensive panoramas overlooking Leblon and Ipanema. 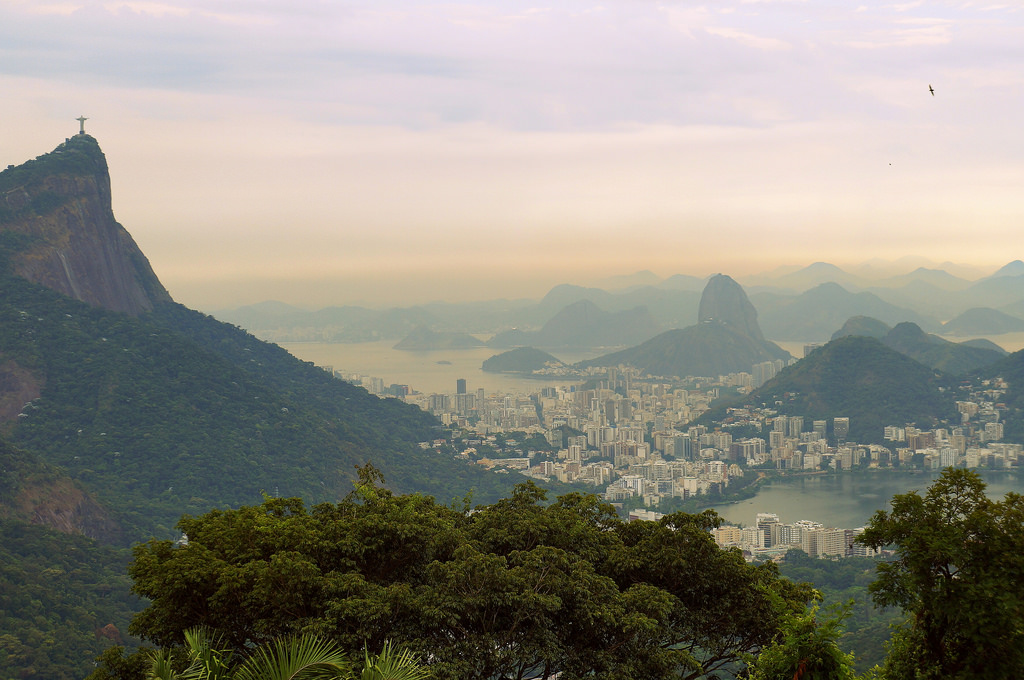 One of the largest urban forests in the world, Tijuca contains hundreds of species of plants, wildlife and Rio’s highest mountain, Tijuca Peak. Hikers can enjoy two different lookouts on the trail leading up to the main pinnacle. The first, Tijuca Mirim Peak, boasts unobstructed views of downtown Rio and the newly renovated Maracana Stadium.

Rio de Janeiro may be known for its beautiful beaches and riveting nightlife, but there is so much more to the city than just sand and samba. Whatever level of adventure you prefer, you’re bound to find it outdoors in Rio de Janeiro.

Casey Siemasko is the co-founder of ACruisingCouple, an award-winning travel blog featuring adventure travel with a dash of class. Her work has been featured in Four Seasons Magazine, Avis Inspires, Travel + Escape, Travel Pulse and more.

http://acruisingcouple.com
Join 100k like-minded travelers by subscribing to iExplore
Join with Email
RECOMMENDED FOR YOU

Yes, You Can Safari in Cape Town: Here's Where

Three Days in the Grand Tetons