Yes, You Can Safari in Cape Town: Here's Where

When you think of traveling South Africa, what comes to mind? Is it stalking lions on safari, or trekking up jagged mountains and gazing out at the ocean below? If these are the kinds activities that you're interested in, look no further.

The beautiful city of Cape Town and its surrounding National Parks are stacked with adventures to keep you busy for a few days or even weeks. 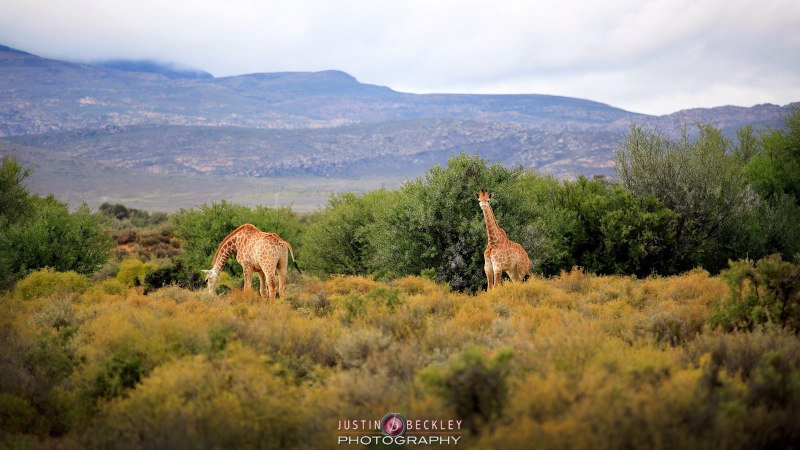 For The Wildlife Enthusiast

If you're willing to venture along the Garden Route, which is about a 5-hour drive from Cape Town, you'll find a variety of game parks. However, if you'd rather stay a little closer to the city, you're still able to spot some wildlife in its natural habitat. The "Big 5" is an old African hunting term which includes the animals that were the most difficult to hunt on foot - rhinos, lions, elephants, buffalo and leopards. Today, these animals are more of a "must-see" safari checklist, with the elusive leopard often being the most difficult.

The Inverdoorn Game Reserve, 2.5 hours from Cape Town, is home to the Big 5, as well as giraffes, hippos, zebras, meerkats, antelope, cheetahs, and birds. After an epic day of animal spotting, you can drive back to the city, or spend the night in the glamorous Iziba Lodge on site. 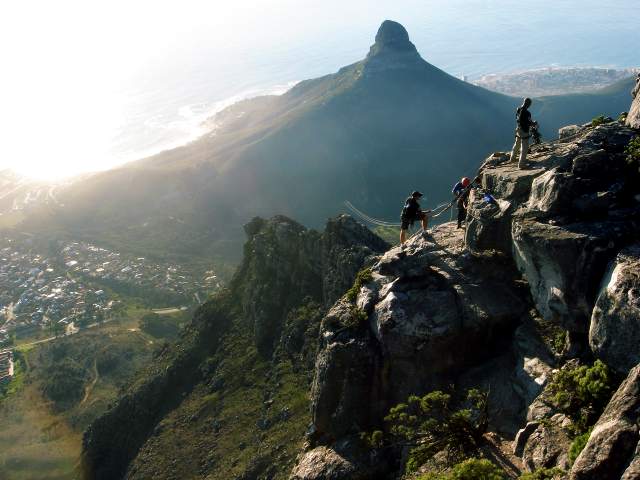 Table Mountain National Park should be high anyone's South African itinerary, but especially those visiting Cape Town. No matter where you are in the city, you'll see the flattop, rocky mountain towering above and has even been listed as one of the 7 new Natural Wonders Of The World. Spanning from Signal Hill in the North to Cape Point in the South, there's a wide variety of activities here.

Trek up the mountain for fantastic views across the ocean, or, if you're feeling a little bit lazy or want to save your energy, take the gondola up. At the top, there are walking trails with more sweeping vistas. This National Park encompasses Boulders Beach, Cape Point and the Cape of Good Hope. Boulders Beach is a great place to see thousands of African Penguins, while the latter two offer animal spotting (antelope, zebra, baboons, and birds) as well as hiking through the brush, and along the coast.

For The History Buff

Cape Agulhas, at the southernmost tip of Africa, is a place of extremes, wonder and history. For years, explorers wanted to conquer the crossing where the Indian and Atlantic Oceans meet, which was the most dangerous passage of their time due to strong ocean currents and gale-force winds and waves up to 30 m high. The coastline is a graveyard of ships with over 140 meeting their demise.

Make sure to visit the lighthouse, which has a small museum, a restaurant and views out to the Ocean. Look out for Birkenhead Rock, which was the rock that sunk the famous Birkenhead ship in 1852.

Regardless of whether or not you're interested in history, it’s still an incredible place to visit. Standing at the most southern point of Africa with the waves crashing behind you is an experience you'll never forget.

South Africa is filled with a wide variety of National Parks and Reserves, and lucky for you, you won't have to venture very far from Cape Town to get a taste of some of the many parks that this diverse country has to offer.

If You Only Make it to One City in South Africa, it has to be Cape Town

Where to Wine and Dine in Cape Town

Kenin Bassart is 1/2 of theconstantrambler travel team. He and his wife Lauren have spent the last 3 years road tripping across the world to find the best spots to unwind, discover adventure, and enjoy a local craft beer.

https://www.theconstantrambler.com
Join 100k like-minded travelers by subscribing to iExplore
Join with Email
RECOMMENDED FOR YOU

If You Only Make it to One City in South Africa, it has to be Cape Town