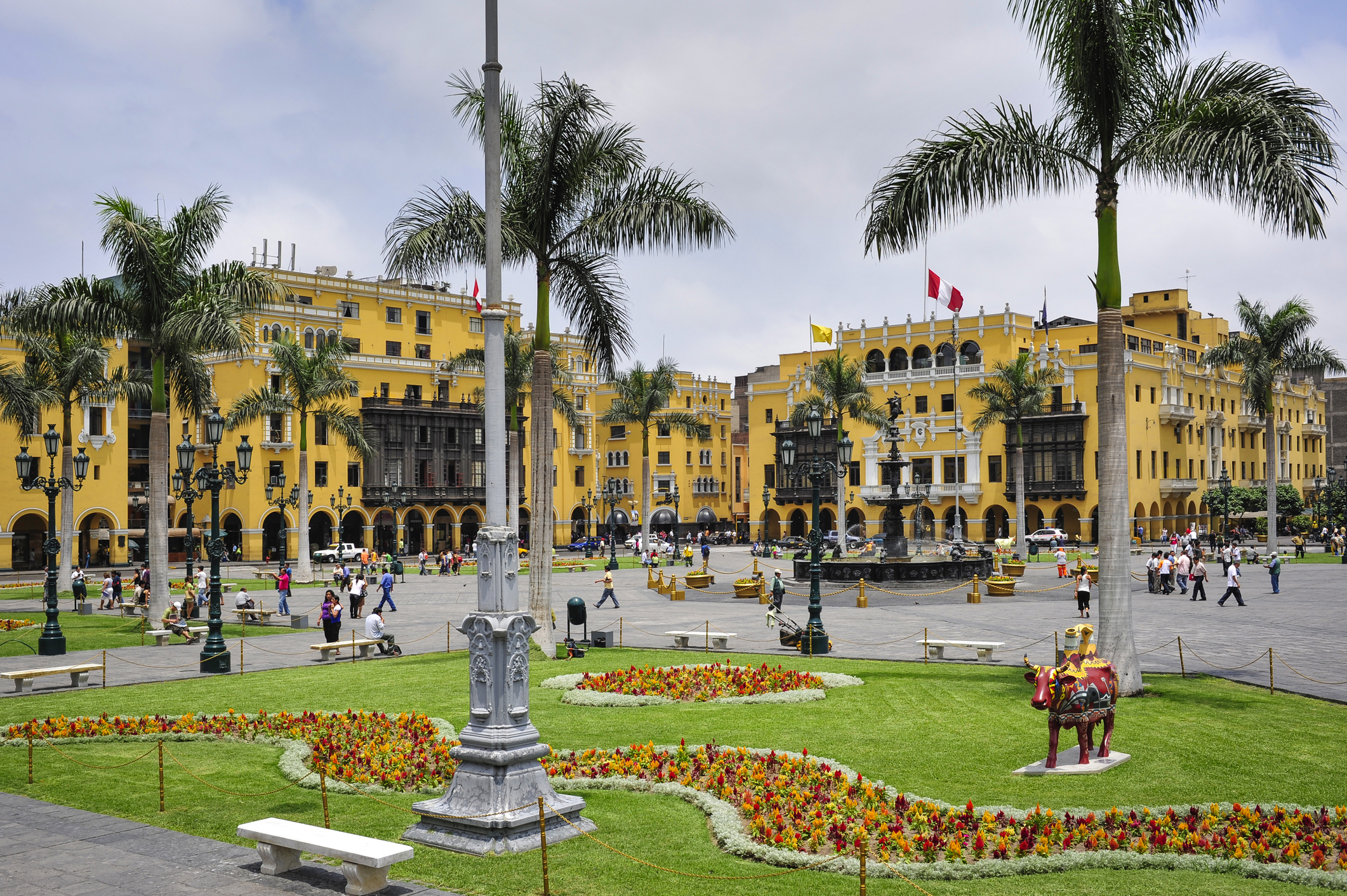 Many travelers only give Lima a cursory glance on their way to more exotic climes such as Cuzco, Machu Picchu, Lake Titicaca or Arequipa. If you’re more interested in other locations or simply don’t have the time for more than just a brief lay over in Lima, rest assured in 24 hours you can take in plenty of the city’s fabulous parks, stately museums, baroque churches and gastronomic experiences that will more than give you a taste for the Peruvian capital. Our guess is it will also have you wishing you’d given Lima a few more days.

While Lima is Peru’s cultural and business center and the third largest city in South America with nine million inhabitants, it actually moves to a slightly slower pace than you might expect despite the traffic and some chaos. There are also elements of contrast here from ultramodern neighborhoods to lovely colonial architecture or run-down shantytowns. And while the city has a desert location it also boasts one of the world’s largest fountain parks. Lima lies on flat terrain near the coast and has both a tropical and desert climate. It surprisingly is neither very hot nor very cold, although in winter it is almost constantly swathed in mist.

There are a couple of ways to start your day in Lima. One of the best places to get acquainted with this city is with the morning cries of fish and vegetable sellers at the Surquillo district, where you can see a lot of the fresh ingredients used in Peruvian cooking. Get your fill on local specialities and make sure you have a douse of Peruvian coffee to start the day.

Alternatively if your bent be for a morning surf, stroll down the walkway of the Bajada Balta to the beach. You might need to don a wet suit for the cool Pacific Ocean water but you could easily catch a few waves before breakfast like many of the locals do.

From here, head down town to explore the city’s historical center. Actually you could start right at the original center in the grand Plaza de Armas where Lima was founded in 1535. Surrounding the square are a number of historical buildings including the Presidential Palace where you can watch the changing of the guard at noon or go inside for a free guided tour. In the square you can also see the City Hall, the cathedral and the Archbishop’s Palace.

Central Lima has a number of fine colonial-era churches and mansions that are worth visiting. You might want to see Lima’s most famous palace, Palacio Torre Tagle, Casa Aliaga the oldest house in Lima or the well-preserved Church of San Francisco where you can also feed the pigeons. There are many public and private museums in Lima and it can be hard to know where to start. Museums that come recommended include the Museum of Inquisition, Bullfighting Museum, the National Museum and the Larco Museum.

The place to wile away the afternoon is Miraflores, one of the city’s 43 districts that is renowned for its green spaces. El Malecón is a six-mile stretch of parks and located on cliffs above the ocean. The parks are dotted with walkways, statues, bridges, ravines, parasailing points and even a lover’s section appropriately named Parque del Amor.

Miraflores also has a food, shopping and entertainment district called Larcomar. It too is built into the cliff-side and is a good spot for buying souvenirs. If you don’t have time to head to Peru’s more well-known ruins, like those at Machu Picchu, then you should make an effort to get to the Huaca Pucllana site where excavations are ongoing. The site dates back to 500 A.D and is open until about 5pm.

As evening settles head to the seaside district of Barranco. This rather artistic place features brightly colored bungalows and tranquil footbridges leading to the sea. You could catch the sunset before dinner at the Bridge of Sighs, a rather attractive low wooden structure on a stone walkway running through the district.

In the evening Barranco really comes alive and is a great place to eat. Local food and drink specialties to try include the national drink, pisco sour, a frothy, eggy, brandy concoction with a bit of punch, and ceviche, a classic seafood dish with raw fish and hot chilli and spicy citrus that was eaten by the Incans. If you’ve still got the energy after dinner, don’t call it a day just yet, Barranco is also a hot spot with discos, pubs and bars and a good place to end your day in Lima.