Bordered by Colombia to the southeast and Costa Rica to the northwest, with beautiful coast lines touching both the Caribbean Sea and the North Pacific Ocean, Panama is a Central American country with a lot of flavor and flare. It's strategically located on the isthmus that forms the land bridge connecting North and South America and controls the Panama Canal that links the North Atlantic Ocean with the North Pacific Ocean, which is one of the most important shipping routes in the world and a top tourist attraction. The ease of travel and wide array of experiences to be had has made Panama one of the most attractive emerging tourist destinations in the world. With just one week of travel, visitors can enjoy two different oceans, experience both the mountains and the rainforest, learn about native cultures and partake in the vibrant urban life that populates the larger cities, like the capital of Panama City. The capital is a modern, sophisticated metropolis that will remind visitors of the laid-back lifestyle of Miami, with a booming tourist industry and plenty of shopping and dining options. 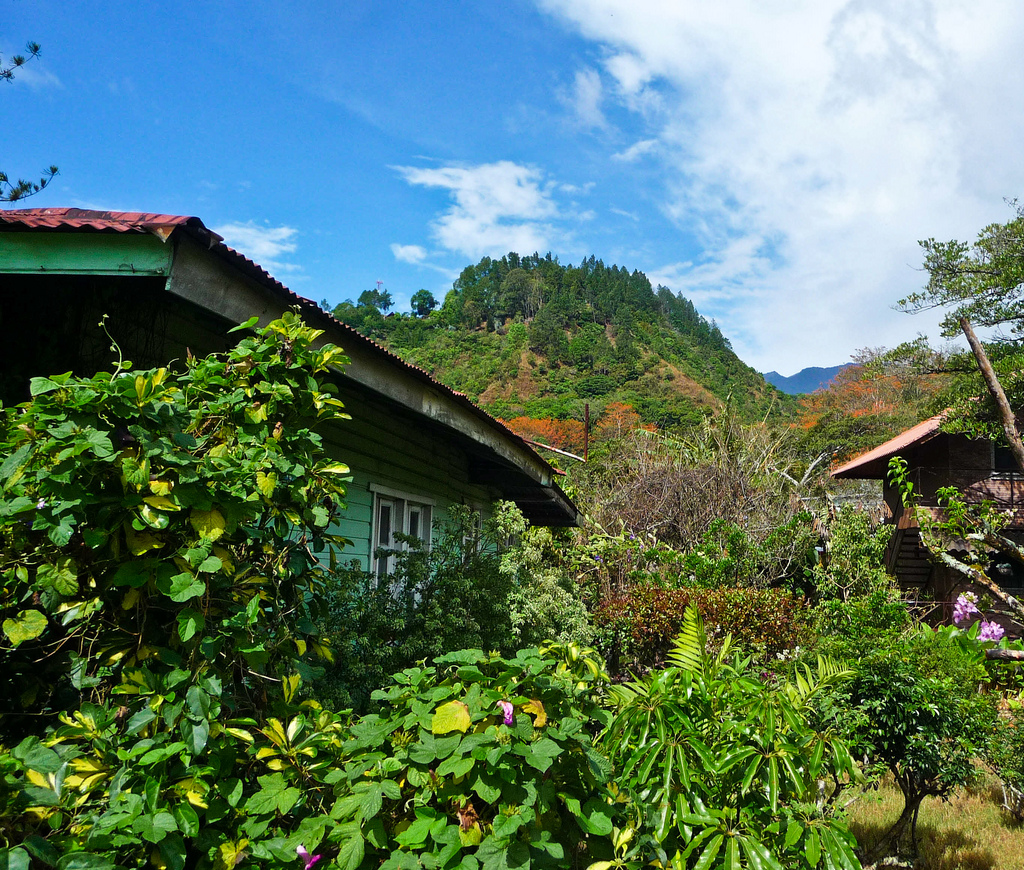 The country is known as the "Crossroads of the Americas" due to its privileged position between North and South America and is easily within a day's flight for anyone visiting from the states. Panama is also a prime vacation destination for those seeking out a bit of adventure on their trip. The indigenous meaning of the country's name, "abundance of fish," reflects Panama's reputation as a paradise for water sports enthusiasts and eco-tourists alike. Whether you're into scuba diving and sailing or water skiing and jet skiing, Panama has a little but for everyone.

As the isthmus connecting two massive continents, Panama's flora and fauna is incredibly diverse. In fact, Panama was recently named the country with the most bird species in the world at over 900. The country also has an incredibly rich cultural fabric, as many indigenous tribes are still thriving and living in the same ancient manner as their ancestors. However, Panama is also appealing to many outsiders for its strong economic infrastructure and modern day conveniences that are more highly developed than its Central American neighbors. Over 25,000 U.S. citizens live in the country now, a testament to just how mesmerizing the culture and flourishing surroundings can be to visitors from not only the U.S., but also around the world.

Although it would take a whole book to outline Panama's best attractions, here are a few top spots to hit should you find yourself in one of Panama's cool cultural cities. 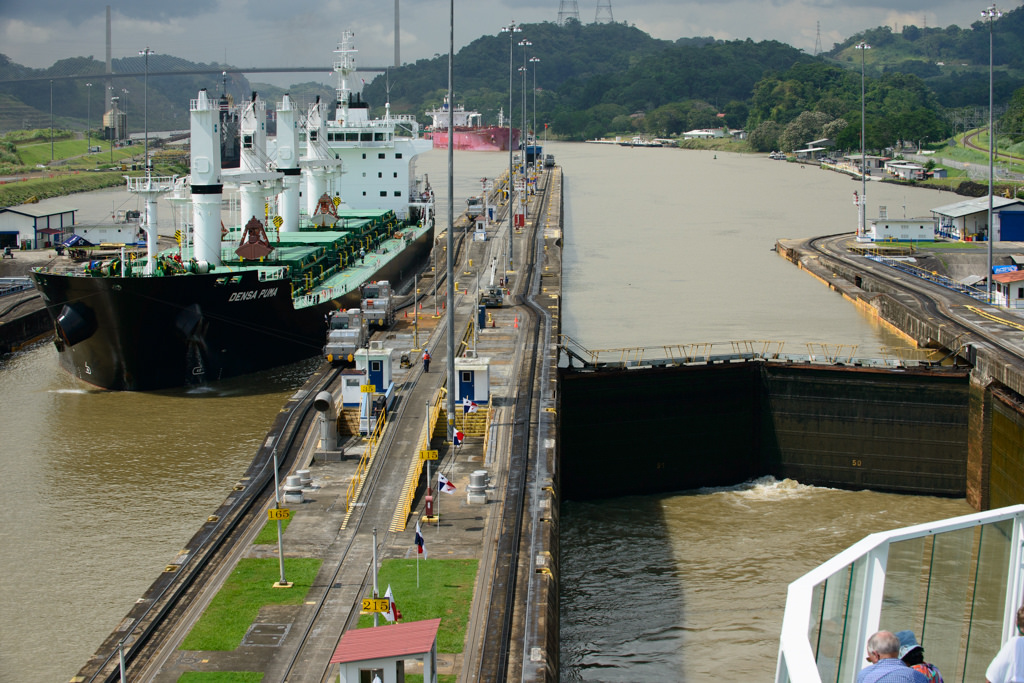 Commonly called "the eighth wonder of the world," the Panama Canal is one of the biggest, if not the biggest, tourist destinations in the country. It took 250,000 people from all corners of the globe more than 10 years to build, and it stands as a monument of mankind's ingenuity and power of conviction. Not only is it an architectural feat if there ever was one, it is a unique experience that cannot be reproduced anywhere else in the world. See 5,000,000-ton vessels rise and drop more than 50 feet as they make their way over Panama from one ocean to another, and learn about the history and future of this marvel of modern engineering. While in Panama City, a "must-do" is a visit to the new Miraflores Visitors Center at the Canal, which is a state-of-art visitor center with four exhibition halls: Canal History, Water the Source of Life, The Canal in Action and the Canal of the World. The exhibitions include historical objects of Canal operations, interactive modules, video presentations, and models of the Panama Canal. There is also a snack bar and a restaurant with stunning Canal-side views for when you've had enough of a history lesson for the day and simply wish to sit back and relax. Each exhibition hall has their own unique offerings, so be sure to make enough time so that you have a little bit to spend in each. One of the more popular halls is The Canal in Action, which depicts in an amusing manner how the Canal operates and allows visitors the experience of being inside a navigation simulator and one of the lock culverts. This exhibition also showcases Canal improvement, modernization, and maintenance projects, which should be of interest to the engineers of the world. 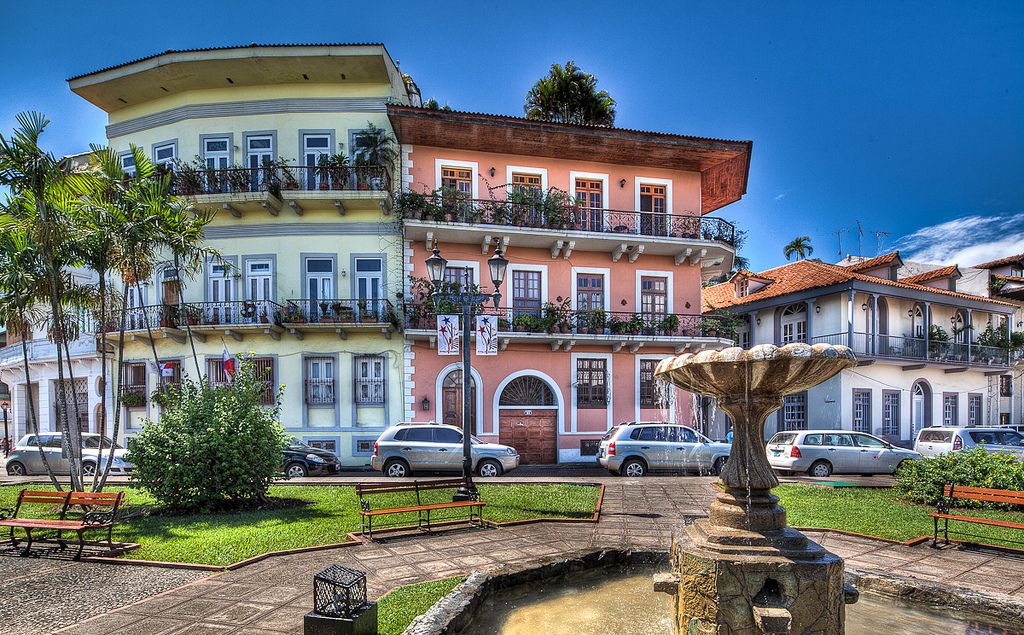 Also located in the thriving capital of Panama City, Casco Viejo is another top tourist destination for a true cultural experience. Absorb history by walking around the 337-year-old neighborhood as most of Panama City's historical buildings are located in the 38-block area. From the Golden Altar of Iglesia San Jose to the Canal Museum, every corner of the old city has something of significance. There is sure to never be quiet moments when visiting, as the true Panamanian sights, sounds and smells fill the air and envelope travelers who will feel as if they have taken a step back in time. Street peddlers cry out from all corners trying to attract you to their goods, which include things such as soft corn wrapped up in leaves, a Panamanian favorite. Other sights to enjoy include the presidential honor guard's cheerful early morning calisthenics and the Kuna Indians selling colorful molas on the Paseo de Bovedas as lovers stroll hand in hand catching glimpses of the distant Canal or early morning soccer games in the area's many public parks. 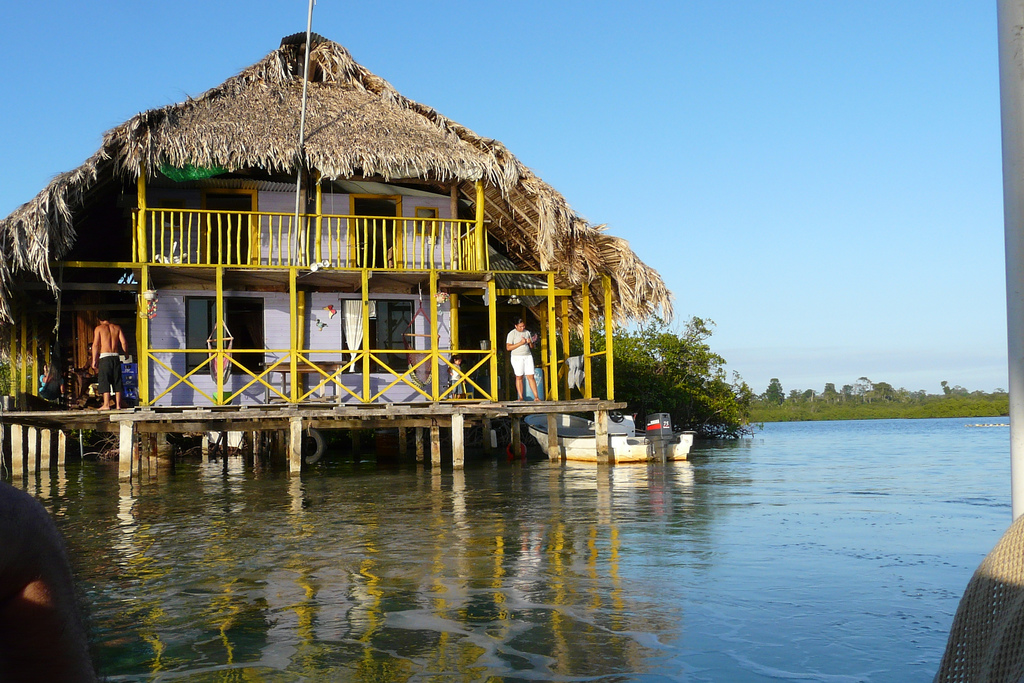 If you're looking for adventure and a chance to get in touch with nature, there is no better place to visit than Panama's second biggest tourist destination behind the Panama Canal, Bocas del Toro. In fact, the city has such a draw for the adventure-minded that it has been used by 18 different countries to film their "Survivor" television series. Bocas is part of an exotic archipelago with islands of aqua blue waters on palm-lined white sand beaches set against nature-dense rainforests. It is the perfect place to relax on a white sand beach with scarcely a soul in sight, making it a perfect destination for couples seeking a luxurious romantic getaway and families who want to have quality fun and experience in nature at its prime. The most popular activities are boat tours to nearby islands for beaching, snorkeling, diving, dolphin observation, rainforest sights, bat caves and indigenous tribe villages. It is also a Mecca for surfers, filled with enough spots for all to enjoy no matter your skill level. Most hotels are located in Bocas town on Colon Island and the actual town of Bocas is fun and laid back with a surprising selection of good restaurants and nightlife spots. Many locals also speak English for those worried about communication barriers. 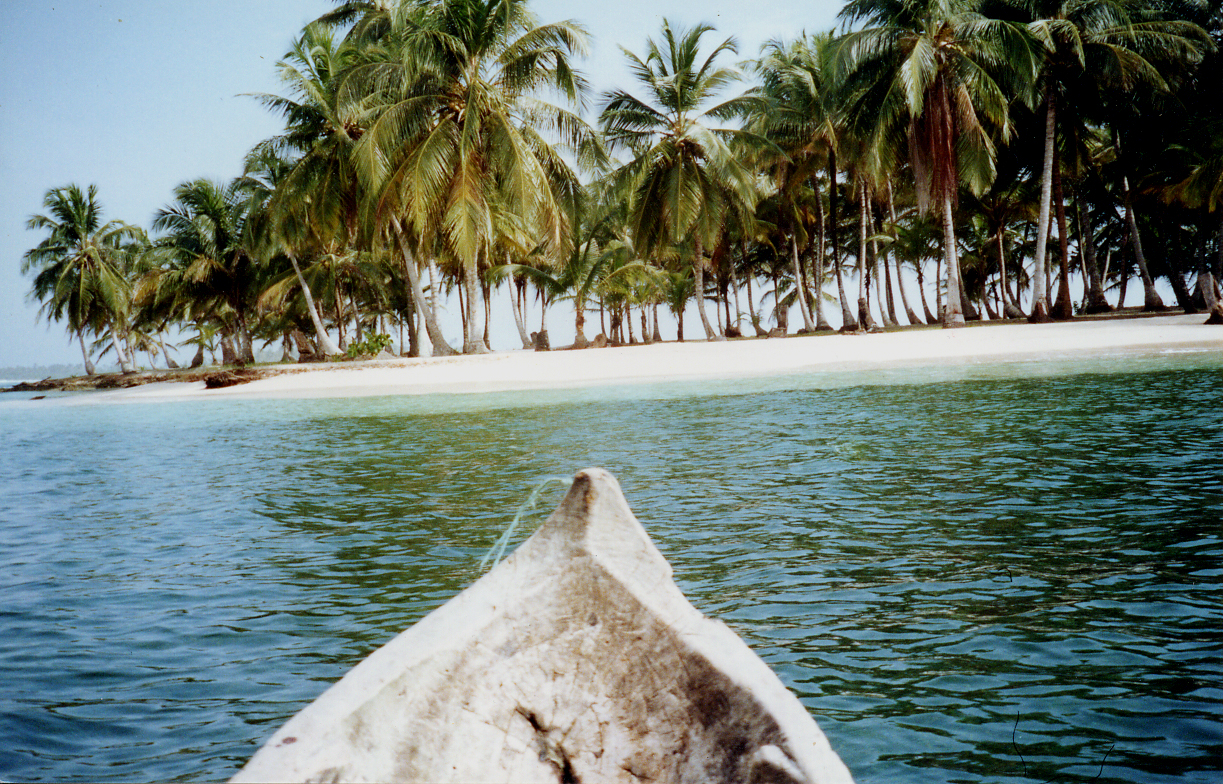 For those travelers looking for a trip "right out of the pages of National Geographic," there is no better place to visit than Panama's San Blas Islands. They offer two unbeatable attractions: Caribbean islands of stunning pristine beauty and an opportunity to visit the Kuna Indians, a living Indian culture with a fascinating culture and way of life. The islands have been ranked by many to be among the top tropical paradises in the world, with an archipelago made up of 365 islands, nearly all picturesque and palm tree covered, uninhabited and set in indescribably beautiful aqua waters. The San Blas islands are also the place to go if you truly want to "get away from it all" surrounded by nature. The islands territory is owned by the Kuna Indians and they have kept everything natural and authentic to ensure a memorable experience void of any indication of modern day architecture, like steel or glass. No trip to the San Blas would be complete without one of the infamous Kuna Indian Village Tours. You will be in awe of the homes that are mostly made of bamboo and thatched roofs where everyone sleeps in a hammock and you can buy the famous mola embroideries directly from the Indian woman artisans. Don't forget to take photos of Kuna women in their colorful regalia and learn about their unique way of life and their longtime successful battle to be an autonomous people. Other key spots include their tribal meeting house and herbal medicinal gardens. 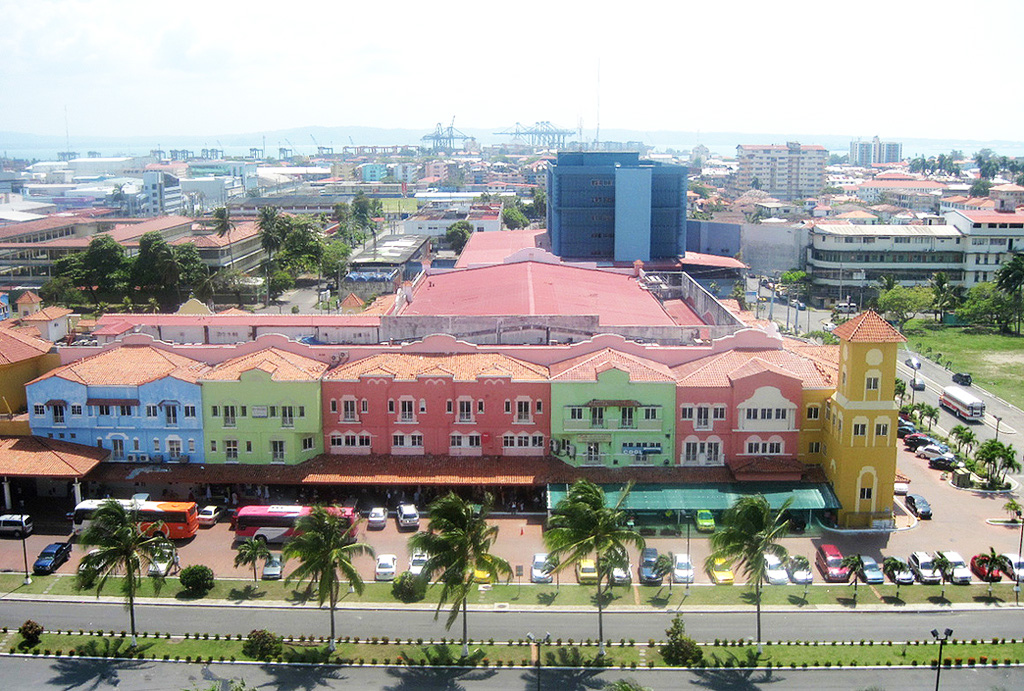 Less than two hours by car from Panama City is the extraordinary province of Colon with major historical sites, beautiful beaches and the second largest free trade zone in the world outside of Hong Kong. Set along the turquoise waters of the Caribbean coast, the province has a wide variety of attractions and destinations, including Portobelo, a picturesque bay side town with the ruins of five Spanish forts and a restored Spanish Colonial treasure house. In Spanish colonial times the Portobelo Treasure House was the center for trans-shipment of all the Peruvian gold and treasure stolen from Latin America to Spain. Spanish galleons came and went constantly and many trade fairs were held there. Just before you come into town, there are the picturesque ruins of Fort Bateria Santiago with many cannons and a sentry tower. Another key attraction in Colon is Achiote Road, one of the world's best birding spots. It's about a 1.5-hour drive by highway from Panama City and is a perfect place to take in the country's 900 species of birds. Before you head out, make your way to the Black Christ Museum. It is a museum dedicated to Portobelo's patron saint and displays many robes and religious paraphernalia belonging to the statue of the Black Christ, which is honored in a big town festival every October 21st.

The Ngorongoro Crater: The Best Place to Animal Watch in Africa

Off the Beaten Path Adventures in Turkey