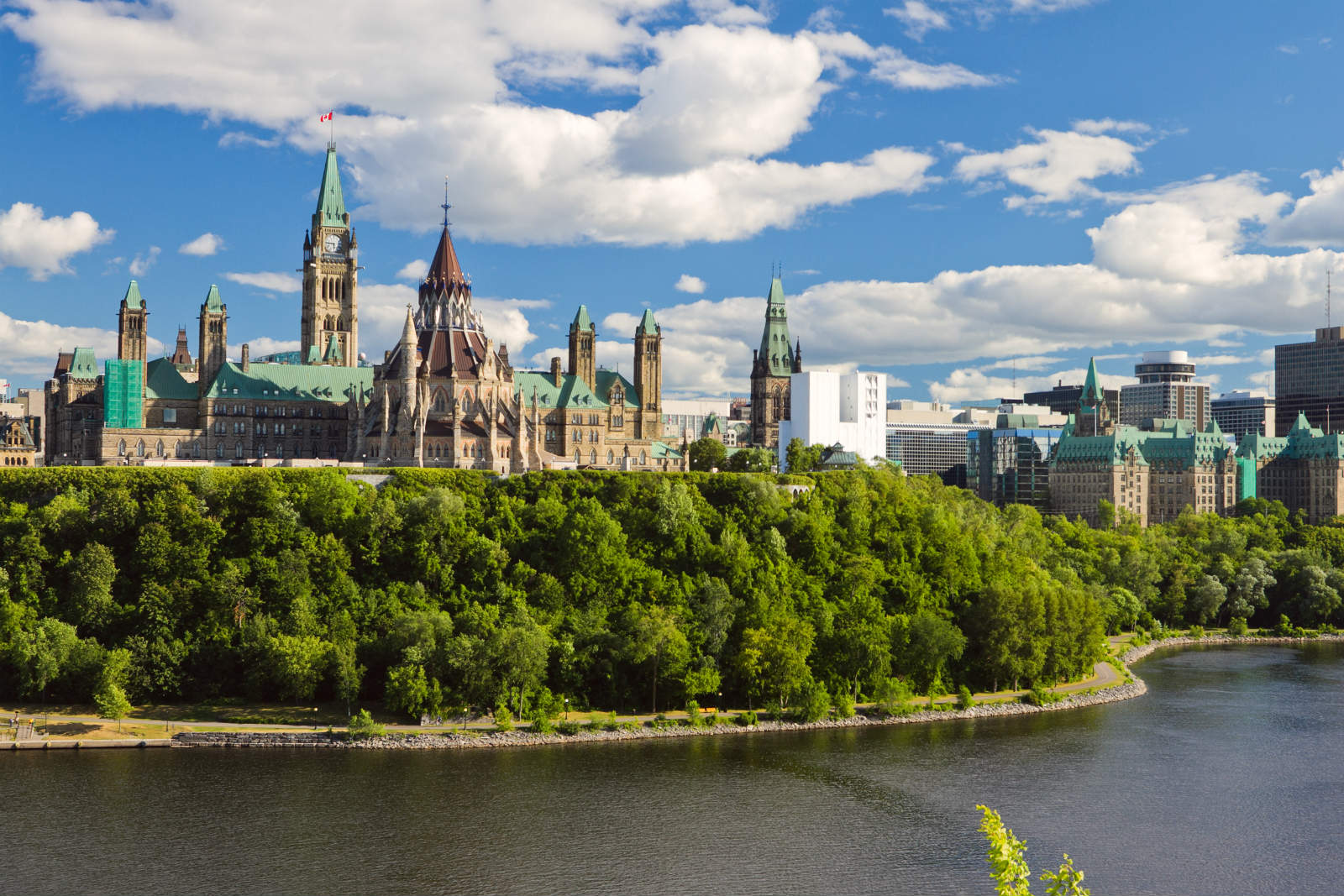 Each year, more than half of Canada’s immigrants choose to settle in Ontario, the most populous and most centrally located of the country’s provinces. A quarter of Ontario’s nearly 13 million residents and almost half of the population of its provincial capital, Toronto, were born outside of Canada. Ontario is also the first stop for many of Canada’s tourists, not only for its big city attractions, but also for the natural beauty found in its vast wilderness.

The Western Hemisphere’s highest free-standing structure, the 1,815 foot CN Tower, soars high above the skyline of Toronto. Toronto is Ontario’s provincial capital, Canada’s most populous city, and one of the most multicultural communities on Earth. On clear days, visitors can see 75 miles away to another famous Ontario attraction, Niagara Falls, from the CN Tower’s SkyPod observation deck. Canada’s national capital, Ottawa, lies 250 miles north of Toronto. Ottawa’s Rideau Canal, one of Ontario’s most popular boating sites in summer, freezes into the world’s longest outdoor ice skating rink once winter arrives.

Halfway between Ontario’s two largest cities lies Algonquin Provincial Park, which contains over 745 miles of streaming waterways and more than 2,400 lakes within a land mass larger than the American state of Delaware. No freshwater beach on Earth is bigger than Wasaga Beach, while Fathom Five National Marine Park offers Ontario’s finest scuba diving around the shipwrecks beneath Georgian Bay. Ontario also boasts the world’s largest number of canoe routes, many of which are situated within the province’s sparsely populated northwest.

Ontario’s most luxurious hotels may be located in Toronto and Ottawa, but good quality accommodations can easily be found in nearly all corners of this large province. Fully-furnished self-catering cottages and quaint bed and breakfasts are also commonly found throughout Ontario, and renting recreational vehicles is among the most convenient way to explore the province’s isolated north. Advance booking is essential in summer and during popular Ontario festivals like the Kitchener Waterloo Oktoberfest and Ottawa’s Winterlude.

Ontario is easy to enter by air, rail, or road. The border crossing between Windsor, Ontario, and Detroit, Michigan, is among the busiest on Earth, but visitors can also enter Ontario through the United States at numerous other locations. Many visitors also choose to fly to smaller Ontario cities from Toronto Pearson International Airport, the biggest airport in all of Canada, as flying is often a much faster way to travel across this large province than driving or taking the bus.

Only New York City and Mexico City’s public transit systems boast more passengers than Toronto’s efficient bus, streetcar, and subway network. Ottawa has a light rail system called O-Train in addition to its own reliable bus network, but dependable public transportation is often hard, if not impossible, to find in many smaller Ontario communities. Ferries are among the main ways to travel to Manitoulin Island, the world’s biggest freshwater island, and Pelee Island, Canada’s southernmost point.